Red Dead Revolver, The 2004 Game Where It All Began

clipsred dead redemptionred dead redemption 2red dead revolverRetrorockstar san diego
To sign up for our daily newsletter covering the latest news, features and reviews, head HERE. For a running feed of all our stories, follow us on Twitter HERE. Or you can bookmark the Kotaku Australia homepage to visit whenever you need a news fix.

Back in the year 2000, Angel Studios in San Diego began development on a video game Western. They were making it for Capcom, the Japanese publisher of series like Street Fighter and Resident Evil, and I think it’s safe to assume not a single person involved could have predicted what would happen next.

An action game built around the idea of climactic shootouts, and with a heavy dose of spaghetti western inspiration, the game that would eventually become known as Red Dead Revolver enjoyed — not for the last time in the series — a troubled development.

Having missed a number of planned public showings in 2002, at both the European Computer Trade Show and Tokyo Game Show, Capcom decided to cancel the game, announcing in 2003 that they’d no longer be funding or publishing the title.

But that wasn’t the end. Take-Two had actually bought Angel Studios back in November 2002 (renaming them Rockstar San Diego), at the time making no mention of the fate of Red Dead Revolver. But following Capcom’s public cancellation, it was announced in December 2003 that Rockstar had liked what they’d seen of the game, bought the rights to the name from Capcom and decided to continue development on it, headaches and all. 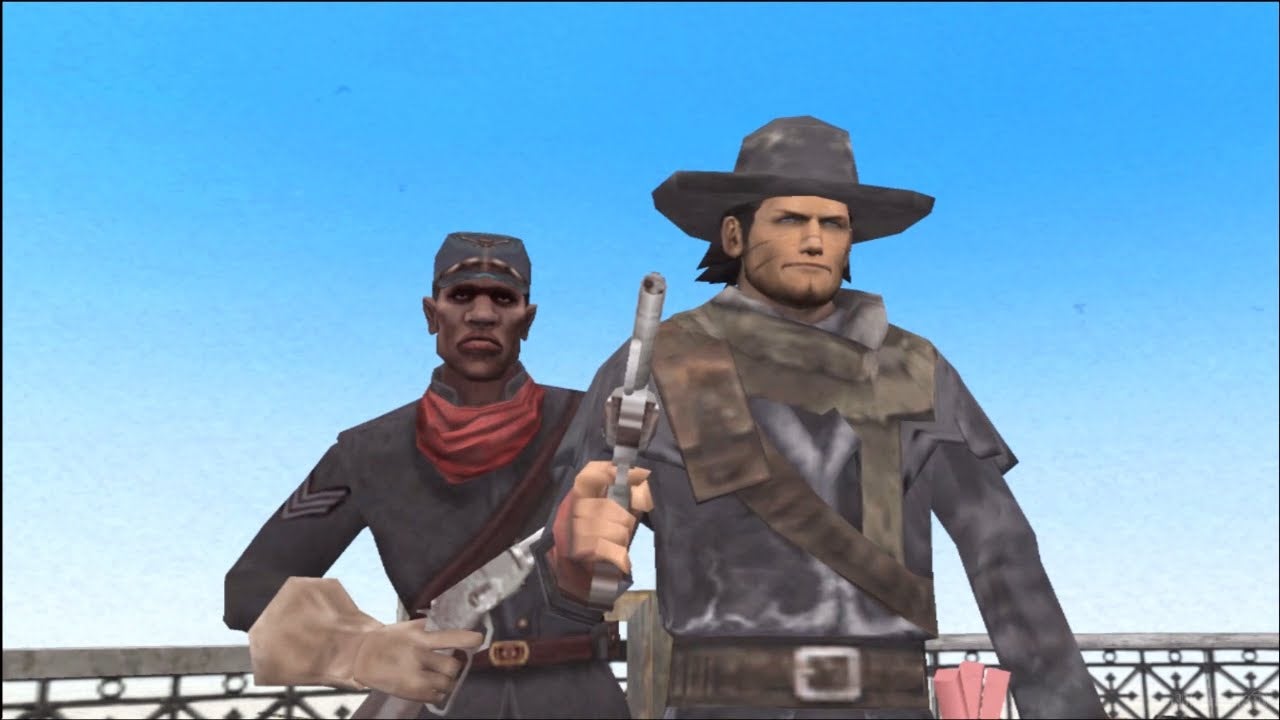 “The one that always caught our eye was this cowboy game that looked very good”, Rockstar’s Dan Houser recalled to IGN in a 2010 feature. “For the time it looked visually spectacular, but also speaking to the management guys there it was a complete mess. It didn’t really exist as a game.”

“Capcom were prepared to walk away from it, so we said we’d finish it and all they ever wanted was the rights to publish it in Japan if we ever did finish it — which they never thought it could be.”

It could, though, and after 10 months of extra work — in which Rockstar “reverse engineered some things and left some things as they were” — Red Dead Revolver was released in May 2004.

It’s a much more intimate game than its successors; rather than dropping the player in an open world and leaving them to fend for themselves, Red Dead Revolver employed a cast of characters and constantly switched between them, taking part in various run-and-gun action game stages.

A neat (and appropriate) break from this were 1v1 quickdraw shootouts, which broke the lightning-fast act of out-gunning an opponent at high noon into a slow-motion quick-time event.

The game was far from a blockbuster smash, and had its problems, but what was there had two things going for it: it was a video game western, often a rare and beautiful thing, and it was cool.

Red Dead Revolver wore its spaghetti western inspiration on its sleeve, and if there’s one thing Rockstar — from GTA to The Warriors — love doing more than anything else, it’s injecting their video games with massive doses of cinematic tribute.

The game was successful enough (or the genre showed enough promise, at least) that a year later in 2005 Rockstar decided to begin work on a follow-up. Red Dead Redemption, eventually released in 2010, was created by over 800 developers (Revolver had just over 100), was set in an immense open world and would go on to become one of the most critically-acclaimed video games of all time.

It’s probably wrong to call Redemption a true sequel to Revolver, since it didn’t have much in common with its predecessor other than the name and the genre (the characters, locations and even tone are entirely different between games), but one thing that did carry over was the shootout system.

What’s now know as Dead Eye, a standout feature of both Redemption and Redemption 2’s gunplay where time is slowed and multiple targets can be marked before the camera speeds up and guns them down almost instantly, was first introduced in Revolver.

As you’re enjoying the untamed wilds of Red Dead Redemption 2 over the next few weeks, then, remember that you wouldn’t be enjoying them at all had it not been for a bad Capcom business deal.

From tip to tail, Red Dead Redemption 2 is a profound, glorious downer. It is the rare blockbuster video game that seeks to move players not through empowering gameplay and jubilant heroics, but by relentlessly forcing them to confront decay and despair.