Return Of The Obra Dinn: The Kotaku Review

lucas popepaperspleasepuzzlereturn of the obra dinn

“Realistically I think it’ll take me around half a year,” Lucas Pope wrote four and a half years ago about his game Return of the Obra Dinn, which he released today.

What’s four extra years when the results are this brilliant? Meticulously constructed, from the stippled black-and-white graphics to the intricate, devious logic puzzle at its core, Obra Dinn is a unique and fascinating tragedy.

Pope’s last game, 2013’s Papers, Please, was widely praised for its politically-charged premise (you’re a border agent in a totalitarian dystopia) and unique gameplay (shuffling papers around a too-small desk and trying to figure out who to let through the gate).

While Return of the Obra Dinn is an entirely different game, you can see the similarities in its core gameplay loop, which is about the agony and joy of scrutinising tiny details and making connections between them. 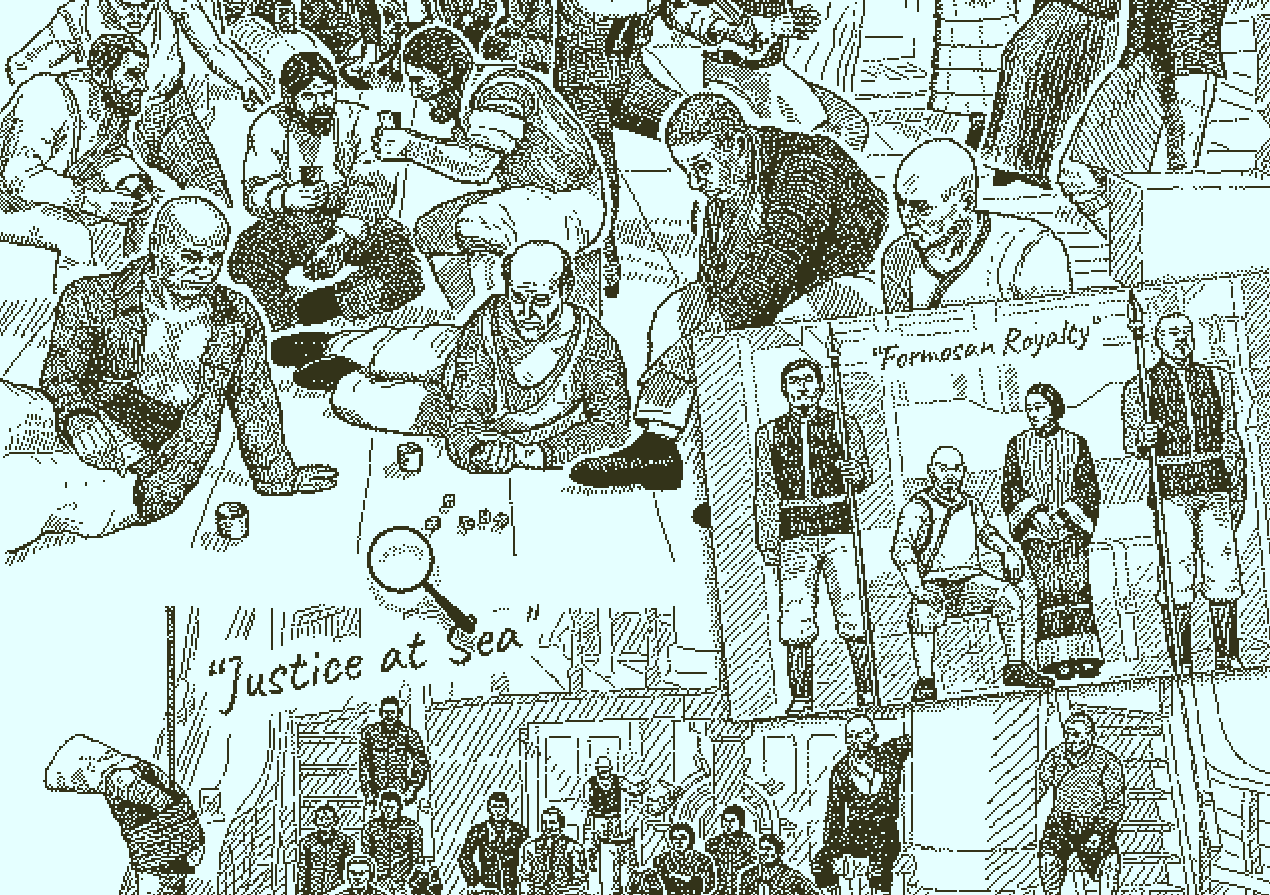 The Obra Dinn is a ship that was lost at sea in 1803. Good news: It’s now 1807 and the Obra Dinn has just returned to port. Bad news: The only people still on it are dead.

As an insurance adjuster, you have to figure out what happened aboard the Obra Dinn, armed only with two ordinary household objects: A book that holds a copy of the ship’s manifest and other assorted documentation, and a cursed pocketwatch that can, when used near a corpse, show you the moment they died.

What you soon find out is that Obra Dinn is one massive, interconnected logic puzzle. More specifically, it’s a logic grid — those puzzles that tell you five people ran a race and then each ate a different fruit, give you clues such as “the woman who came in third didn’t eat a kumquat”, and ask you to figure out who did what.

In the game’s case, you have to use observation and deduction to determine the ultimate fates of each of the people who were on board the Obra Dinn when it originally left port.

In the simplest iteration, you examine a corpse and are taken to a static scene that shows one person shooting another, the people frozen like mannequins in their last moment.

You now have the freedom to walk around this scene and examine all the details, but the key insight is that one person shot another. You can then open up your book, find the picture of the person who died, and select their fate (“shot”, in this case) from a menu. 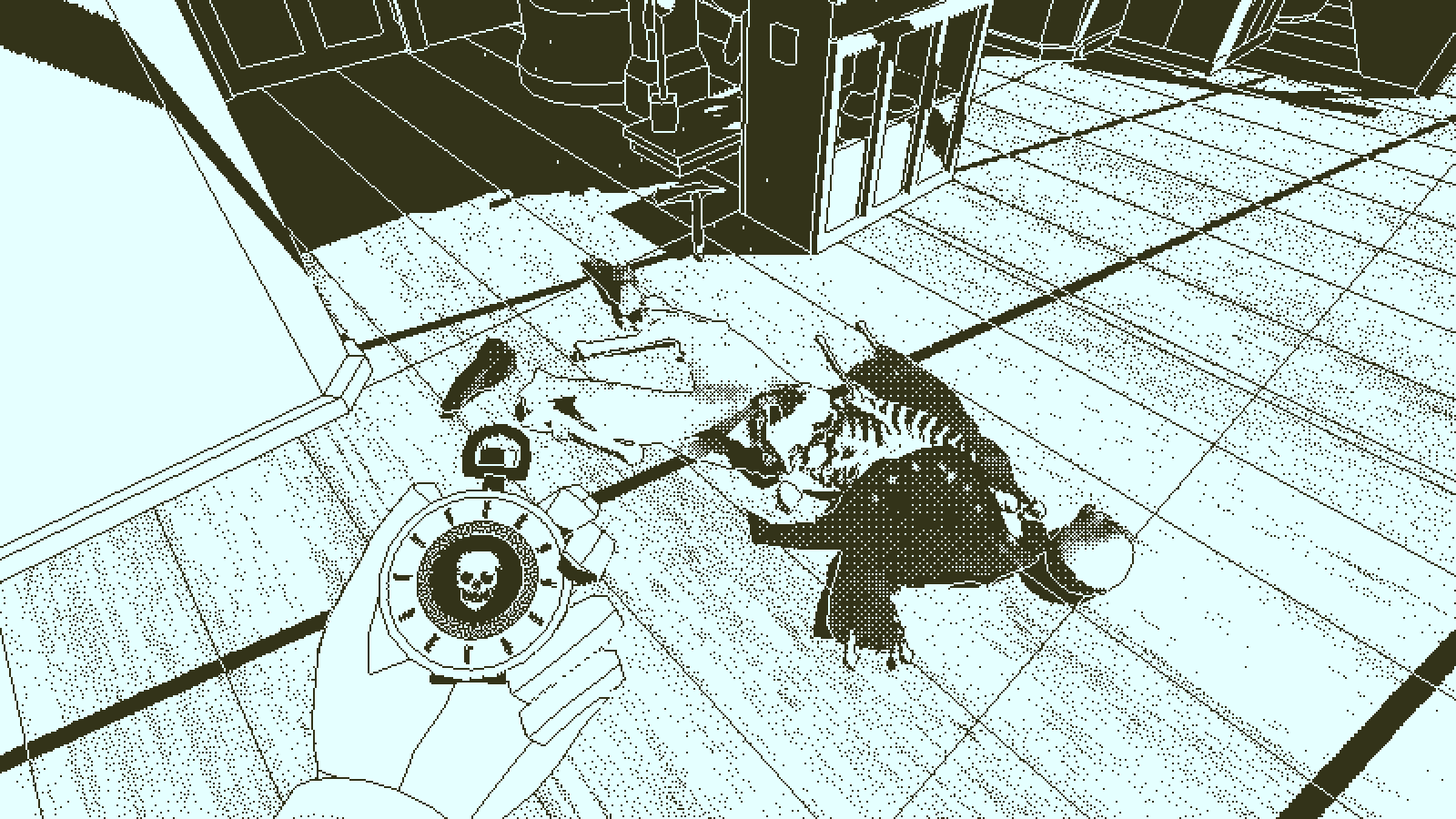 Bu that’s just one third of one puzzle, because you don’t know the names of either the killer or the victim.

You have a list of the names and positions of those who were on the ship. Before you see each death scene, you might hear a few lines of dialogue, which will give you some clues if you pay attention. There is enough information to figure everything out without guessing — but it’s just enough information.

Obra Dinn makes it just difficult enough to put together its answers that it had me instantly hooked, combing detail after detail in the hopes of getting one more piece.

All the while, as you go from death to death to death, you dig deeper into the mystery of what happened to the Obra Dinn. This is the other half of the game’s appeal: The story is vivid, dark, emotional and constantly surprising. It’s a simple story, but since it’s told in backwards fragments, it takes a while before it all gels together into a sequence.

There’s a dreamlike vibe to it, which is aided by the use of dithered 1-bit monochrome graphics that mimic early computers such as the Macintosh. (There’s even an option in the menu that lets you switch the colour scheme to other classic mono monitors such as IBM or Commodore.) 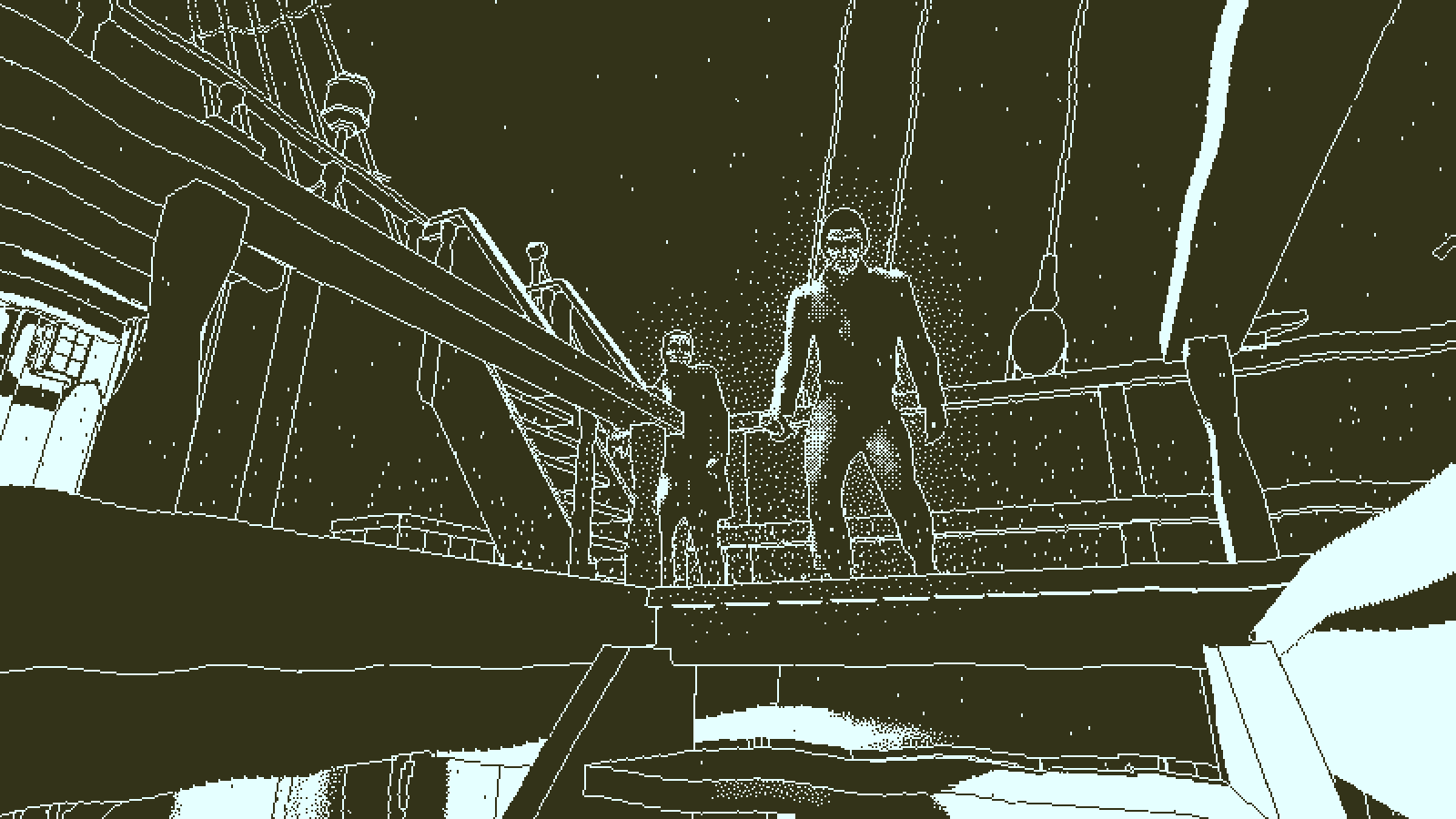 It isn’t just a stylistic quirk on the designer’s part; the black-and-white designs make the entire game world look like documentation, an artist’s rendering of the tragic events.

The music, also composed by Pope, accentuates the drama and is tightly integrated into the game in some pleasing ways I’ll let you discover for yourself. It’s also catchy as hell, which is nice when you’ve been listening to one track on loop as you study every pixel of a death scene.

This game is a master class in minimalism. It brings its characters to life with one colour, no animation, and a few minutes’ worth of voiceover. The world is crafted as carefully as the puzzle it contains, with everything inessential shaved away.

And the fact that this artfully-made world hides all the hints to the game’s central puzzle means that you have to study and appreciate those details to succeed. 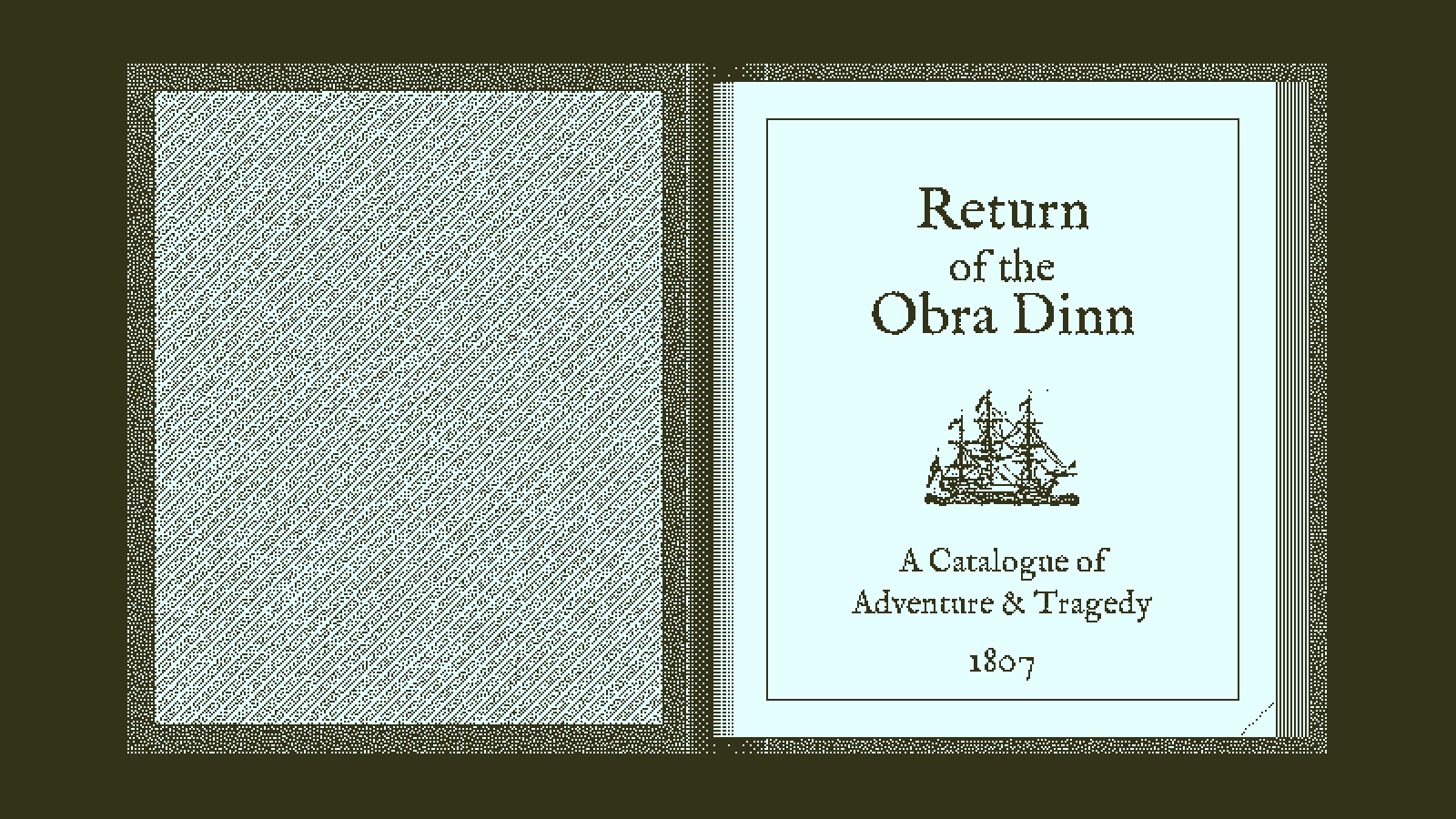 'The ship just hit the fan.'

Some potential causes of death are so similar that it can take a little bit of guessing what the game wants you to say.

About 15 hours, solved all puzzles

Obra Dinn is not easy. Its puzzles are never mean or particularly tricky, but it gives you a lot of information to sift through and doesn’t hold your hand.

The book is a valuable resource, since it keeps track of the people you’ve seen and tells you what memories they can be found in. There was only one time when I had to take an IRL note on a piece of paper because I had key information that the book didn’t track for me. But even with the book as your companion, you will have to think hard to solve the puzzles.

I’m such a puzzle nerd that the idea of solving Obra Dinn, with its clues hidden everywhere and a story joining it all together, was something I’d been looking forward to for a long time. The experience was as captivating and memorable as I’d hoped. I was glued to it until I was done.

My only wish is that I could erase my brain and play it again.