Seven Things I Love About Starlink So Far

Ubisoft’s toys-optional toys-to-life space opera arrives this week on Xbox One, PlayStation 4 and Switch. While I’ve only had a couple of days to dive into the sci-fi adventure, I’ve already found several things to love about Starlink: Battle for Atlas.

In Starlink, a group of crack pilots headed by genius astrophysicist Victor St. Grand journey to the Atlas system on a research mission. Upon their arrival the group is attacked by the forces of the Forgotten Legion, who kidnap St. Grand for sinister purposes.

It’s up to the remaining members of the Starlink Initiative (and maybe some Switch-exclusive friends) to scour the Atlas system for clues, bolster their team with new alien allies, recover their fallen leader and save the universe.

Fortunately they have access to Starlink technology, allowing them to swap ships, pilots and weapons on-the-fly, like the collectible physical (or digital) toys they are. 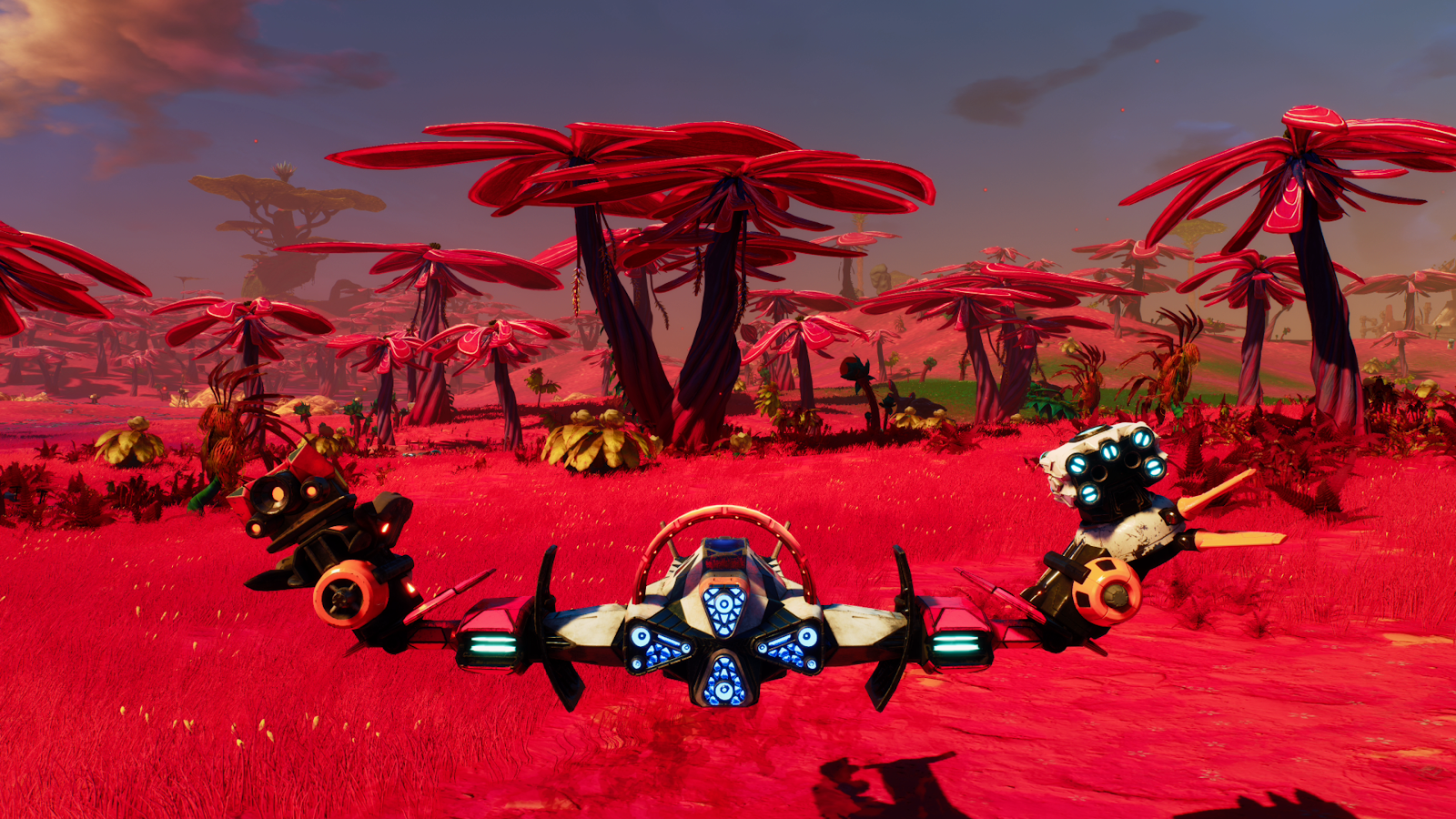 I’ve spent a good portion of my time playing Starlink over the weekend turning off the game’s HUD and wandering about, taking it all in. From the Roger Dean-esque, progressive rock album cover look of the game’s planetary surfaces to the quiet majesty of deep space, Starlink is consistently gorgeous.

I can seamlessly fly from a planet’s surface into the airless depths and back again (a la No Man’s Sky), which gives the game a tremendous sense of scale, even though it currently features only seven planets.

Atlas is a star system brimming with missions to perform, loot to uncover and battles to be won, but it’s at its best in the quiet moments between the action. I’ve enjoyed cresting a hill and having a pair of massive feathered creatures come into view. Or zooming across the landscape as gloomy desert gives way to breathtaking arrangements of purple fungus. 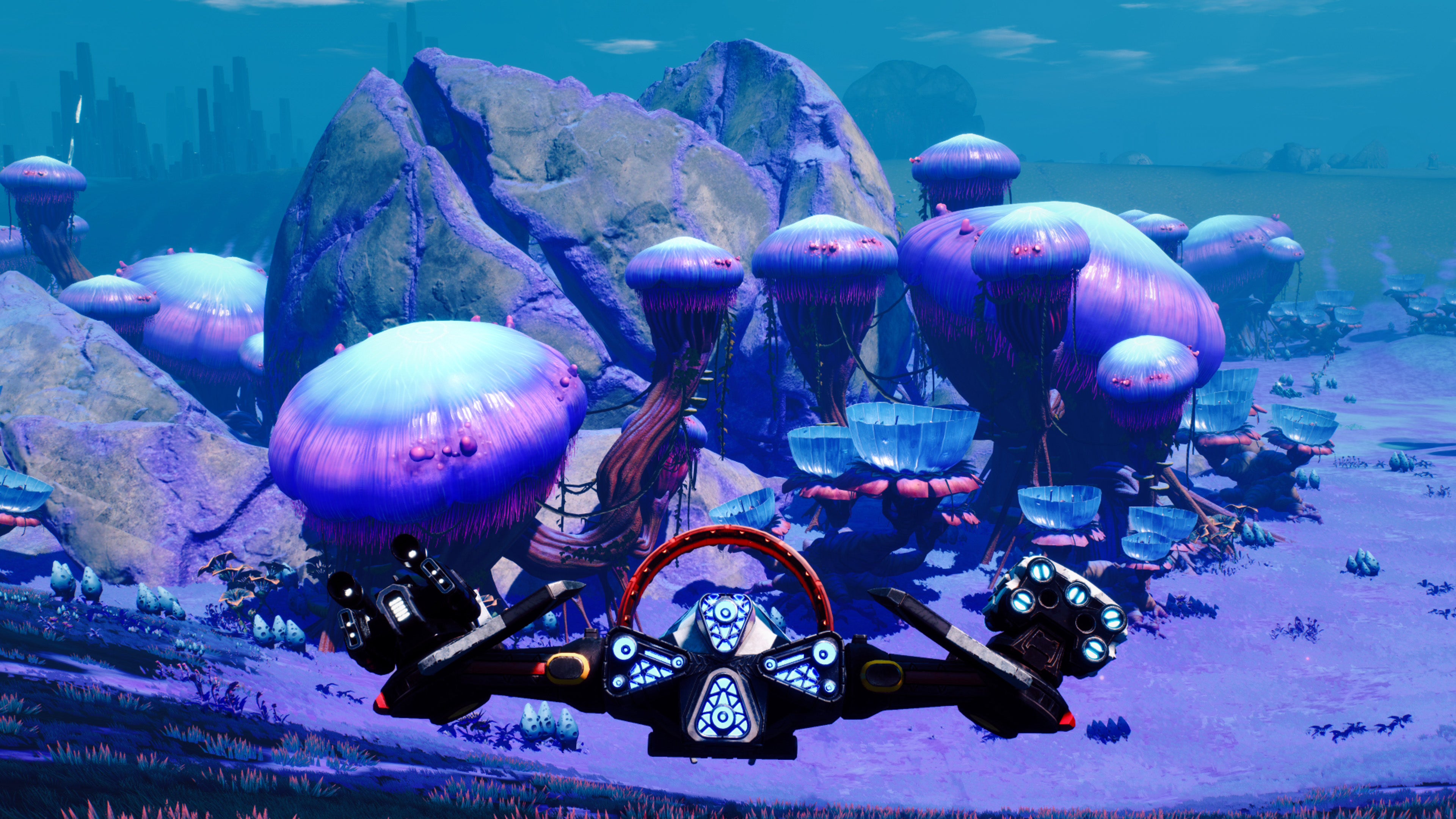 It’s Got Those Titan AE Vibes

I’m a huge fan of Don Bluth’s 2000 animated film Titan AE. That film that tells a very human story in an extremely alien landscape. It’s got a ragtag band of pilots and engineers, struggling against overwhelming odds.

It’s got heart and cheek in equal parts, not to mention a killer soundtrack. I find myself humming that movie’s soundtrack as I play through the adventure of Mason and his friends. 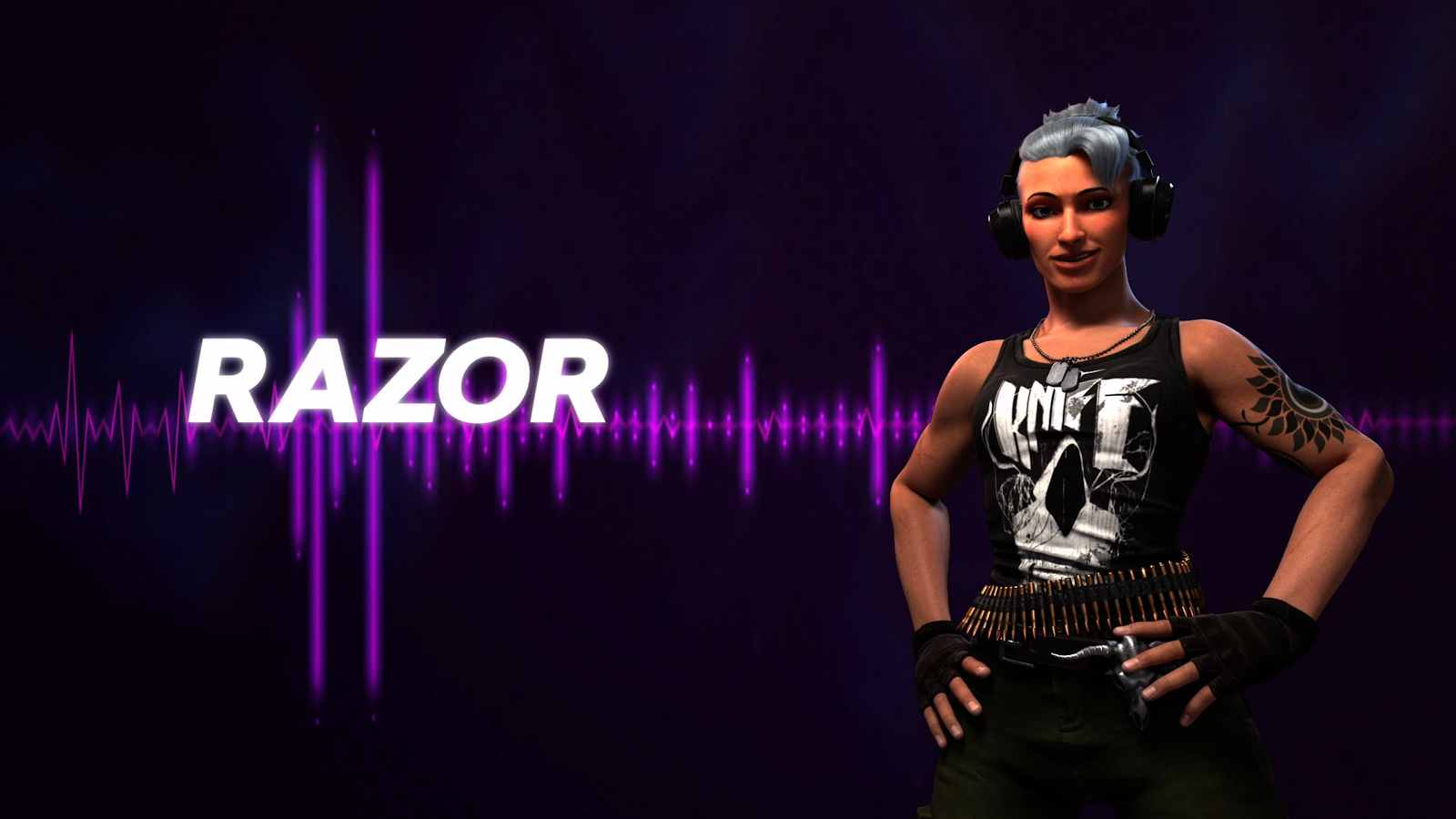 I’m in over my head.

From impetuous rocker Razor to the mysterious alien collective known as Judge, the Starlink Initiative has some cool folks it in. It also has one incredibly annoying, blonde-haired social media addict named Levi McCray, whose toy is destined to be a peg-warmer. 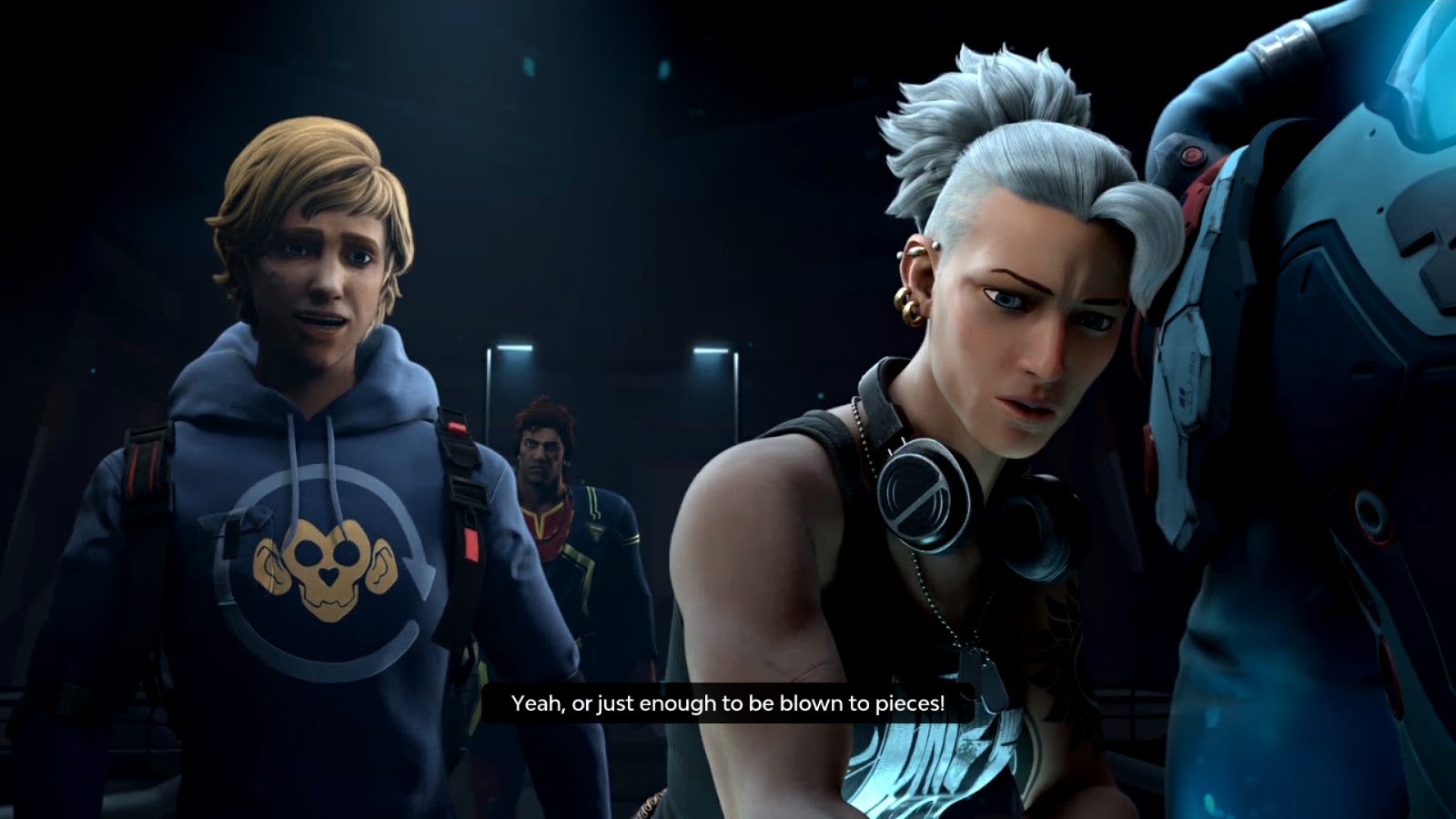 Levi is useless and should be spaced.

The Toys Are Nice

You don’t see many toy spaceships in stores these days. It’s all action figures and tiny collectible things sold in blind bags so you have to buy a dozen to get the one you want.

Kids and adults these days need more reasons to hold painted plastic spacecraft in their hands while making whooshing noises. Starlink sells several of these. 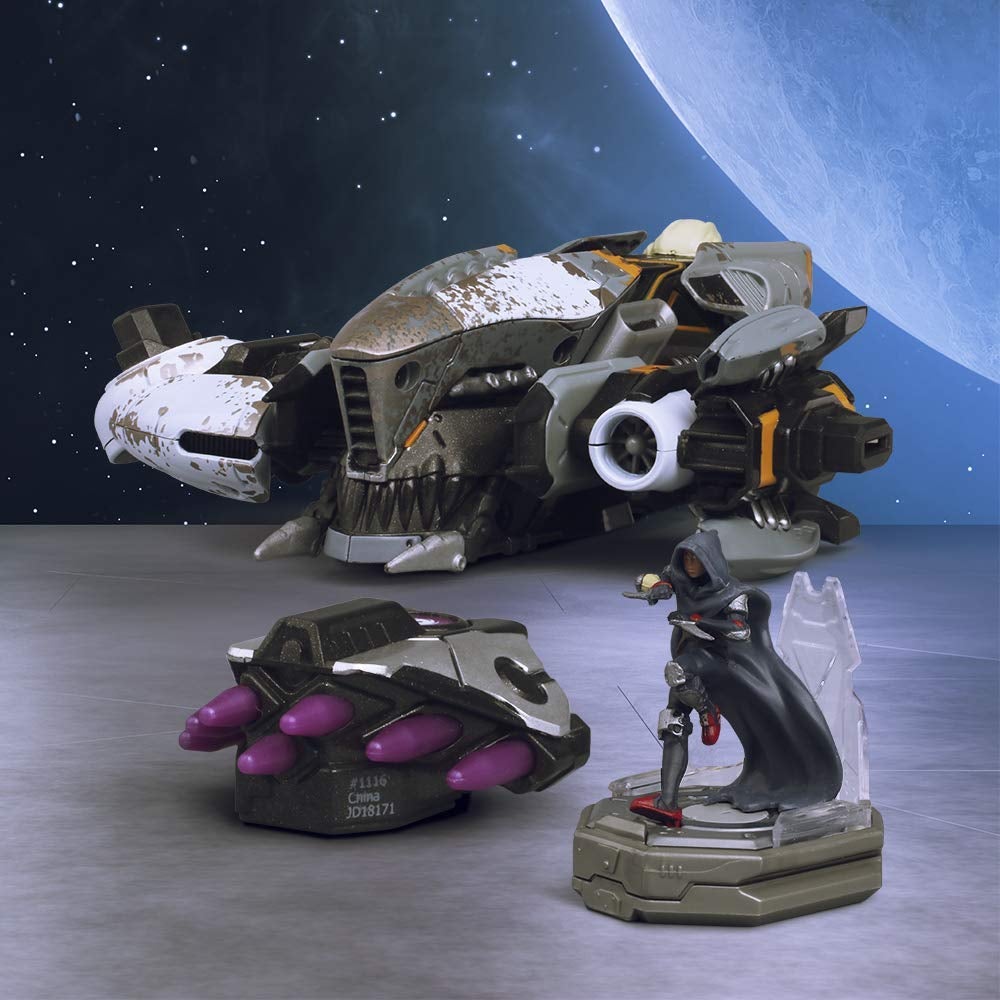 Each of the game’s eight physical spaceships is a character. Judge’s Neptune is rounded and bulbous with clean lines and smooth curves. The Nadir, piloted by the rough and tumble pirate alien Shaid, is scuffed all to hell and sports a skull up front, because pirates. It’s an armada as mismatched as its members.

I also love the way the toys attach to the controller mounts provided in the Starlink starter kits. First the player mounts their preferred pilot to the stand.

Then the ship goes over it, so you can see the pilot within the transparent cockpit. Then the player can go nuts, adding stat-enhancing wings (up to three on each side) plus a pair of elemental weapons. Everything clicks together nicely, and appears in-game instantly as soon as it’s attached. 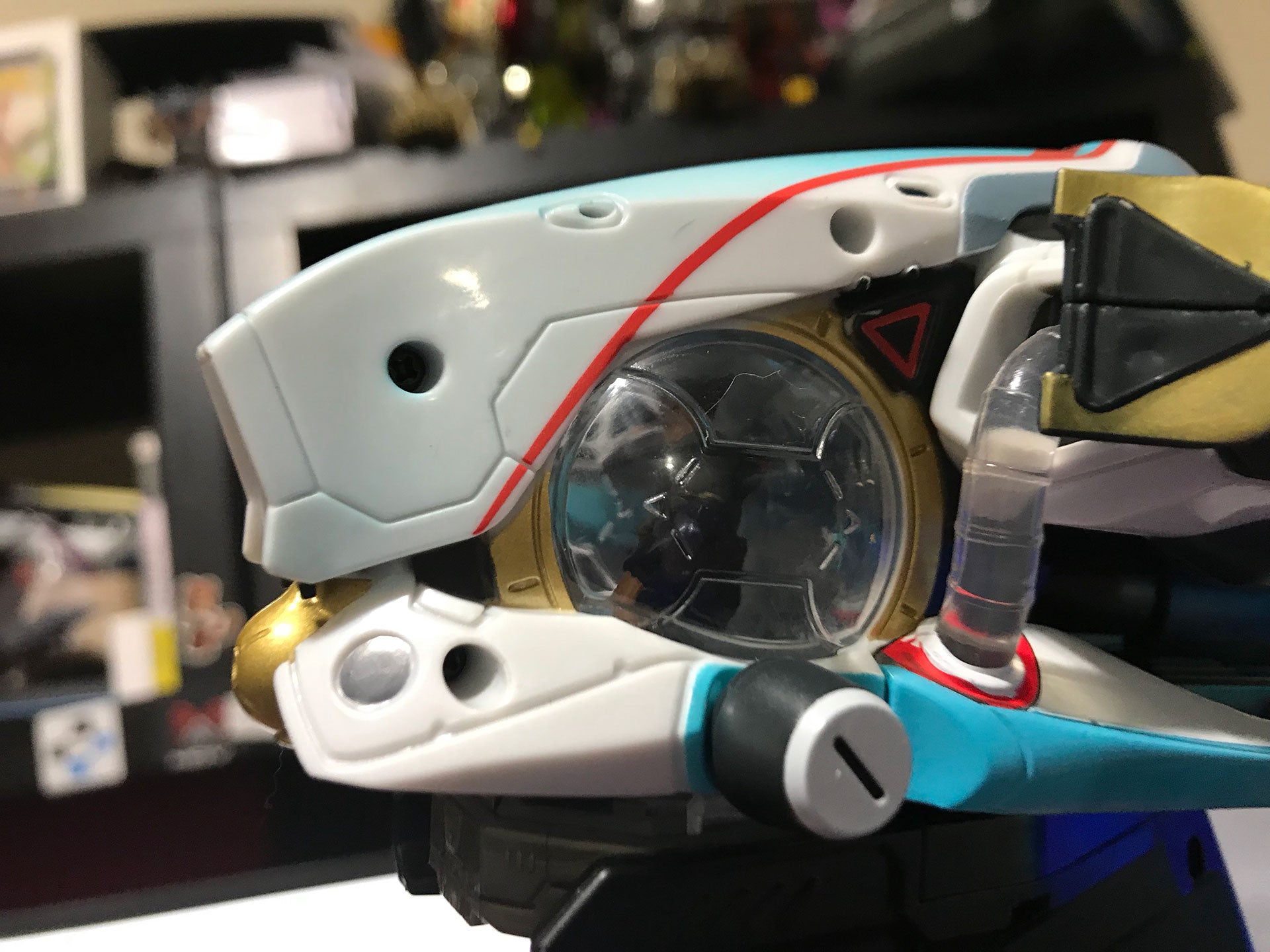 ItUbisoft provided me a starter set for the Switch, three ship packs (each with a pilot and weapon), a weapon pack containing two extra weapons and one additional pilot. I’ve preordered the rest, because I have a toy collecting problem.

The Toys Are Optional

If I didn’t have a toy collecting problem, I wouldn’t need to purchase any toys at all. Rather than spend $119.95 on a physical starter pack, there’s a $119.70 digital version that includes a couple of pilots, three ships and some extra weapons.

Instead of snapping toys onto a mount, players can just pop into a menu and set up their loadout. There’s also an $149.70 edition that includes digital versions of every toy available at launch. 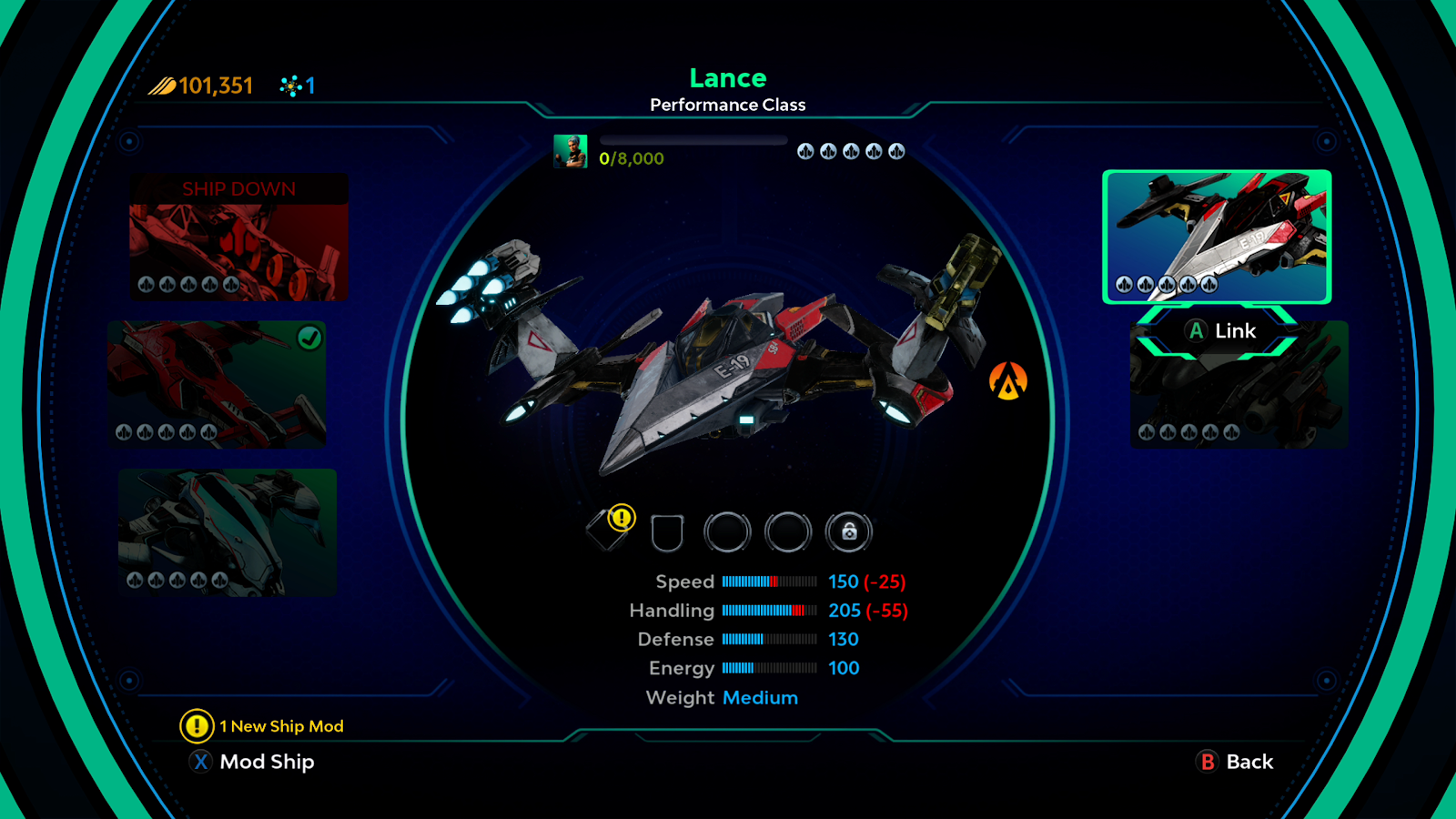 Should one want the toys but isn’t too keen on carrying them around to play, the physical toys unlock digital versions in game as well.

That’s especially handy on the Switch, which wouldn’t be nearly as portable a system with giant plastic spaceships hanging from it.

Again, I like the toys. I especially enjoy transforming my spaceships from completely sensible looking vehicles into mad mash-ups of weapons and wings. Each ship can handle up to three different wings on each side, stacked on on top of another.

Each wing adds stats, which is lovely. They also add weight, which is slightly less lovely, but it’s the price to pay to look this pretty. 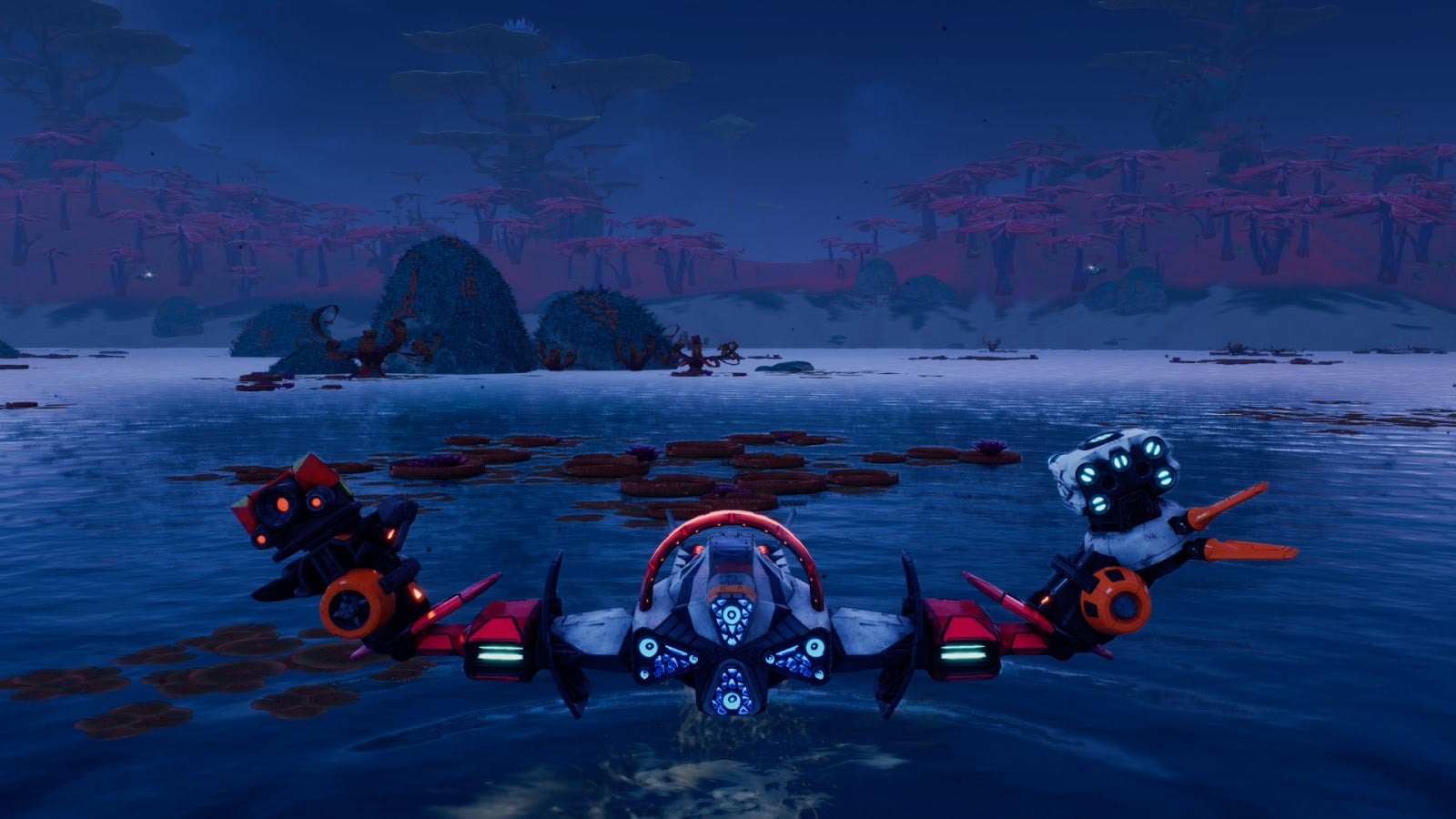 It’s a monster, but it is my monster.

Mixing and matching weapons can be quite fun as well. Not only do weapons produce damaging elemental effects when paired, they can also have unexpected effects when mounted in a way not originally suggested. There’s a flame ram, for instance, which heats up and sends the player’s ship flying forward extremely fast.

There’s also the Imploder, a weapon that fires black holes. Black holes can damage the player’s ship, but if they mount a ramming weapon backwards and fire it at the same time, the ship goes rocketing backwards, away from the damaging void. Clever!

While I’ve played Starlink for hours now, there’s still plenty of time for me to find things to love (and possibly hate) about the game. Look for a full review in the coming days. For now, whoooooosh.