The Simpsons Might Be Quietly Removing Apu From The Show Entirely 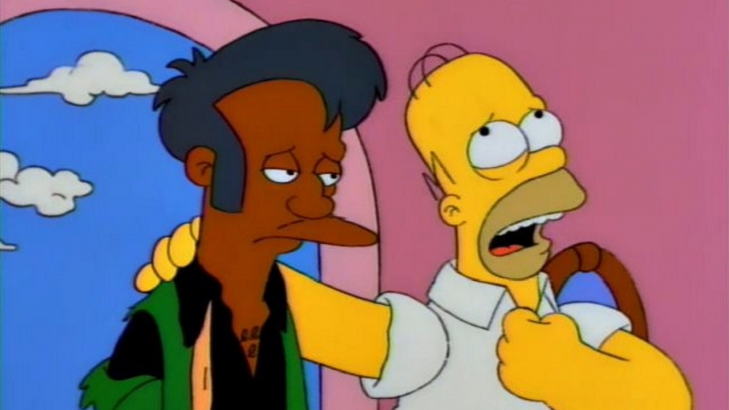 Apu is one of the most controversial characters on The Simpsons, and news now indicates the show might deal with that by avoiding it altogether.

After previous, embarrassing attempts to handle concerns over Apu’s worthiness as a representative of Indian Americans, IndieWire reports that, according to film producer Adi Shankar, The Simpsons is going to just drop the character entirely, quietly removing him and his family from the show.

Shankar says he got the news from several sources involved with The Simpsons and its creator, Matt Groening. Shankar has been involved in the conversation around Apu since he put out a call for scripts written by Indian Americans that portrayed Apu in a positive, realistic way, instead of the portrayal Shankar and many others feel is a stereotype.

Shankar found a script he liked, though, which means that, while Apu is gone from the long-running animated show that created him, he might not be gone entirely. Shankar’s Bootleg Universe project has a history of producing scripts in the styles of popular shows.

The script Shankar chose, written by Vishaal Buch, a doctor from Maryland, features Apu meeting and interacting with other Indian businessmen, in order to, as Shankar put it in his initial call for scripts, “[take] takes a creation that was the byproduct of a predominately Harvard-educated white male writers’ room and [transform] it into a fresh, funny and realistic portrayal of Indians in America.”

More information on the script can be found in IndieWire’s lengthy write-up here. And if you’re interested in Shankar’s work, check out the second season of Castlevania — he executive produced it.