Inside The Mind Of A Viral Comedian

Gabe Gundacker, the comedian and musician who crafted the nonsensical earworm “Zendaya Is Meechee,” wrote his Wii Sports-inspired album by accident. “I thought I was writing a new song,” he said over the phone. “It was really good, I was like ‘oh, this melody’s awesome.’ Then a day later I played it back and I was like ‘What the hell is this? It sounds like Wii Sports.”

Gundacker’s work tends to come from an earnest place; his comedy songs are also “genuine” songs, he says. His comedy music album, I Wanna Meet Richard Dreyfuss, is like that. “Halfway through, jokes kind of stop happening,” he said.

“Then it’s just tone and story. I’ve just always had this theory that if the song is really good, it doesn’t need as many jokes. Sometimes jokes can end up hurting the enjoyment of the song.”

Gundacker’s demeanour and appearance feel unthreatening and stereotypically all-American. In conversation, he’s a self-deprecating class clown, the goofy best friend of a lead character in a teen comedy. That might be why his earnest shtick works so well.

In the “Zendaya Is Meechee” video, Gundacker walks down a Los Angeles street and quickly runs into some advertisements for the upcoming animated movie Littlefoot. With a broad, warm smile on his face, he sings a song that just repeats the names and the roles they’re playing as displayed on each of the posters. This video now has over 300 thousand views on YouTube, over 5.5 million in total, and even model and actress Zendaya, the titular Meechee, has tweeted it out.

Gundacker, who grew up Florida, said that he was always writing comedy songs through high school and into his one year of film school. After that one year, he ended up dropping out.

“I really didn’t like it. I didn’t like where everyone’s head was at… I think that’s when I started doing comedy instead, because I realised that I had been doing it for five years.”

By that time, Gundacker was already flourishing on Vine. Delivering jokes in around six seconds seemed particularly suited to him. Some of his funniest Vines rely on the short length of the format. In one Vine, he parodies the memetic format where a Viner would describe a relatable scenario and act it out.

This originated in still images: people would take it from a movie and overlay the text, “That moment when you forgot your homework.” On Vine, this scripted relatability turned into skits, and it was inescapable.

Gundacker riffed on this joke structure a few times, the most memorable of which may be his video where he interrupted himself to tell viewers that Dick Cheney made money off the Iraq war.

Although Gundacker now describes himself as a “weird leftist,” he doesn’t consider himself an expert in politics or history, especially not back when he made that particular Vine. “I had just learned that that day,” Gundacker said.

“In some poetry class I was taking in college. My teacher was talking about beat poetry and banana republics and then he was like, ‘You know, it’s still happening today.’ … People definitely watch that video and are like, ‘oh, this guy could talk about the Iraq War for hours. He must know what’s going on.’” Gundacker admitted that he can probably hold such a conversation for about six seconds—the length of a Vine. 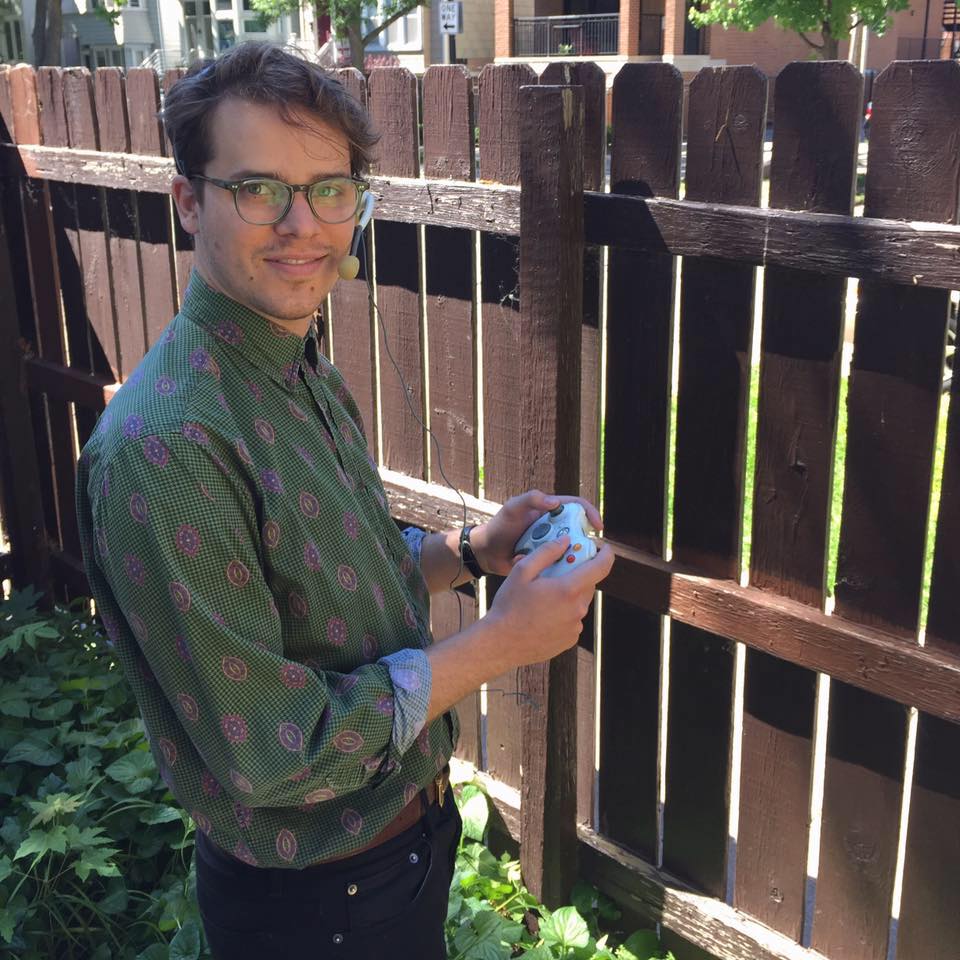 The interplay between irony and earnestness, like his Vine that combines a frustration with other Viners with an important political topic, comes through when you’re just talking to Gundacker.

At times, he’s completely on—when I mention a bit of his that I like, where he repeats over and over that the Coinstar wasn’t working, he launches into it as if he’s performing just for me. Other times, he trips over his words. After letting a sentence trail off, he muttered to himself, “Good point, Gabe.”

For Gundacker, a great example of that kind of earnestness comes from movie musicals. His latest obsession is A Star Is Born. “I thought that trailer was super silly for months, then I saw it yesterday in the theatre, on the big screen. I was like, ‘oh, this is totally going to work for me,’” he said.

“It feels earnest in a way that we laugh at because it almost feels impossible right now. Like, ‘OK, Bradley Cooper is gonna direct Lady Gaga as an up and coming musician’? It just sounds too nice.”

Gundacker pointed to the cultural resurgence of the animated movie Shrek as an example of this same twisting path to earnestness. “We’ve made fun of Shrek, and then it just comes back … Seems like people like Shrek, right? They just sort of like Shrek,” he said. “Our way of being genuine is double irony.”

Sometimes, though, the world needs a little plain old, uncomplicated nice. Human beings look for comfort in times of strife. Right now, our world is full of it.

The movie musicals Gundacker enjoys were a similar distraction from increasingly complex wars. The genre hit peak popularity in the 1940s, during the second World War; a year after the first of three remakes of A Star Is Born came out in 1954, the United States entered Vietnam. These days, people are into movie musicals again, and they’re also into Gundacker’s similarly earnest vibe.

That’s what Gundacker is interested in, he says: “Making comedy that comes from that place that we’re all sort of familiar with, but… it’s not in our art a lot.”

In other words, “Doing genuine musical comedy where the joke is, it’s just an earnest song.” There’s no joke at all, really. And yet, you find yourself smiling.