The World Ends With You: Final Remix: The Kotaku Review

nintendo switchreviewsquare enixswitchthe world ends with you: the final remix

If you have never played The World Ends With You before, the Nintendo Switch version released yesterday is not a bad way to get into it. Final Remix retains the game’s great sense of humour, its fantastic music, and Tetsuya Nomura’s most restrained character designs.

But if you have played it before — say, if you’re a big fan of the original 2007 Nintendo DS version, like me — you will most likely be disappointed by the Switch port.

The World Ends With You is an RPG about a misanthropic teenager, Neku Sakuraba, who finds himself trapped in a deadly game in Tokyo’s Shibuya district. He has seven days to fight for his life for a chance to be reborn. To his chagrin, he is stuck with a partner, Shiki Misaki, who he doesn’t particularly like at the start. Then again, Neku doesn’t like anyone.

When I picked up this game right before university in 2008, I had a lot in common with Neku and his irritating, dour moods. 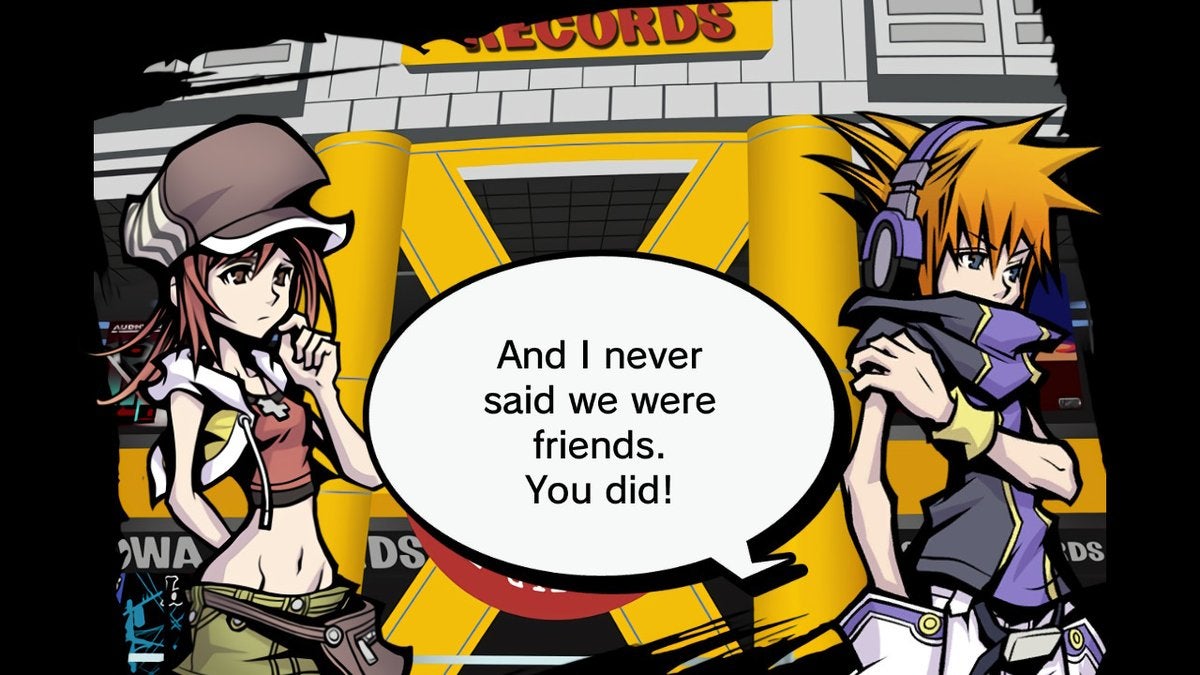 Playing this game actually changed my life. As Neku learned to reach out to other people, and in so doing learned that everyone, no matter how superficial they may seem, has an inherent value in life, so did I. The World Ends With You made me stop playing games for a while in an effort to be more social.

Part of what made it so impactful was that the systems of the game were all targeted towards reinforcing its core point: Don’t shut yourself off from the world. Enjoy it, and all the people and experiences it has to offer, to the fullest.

In order to combat enemies efficiently in the original version of the game, you had to make Neku cooperate with his partner. You controlled him on the bottom screen with the stylus, while using the buttons to control Neku’s partner on the top screen. If you got it right, you could pass a glowing puck back and forth between the characters, charging up a special move that did a lot of damage.

It sounds unwieldy, but it illustrated the struggle to connect with another person. Once you finally got in a rhythm, you understood, both in the game and hopefully in the wider world, that the work it takes to work together with others is worth it.

By the time I reached the finale, I had grown so attached to these characters that it was hard to say goodbye. After completing the game’s 25-hour story, I went on to log another 125 grinding through optional bosses and missions, as well as revisiting particular chapters of the game that I thought were the most interesting. 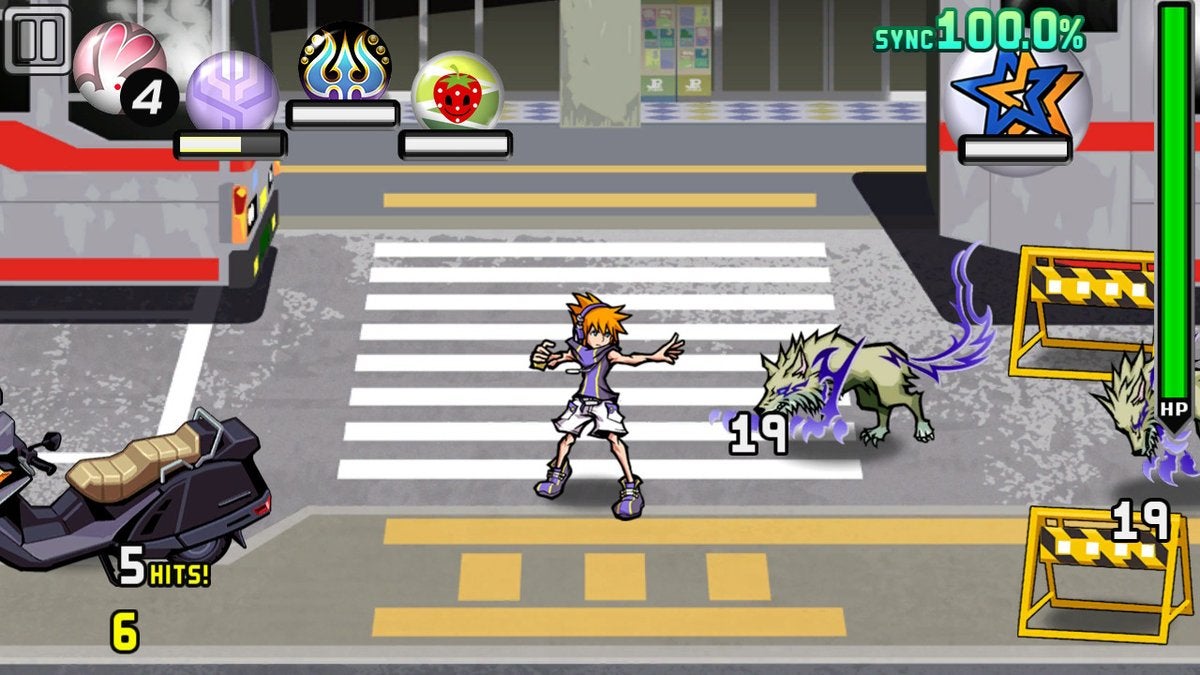 The World Ends With You: Final Remix

I wasn't feeling it.

All the best elements of the game — the character writing, music and character design — are intact.

The game's 25 hour story, plus another hour of A New Day

When the Switch is docked and the Joy-Cons are detached, you have to use motion controls that mimic the gestures you’d be making on the touch screen with your finger. I tried to play the game that way, but it’s simply atrocious. If you’re lucky enough to find a comfortable position to hold your hand in while you’re swinging around a Joy-Con, getting the game to recognise some of the more delicate motions you make is a struggle.

Not that it’s any easier when you use the touch screen. After playing through the game’s story I realised that there’s about a half-second delay on any gesture you make on the touch screen.

Attacks in this game are determined by pins you win off enemies or buy, and different pins use different gestures to trigger their attacks. Some of the attacks that Neku uses require you to do things such as draw a circle on the screen.

Because it takes a moment for the game to register that you’re making a circle, and in that time enemies are attacking you, using attacks such as those are just not very feasible. You’re better off just getting a couple of pins that fire projectiles, not moving from the centre of the screen, and then calling down your partner when those pins are on a cooldown. 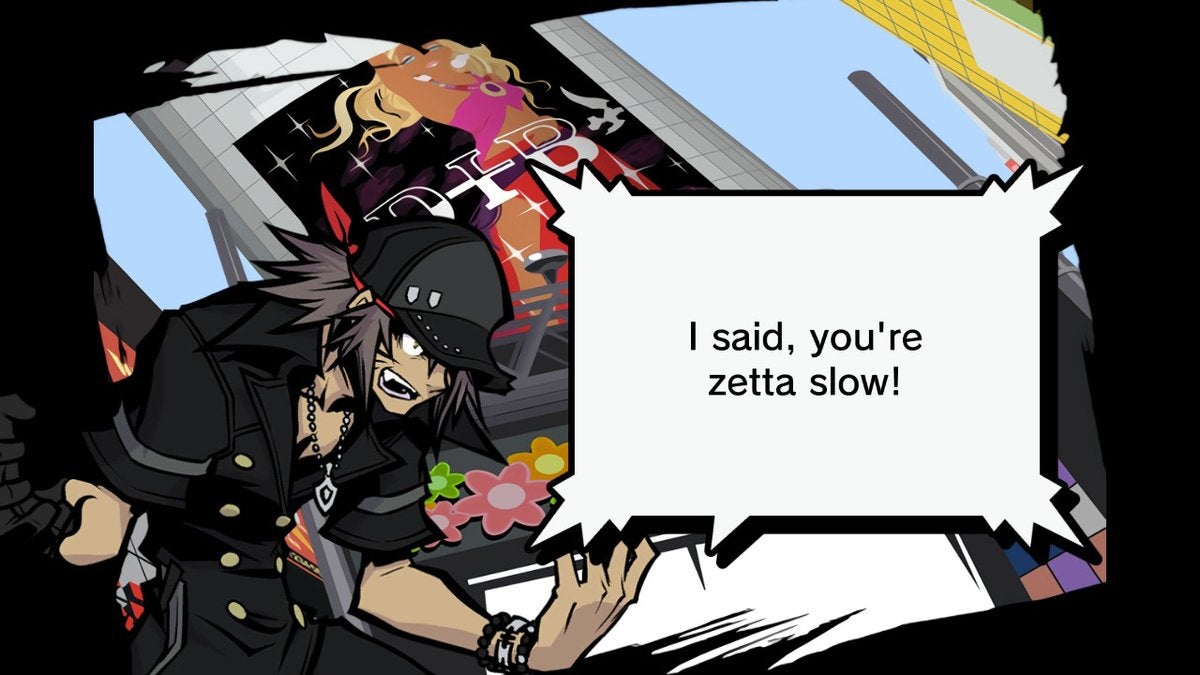 In Final Remix, there’s no struggle to get your partner to cooperate with you. You just call them down by tapping on the screen or, later in the game, by swiping or dragging.

Having your partner be able to attack on command ends up making the game too easy. There’s no real reason to investigate the game’s deeper systems, such as the clothing, or evolving pins into more powerful forms. I beat the game’s final boss by standing in one place and swiping.

While the game’s most powerful moments were undercut by the neutered mechanics, there are still highlights. Minamimoto, a maths-obsessed villain, is still hilarious, as are the punch-clock mooks Uzuki and Kariya.

This time around, the moment when Neku is forced to consider the humanity of two characters, Nao and Sota, that he had previously written off as vapid, it was a bit more poignant for me, perhaps because I’m older now and less angry about “the preps”.

The writing is still strong, as is the voice acting. But the gameplay bored me to tears, and the last thing I want anyone to feel while fighting demons in Shibuya is boredom. 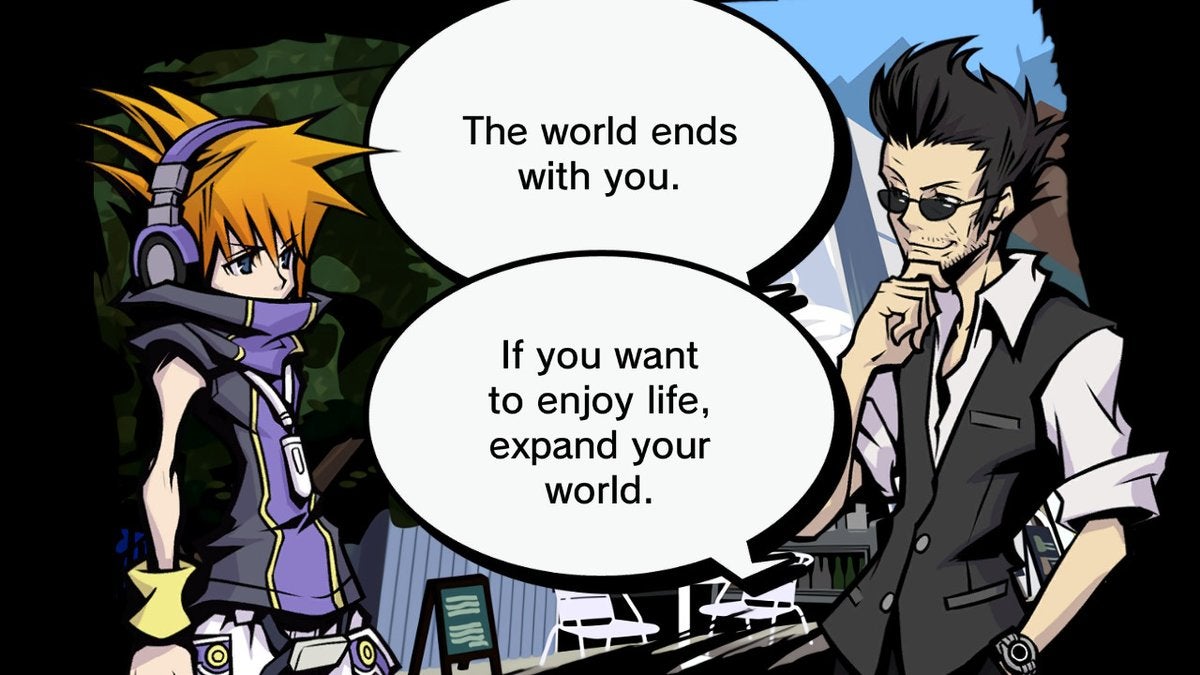 If you’ve never played The World Ends With You before, maybe these things won’t bother you. If you’re a returning player, however, it’s hard to ignore.

There isn’t much new content, either. The allure of a new storyline mission, called A New Day, was all that kept me going ‘til the end of the game. There are some neat features in this new mode, such as battles that impose novel challenges.

Sometimes enemies will split and multiply while you fight, making you defeat them quickly. Other times, Neku’s health drains over the course of the battle but he can regain health by defeating monsters.

However, once I realised that this scenario reused a boss fight from the main game, I decided I wanted to put it down for a while. Although the game allows you to retry any fight — including boss fights — on the easy difficulty so that you can just enjoy the narrative, I didn’t really feel like engaging with the same content from the main game a second time.

There’s plenty of you with 3DSes collecting dust somewhere in a drawer, like mine is. If that’s you, go figure out where to grab a copy of the DS version of this game. It really is worth it, and if you’re at the same place where I was when I first played this game, it might just change your life.

If that isn’t an option for you, then I suppose playing Final Remix is a fine option, but it may leave you confused as to why The World Ends With You evangelists have been hoping for this franchise’s return after all these years.