The Worst Heroes In Video Games

Published 3 years ago: October 11, 2018 at 11:00 am -
Filed to:the world ends with you
To sign up for our daily newsletter covering the latest news, features and reviews, head HERE. For a running feed of all our stories, follow us on Twitter HERE. Or you can bookmark the Kotaku Australia homepage to visit whenever you need a news fix.

For the most part, the player character is the hero of the story. We all have our favourites. But there’s also the other side of the coin: the heroes and stars of the story that are total arseholes.

For clarity here, I’m talking the kind of characters you actively wish a glassing upon, the “heroes” that are grating from start to finish. There are some characters who you’re designed to hate, some of which are written so well that it’d be rude not to mention them.

But this is for the characters who largely don’t deserve that honour. They’re a blight on an otherwise good game, or the focal point of everything that’s wrong. A virtual boat anchor, if you will. Ahh, Watch Dogs. A game that had so much ambition, only to be dragged down at almost every stage by an aggravatingly bland bloke with the world’s most overpowered iPhone. Sure, there’s a lot more that’s wrong with the game, like the atrocious drinking game and the constant tonal shifts.

That would be excusable if Pearce was a character you could get behind. But Pearce fails to appreciate those around him, vows revenge all the time, and constantly regrets the past. He questions the many breaches of privacy by the all-seeing ctOS, but then carries on brutalising and invading the personal and virtual space of those around him with abandon.

Ditching Pearce for Marcus Holloway was one of the best things Watch Dogs 2 could have done. Pearce was almost completely irredeemable as a character; when the supposed enemies have more charm and are more likeable, it’s time to abort.

I rest my case. I could make others, but it’s not needed. Fuck Tidus. I wanted to pick Connor, the focus for much of Assassin’s Creed 3, but if we’re being real Desmond is the true skidmark of the playable assassins. It doesn’t help that Desmond’s environments are the least interesting, the most visually bland and often little better than tutorial levels or blank canvasses for exposition.

But Desmond himself is bland too. At one point during the games, he’s described as someone with “no ambition, no direction, no plans for the future”. Sounds about right.

The chances that you’ve heard of Robert Hawkins should be precisely zero, because that’s about the total number of people who played Enemy Front outside of the developers.

Enemy Front billed itself as the “first truly modern WW2 FPS”. In 2014. Which might have been true if it didn’t crash constantly, wasn’t beset with glitches the rest of the time, and sported possibly the worst “journalist” seen in a video game since J. Jonah Jameson.

Hawkins plays a journalist, who somehow manages to get behind enemy lines to support resistance movements in Norway, Germany and Poland. And yet, during cutscenes when he’s travelling with said resistance fighters, he tells them to their face that he’s only doing this for “the major front pages”.

Unlikable arsehole plus total bullshit and the worst of ’90s level design? The first truly modern WW2 shooter, truly. You could probably grab Enemy Front for $2 or less in the next Steam sale. 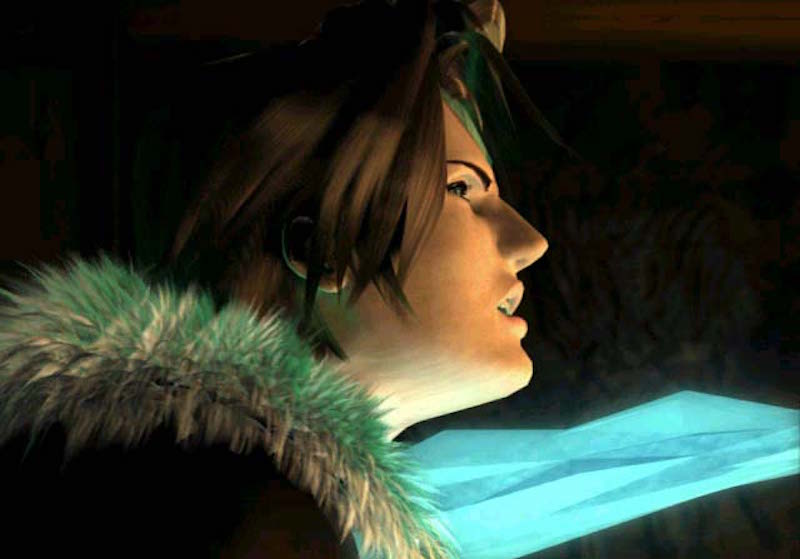 Spoiler alert: emo protagonists do not make for good “heroes”. Ever. Squall isn’t the worst in this regard, and your tolerance for his incessant whinging may be much greater than mine.

But does it really need to take 50+ hours for the main character to stop being an arsehole? Rinoa deserves so much better. 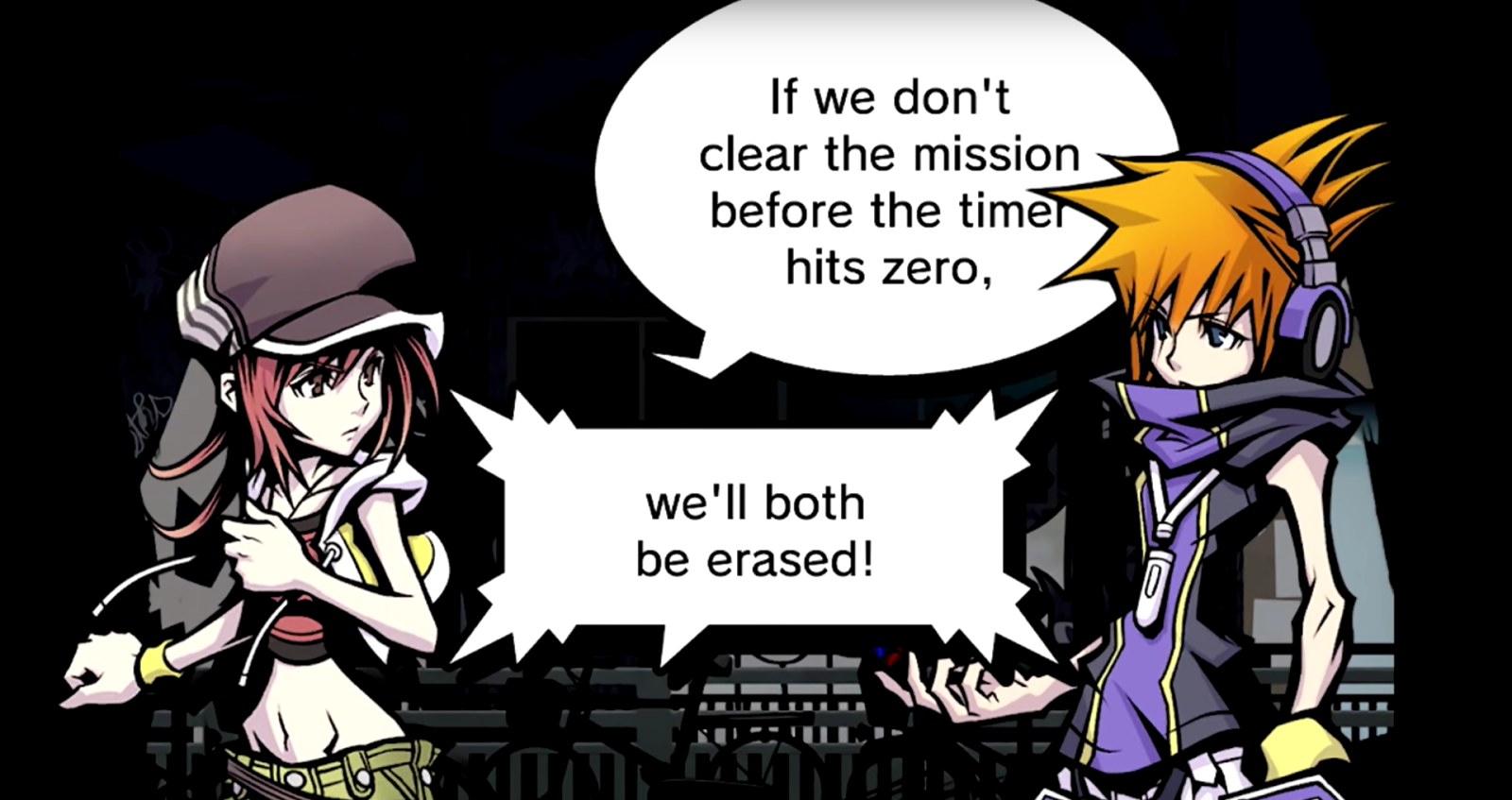 Case in point: Neku, the worst thing about The World Ends With You. Fantastic game otherwise — and a good use-case for the Switch as a tablet — but good God, Neku is an unlikable brat. A pain in the arse right until the final chapter, Neku’s shitty behaviour is genuinely aggravating. It gets a lot easier to deal with when more of TWEWY‘s pins and item system opens up.

But those first two days? If letting the Noise win was an option, I’m taking it every day of the week.

If there was an Olympic event for being a piece of shit video game character, the bookies would have short odds on Bonnie. Initially, Bonnie’s established as a sympathetic, caring, likeable character. Except:

What’s super frustrating though is that Bonnie is destined to leave. You can like her or hate her, but she’ll always bail. And if Bonnie was a pain in the arse from the outset, that’d be more forgivable — at least she’d be upfront then. But Bonnie is just a constant disappointment, a traitor no matter what, and a truly shitty character. An alcoholic and gambling addict that ends up selling their child for a fresh start. The more you learn about Booker, the worse a character he becomes. Booker stands out in that he doesn’t actively Bioshock Infinite a better or worse experience, but as a shitty dad and a trash hero, I tip my soiled hat to the PI.

Until Dawn has multiple main characters that you have to control, initially at least. And one of those is the instantly grating, melodramatic diva Emily.

In a way, Emily is a massive success for Supermassive. You’re supposed to hate her. She’s supposed to be annoying beyond compare. So in a way, Emily doesn’t quite belong. She’s fulfilling a classic teen horror role — the character the audience actively wants to die.

But traditional teen horror movies don’t have Platinum trophies. And if you want that trophy, or just the satisfaction of navigating all the puzzles and quicktime events, everyone has to survive.

What “heroes” from video games do you despise?