When Nintendo’s Star Fox crew shows up at the beginning of Ubisoft’s new toy-based space epic, Starlink: Battle for Atlas, they’re ready to see the adventure through to the very end. They’re a surprisingly big part of the Switch version of the game.

We’ve known since June that Star Fox characters would be in the Switch version and, obviously, not in the Xbox One and PS4 versions. But we expected slighter than what we’ve now had a chance to play. 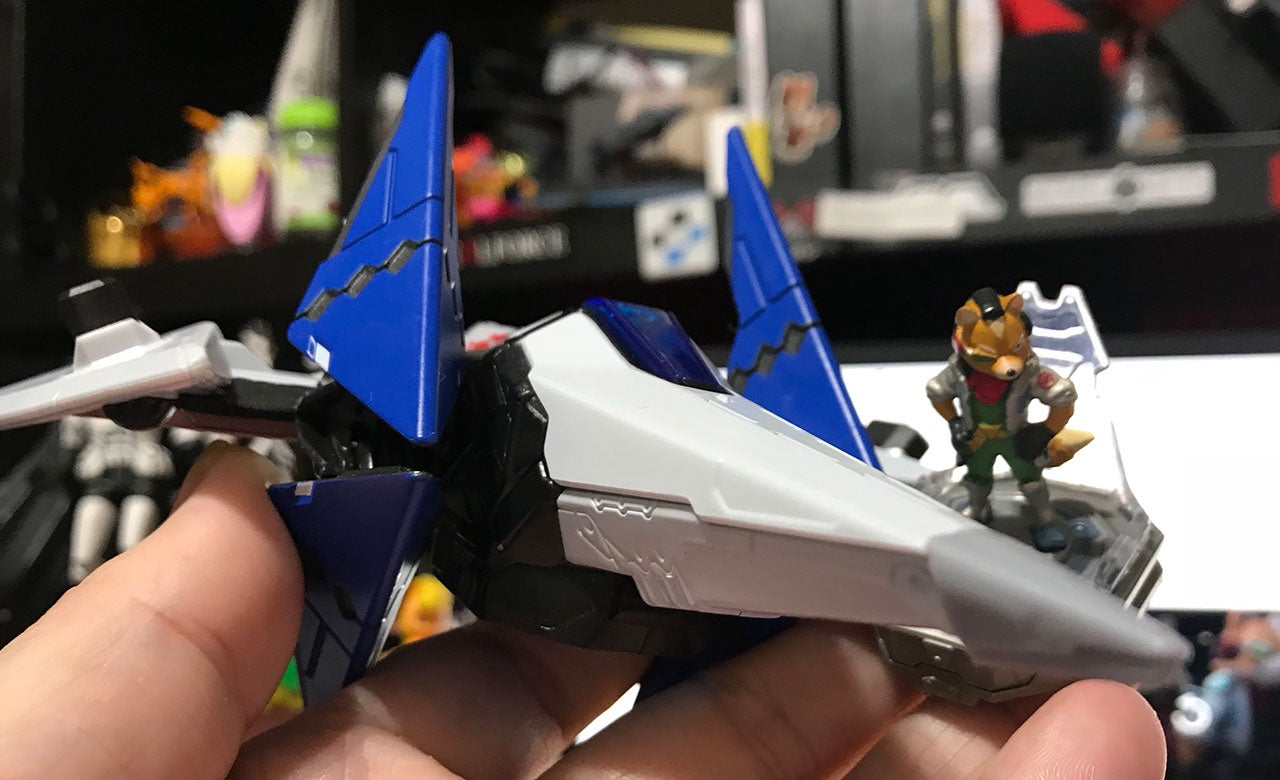 The $119.95 starter set comes with the Arwing and Fox, along with an additional pilot and weapons to snap onto the ship.

Structurally, Star Fox’s heavy involvement in the game makes sense. Starlink is a toy-based series (though people can play it entirely digitally, if they prefer). The toys are spaceships that come with modular weapons, wings and pilots.

In another toy series like Activision’s Skylanders, Crash Bandicoot can show up and join the Skylanders army in a little cameo. But each of the pilots in Starlink are fully realised characters. They talk. They have personalities. They react according to those personalities as they explore Atlas, discovering new life, making alien allies and battling mysterious mechanical foes.

In the Nintendo Switch version of the game, Fox McCloud is one of those pilots and does all of that.

Since each of the game’s pilots can be flying the player’s ship at any time, each pilot has to be ready to operate under any given situation. Early on in the game, an alien asks the player where they come from. If the game’s main character, Mason Rana is piloting, he says they’re mostly from Earth (specifically New Jersey.)

If Fox McCloud is at the stick, he adds that he hails from Papetoon. 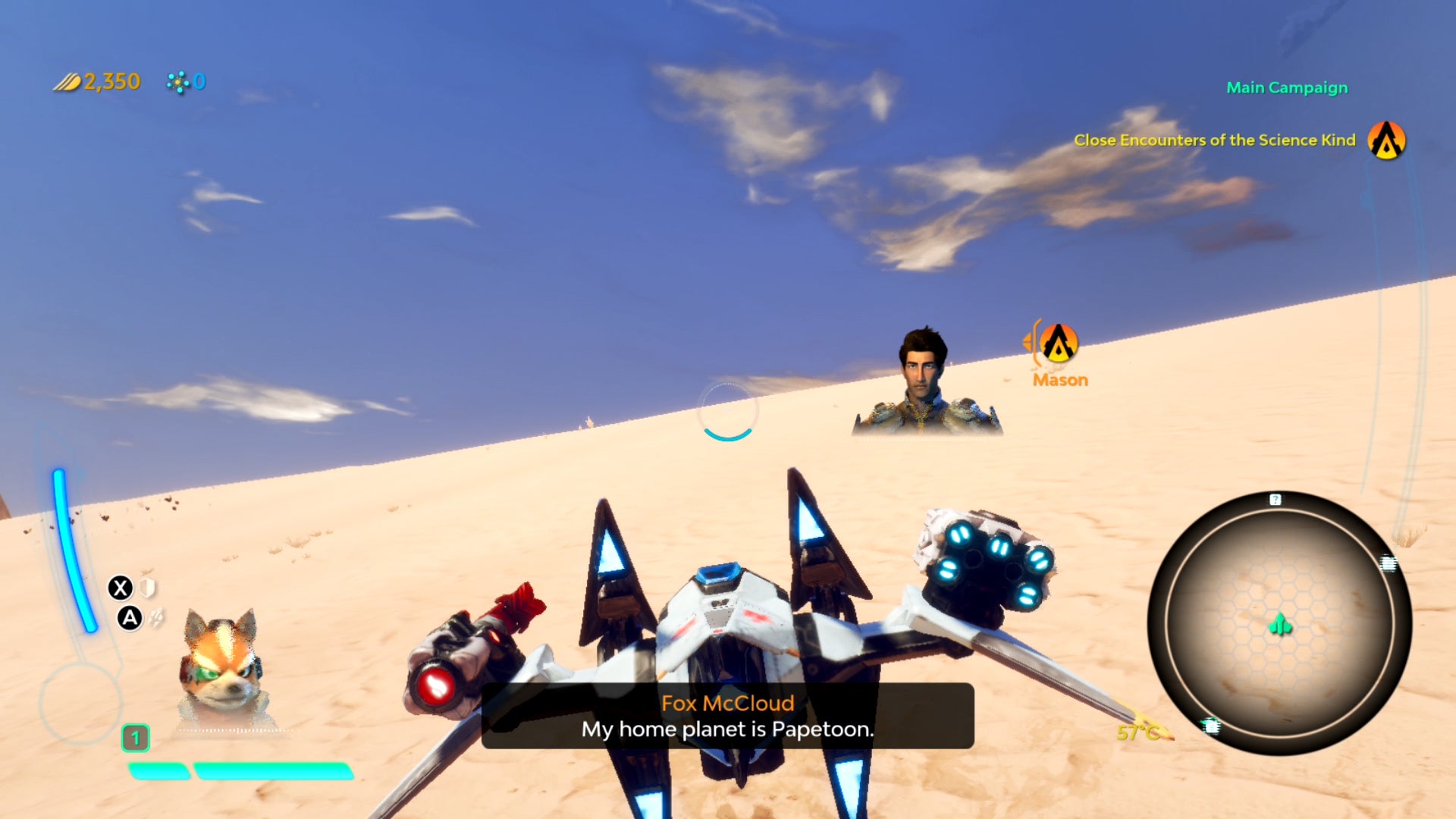 Every story-based battle, every new discovery, every first contact with an alien race, Fox and his team are just as prepared to handle as the other nine playable pilots of Starlink.

And Fox, Slippy, Peppy and Falco aren’t in the Atlas area for no reason. They’re on a mission to hunt down the villainous Wolf. Their mission is part of a side story that opens up as the game’s main story progresses, involving investigation and dogfights against some fearsome foes. 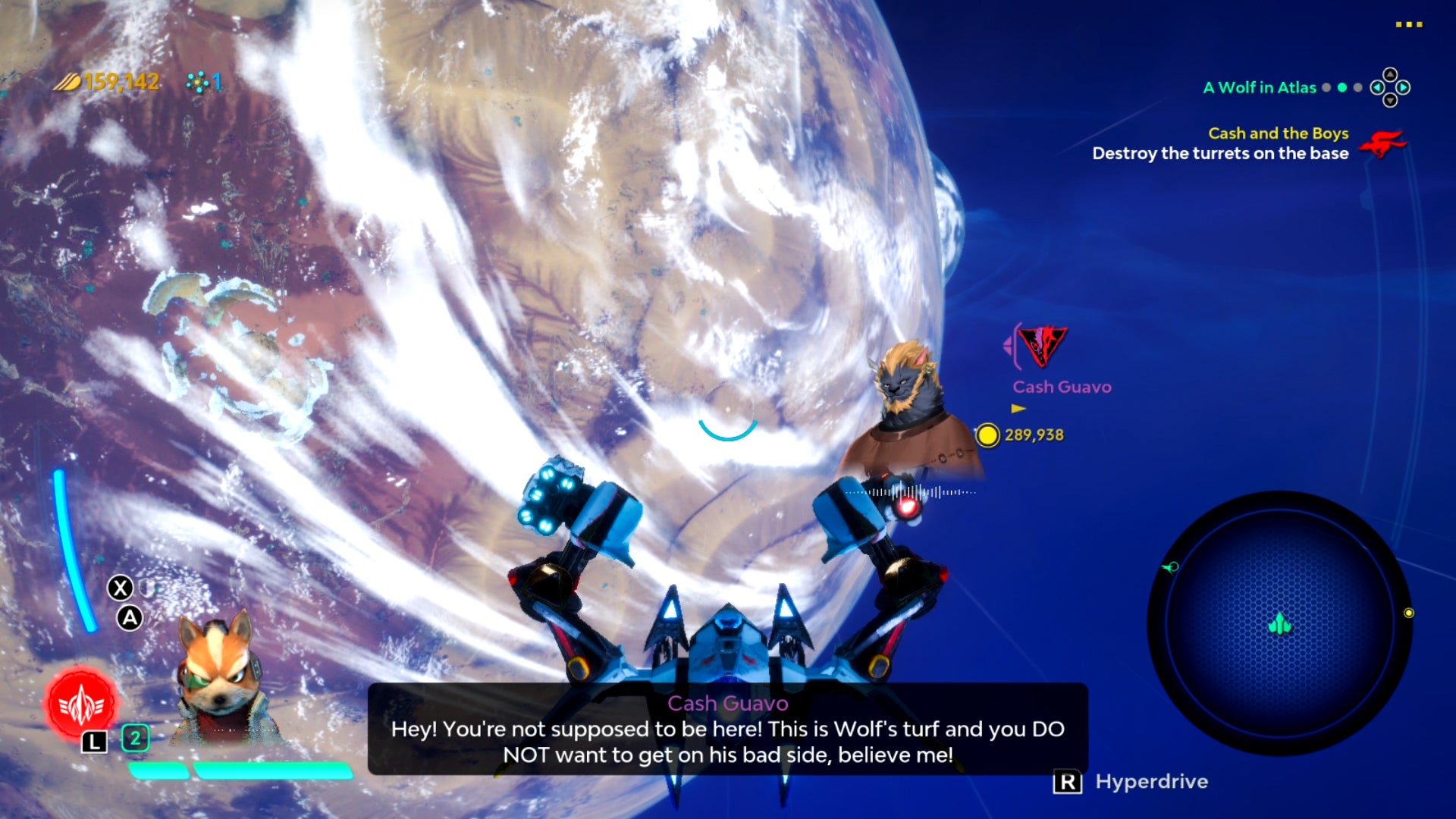 So yeah, Fox McCloud and the rest of Star Fox have their work cut out for them in Starlink: Battle for Atlas. Fans of Nintendo’s fabulous flying fox should be very pleased.

It’s not quite a full-fledged Star Fox spin-off game, but there’s enough of the Nintendo series here to elevate the Switch edition well beyond a passing cameo. 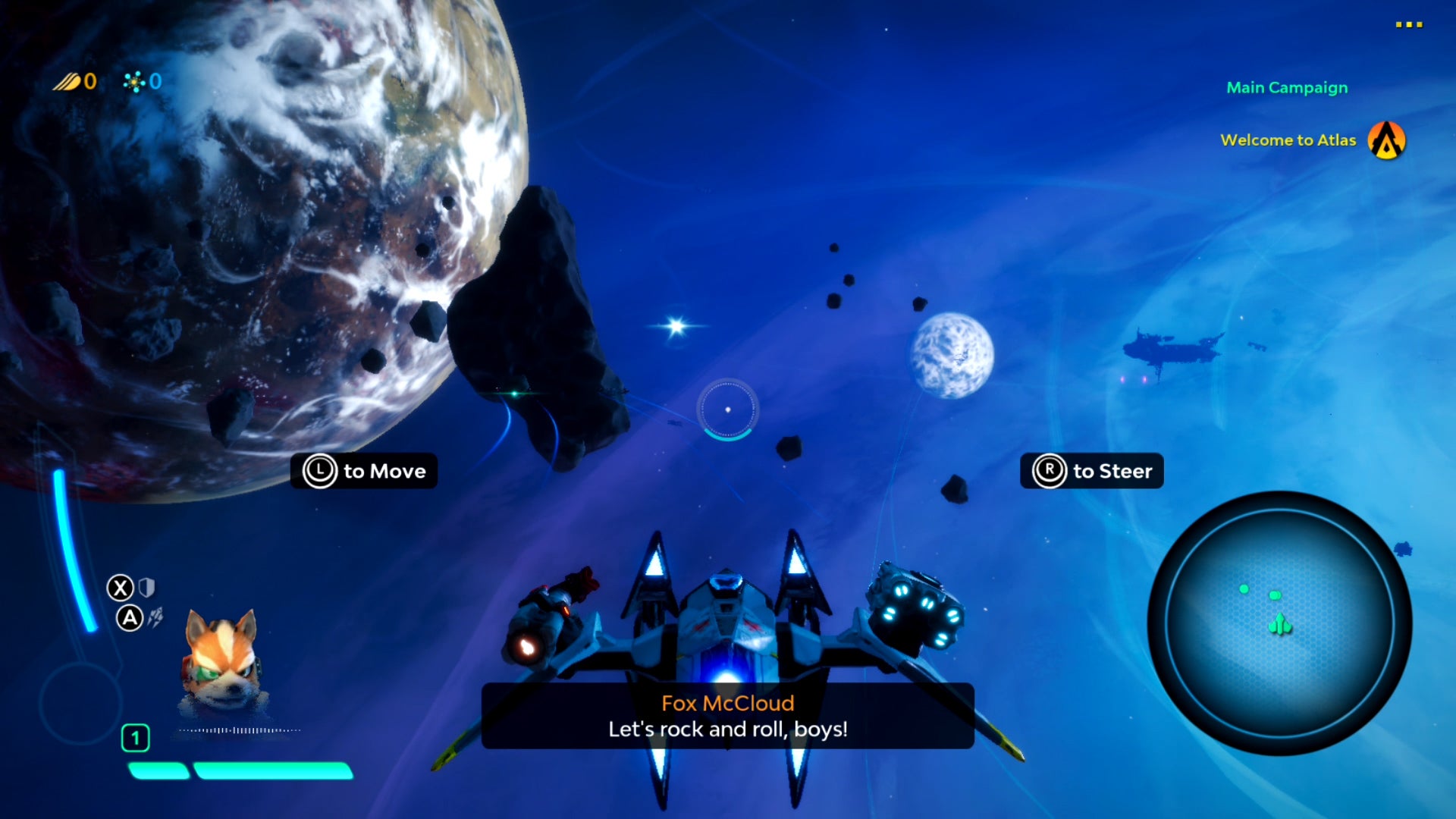