This Life Sim Fascinated (And Terrified) Me When I Was 13

I was probably about 7 when I first realised there was some weird, fleshy mystery going on between my legs. At that age, you’re discovering a lot about yourself: how far you can run, how many Spice Girls lyrics you can learn in one evening, whether or not you can fit an entire roll of quarters in your nose — and now, a new thing, a strange part of your anatomy that you don’t yet understand. Like a light on your car’s dashboard that suddenly comes on, you figure it’ll be important later, and shove it to the back of your mind.

By the time I was 10, I was part of a coven of pre-pubescent girls who would huddle at the corner of the playground discussing the arcane knowledge gleaned from the five minutes of dial-up internet we were able to scrounge the night before. Something about blood? What’s a foreskin?

A friend of mine started her period young, and somehow in her mind the combination of extra hair, blood, and monthly cycles made her come to the conclusion that she was a werewolf. Puberty is rough. 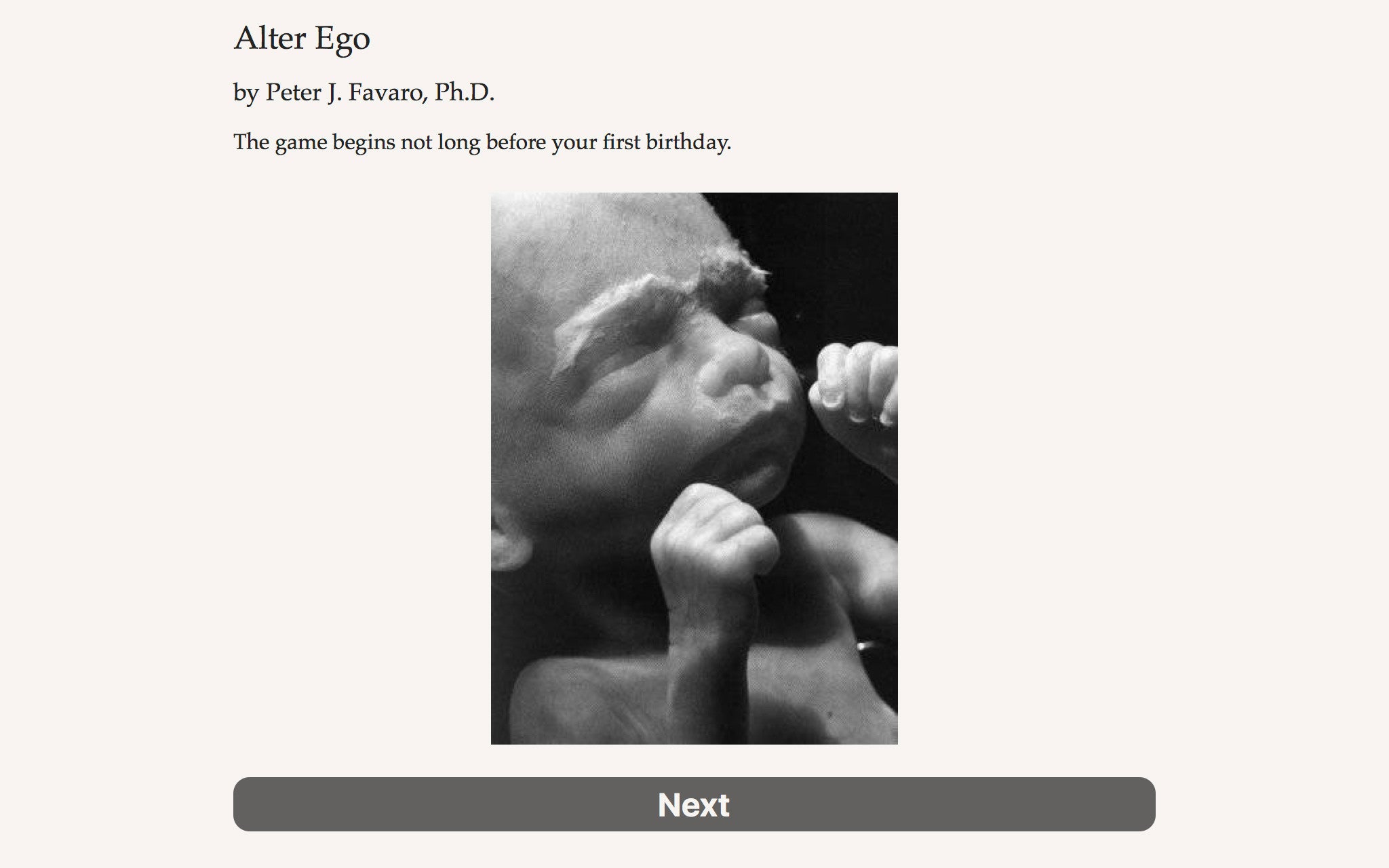 By 13, I was playing Alter Ego, a text-based life simulation game first published in 1986 for the Commodore 64, MS-DOS, Apple II, and Macintosh.

By the time I was playing it, in 2004, it was a browser game, as it is now (you can also buy it), and the text-based nature of the game meant that I could play it in my school’s computer room without anyone realising that it had—gasp—sex scenes.

Alter Ego has you play through seven stages of a person’s life, from birth to eventual (and sometimes premature) death, with lots of experiences along the way that determine your personality and statistics that govern things like how smart, confident, social, and familial you are.

Because the game was created by a psychologist, Dr. Peter Favaro, many of these scenes are narrated by a voice that sits somewhere in between a Jiminy-Cricket-like conscience and a wise but judgemental therapist.

There is room for role-playing. A sensible, emotionally mature character will generally do better than a reckless, aggressive one, but it’s fun to see how far the arseholes can get in life, and it’s intriguing to see how I might have turned out if I had a penchant for punching and casual sex. Spoilers: teenage pregnancies, drug addictions, and an early, fiery death during an ill-advised car race.

But it was the sex scenes that intrigued me most, especially as a young girl experiencing the confusing hormonal storm of puberty, feeling things that no one has explained to her, and desperately wondering why she wants to lick her boy-band posters.

Most 13-year-old girls are about as aware of what sex is as most 90-year-olds are aware of what Twitter is. There’s a vague awareness that people are doing it, and that it’s very good and sometimes very bad, and (according to movies) it usually ends with a couple lying sweatily side-by-side beneath ruffled white sheets.

My education consisted of confusing biology lessons, whispered playground rumours, smutty late-night British TV shows like Sexcetera and Eurotrash, and then Alter Ego, which presumed a player age much higher than mine.

The sex scenes have an all-caps disclaimer: “WARNING – THIS EPISODE CONTAINS SUBJECT MATTER OF A SEXUAL NATURE. Do you wish to continue?” Somehow knowing that fruit is forbidden makes it taste all the sweeter. I would click “Yes,” filled with excitement, apprehension and terror, and it did not matter that the scene itself might be a tame visit to a male strip club, because it felt grown-up. 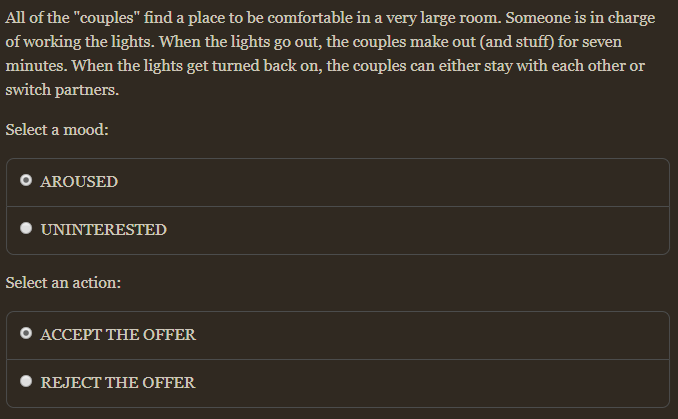 Alter Ego is over 30 years old now, and I am approaching that milestone as well. I hope that I know about the mysteries of sex better than I did at 13, but playing through a life from birth to death makes me revisit what it was like to be figuring it all out, a long time ago, in another life.

Playing Alter Ego today, I get similar pangs of conscience, although this time it’s probably because I played it at work during breaks.

Still, I find myself treading old ground, role-playing as the teenager that I never was. I am at the other end of my adolescence to that 13-year-old girl who first played the game, but I think we both knew that we would never be the wild child who had one-night-stands and saw birth control as an option not worth bothering with. Only through Alter Ego did we explore what that life would be, or would have been.