We Love How Stupid The Venom Movie Is

Three decades ago Marvel Comics debuted one of its most popular anti-heroes, Spider-Man arch-enemy Venom. Now Eddie Brock and his slavering black and white symbiote pal have gotten a solo, Spider-Man free shot at the big screen. Did that turn out to be as bad an idea as it sounds? Chris Person, Ethan Gach and I discuss.

Chris Person: Yes, but also no.

Chris: I don’t know about you, but I had a real good time with that not-so-good movie. It knew exactly what it was.

Fahey: I came out of the theatre thinking the exact same thing: what a great bad movie.

Chris: It feels exactly what a Venom movie should be: dumb, confusing, extremely juvenile. It feels like a movie dropped out of the 90s, back before we started acting like superhero movies should be competent or adult.

A friend said “that movie wields its dumbness like a weapon.”

Ethan: If ever there was a movie that earned its absurd Tom Hardy voice.

Fahey: For one thing, we’ve finally found the perfect person to cast against Tom Hardy, and that’s Tom Hardy doing a funny voice. Tom Hardy Talks To Himself For Two Hours would be a great movie.

Chris: I assumed it was a different guy, they did a lot of good stuff with the Venom voice in post-production.

Ethan: Oh wow, same. I’ve never heard a voice that altered be that funny before. Venom had some of the funniest lines by far, just in timing and inflection alone.

Fahey: Oh, Hardy went all out on that voice. His influences, from a Screen Rant interview: “Redman, Busta Rhymes, and James Brown as ingredients and then I played with it to create the fusion of sort of what you hear, which sounds nothing like that, but initially was like vibe or heartbeat that I wanted to bring to it.” 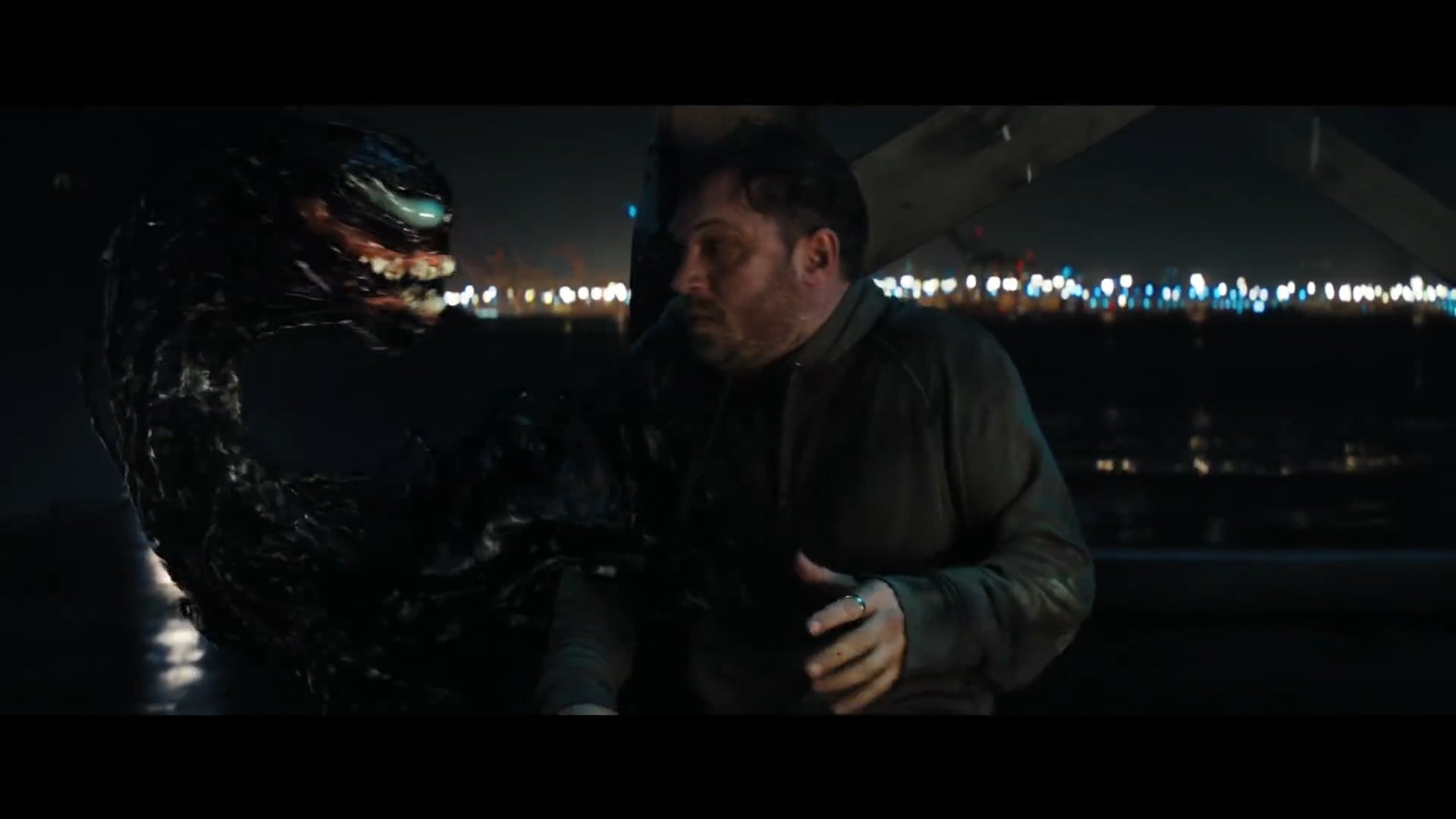 Fahey: You can really hear it when Venom calls Brock “Pussy.”

Chris: They really got the most out of that PG.

Ethan: Action-wise, I found most of it underwhelming, but the smoke-filled fight against the SWAT team toward the end actually worked surprisingly well. 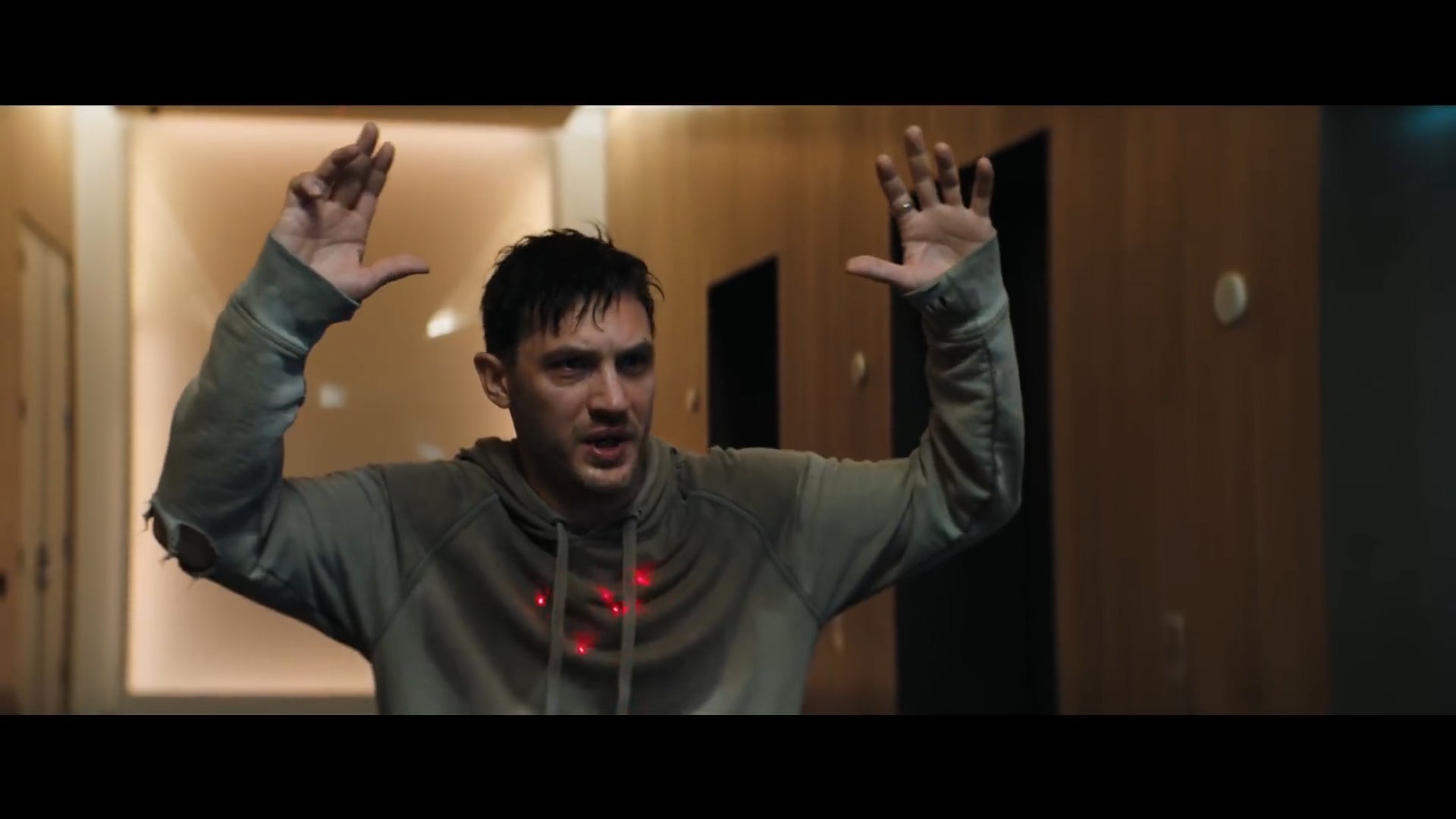 Chris: It felt like they didn’t know how well this movie was going to do and were kind of conservative with it?

Fahey: They used a trick to pull off the PG. They made the first half hour, 45 minutes super boring so the film ratings board folks fell asleep.

Ethan: And yet it never seemed to waste time. In the very beginning I thought it would do the long drawn out thing of “oh, this weird goo, is it evil?” but then it immediately leaves Jameson’s body and begins messing shit up.

Chris: I have seen some debate as to how long that movie was.

Ethan: it definitely did not feel like the billed run time.

Chris: It felt like an hour and a half tops. Also, I should say for clarity that while I respect Tom Hardy committing 100% to a tacky movie, his performance almost exists in its own space.

I’ve described it as Bobcat Goldthwait if he never did the high registers or Charlie from It’s Always Sunny if he somehow had an MSNBC gig.

Fahey: Yeah, it’s a weird time dilation sort of thing. I recall feeling the opening drag, but once Brock and Venom got together it was so much stupid fun it just flew by.

Ethan: I first got excited for this movie w hen I watched the original trailer that everyone thought was terrible.

It reminded me of 2004’s Punisher. While it doesn’t have nearly the arc or deep bench of characters that movie had, it just felt so damn refreshing to see a comic book movie where it doesn’t seem like the writers, directors, or studio have a to-do list of boxes they need to check.

Fahey: Is that Dolph Lundgren or Thomas Jane?

Fahey: Ah yes, where instead of killing his wife and kids the mob killed everyone he ever loved, all at once. Good stuff.

Ethan: Also, what timing on the UN’s global warming report. I was perfectly primed to accept Venom’s core premise and not really get caught up in the nonsense particulars.

Chris: We should probably speak to the plot. Here’s what you gotta know: Not Elon Musk gets some symbiotes and Eddie Brock tries to stop him after getting Venom’d. And Riz Ahmed does a good job with some very bad dialogue.

Fahey: Wow, you remembered an actor other than Tom Hardy and Dawson’s ex (Michelle Williams)! 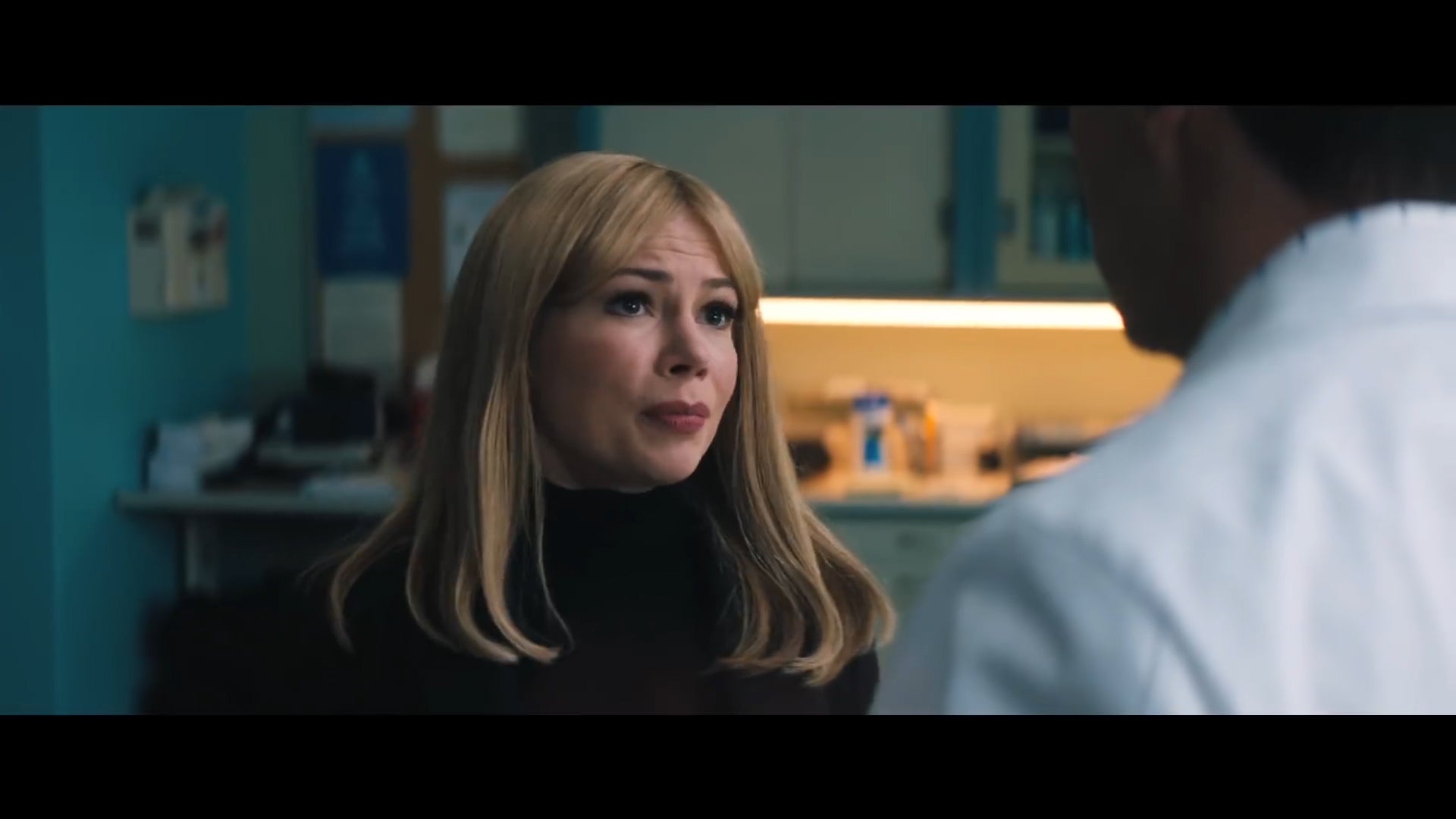 Chris: Jenny Slate is in there too, weirdly!

Fahey: It’s hard to be a scenery-chewing villain no one cares about. And yes, Jenny from Parks and Rec, doing not a single funny thing.

Ethan: I also really appreciated Mr. Robot’s Ron Cephas Jones doing the bit role of Brock’s Network boss. And the inconspicuous white dude from Veep who is very good at doing that one thing.

Ethan: It was also neat to see a movie shot in San Francisco, rather than shot in front of a blue screen and made to look like New York. I almost turned on a Full House rerun afterwards

Fahey: Though main filming was in Atlanta and NYC, painted to look like San Francisco.

Chris: Georgia: we will literally never tax a film crew ever. 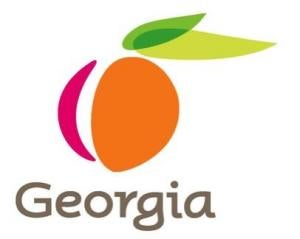 Fahey: Have a peach sticker.

Ethan: Mike, is this the Venom you wanted? I never knew the character beyond the Fox Spider-Man cartoon.

Fahey: Man, it’s tough to say, as the Venom I wanted was generally defined by Spider-Man. There are shades of the Venom: Lethal Protector comic series in here — that’s the one where Venom moves from NYC to San Francisco and becomes an anti-hero — which I dig.

My favourite Venom so far has been from the Venom: Space Knight series, in which the Flash Thompson version of the character comes into his own. 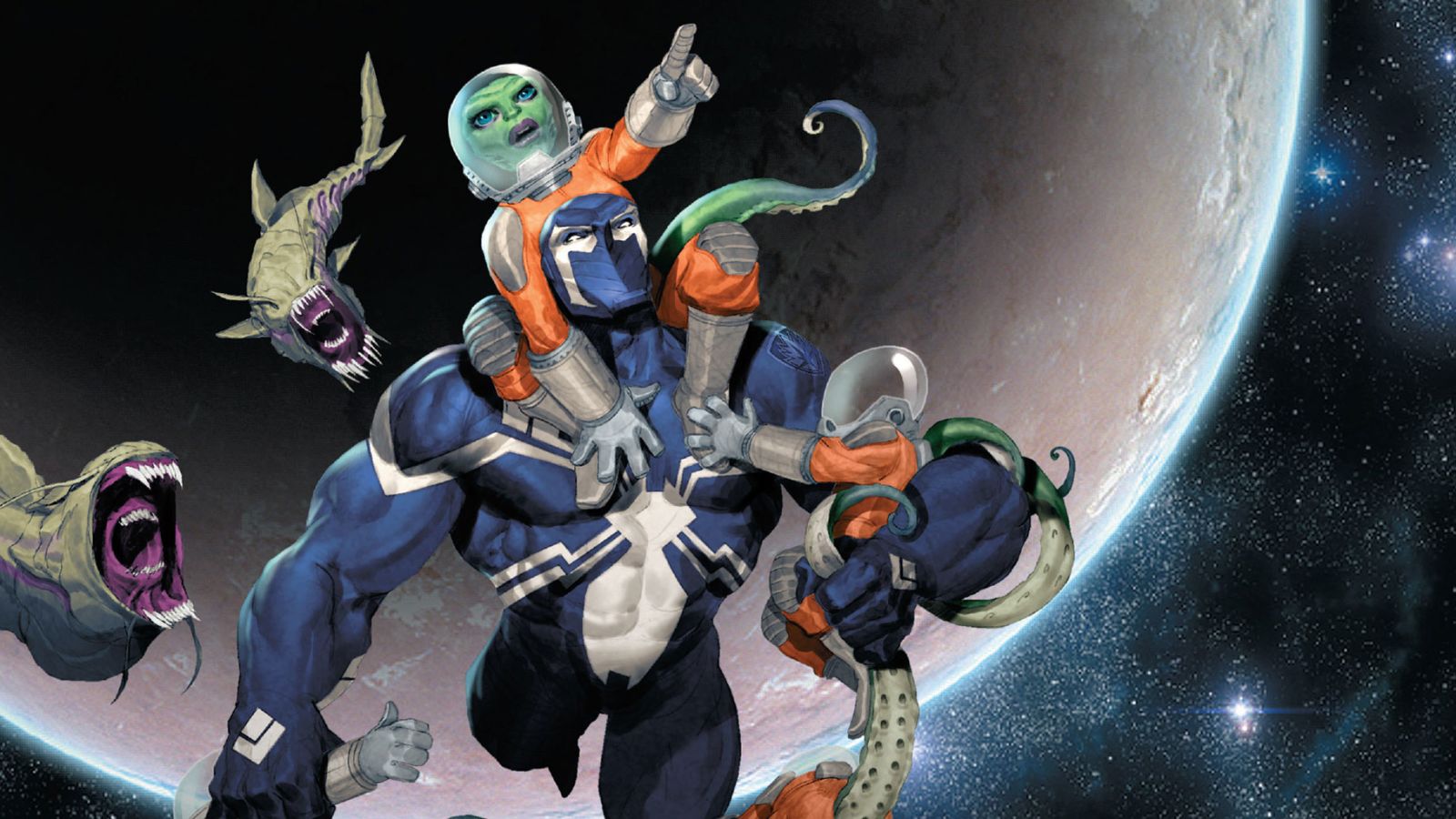 Fahey: I can’t help but feel Eddie Brock’s journey was seriously cut short here. That said, I still had a hell of a time.

Chris: I had a blast. The dialogue is very Good-Bad in a lot of ways, and there’s one line from Michelle Williams near the end that had me and the person I saw it with dying.

The parts that suck are fun, and the parts that are fun are solidly slapstick. But I probably won’t see it again unless I’m on a plane.

Fahey: I will purchase it on 4K Blu-Ray if it comes with a director’s commentary. If I ever find myself in a hospital for four months again, forced to flip through basic cable channels, I’d stop and watch.

Ethan: The beginning montage of Brock’s Vice News-like reporting killed me, as did Brock later saying something to the effect of “Oh no my legs!” after wiping out on a motorcycle during a chase scene.

This is definitely the type of movie I will try to convince everyone I see to watch so I can watch them watch it and then probably be very disappointed when they don’t laugh as hard as me.

Chris: Same, but with uncooked lobsters. 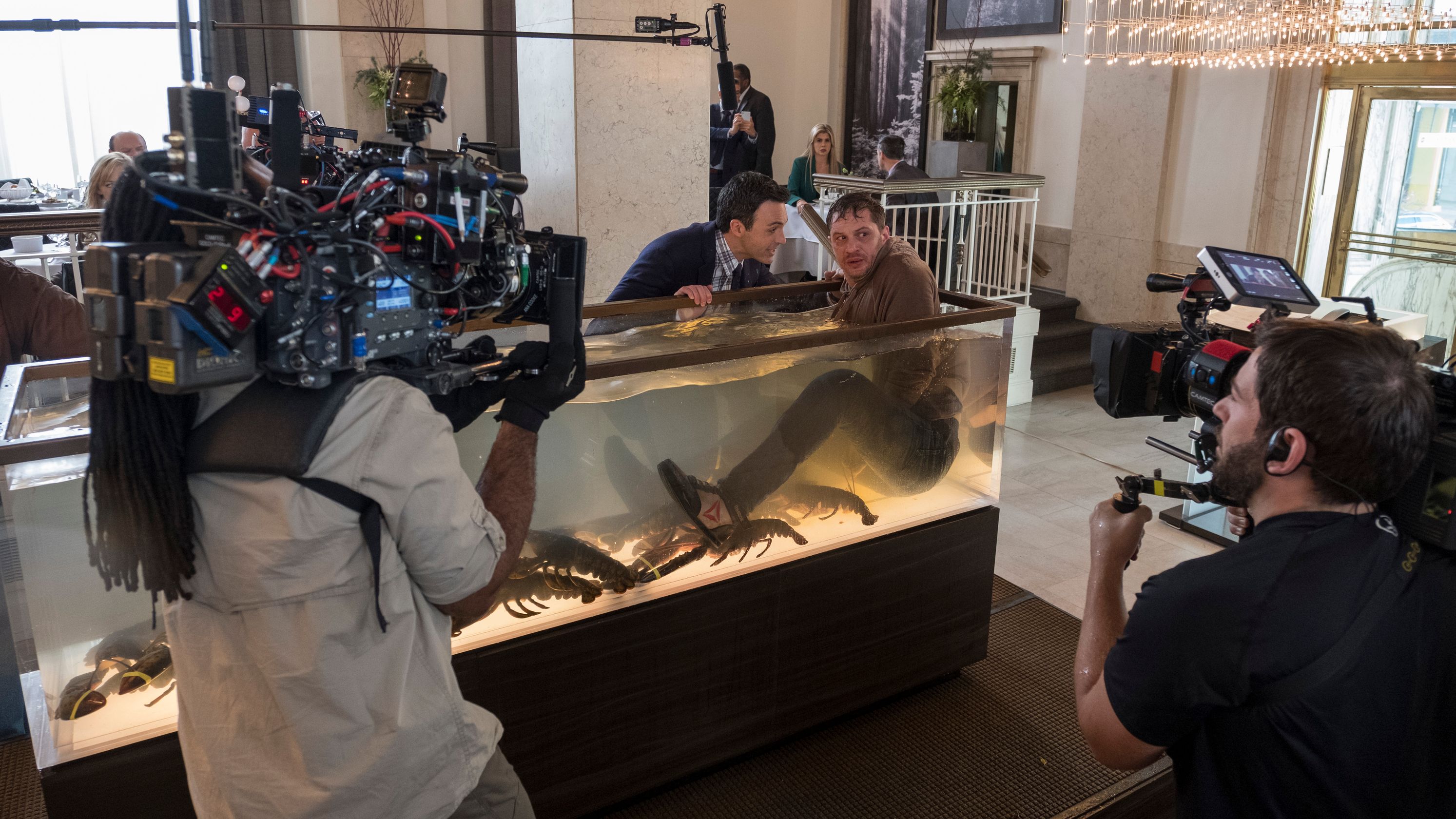 No lobsters were harmed during the uploading of this photo.

Fahey: Or Woody Harrelson in a red fright wig.

Ethan: I would gladly watch a sequel that was just Hardy and Harrelson sitting in adjoining cells doing Waiting for Godot: Symbiote Edition.

Fahey: We can only hope.

Ethan: Can I just say the ugly, grimey yellow tile in Brock’s apartment made me really happy? It felt like one of those small details that only exist, like Harrelson’s ridiculously red wig, to remind you this is all coming out of a comic book, and which end up being a lot more effective for me than, say, an epic $US50 ($70) million CGI battle in the third act.

Probably just out of nostalgia for the movies that were forced to do that back when computers were made out of wood.