Ever wanted to create your own fantastical, horrifying creature by literally slapping various body parts together? Well, without some kind of access to some level of dark magicks, that’s not gonna happen. But this new contest being held by Adobe and Wizards of the Coast might be the next best thing.

To celebrate the upcoming release of Waterdeep: Dungeon of the Mad Mage, Wizards is partnering with Adobe to task wannabe photoshoppers with creating the terrifying visage of a creature known only as the Terror of the Undermountain, a callback to the classic, The Ruins of the Undermountain adventure released for Advanced Dungeons and Dragons in the ’90s.

Using a set of pre-made body parts offered just for the contest, fans can incorporate their own artistic elements (like, say, a suitably creepy background for your Terror to skulk about in) and ‘shop together their own creation with a chance for it to become the official face of the Terror itself.

Lucky winners judged by a panel of Adobe and D&D designers will get a chance to see their design turned into an official miniature, meet the D&D creative team, and earn $US5000 ($7111) for their monstrous troubles, to boot. 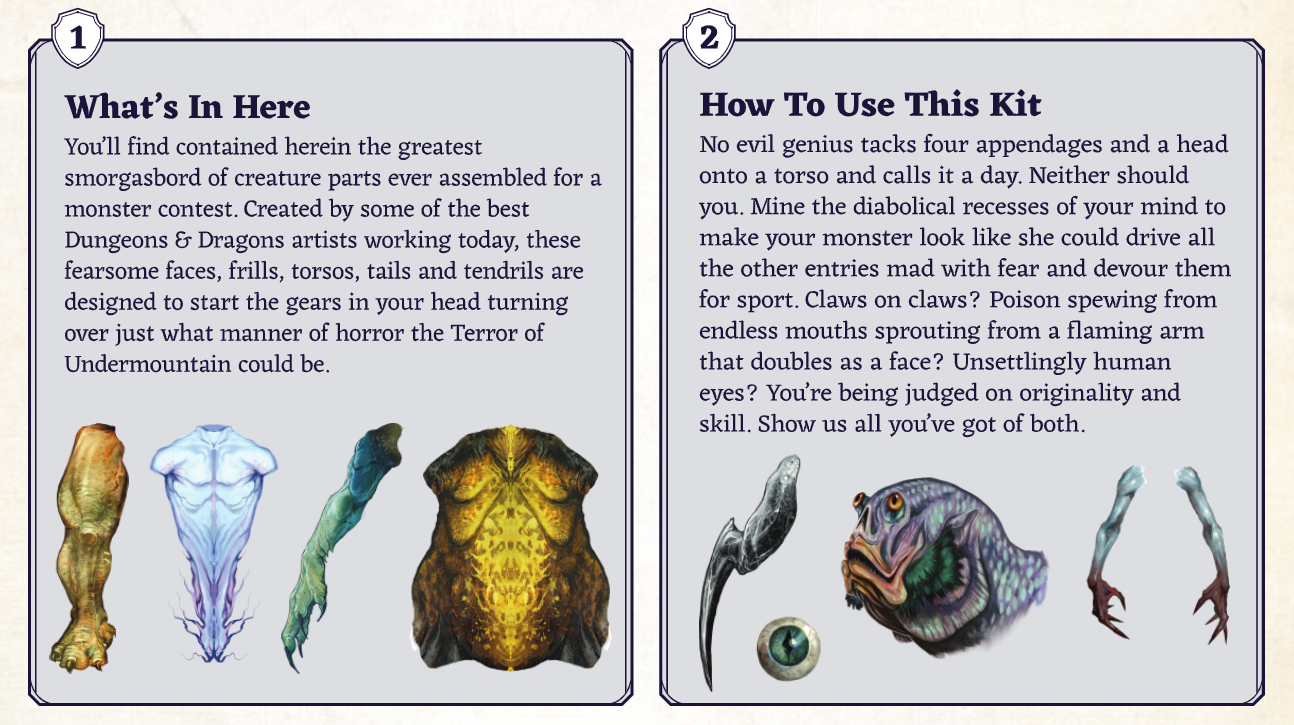 A sample of just a few of the grisly appendages included in the monster kit. (Image: Adobe/Wizards of the Coast)

It’s a pretty cool way to induct a new Monster into the vast canon of D&D — but if you’re interested, you haven’t got long, as entries close on November 16. If you want in on the monster mania — or just want to have a go at creating a monster for your own campaigns with the provided parts! — head on over to the official website for the contest and download the Monster Kit here.