I wanted to be frightened of Cyanide Studio’s new Lovecraftian horror game, but the scariest thing about Call of Cthulhu is the sloppy stealth action segments that try to add tension to an otherwise casual adventure game.

Back in 1981, when Chaosium first published the tabletop role-playing game on which Call of Cthulhu is based, the idea of twisted elder gods living in the salty depths of the ocean was terrifying. In those pre-internet days, occult ideas and concepts took firmer seed in young minds.

Younger me suffered quite a few nightmares based on the work of noted American horror writer/racist H.P. Lovecraft, dreams where I struggled not only with hideous tentacled beasts, but the concept of inescapable encroaching insanity. It was heavy stuff.

These days Cthulhu and friends just don’t hold the same power. Why not? Who’s to say, really. Perhaps the internet has given the nightmare prone among us a refuge from the dark night.

Maybe reality has proven more frightening than tales of eldritch horror. Or it could be the fact that I can buy an adorable Cthulhu plushie from Target. 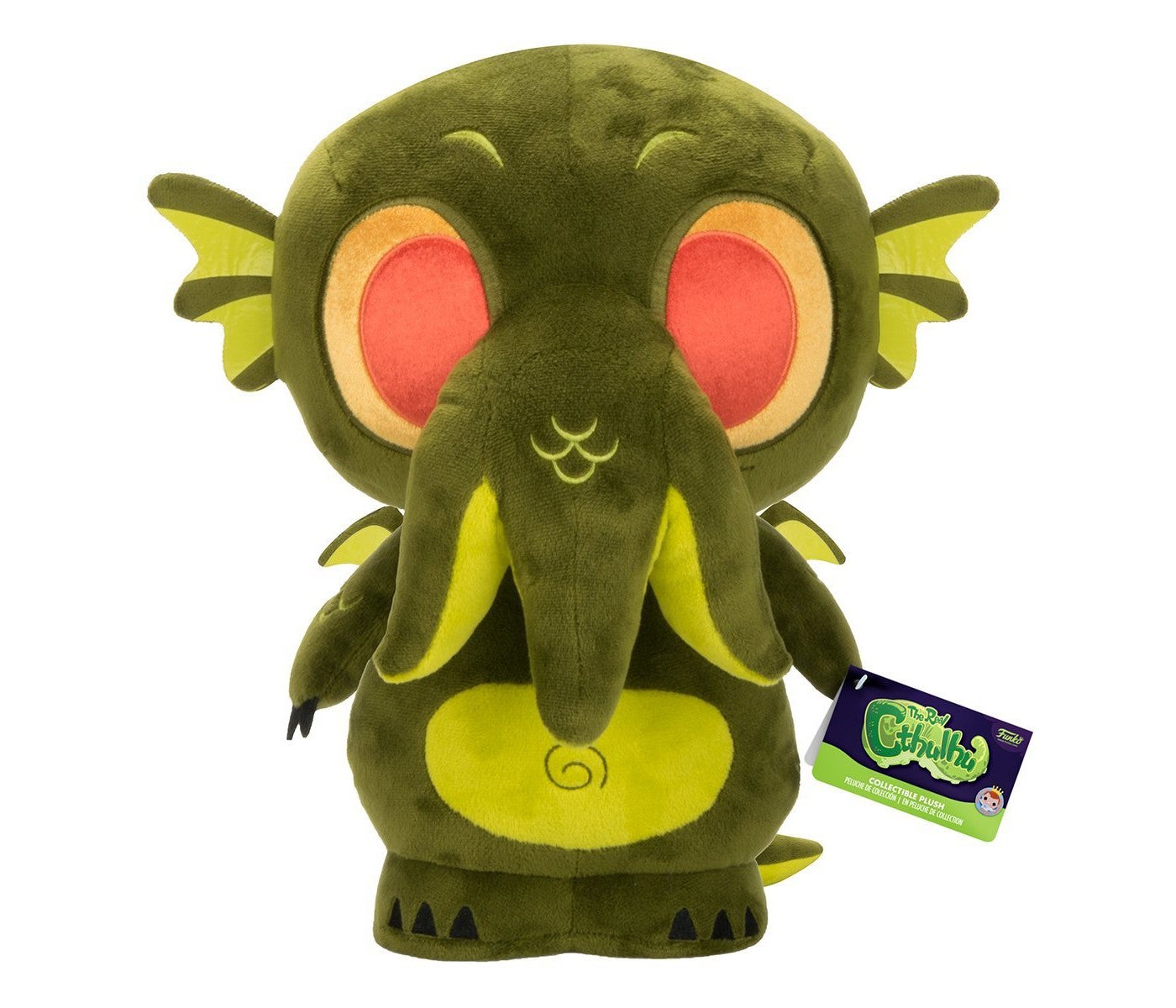 Regardless of the reasons, the watering down of the Deep Ones lends a campy air to Lovecraftian fiction, especially when it’s as by-the-book as Cyanide’s Call of Cthulhu, out today for the Xbox One, PlayStation 4 and PC.

The game casts the player as Edward Pierce, an alcoholic 1920s detective hired by a wealthy industrialist to investigate the mysterious death of his daughter’s family. The daughter, an eccentric artist known for her disturbing paintings, lived with her son and husband on Darkwater Island, a remote whaling community off the coast of Massachusetts. 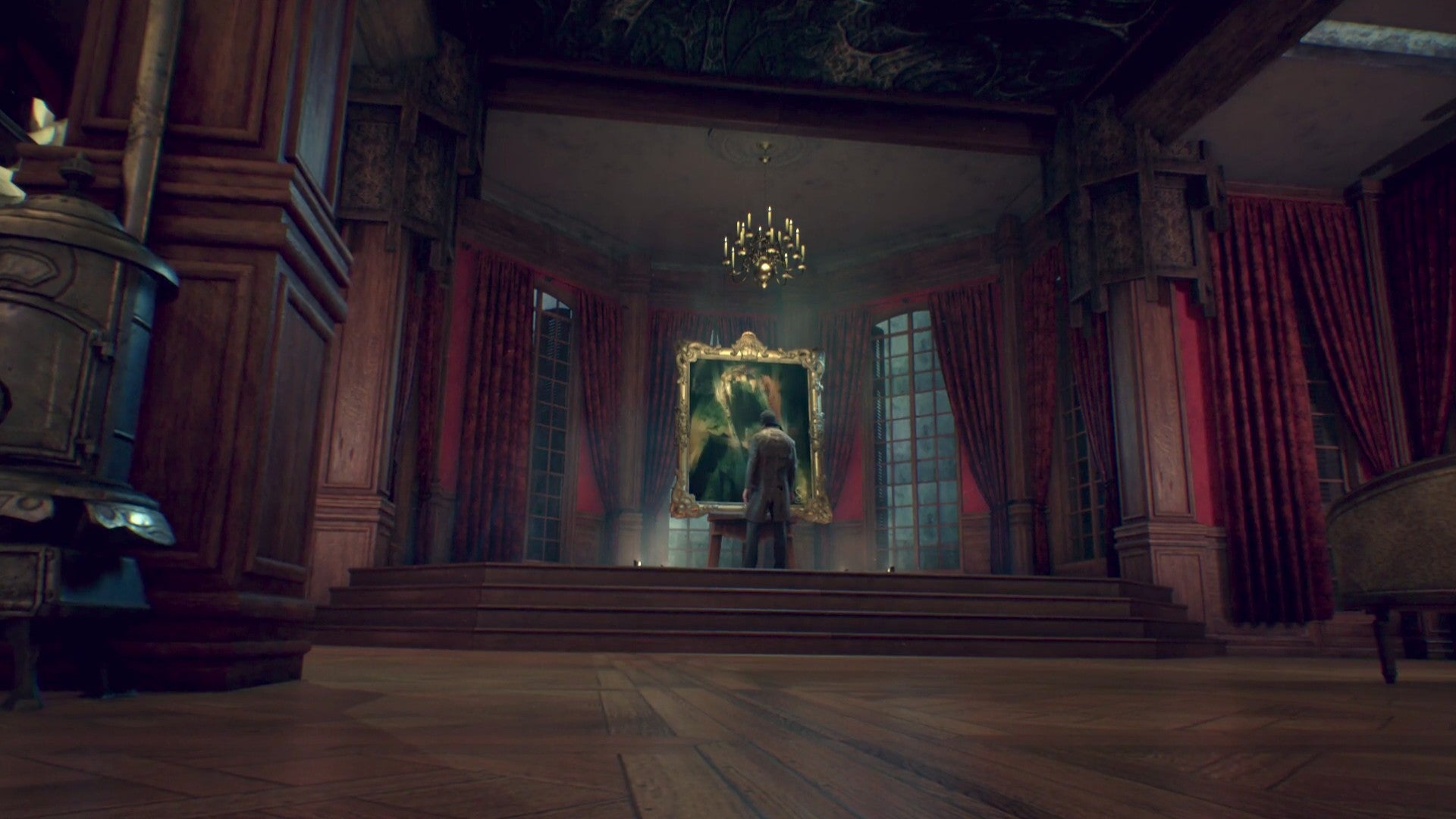 Our hero admires an occult painting in the mansion of one of the small whaling community’s random filthy rich residents.

In the hours I’ve played Call of Cthulhu on Steam, nothing unexpected has happened. The accidental death? Not an accident. The friendly locals? Not so friendly.

Is there a cult on the island worshipping a mysterious and powerful entity that probably smells of calamari? Could be. It’s down to Pierce’s keen detective skills to find out for sure.

In order to investigate, Pierce travels to different locations on the island and searches for interactive spots in the scenery. One book on a shelf full of books. One photograph in a cluttered desk drawer.

He might find a door he can open, or an item he can add to his inventory. Eventually clicking on these things will lead him to the next leg of his investigation. 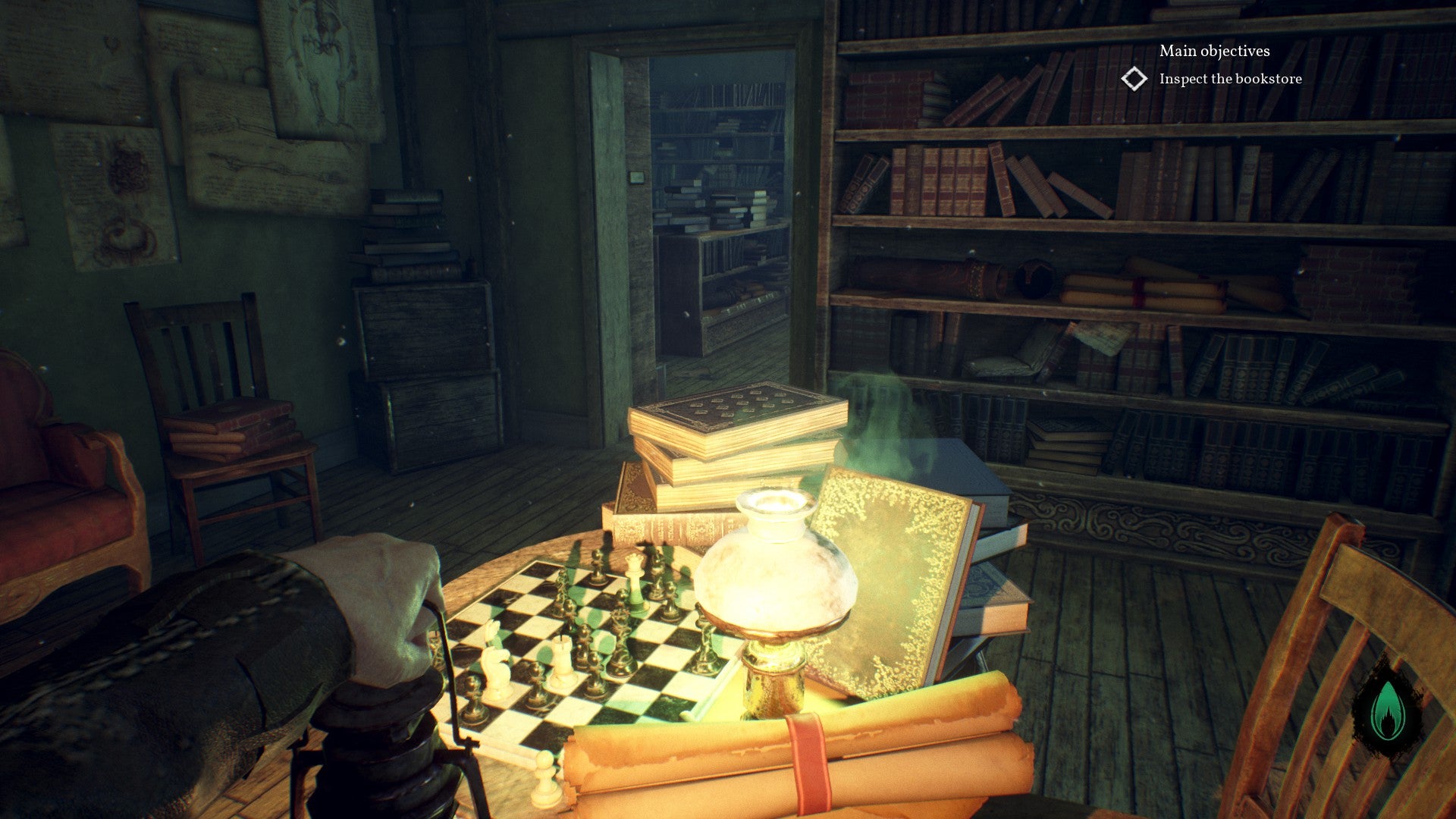 Inspect the bookstore. Are you inspecting? Good.

How well Pierce investigates depends somewhat on his stats. In keeping with the game’s tabletop role-playing inspiration, Pierce earns character points as the adventure unfolds, which he can apply to one of five stats—Spot Hidden, Eloquence, Strength, Psychology and Investigation. There’s also Medicine and Occultism, but those stats are only increased through reading books or stumbling across artifacts. 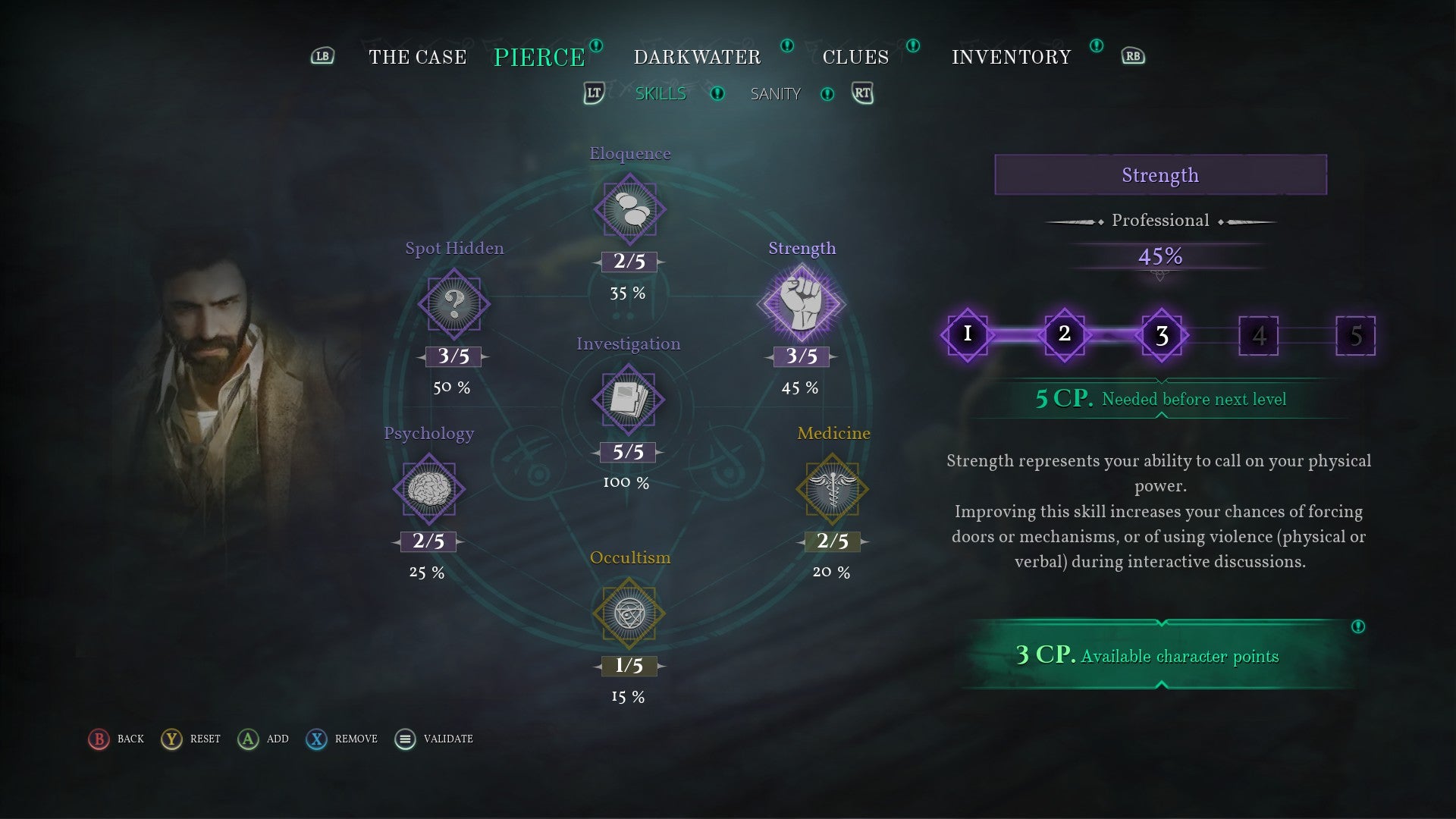 The game is ridiculously free with character points. By chapter ten two of my five manually upgradable stats are completely maxxed.

Stats also affect conversations with non-player characters. Having a high enough Eloquence might allow Pierce to talk a character into something they’d normally not do. As traumatic events cause Pierce’s sanity to unravel, even more dialog options appear. 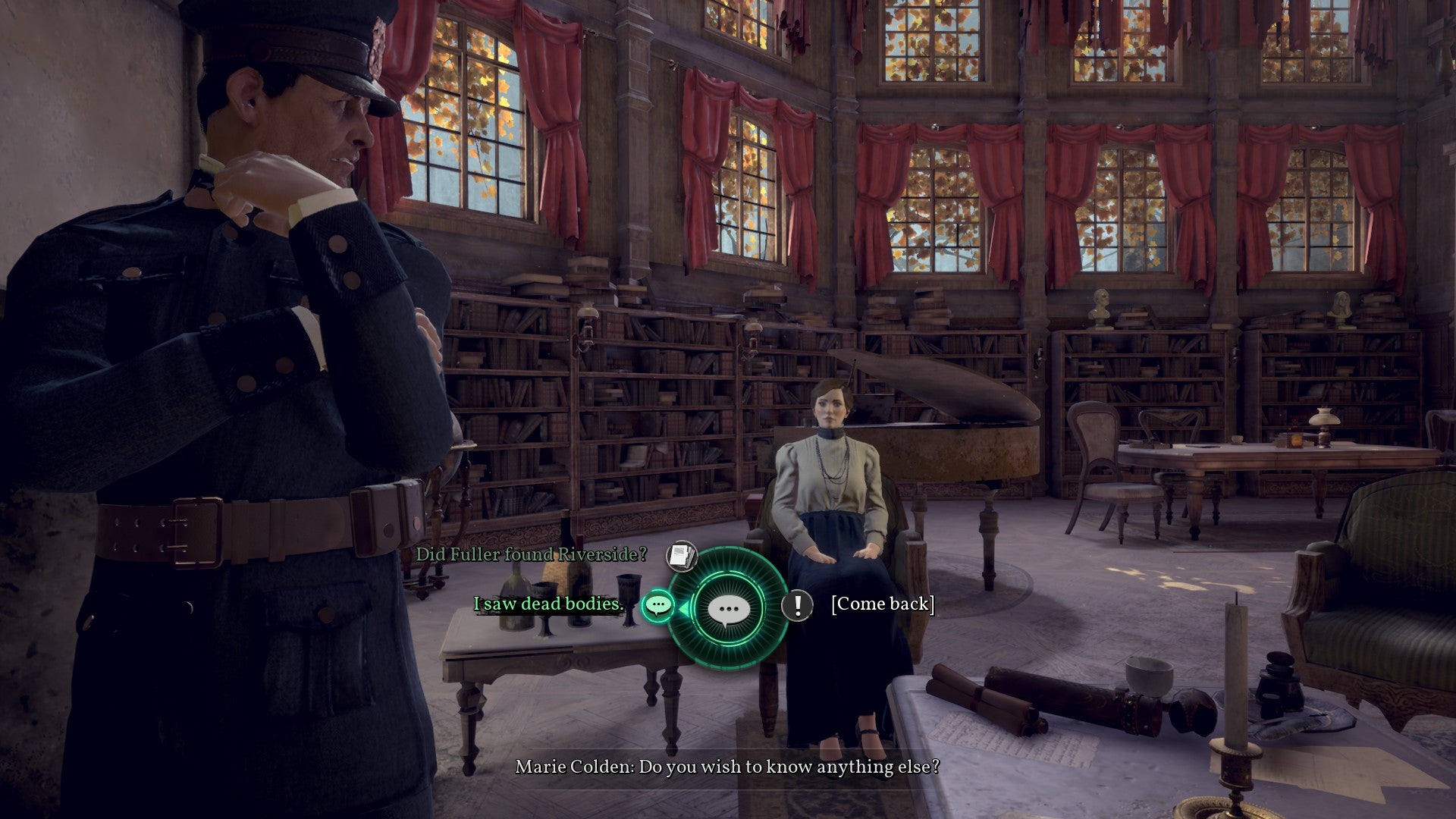 Call of Cthulhu likes to play around with madness. Different sanity states unlock as the game progresses, depending on what Pierce sees and does along the way. Something as simple as reading a cast-off book can have an impact on the mindset of our hero. As the narrative unwinds, so does Pierce’s mind, provoking odd hallucinations and enabling the occasional jump scare. 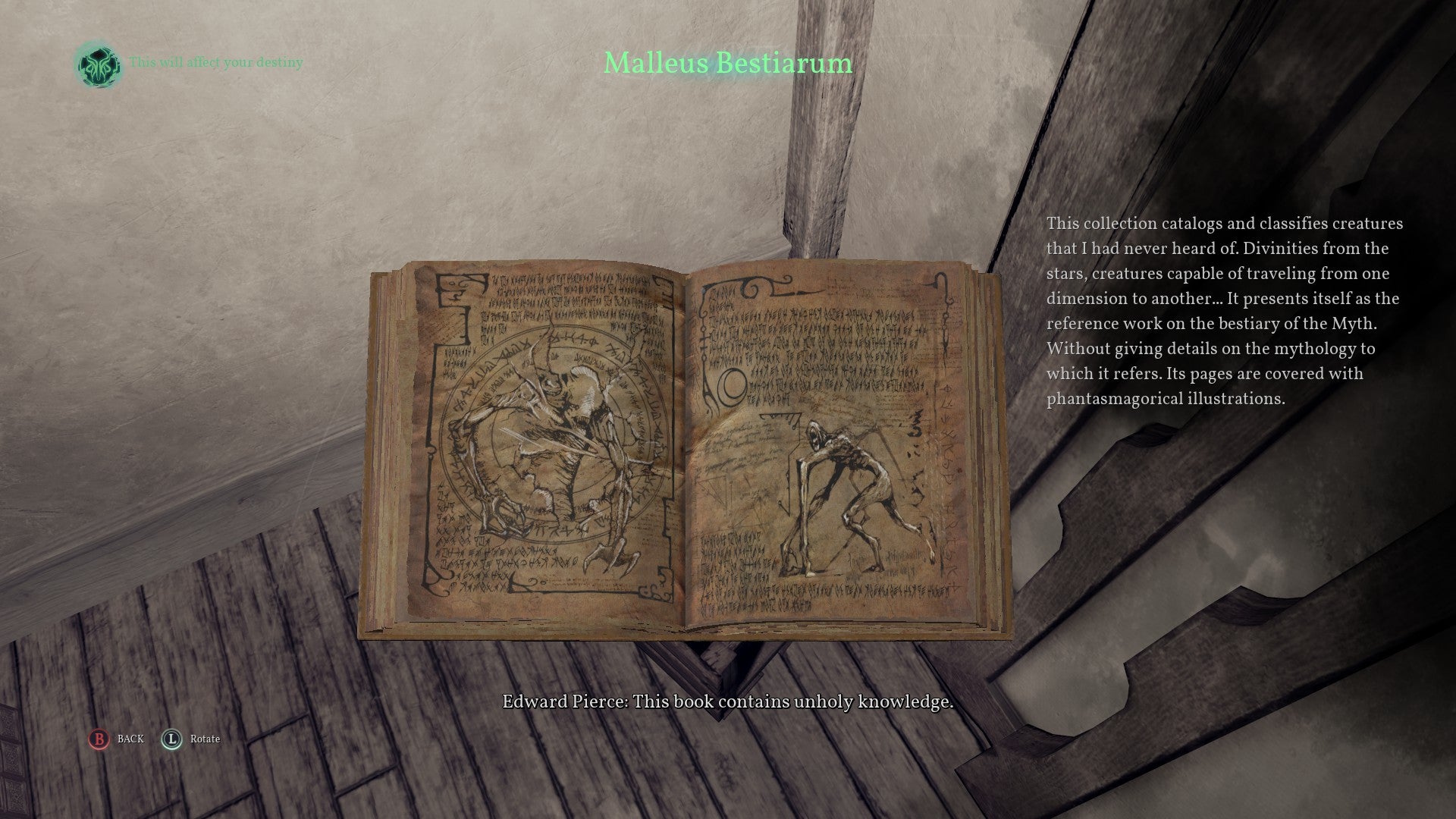 I say scare, but again, nothing really too scary. Call of Cthulhu is mostly a casual adventure, the sort of game I’d recommend to my mother, whose all-time favourites include Myst and the CSI game series. Things get a little creepy, but otherwise it’s a walk in the tentacle-infested park.

Then there’s that stealth action I mentioned. At key moments in the story, the player finds themselves tasked with quietly avoiding asylum guards or more sinister creatures.

Suddenly the casual walking isn’t so casual. Previously nonexistent tension springs to life in a most unpleasant fashion. The game attempts to use sound and icons to indicate whether Pierce is being seen by whatever is looking for him, but it’s a bit hit or miss. I’ve had a guard in my face, only to turn around and go the other way. 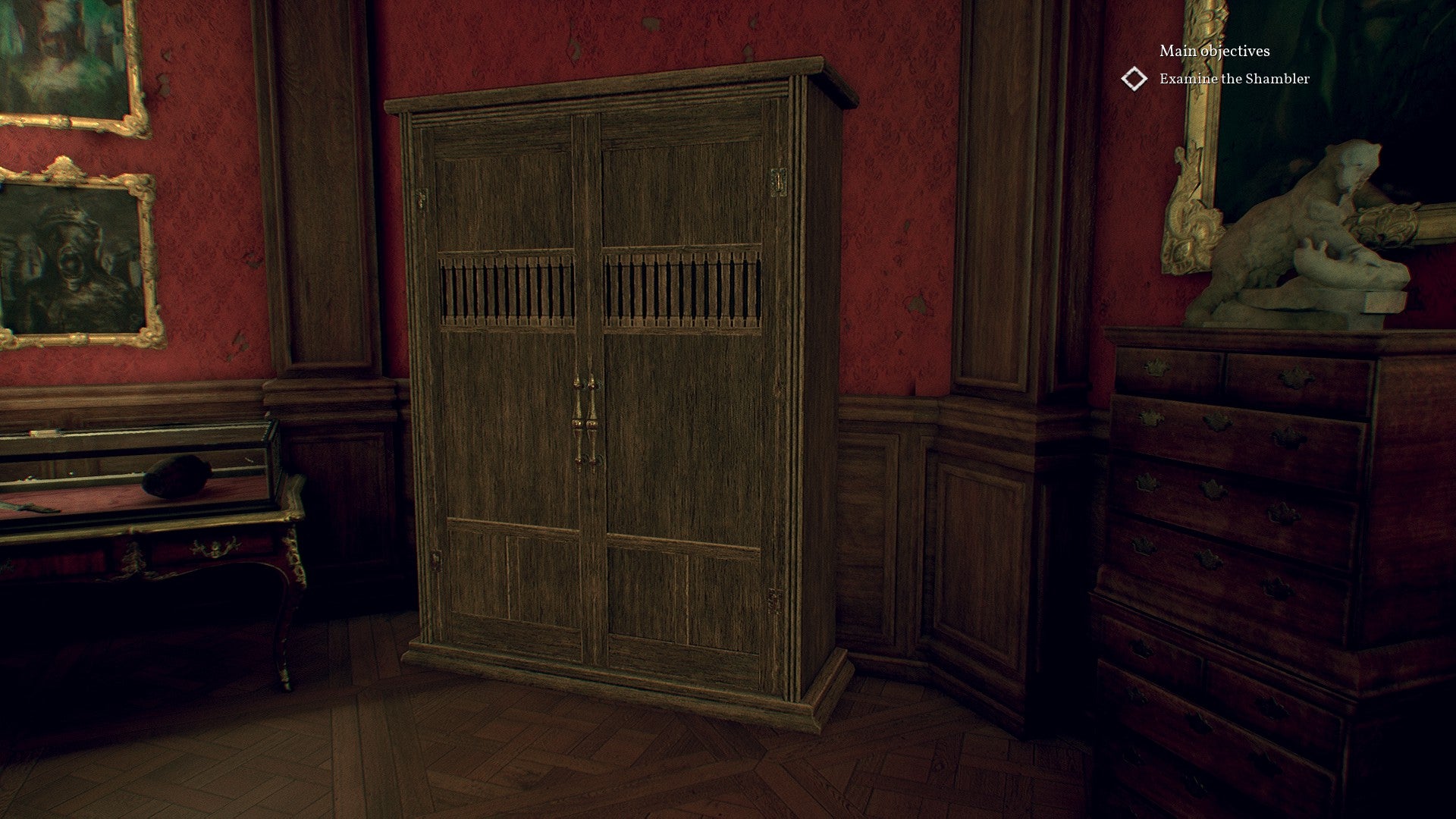 Entering a room containing these hiding closets makes me want to turn off the game.

These stealth sequences (and later chase sequences) ruin a perfectly lovely and relaxing adventure game. They’re attempting to get the blood rushing when the blood would rather just slowly slush about, as blood does.

Seeing as some of the game’s more dramatic narrative twists play out perfectly well in non-interactive cutscenes, these sequences weren’t necessary. 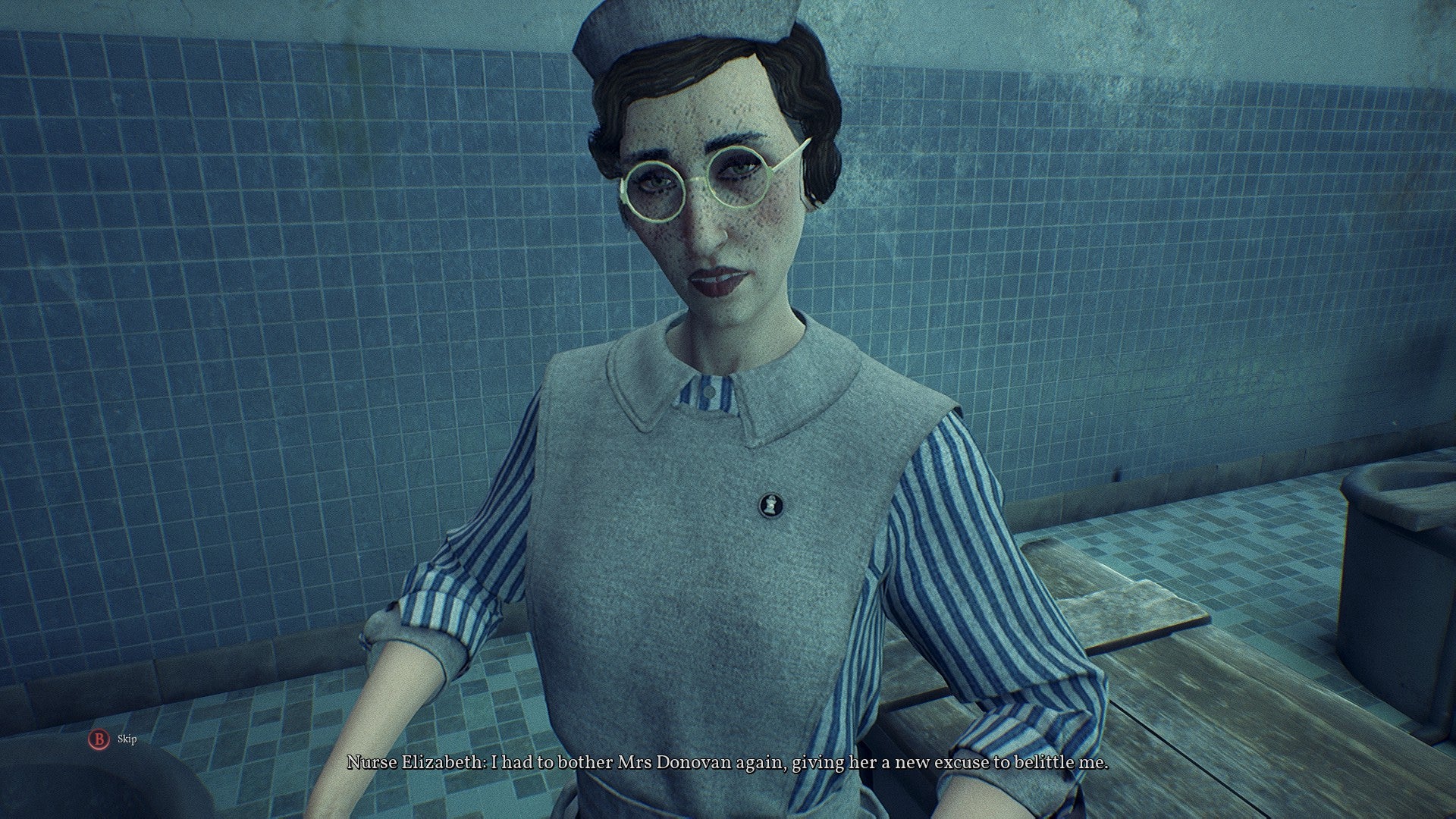 Without the sporadic running and hiding, Call of Cthulhu is pleasant little romp. It never gets particularly scary, but that’s just fine. In a way, it’s an affirmation that childhood fears eventually fade away, and that which once terrified us can eventually become a cuddly plushie or cute t-shirt.