Sexing My Way Through Ancient Greece In Assassin’s Creed Odyssey

If there’s anything I learned studying Classics at university, it’s that our respected ancient ancestors were total horndogs. That’s why I’m so happy Assassin’s Creed Odyssey embraces historical bonkery to the extent that it does.

People generally imagine historical figures the way they imagine their grandparents: shirts buttoned up right to the neck, using beds for nothing but sleep, and though they might have had sex one time for each of their children, they certainly didn’t do it any more than was necessary.

But I have bad news for you: people have been fucking since people, and fucking, were invented. And they’ve been loving it. 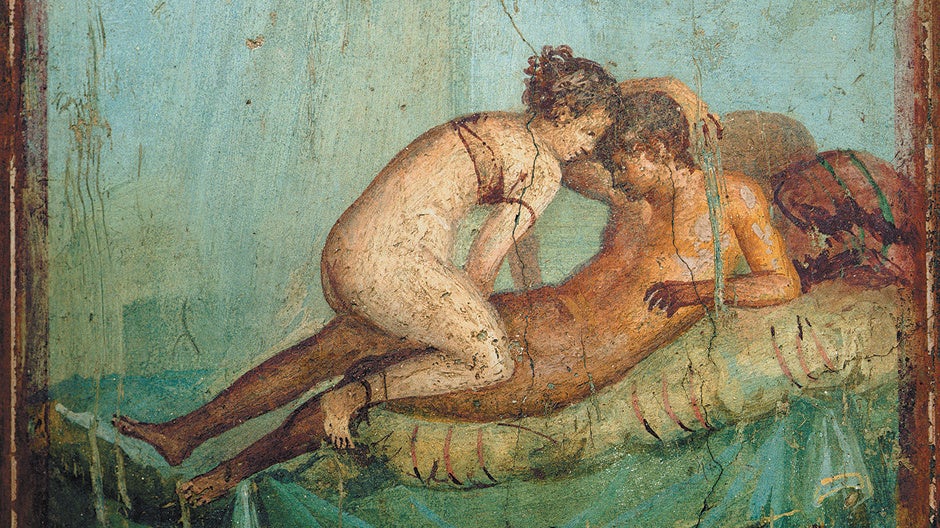 Roman fresco from a bedroom in Pompeii

Pompeiian walls are covered in so much nudity that it’s a wonder our teachers were allowed to take us to see them. Gigantic cocks and scenes of bestiality were so normal to Romans that they had them painted in their gardens and dining rooms.

Imagining Papa Caecilius, chowing down on roasted dormouse while Zeus, disguised as a bull, fucks a particularly saucy cow on the wall behind him, makes me wish that time machines could just hurry up and be invented already.

Alas, we have no time machines, but we do have, uh, video games. And, apparently, writers who aren’t afraid to stand up for the historically accurate fact that Kassandra, protagonist of Assassin’s Creed Odyssey, needs to get her rocks off in between missions. I’ve been playing for a little over 60 hours now, and I’ve probably boinked my way through at least 5 per cent of ancient Greece. There was Odysseus’ descendant, Odessa, who got me to sort out her problems before she got me to sort her out.

Then there was an old woman whose hubby wasn’t ploughing the field as much as she’d have liked, and although I brought her the ingredients for a love potion, he begged me to let him rest his poor pecker—so, ever the noble sell-sword, I proved to the old woman that, sometimes, a sword isn’t what you need.

But by far my favourite sexual encounter (she said, like a blind date gone horribly wrong) was one that was actually based on my favourite philosophy book (she continued, like the kind of awful blind date you’d put on Reddit). 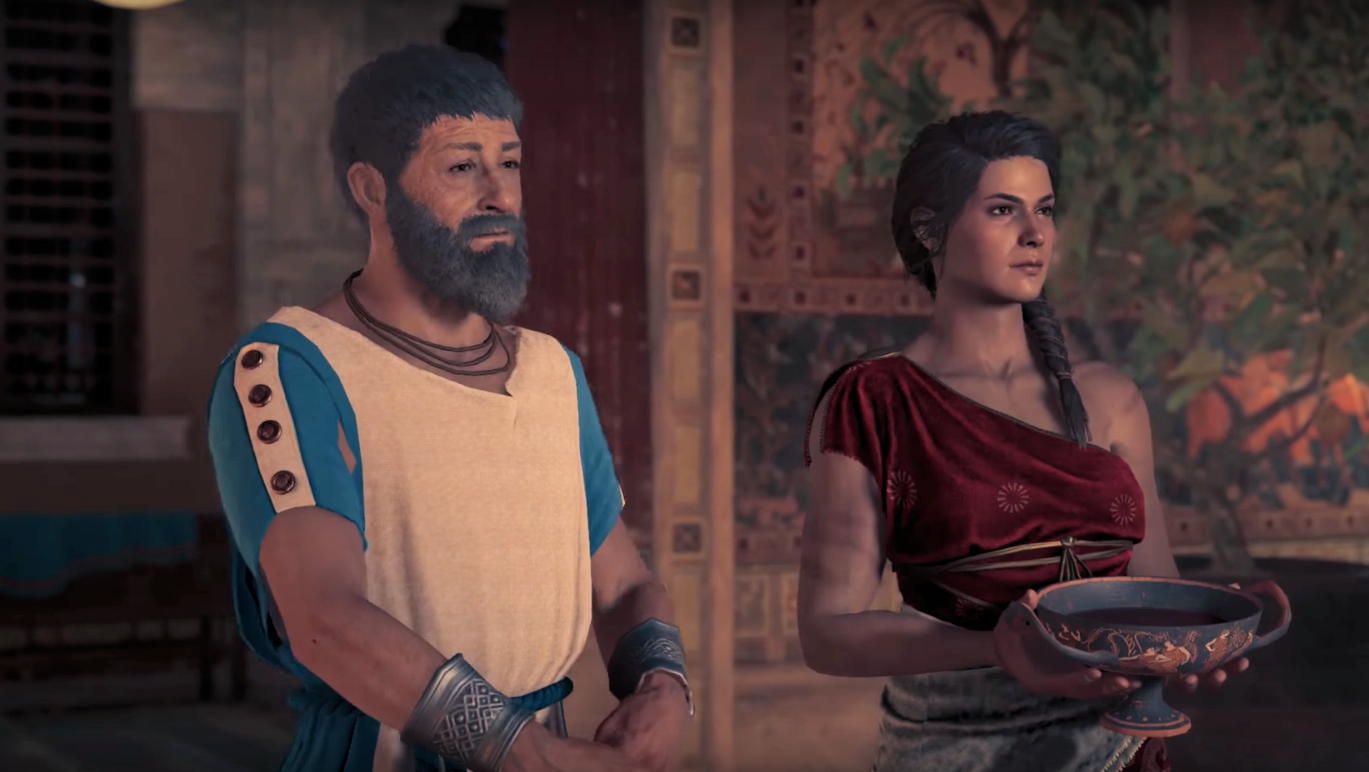 Plato’s Symposium is basically ancient fan fiction, which I am so on board for. It takes place at an imagined dinner party attended by some of Greece’s most notable men.

Philosopher and ponderer Socrates discusses the origin of love with comic playwright and general nuisance, Aristophanes. Later on, the party is crashed by a young man named Alcibiades, an Athenian general who was also known for being a fuck-frenzied libertine, a Casanova long before Casanova existed.

And here I was, albeit avatared through Kassandra, standing in the midst of these wise, funny men, waxing lyrical on the nature of love.

I was a little disappointed to see that the flirting that was so present in Plato’s smutty fanfiction was largely missing here; though the subtext of Sophocles and Euripides having some sort of lover’s tiff over Aristophanes was quite enjoyable. 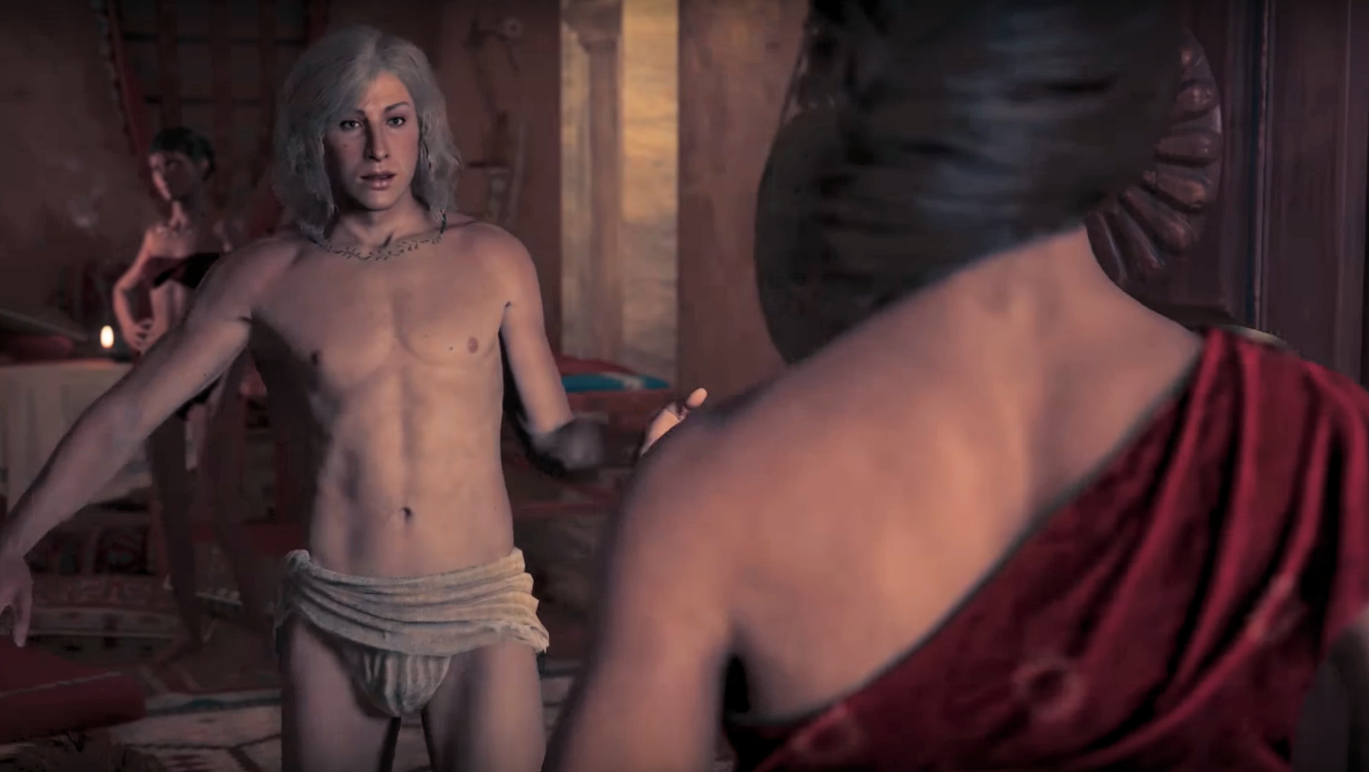 Alcibiades attempted to coax poor, constantly baffled Socrates into his bedroom, and failed. Intrigued, I followed the trail, only to find Alcibiades in some implied compromising positions with multiple people of multiple genders. Hell yeah. 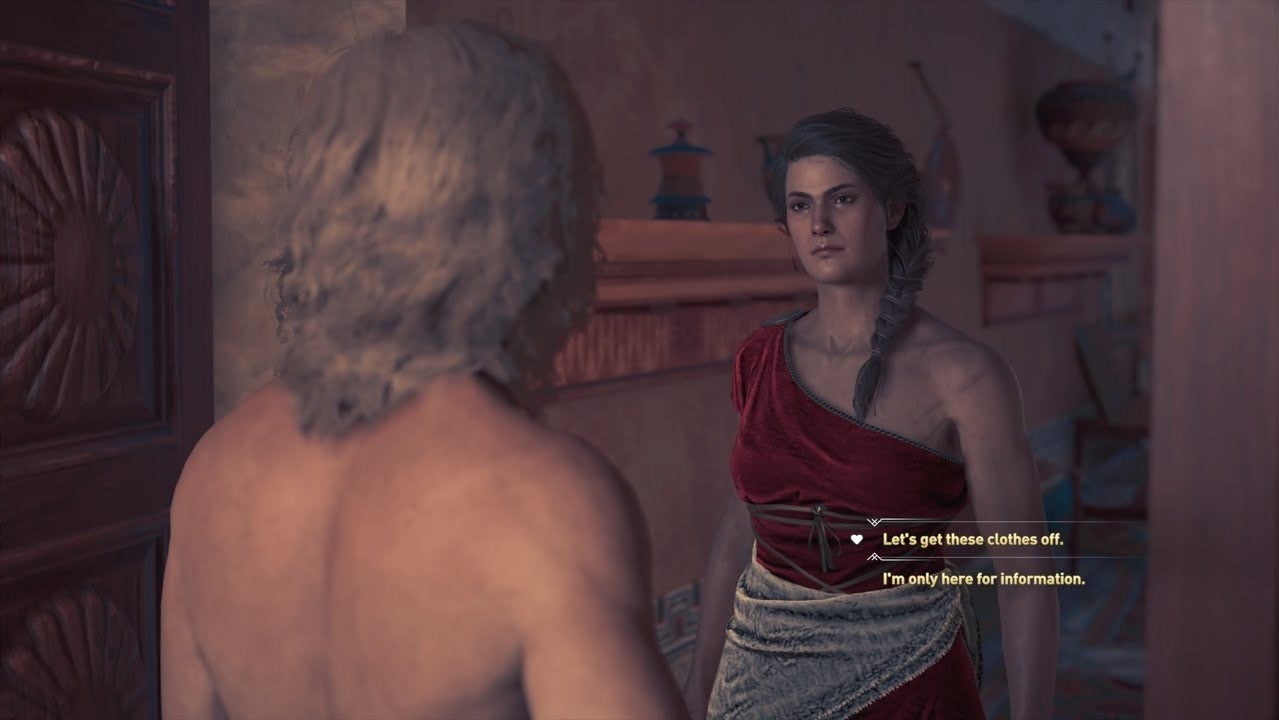 Many of Assassin’s Creed Odyssey’s main characters have multiple quests in their storyline, and I was pleased to see Alcibiades as one of these. Socrates pops up every now and again to offer you some ethical dilemma, and the Father of Medicine, Hippocrates, asks you to help him save patients, but Alcibiades is always focused on the contents of his toga. We had sex in a temple. I love this game.