Getting Famous In The Sims 4: A Short Story

Allison does this all day, every day. (Screenshot: The Sims 4, EA/Maxis)

When I moved to Del Sol Valley, I was so sure that it was going to be my ticket to fame. Instead, I’m in round after round of auditions for bit parts and commercial spots. Meanwhile, my two weird, nerdy roommates are streaming themselves to superstardom.

“Skyler,” you might ask me, “how can you get famous for streaming?” I mean, I have the same question. Allison and Patrick just get up, turn on their drones, and stream whatever they’re doing all day, every day. Sure, they take breaks when the drone runs out of batteries, but that just means they go straight to their little “media station” and upload YouTube videos. They don’t even change out of their pajamas. I can’t remember the last time they left the house. 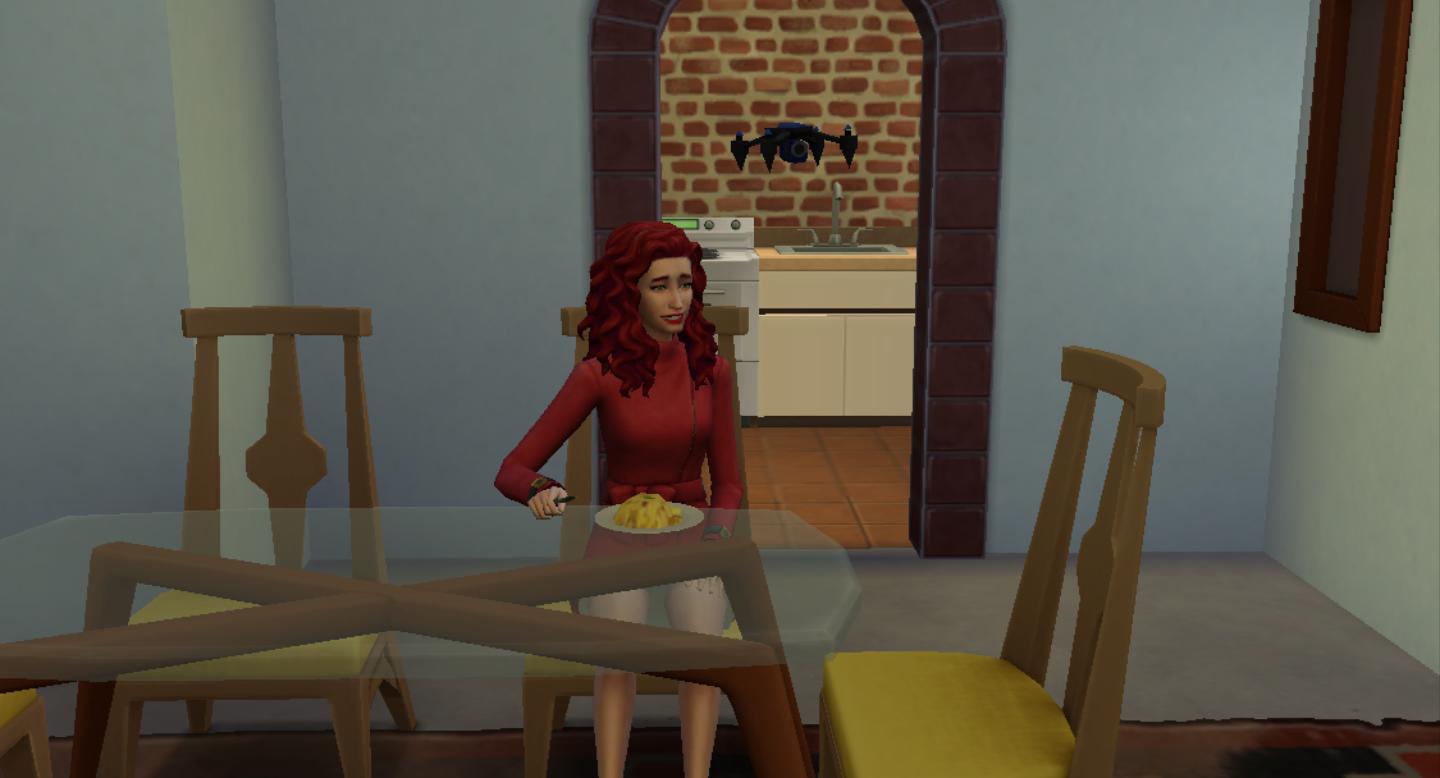 Allison does this all day, every day. (Screenshot: The Sims 4, EA/Maxis)

Me, on the other hand, I’m an actor. I’ve even landed a few commercial gigs. I wouldn’t say that my skill level in acting is all that high, but I’m charismatic and funny, and that’s gotta count for something, right? I even got a bit part on that daytime soap, The Urbz! My mum used to love that show.

Ugh, who am I kidding. I know how unimpressive all of that sounds. This isn’t how I saw my life going at all.

When I moved to sunny Del Sol, it was a scene I could imagine being written in my future biography. I emerged into life a fully formed Young Adult, with three traits and an Aspiration of being a World Famous Superstar. I have flaws, like anyone else. I can be Self Absorbed, and a bit Gloomy, but mainly that means I occasionally fish for compliments and have days where I’m just in a bad mood. That’s not all that bad, right? Compared to my freaky roommates, I’m downright angelic. 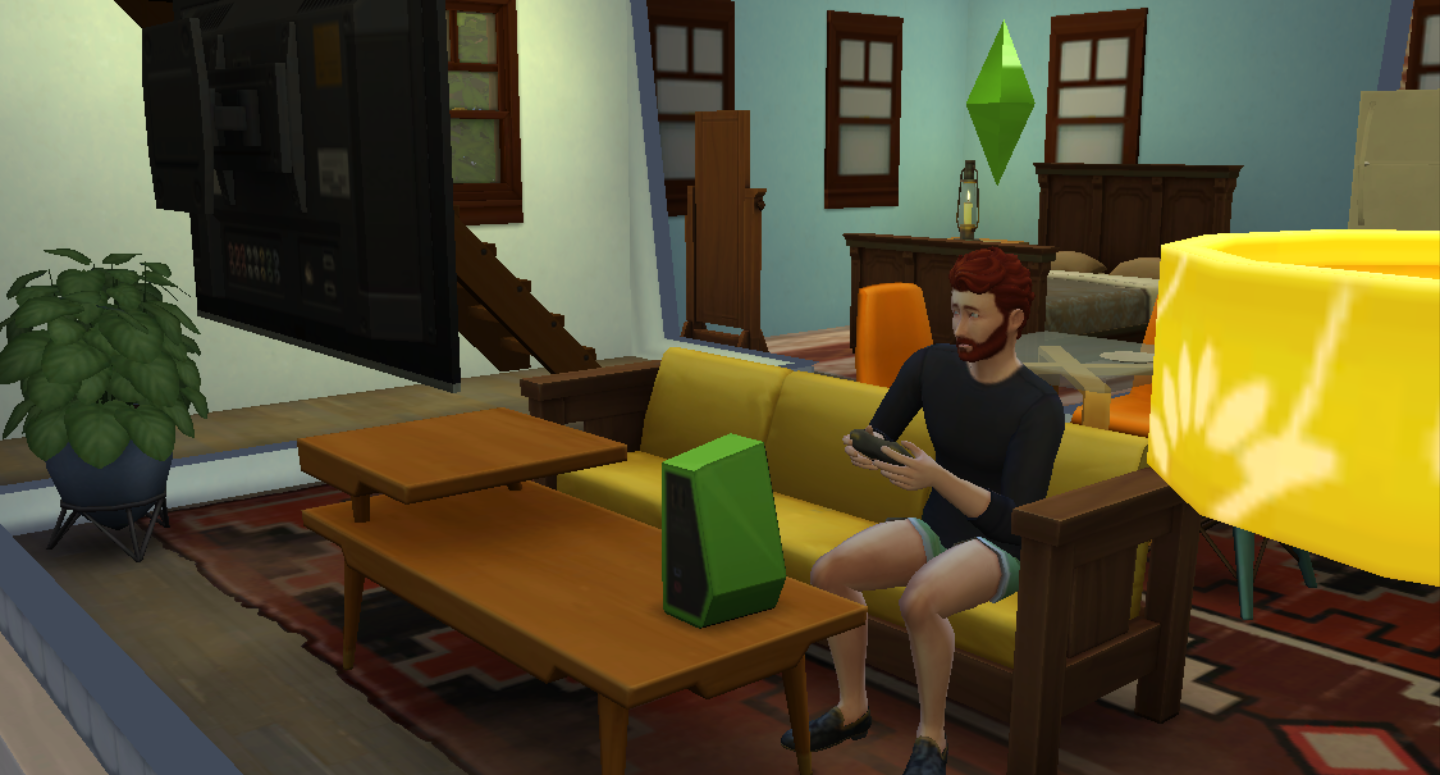 At least Patrick lets me use his console when I’m waiting to hear from my agency. (Screenshot: The Sims 4, EA/Maxis)

This is going to sound terrible, I know, but I actually chose to live with them because they were so lame. That way, I wouldn’t have any competition. But when Vanessa Jeong — you might have seen her in a couple commercials too, hard to forget that blue hair — came by to welcome us into the neighbourhood, my two new roomies somehow ended up hogging the spotlight. I could barely get a word in edgewise. Now she and Allison are like, besties or whatever. I mean, fine, suit yourself, Vanessa, but maybe if you hadn’t turned me down we could have boosted both our careers.

I don’t get why people think these boring losers are so interesting all of a sudden. Take Patrick, for instance. All he does is game. I’m being serious: all he does is game. He gets up, turns on his drone, eats, games, eats, games, sleeps. I’m not even sure he has friends. Wait a sec—wanna hear something funny? One time the drone broke and, I swear to god, Patrick cried!

I don’t get what Patrick’s doing, let alone why anyone would watch it, but he’s got nothing on Allison. When I asked her what her job is, she said, “Social Eater.” She even went down to the department of labour to officially register herself as that. What does it mean? She turns on her drone while she cooks and eats. That’s it. She’s not even that good at cooking. She set the stove on fire the first day we moved in while making a grilled cheese! 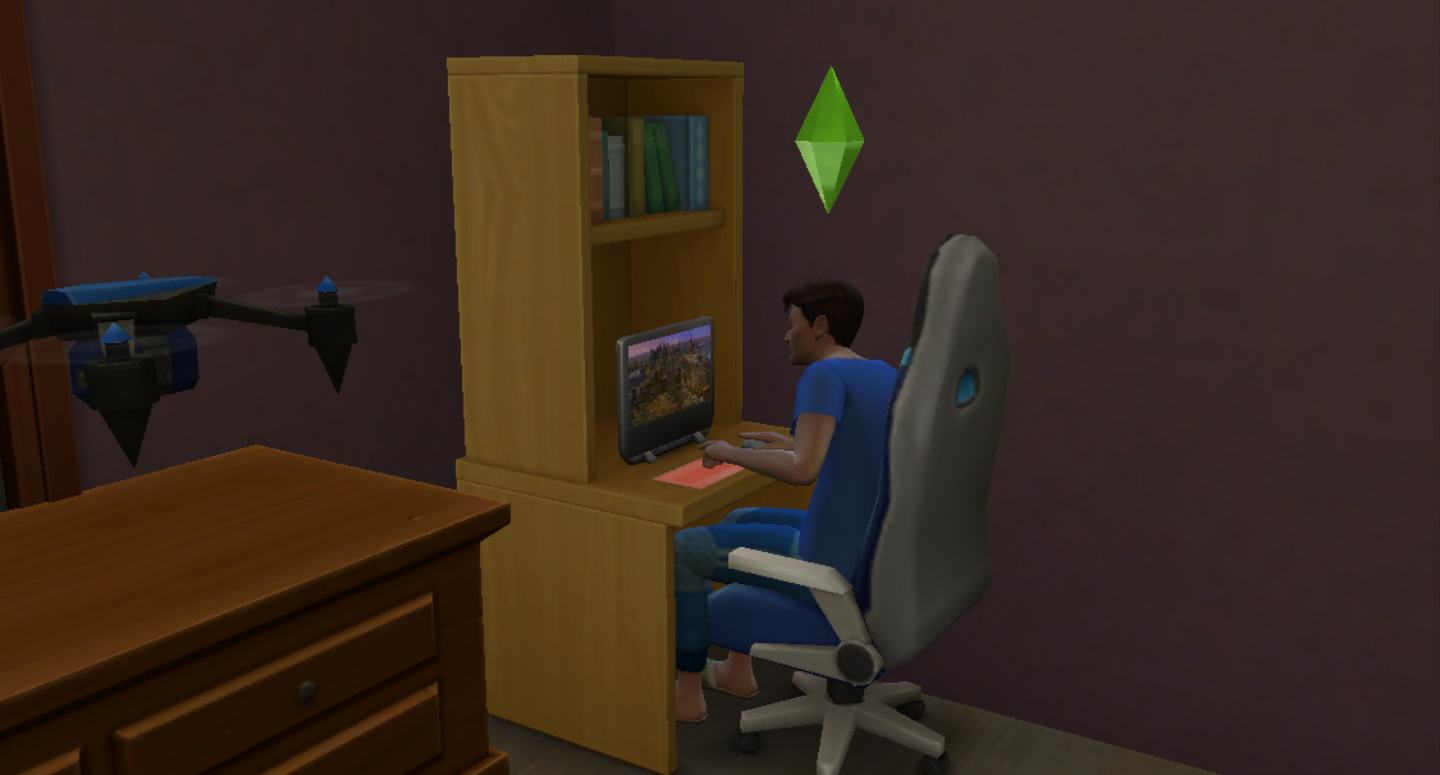 Patrick’s such a loser. (Screenshot: The Sims 4, EA/Maxis)

And yet! They’re both more famous than I am! I don’t understand it. Here I am, busting my arse two, sometimes even three times a week, and they’ve got more fans than me. And honestly? They’re pretty selfish about it. One time I asked Patrick if I could game on his stupid stream and he said I was too “condescending.” Sometime after that he started locking his door so I’d stop coming in there and using his computer while he wasn’t in his room. How self-centered is that? I mean, if he didn’t want me to use his computer, he wouldn’t have gotten such a nice one, am I right?

But it’s not even like streaming is really working. Sure, they’re always “editing video” and “learning new skills” and “broadcasting their lives like some kind of fucked up panopticon,” but what I do? That’s real art. I’m sorry, but could you find the soul of a pirate spokesperson character in a commercial for mops? I thought not.

On the bright side, I’ve heard them both talk about how tired they are of working all day. In between auditions, while I’m vegging out in front of the TV, they’re always scurrying around like rabid squirrels. Seems like staying in the limelight is way harder for them. If they stop streaming for even a day, their star starts to fade. 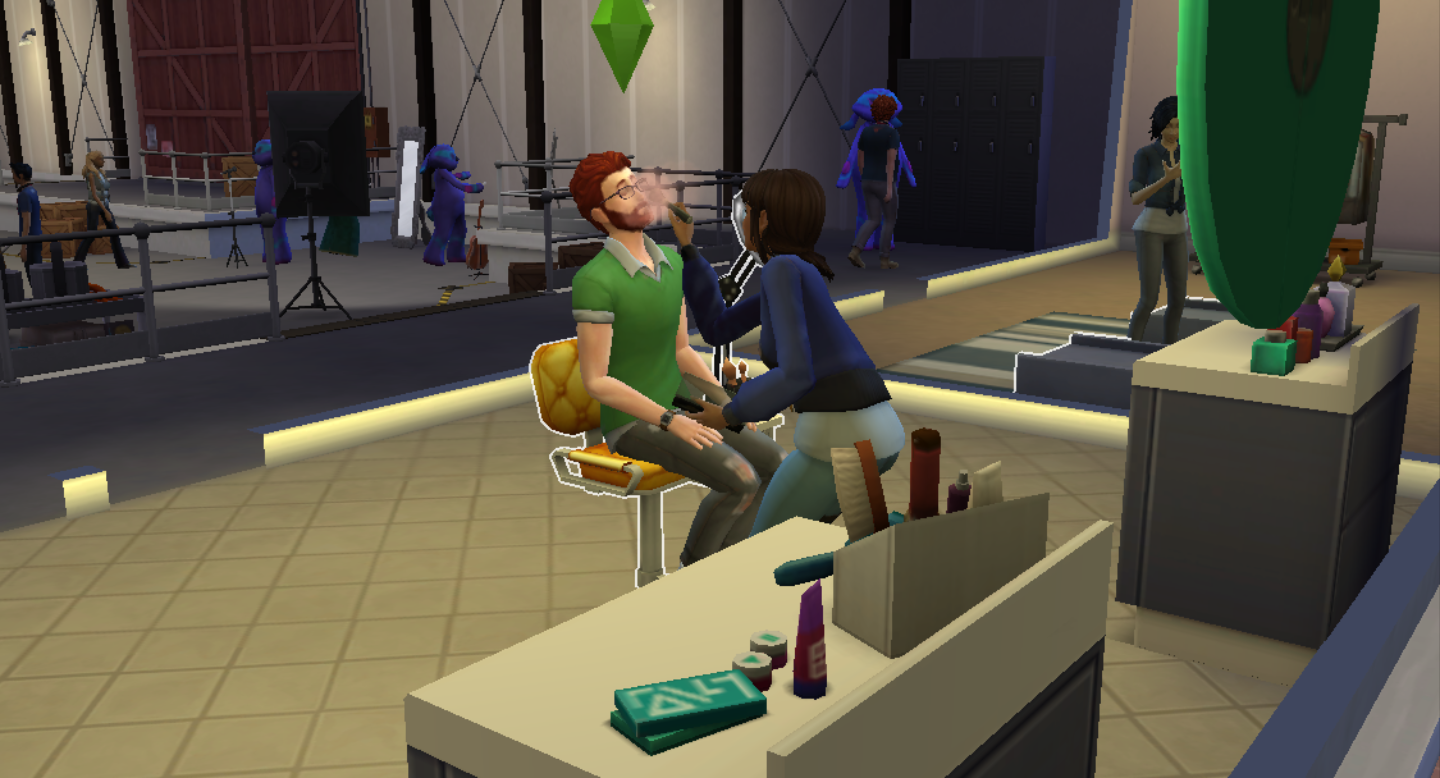 Look, it’s hard work but someone’s gotta do it. (Screenshot: The Sims 4, EA/Maxis)

Meanwhile I’m getting famous the old-fashioned way, which is way harder. I should update my Simstagram story more often, or go to the Talent Showcases in town. I should get out more. Everyone tells me that Orchid A-Go-Go is the place to meet more and up-and-comers like, or even real celebs like Thorne Bailey. I did meet him there, come to think of it. He wouldn’t actually talk to me. I mean, it’s fine, he was probably busy or whatever.

Sometimes I wonder if I should try my hand at streaming, because I’m sure I would succeed at it immediately, but then I think better of it. Why do something lame as hell like that when I just know I’m gonna be a star someday? And I’m not one of those people who just takes the easy road. I’m going to be famous for something that really matters. Like getting promoted from bit part to recurring role on The Urbz.