Hitman 2 follows the same basic structure as 2016’s Hitman. Cloned killer Agent 47 jet-sets to locations around the globe on the trail of a shadowy, powerful figure, assassinating other shadowy, powerful figures along the way. Levels are interspersed with cutscenes, here fully-voiced but static, that explore 47’s origin and its consequences in a plot that’s secondary to enjoying the game. In contrast, mission briefings are animated and thrilling, full of high-tech intrigue and vast conspiracies. It’s all the most basic framing for the game’s essentials: sneaking around in third-person, playing dress-up and murdering people. 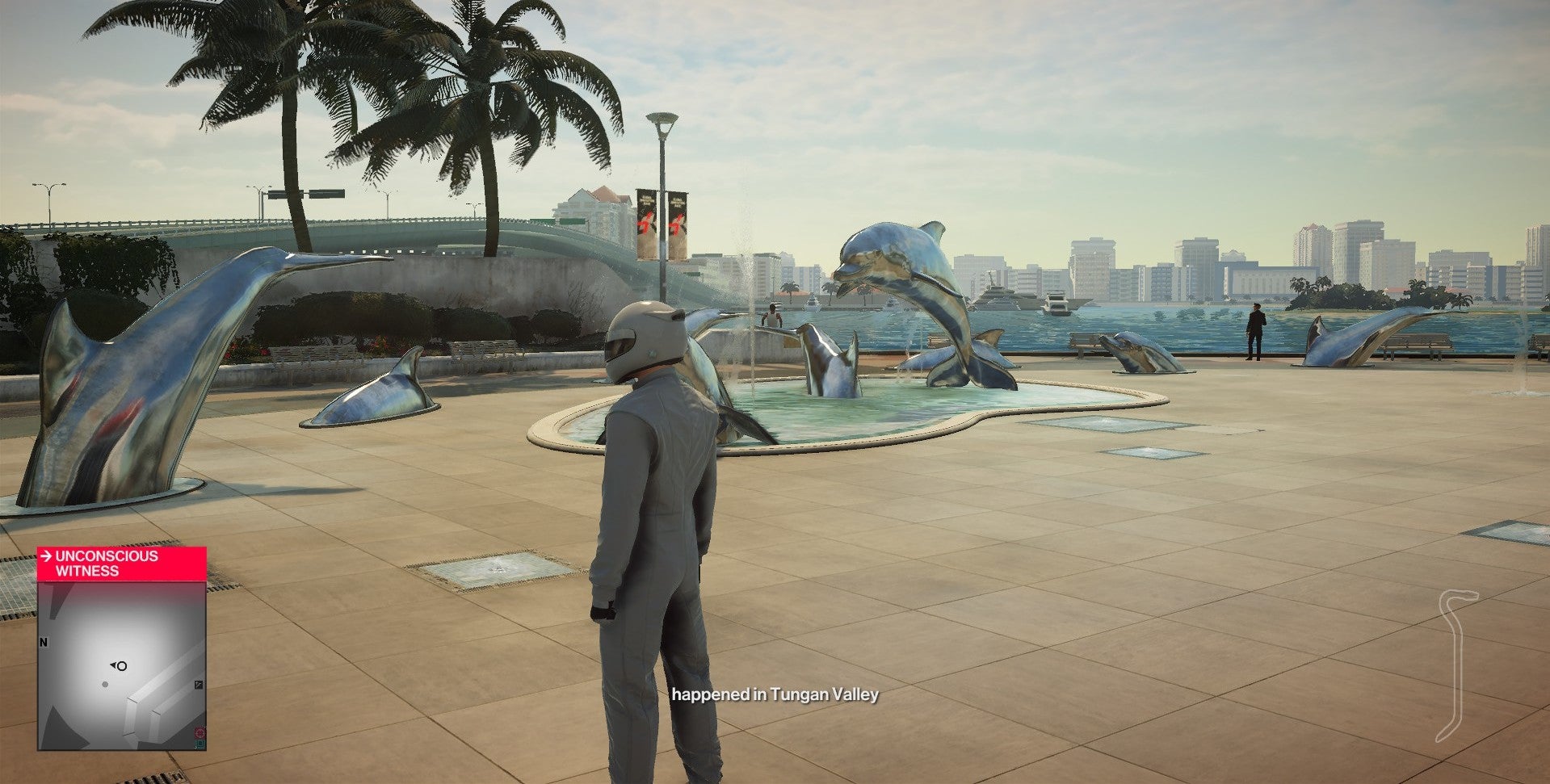 This is the second game called Hitman 2. The first came out in 2002 and, by one count, this new Hitman 2 is the 10th in the series. It follows a 2016 structural revamp for the series that was simply called Hitman, which focused on large levels, improvisation, and post-release challenges and new missions.

Unlike that 2016 episodic release, Hitman 2 is the whole game in one go, sans the multi-step escalation missions and single-chance elusive target assassination challenges that will come later. The episodic release was contentious among players, but it focused players’ attention on one level at a time and encouraged replaying them until you mastered them. Having the whole game at once offers a dilemma: Rush ahead to see what Hitman 2 has to offer before returning to levels you like, or take your time learning each level in depth before moving on? Given the size and variety of the levels, it’s a tough call. I wanted to see which challenges the game would throw at me next, but I also wanted to replay each level as soon as I’d finished.

Levels are huge and varied, and even a brisk trip through them reveals almost too many ways to take out your targets. Most levels have multiple targets and on occasion secondary objectives like finding information or leaving a character unharmed. Locations include a fancy New Zealand house, a riotous Miami race track, the crowded streets of Mumbai, and a mysterious island playground for billionaires. Each level has multiple areas: Public places to eavesdrop and uncover opportunities, buildings you’ll need to be frisked to enter, and tempting private spaces that require the right outfit or well-timed violence. Improvements to lighting, faces, and voice-acting make the sprawling levels a delight to simply wander through while you plan your approach. 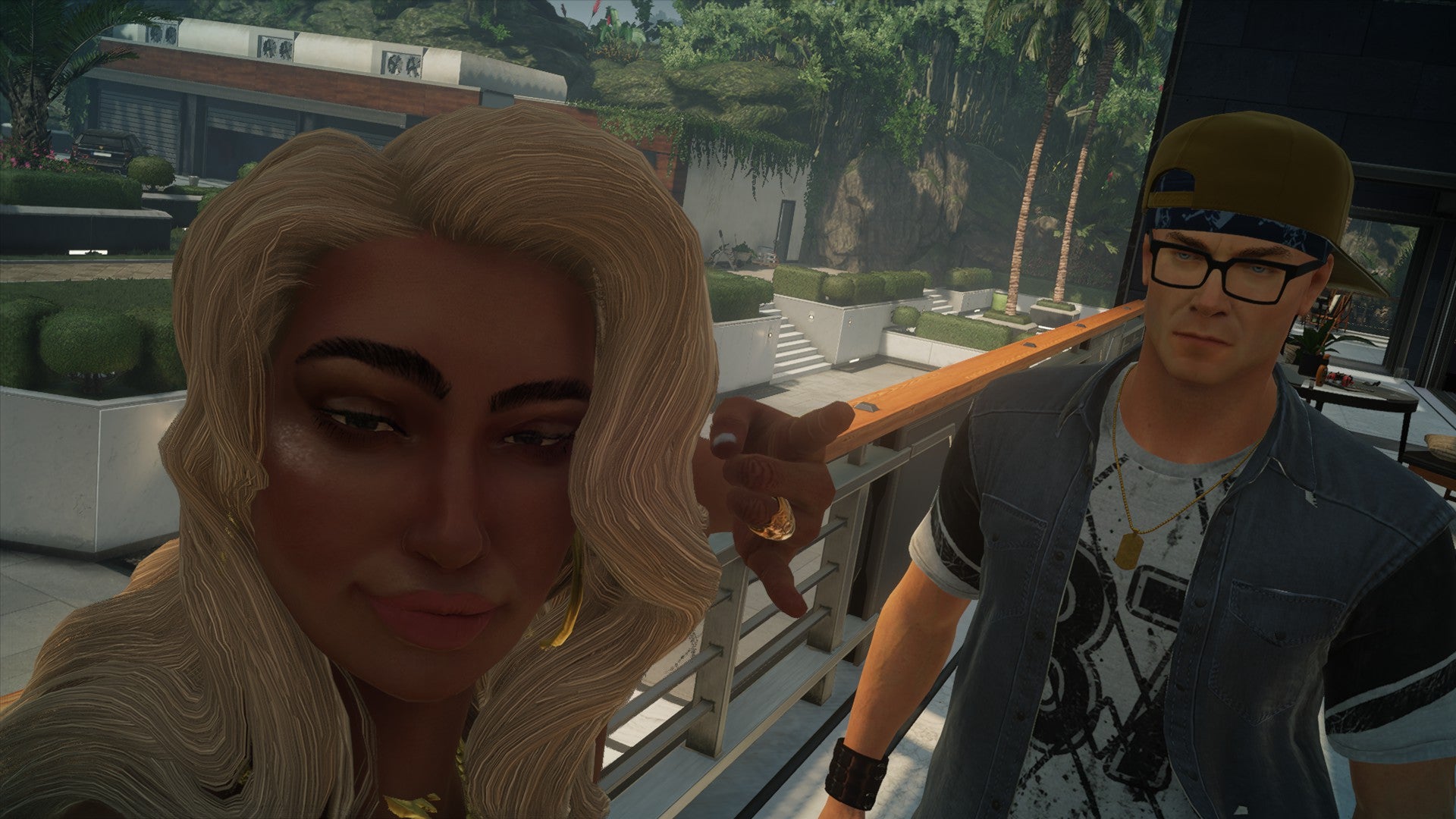 That approach can be a huge variety of things. In Miami, I sabotaged a racecar, murdered someone while wearing a mascot costume, tinkered with military robots, and simply hid in a corner and shot my target before anyone noticed. Disguises will often get you alone with targets and give you unique ways to take them out — tattoo gun, barber’s razor — and there are always electric sockets to loosen and gas canisters to explode. 47 has a range of weapons at his disposal as well, from sniper rifles to exploding rubber ducks.

Hitman 2’s levels feel more ambitious than 2016’s game. They’re bigger and contain more separate areas, which means they’re full of different kinds of people and more assassination opportunities.They’re not as swanky as Paris or Hokkaido; many levels take place in regular towns instead of rich parties or futuristic retreats. This can be hit or miss—infiltrating a cave network in Columbia or a gang hideout in Mumbai isn’t quite what I want from Hitman. But the size and scope of Hitman 2’s levels meant these more disappointing parts were just pieces of a larger level, quick to nip into and then move on from in search of areas I found more exciting.

Changes have been made to Hitman’s toolset that make these levels even more engaging. I most appreciated the new picture-in-picture feature, which shows you where a body’s been discovered or what’s been seen on a security camera. You can hide in foliage now, as well as blend into crowds (in 2016’s Hitman you could only bumble into them, not vanish). In Mumbai, where patrolling guards could see through any of my disguises, ducking into the crowds concealed me and allowed me to slip by them. Changes to combat and AI make getting into shootouts less one-sided; 47 still isn’t a fighter, but he’s hardier than he used to be, letting me recover from a mishap instead of starting over. The revamped minimap tracks whether you’re being looked for or if your disguise has been compromised, and includes new colours and symbols. It felt a little cluttered after 2016’s basic grays, but the status alerts helped me keep track of what exactly I’d done wrong. Developer IO Interactive has also added many of these features to a remastered version of the 2016 game, integrated into Hitman 2, and it gave me a one-up on those familiar levels that made me eager to replay them one more time.

There are new, bigger systems as well. While Hitman awarded points for stealth and completing objectives, Hitman 2’s new progression system rewards players for most actions they’ll perform during the course of a playthrough. You get XP for changing disguises, finding new areas, taking out cameras, and different types of kills. There’s a clear sense of progress, even if you feel like you’re bumbling through a level. As in the previous game, these points unlock new equipment, starting locations, and places to smuggle in gear. It’s odd to get points for knocking out two accidental bystanders with an expertly-thrown brick before they can see your target die, but it feels good. After all, it’s what Hitman’s all about.

In a reddit AMA about the game, Hitman 2’s designers explained their process: “When designing the game one of the questions in the process is ‘what could possibly go wrong here?’ and work from there.” It’s an intriguing question in Hitman’s world, where every potential disaster is an opportunity waiting to happen.

Agent 47’s life’s purpose is to be the wrench in the gears of daily life, to ruin people’s parties, homes, and workplaces. Hitman 2 feels best when you loosen necessary bolts and sabotage prized possessions because you were clever enough to spot their weaknesses, when you use people’s routines and passions against them because you were patient enough to learn them. The perfect Hitman assassination is a Rube Goldberg device of blood and mishaps that takes the rich and powerful down a peg, even if 47, with a limitless international agency behind him, isn’t so different from his targets.

This tension was most apparent to me in my favourite level, the suburban Whittleton Creek, Vermont. Its layout and mission name, “Another Life,” is a clear nod to “A New Life,” a mission from 2006’s Hitman game Blood Money. Whittleton Creek bustles with mundane activities like neighbours gossiping at a barbecue, a jogger doing laps, or a gardener arguing with the local sheriff. I laughed aloud when 47 appeared on its pleasant streets in his gleaming gloves and black suit. But beneath Whittleton Creek’s normalcy are secrets, conspiracies, and powerful enemies. Like 47 himself, these people may look regular, but they aren’t, and that’s all the justification he needs to bring their small community to its knees.

Whittleton Creek features the siloed-off, heavily-guarded areas I tend to dislike in Hitman, but by dressing up this design choice in rec rooms and sports memorabilia, Hitman 2 changed this straightforward stealth opportunity into a chance to briefly peek inside people’s lives before destroying them. What does it mean to engineer a tragedy in a relatable, human place like this? Why is punishing them for their secrets so compelling? Whittleton Creek is a masterful mashup of Hitman’s globetrotting and the regular people 47 so often brushes shoulders with.

Hitman 2 culminates in an absurdly plotted, wonderfully hard mission on a secret island that wildy lambastes the ultra-rich and their priorities. It took me the longest by far to get through, as I searched desperately for a clear line of sight, for an unoccupied room, for the person who had the one key I needed. 47 was the most and least interesting man in the room, and in the final level he’s surrounded by people who think they’re the best of the best but are ultimately fodder for his grand designs.

Hitman 2 also includes two multiplayer modes. Sniper Assassin integrates the gameplay of 2012’s Hitman: Sniper Challenge into Hitman 2 as a separate mode that sees up to two players taking out targets from long range. The 1-vs-1 Ghost Mode pits two players against each other in a race to assassinate targets in separate versions of the same level. At the time of this review I wasn’t able to spend time with them, but I’ll update when I do.

Hitman 2 takes what its predecessor did best and improves on it visually and mechanically. It’s a cerebral game, a sandbox that can be bloodless or chaotic depending on who’s pulling 47’s strings. From its plot to its locations, Hitman 2 is an investigation of both 47’s uniqueness and the way in which he’s just another face in the crowd. Playing with this conflict is what makes Hitman games so fun, and Hitman 2 gives you more space, tools, and rewards to explore this to its fullest. Character and plot pale in comparison to what it lets you do, and Hitman 2 offers a fascinating buffet of accidents to choose from.