How An Expired Bank Card Upended My Life

As Gizmodo's deputy editor I never expected to become the physical embodiment of 'old man yells at cloud' for anything tech related. And yet a few weeks ago I became my own worst nightmare.

My bank card expired, and a replacement didn't arrive for a month. Life became extremely difficult, extremely quickly. I subsequently found myself walking around mumbling about the evils of a cashless society. This is my story.

Lacking a functional bank card was deeply embarrassing for me - though it's important to note that I was left in a much better position than some might be thanks to my partner.

Even so, I became hyper aware of my inability to pay for things, particularly when auto-payments bounced. I didn't like the notion that people may think I couldn't - or wouldn't - pay for stuff. 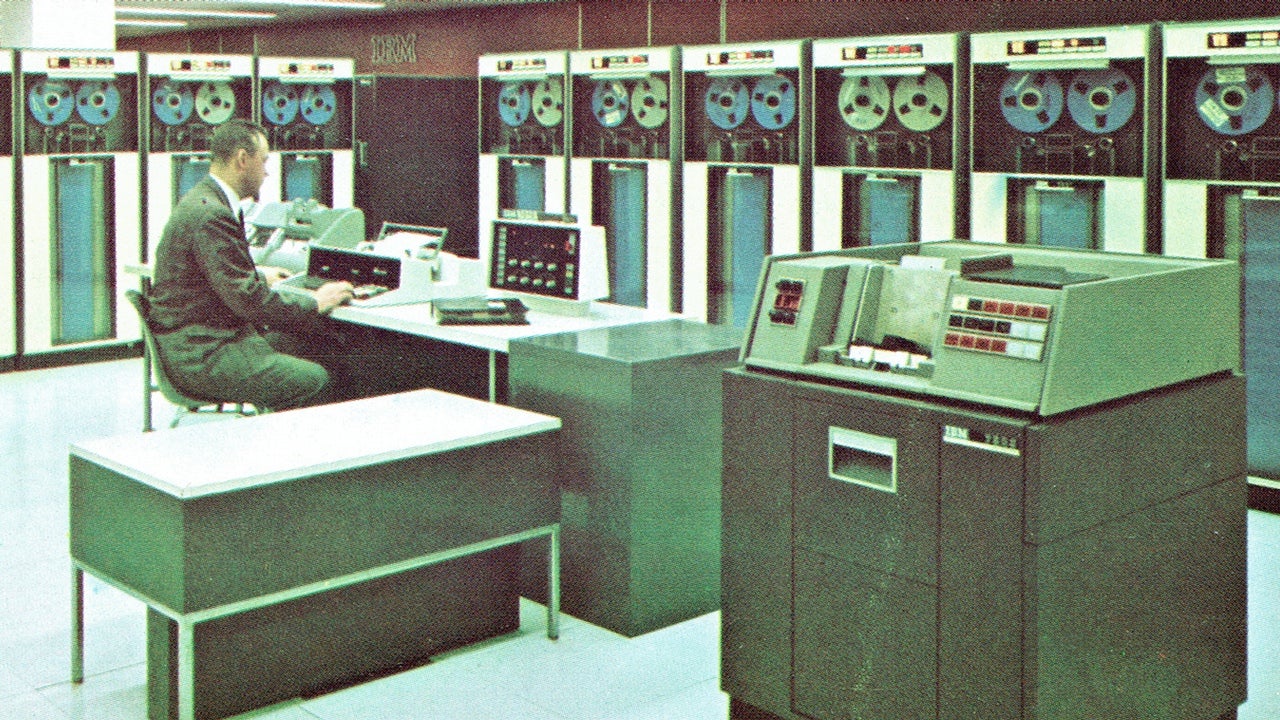 When it comes to high-tech surveillance, identity theft and financial crimes, humanity lives in a hell of its own making. Technology here in the second decade of the 21st century has created a world where our personal information is constantly getting exposed. And for what benefit? The "convenience" of being able to pay our bills online. But we can't say we weren't warned. People in 1966 saw where all of this automation was heading.

I found myself over explaining the situation to anyone I came into contact with during a payment situation.

They didn't care. But I did.

This mentality hearkened back to a time in my life when money was incredibly tight. Bills were paid late and I couldn't afford some basic amenities. And despite this being years ago, my old anxiety flared up again - especially when I had to use my partner's card to pay for some things.

I caught myself not only telling him exactly what I was paying for and how much it was, but shoving my phone in front of his face to prove that I was transferring money back into his account via my banking app immediately.

It was vitally important that he knew that I wasn't trying to scab off him. The money was there, it was just harder to access.

In retrospect, it's fascinating just how scared I am of ever being in such a volatile financial state again. In that respect, the entire situation has given me a positive chance to reflect.

But in every other way, living without a bank card was a garbage fire. Here are all the ways life became infinitely harder without that rectangle piece of plastic in my wallet.

Most of my bills are automatically deducted from my card, not my bank account. And while I know there are plenty of issues to be had with automatic payments, it's a choice I've made for the sake of convenience.

And that's usually fine - I don't have to think about them because I know they're taken care of. Bills are so far removed from my mind that I didn't even think about how they would be impacted until my phone and Netflix accounts were cut off on the same day.

Fortunately I was able to use my partner's card to take care of the phone, which wouldn't have been an issue if it hadn't been a Saturday morning ... and that it wasn't reconnected for two days.

If I spent that particular weekend gaming with the curtains closed I probably wouldn't have noticed much of a different. My home internet was still up and running. But I was forced to leave the house and be sociable, which meant venturing out into the world without 4G access.

While my friends probably appreciated my not staring at a screen constantly, I was extremely uncomfortable about the prospect of having no way to contact anyone if there was an emergency.

The lack of phone connection also presented another major problem when it came to cash. But we'll get to that.

Some may argue that telcos don't take that long to reconnect phones, even on a weekend. That wasn't the experience I had. Perhaps that was due to a simple mistake, an outlier. But I didn't get connectivity until after I called my telco two days later to investigate.

I Couldn't Buy Anything Online

There were admittedly pros as well as cons when it came to my ability to online shop. On the one hand, I didn't buy a bunch of crap I didn't really need, or order UberEats when I already had food in the fridge.

On the other hand, I rely on things like online grocery shopping because there isn't a convenient supermarket near my house, I don't always have access to a car and I'm a busy person.

Now there is a possible solution to this predicament, and that's PayPal. It allows you to attach a bank account to it rather than a card. Believe me, I tried to set that up, but it didn't work.

For verification purposes, PayPal will deposit a small sum of money into your bank account before you can set it up. The idea is that it's actually your account that you're trying to attach your PayPal to - which is completely fair.

But for whatever reason I just never received those verification amounts in my bank account - and I tried multiple times.

Honestly, I think I just had bad luck. If you find yourself without a debit or credit card, this option will most likely work for you.

Thanks to banking apps allowing for cardless cash, it became the one way I could actually access my money. But I also didn't want to be constantly hitting up the machines, so I would stock up on dollar dollar bills y'all at the start of the week.

So there I was, walking around with wads of not-so-fat-stacks like a dealer. Or my nan.

It felt weird when really, it's not. But I (and I'm sure many of you) had become so accustomed to using a card, phone or watch to pay for for everything, that I had forgotten what carrying around cash felt like.

Oh and while we're on the likes of Apple, Samsung and Google Pay - they weren't a solution to the predicament, either. All three methods require an active card to work. You can't just attach your bank account.

But while getting money out solved some of my problems, cardless cash has one significant flaw - it suffered at the hands of the automatic-payments shit storm.

Cardless cash has two-factor authentication - you get a code in the app as well as a pin that is texted to you. You need to enter both numbers into an ATM before it will give up the goods.

And while I usually appreciate and respect this method of security ... it is of no use when you can't receive a text because your phone is cut off. So for two days I had zero ability to access my money without walking into a bank.

Which I couldn't do because it was the weekend. And my local branches weren't even open on Saturday.

Going cardless was extremely stressful. It was also a reminder of how much I simply expect technology to work. It's a trite notion, but being inconvenienced for a whole month forced me to reflect upon those who proclaim that the over-reliance on technology will lead to the downfall of society.