Valve finally has a new game out. Can you believe it? A card game based on Dota 2, Artifact launched today on Steam. After having messed around with it for several hours, I can report that there is indeed a ton of stuff going on in Artifact, but that it’s also one of the more approachable card games I’ve played, at least when first starting out.

Although it draws obvious comparisons to Blizzard’s Hearthstone and Magic: The Gathering (whose creator is actually Artifact’s lead designer), it plays much more like a real-time strategy game translated into cards. That shouldn’t be surprising given Artifact is inspired by Dota 2, a MOBA that originally began life as a mod of Warcraft 3.

At the same time, it’s remarkable just how much Artifact feels like a card game in name only. Sure, you open card packs, construct decks, and then hope you draw a good starting hand once each match begins. But during the moment-to-moment play itself, every decision and potential trade-off is measured in terms of how it will affect positioning and relative troop strength on the battlefield. 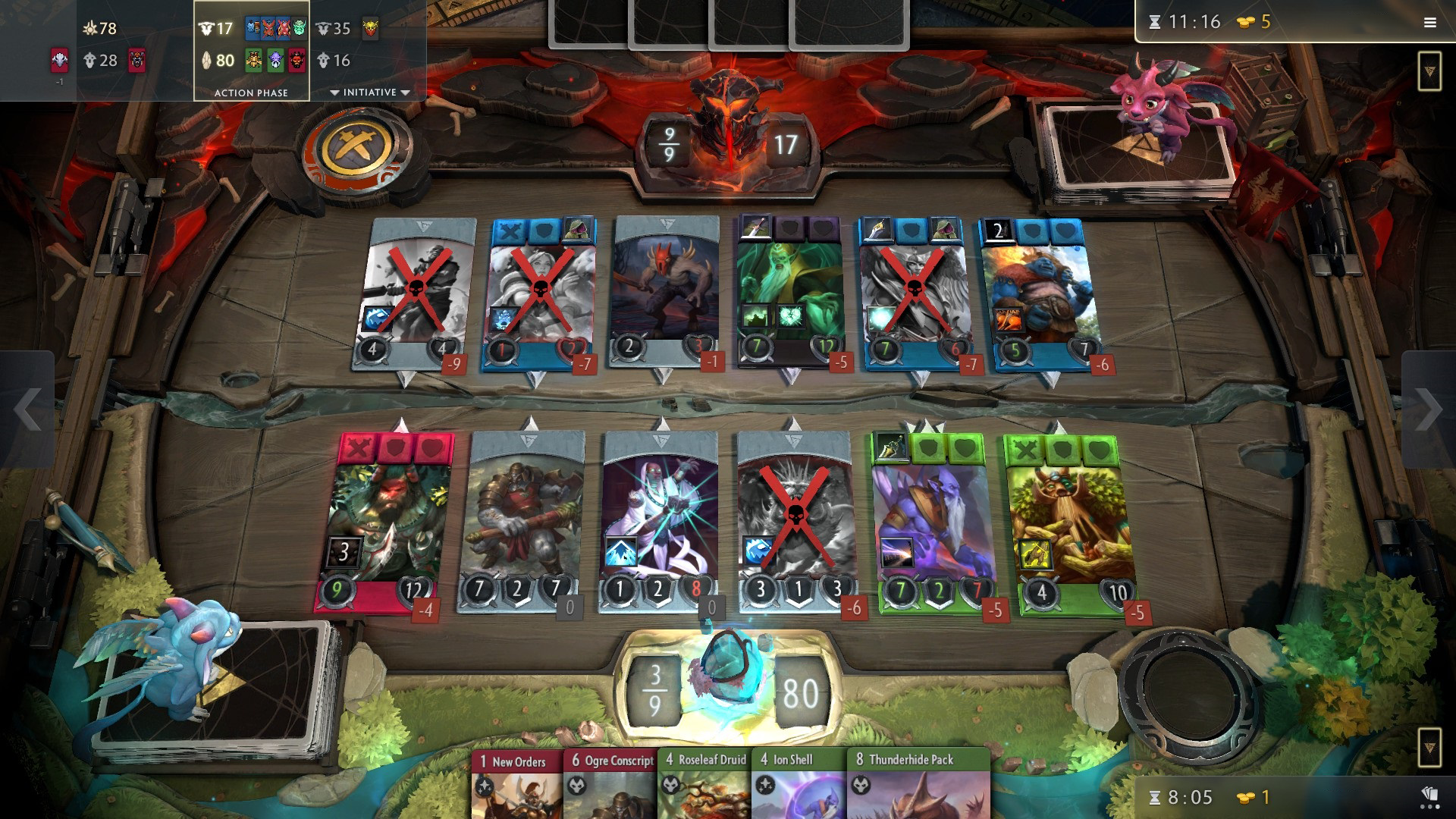 I swear the game’s not nearly as complicated as it looks. (Screenshot: Valve, Artifact)

Here’s how Artifact is played. Two players start with decks made up of at least 40 cards, but as many more as they want. Each one has five hero cards, which are colour coded as red, blue, green, or black. Each match takes place on a battlefield that’s divided into three lanes, with one turn involving action on all three, from left to right.

These individual lanes have a tower on either side with 40 health. Players’ heroes are placed across them, dealing damage against the tower each turn unless blocked as other creatures and spells are played. When a tower is destroyed, that player’s Ancient, which has 80 health, is revealed. One side wins by either destroying enemy towers on two separate boards, or the Ancient.

Probably not. And that’s with me skipping a lot of the important details, like the fact that towers produce mana, which is required to play a card in a given lane, and that at the end of each turn, the number of creatures you killed determines how much gold you get in order to buy item cards which get added to your hand and can be played for free. Artifact’s tutorial does an excellent job of explaining everything, guiding you through to separate, mostly pre-scripted, matches against bots without getting too deep into the weeds.

After finishing the tutorial and then going on to play a bunch more matches against human opponents with both pre-constructed and custom decks, here are some of my initial thoughts: 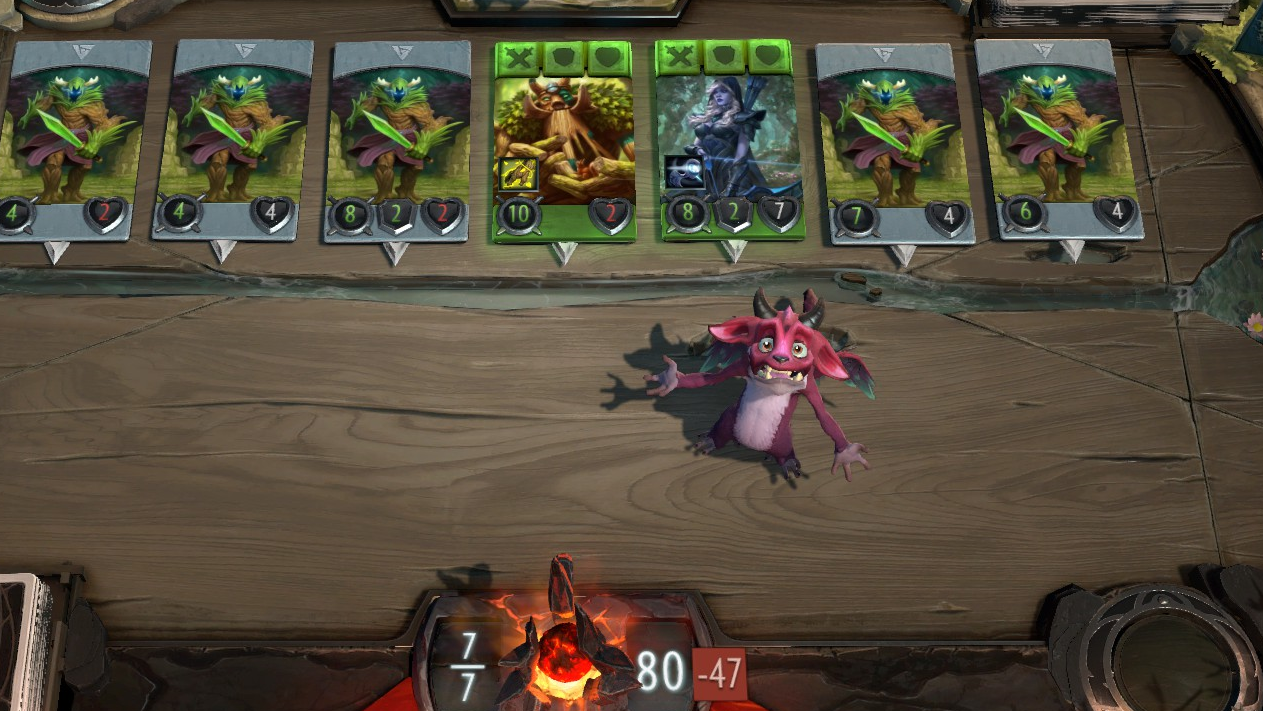