In This Week’s Best New Comics, If The Space Ghosts Don’t Kill You, The Talking Rabbits Will

As a great agent of vengeance once said (or at least felt, it’s difficult to remember), rabbits are the devil. Sure, they’re cute when they’re hopping about, munching on plant life, and blissfully luxuriating the way prey animals do. But make no mistake — they are dangerous. Also, kind of rude.

This week’s best new comics run the gamut in terms of their subject matter. Pick your poison: We’ve got a potentially demonic infection and ghosts from the dark depths of space. Really, though, it all comes back to the rabbits — who, again, are harbingers of the end times. Let’s discuss, shall we? 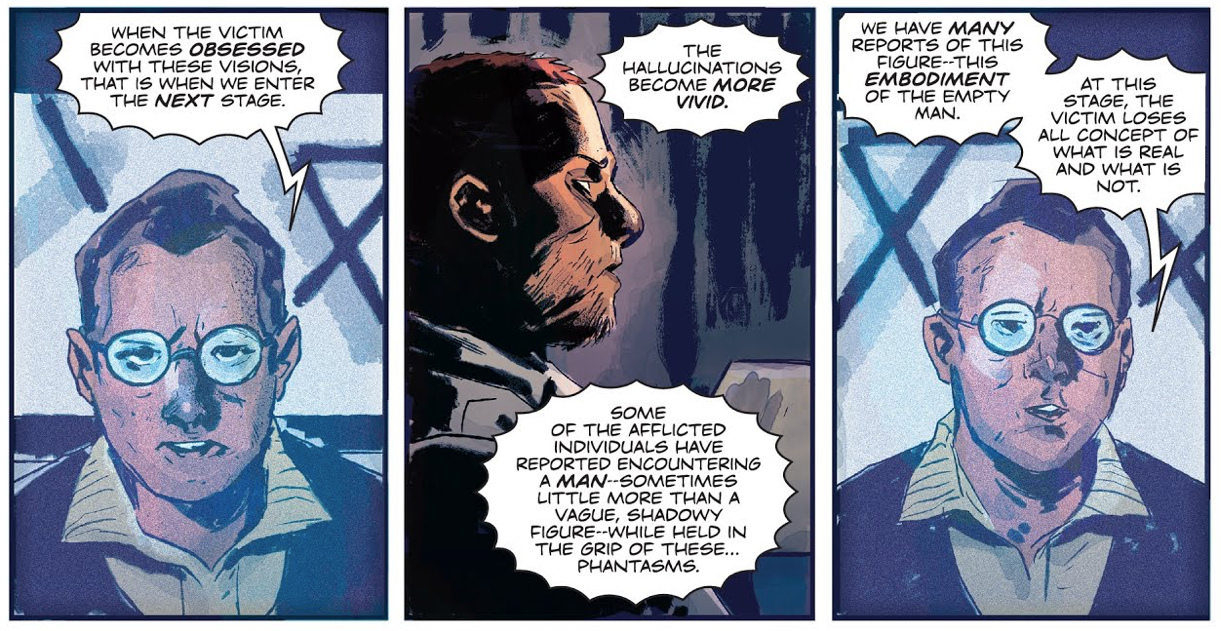 There is no stronger argument against the idea of ever having children than the new wave of young people who — seemingly indoctrinated by the dark, spookier corners of the internet — go on to commit heinous crimes on behalf of cryptids and horrific monsters drawn from Creepypasta’s digital urban legends.

Boom Studios’ The Empty Man takes the idea of viral, monstrous memes and turns them into what might be an actual infectious disease that leads to the utter collapse of society. For reasons that people can’t really explain, the Empty Man disease causes the infected to begin hallucinating visions of a shadowy figure, before they eventually start committing gruesome acts of violence, seemingly at the titular Empty Man’s behest.

What’s unsettling about this world is that the epidemic isn’t at all the kind of rumour or alleged idea that most urban myths actually are. It’s something that everyone is well aware of and struggling to cope with in their respective ways, including the government’s attempts at quarantining those confirmed to be afflicted by it.

What no one seems to understand, though, is the fact that whatever the Empty Man actually is, simple public health safety precautions aren’t going to be enough to stop it. (Cullen Bunn, Jesús Hervás, Niko Guardia, Boom Studios) 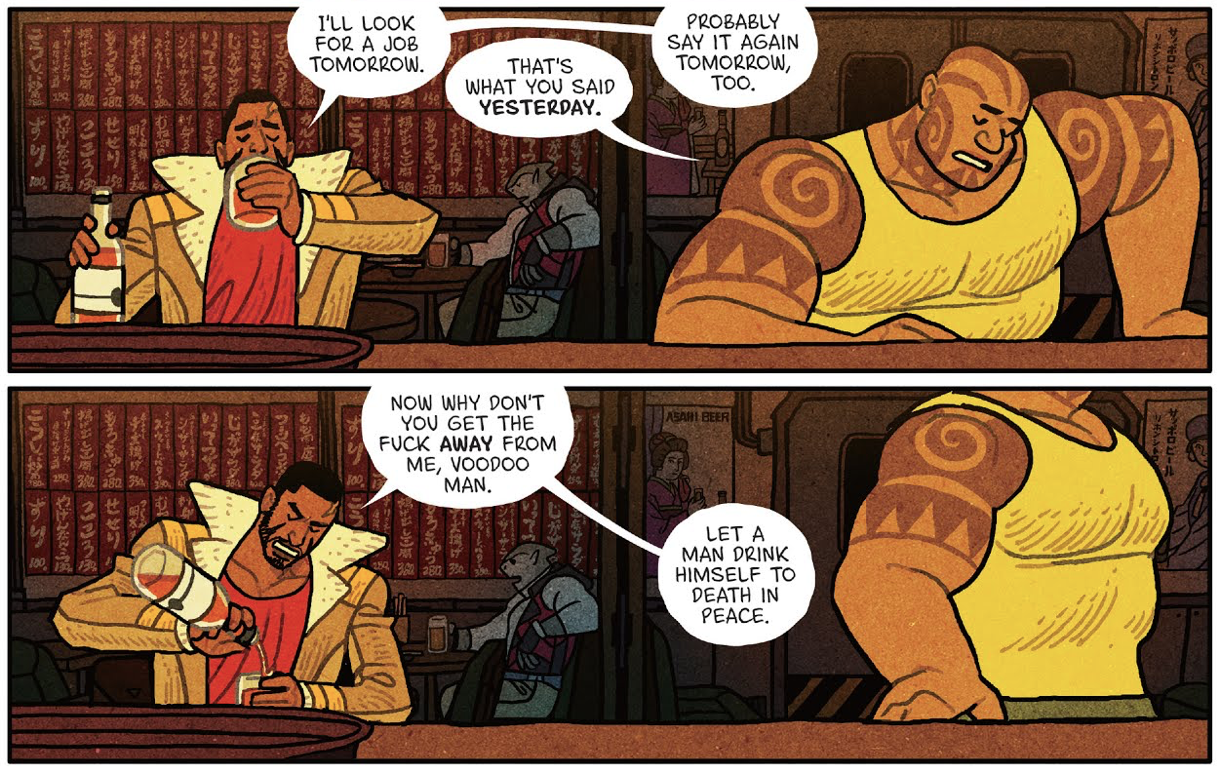 If Lando Calrissian had about half the charm and twice the drinking problem, he’d be a lot like Josh Rigg — beleaguered first officer of a deep space exploration vessel and hero of Image’s Outer Darkness, from writer John Layman and artist Afu Chan. Like any professional shipman, Rigg’s seen his fair share of weird things and alien life forms from all walks of life, but what really, really throws him for a loop when he becomes the captain of his own ship are the, well, space ghosts that he’s got to deal with. (John Layman, Afu Chan, Image Comics) 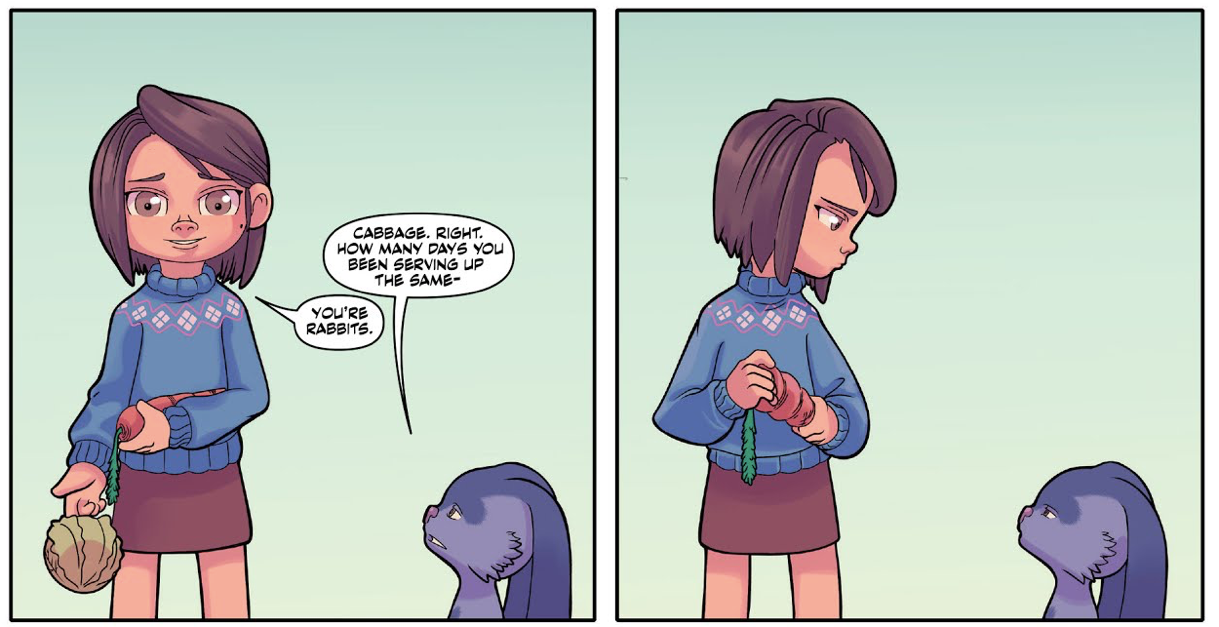 Even though people who keep rabbits as pets are not to be trusted, Julie, the heroine of Image’s new series Auntie Agatha’s Home for Wayward Rabbits, is an exception to the rule. That’s in part because the rabbits she hangs out with are capable of speech, complex thought, and an understanding that the world around them is a generally bad place.

The first issue of the series gives us an interesting glimpse of what Julie’s life at Auntie Agatha’s is like. On paper, tending to the rabbits is something that should go by fairly easily, but Julie’s duties also include dealing with inordinate amounts of backtalk and making sure that the house’s more… sensitive rabbits aren’t antagonised by their peers.

One would imagine that a house chock full of sarcastic rabbits would be a fluffy, chuckle-inducing dream, and it is — but only because Julie has enough experience with her aunt’s other “residents” to be able to deal with their guff. (Keith Giffen, Benjamin Roman, Bryan Valenza, Image Comics)