There are plenty of great Switch games you can play on the go – but some are much, much better suited for journeys in cramped spaces than others. If you’ve just grabbed a Switch recently, or you’re staring down the barrel of a long haul flight soon, here’s some recommendations that will help you pass the time the best. The best games while travelling are ones that are more relaxed and chilled. You still want to pay some measure of attention to what’s going on around you, and a super intense platformer or twitch shooter isn’t always great for that.

Thankfully, Stardew Valley fills the bill. The pixel art style works just fine on the Switch’s smaller screen, and the day-by-day progression of the game makes it a perfect fit for the Switch. You can binge it over a long-haul flight if you want, but it works just as well to knock out a day or two of farming on the trip home, or a short domestic flight. 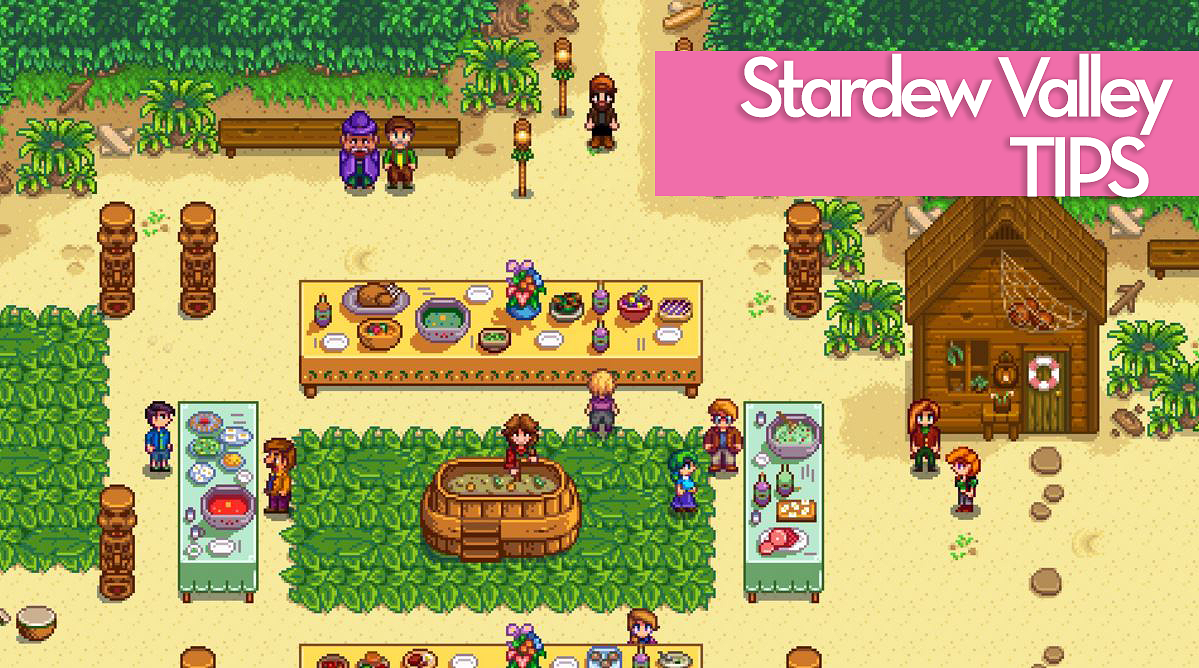 Living off the land ain't easy. There's a lot about Stardew Valley that the game doesn't really explain, which makes jumping in a bit daunting.

You can grab Stardew through the eShop for $16.99 right now. Games that give you time to think, to plan, are often perfect for the traveller. Travellers are often disrupted, bumped or knocked about, and so it’s always best to have games that can work around that.

So why not go with one of the best strategy games this year? Into The Breach is amazingly well designed, as you’d expect from the makers of FTL, giving players complete transparency over how a battle will play out.

It’s not a relaxing game as such, and it’s certainly not the easiest of games. But if you’re travelling longer distances, you might not want a short experience. You might want Pacific Rim with Final Fantasy Tactics. Like Into The Breach.

Into the Breach is available now from the eShop for $17.50. The closest we have in 2018 to a modern Mario Golf, one of the best Australian-made games in years, and incredibly funny in its own right. Golf Story isn’t about golf as much as it is using a golf course for shenanigans, transforming what most people find is a dreary sport into a wonderful title and one of the best ways to kill time, anywhere.

Technically, Golf Story is about golf. Not so much golf itself, but the people that play, and the silly things you do while golfing.

Golf Story is available now through the eShop for $22.50.

The World Ends With You: Final Remix One of the few touchscreen only games on the Switch, with plenty of days, battles and pins to equip to keep yourself busy. Being touchscreen only means you don’t have to worry too much about the arsehole in front of you who keeps trying to recline their seat while everyone’s having their in-flight dinner. It also means you pop the Switch on your lap and play while holding a coffee in your other hand, something most people go through on their daily commute.

Also, besides the fact that Neku is an unlikable emo brat for the majority of the game, The World Ends With You is really, really good. Grab it digitally through the eShop for $69.95, or through Amazon or Mighty Ape for $59.95. But what if you want to completely unwind? Games with chilled controls can be perfect, especially in cramped carriages. The Gardens Between is an Aussie puzzler that launched earlier this year, featuring a boy and a girl as they unpack their memories by winding time back and forth.

There’s only two buttons required: you wind time back and forward with either of the thumb sticks, with a single button press (A, ZR, ZL, whatever you prefer) handling any interactions.

The Gardens Between Is Pure Elegance

Sometimes, the best tricks are the simplest.

It’s an elegant, relaxing game that can be finished within a few hours. That makes it perfect if you don’t have a spare battery pack, but want to knock through something start to finish. It’s also great if you want to play a game that doesn’t ask a whole lot of the player. Some people want the opposite of intense, high adrenaline games like Celeste to relax, and The Gardens Between fits that bill well.

You can grab The Gardens Between through the Nintendo eShop for $29.99. 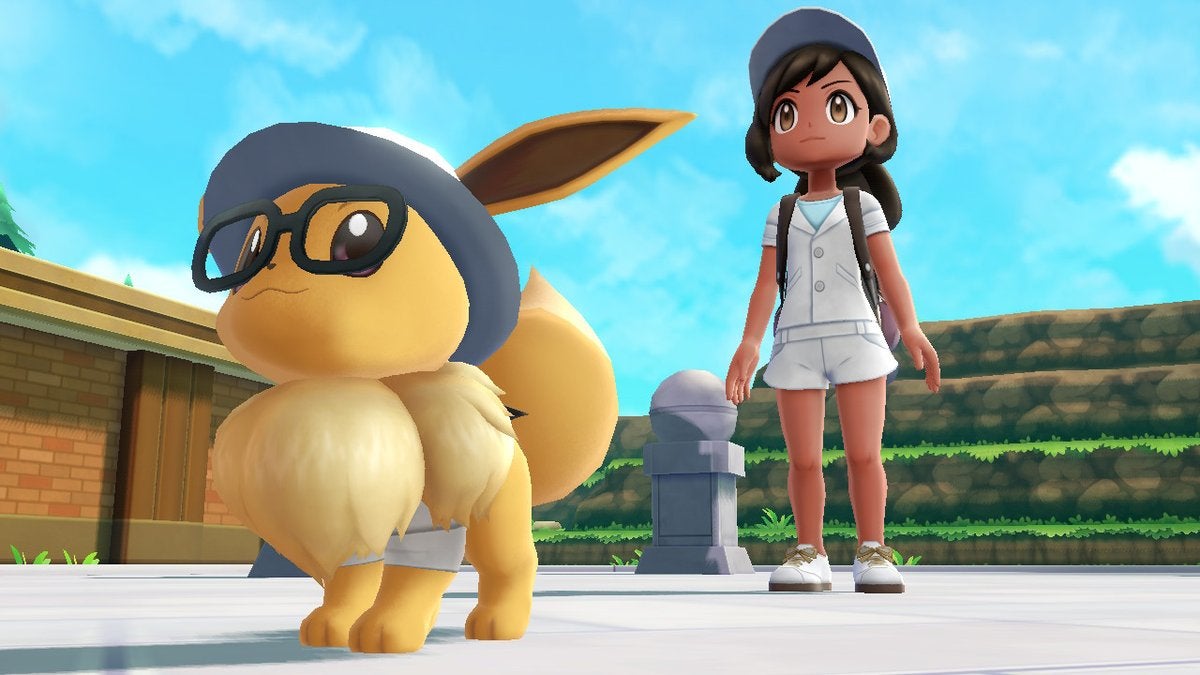 Not all games on the Switch are great for offline mode or environments with spotty internet connections. Sometimes you just want a game you can get real deep into, without wanting the hassle of dealing with having to authenticate online.

Diablo 3 is a good example of this. If you have an internet connection when you launch the game, you’ll be able to start a playthrough of a seasonal character without any trouble. If you put the console into sleep mode after that point, and resume playing when you don’t have internet, the game will let you carry on – but it’ll warn you that you won’t have access to online leaderboards or the progression.

And hey, that’s fine. As long as you get to play. But if you’re at the main menu, and no internet connection? No seasonal heroes for you at all.

So it’s nice to have an RPG where that isn’t a problem. And if that RPG happens to perfectly channel nostalgia while stripping out a lot of the horrific grind that was customary from the ’90s? Even better.

Pokémon Let's Go Helped Me Connect With My Son

You can grab Pokemon Let’s Go! Pikachu and Eevee from the eShop for $79.95. The Gamesmen have Pikachu and Eevee for $68, while Target Australia are selling it for $69, as are JB Hi-Fi, BIG W and EB Games (the latter through pricematching, of course). I wouldn’t recommend Zelda for short commutes under half an hour, and if you’re going on a long haul flight you’ll definitely want to invest in a power pack of some sort.

But what if you’re flying from, say, Melbourne to JFK? Sydney to Europe? Perth to London? You’ll have some time to kill, and if you’re stuck on an older plane, staring at the Switch screen for 10 hours instead of a broken, buggy in-flight touchscreen is a way better use of your time. So get yourself lost in Breath of the Wild, which is still one of the games of the generation.

How A Mathematician Used 'Fractal Curves' To 100% Zelda: Breath Of The Wild

After finding 98.59 per cent of everything Breath of the Wild had to offer, programmer and mathematician Axel Wagner was stumped. He had to find that last 1.41 per cent. Manually trying to identify the last few locations using an online map got him to 99.58 per cent, but turned out to be too error-prone, leaving Wagner with one option -- a Hilbert curve.

You can grab Breath of the Wild through the eShop digitally $62.95, or through Amazon for the same price. There are some cheaper pre-owned listings on eBay as well, if you want to go that route.

When you’re stuck in a tiny seat for hours on end, sometimes it’s good mentally to have a piece of entertainment constantly throw different mechanics, levels and visuals at you just to break up the action. It’s one of the things I love about Golf Story, but on a mechanical level Odyssey does this much better, and much more often.

Odyssey is available for $53.30 now through the eShop, which is the best price available at the time of writing. I mentioned before the utility of touchscreen games on the Switch. Civilization VI also supports touch screen controls, which is really the only way to play a game like this on the go. You will have to deal with the inevitable slowdown when you get towards late-game turns, and there’s no online multiplayer functionality.

But most people tend to play Civilization 6 alone anyway, and if you’re on a flight or in areas with dodgy internet, you won’t miss the multiplayer anyway. Beyond that: you’re getting the full base Civ experience, which is perfect if you just want to knock out a few turns on the way to work, or 10 hours of empire building on a transatlantic flight.

Civilization VI is available through the eShop now for $89.95, or physically through Amazon for $82.86.

What Switch games would you recommend for a long flight, train trip or on a cramped bus/train on the way to work?