PlayStation Classic is a faithful reproduction of the experience of playing original PlayStation games in the mid-1990s. In that respect, it succeeds. What it lacks is passion.

With Nintendo roundly rejecting the idea of a Nintendo 64 Classic in the foreseeable future, PlayStation Classic has the low-polygon nostalgia market, to whatever extent it exists, all sewn up for itself. A tiny version of Sony’s world-changing first gaming console, the Classic is a throwback to the era of 32 bits, CD-ROMs, and full motion video.

To be released December 3, it costs $149.95 and includes 20 games, which are a mix of true time-tested classics and, well, more questionable entries.

Much like Nintendo’s classic consoles, the hardware is a tiny perfect replica of the original box, the controller a full-size recreation of the precise feel of the original.

Hook it up, start up a game of Final Fantasy VII and you’re back in 1997 again. The emulation looks and sounds good, the two included controllers feel just right. (They’re based on the original, pre-analogue stick versions.)

The experience is technically accurate, but PlayStation Classic doesn’t feel like it was created by a company with a true and abiding passion for the games of this era, or even with the good sense to fake one. The interface is utilitarian and drab instead of fun and stylish.

The feature set is bare-bones, even though a few extra options and features would have added so much to the experience. And the game selection, while studded with gems here and there, is far from a solid overview of the best content on the platform. 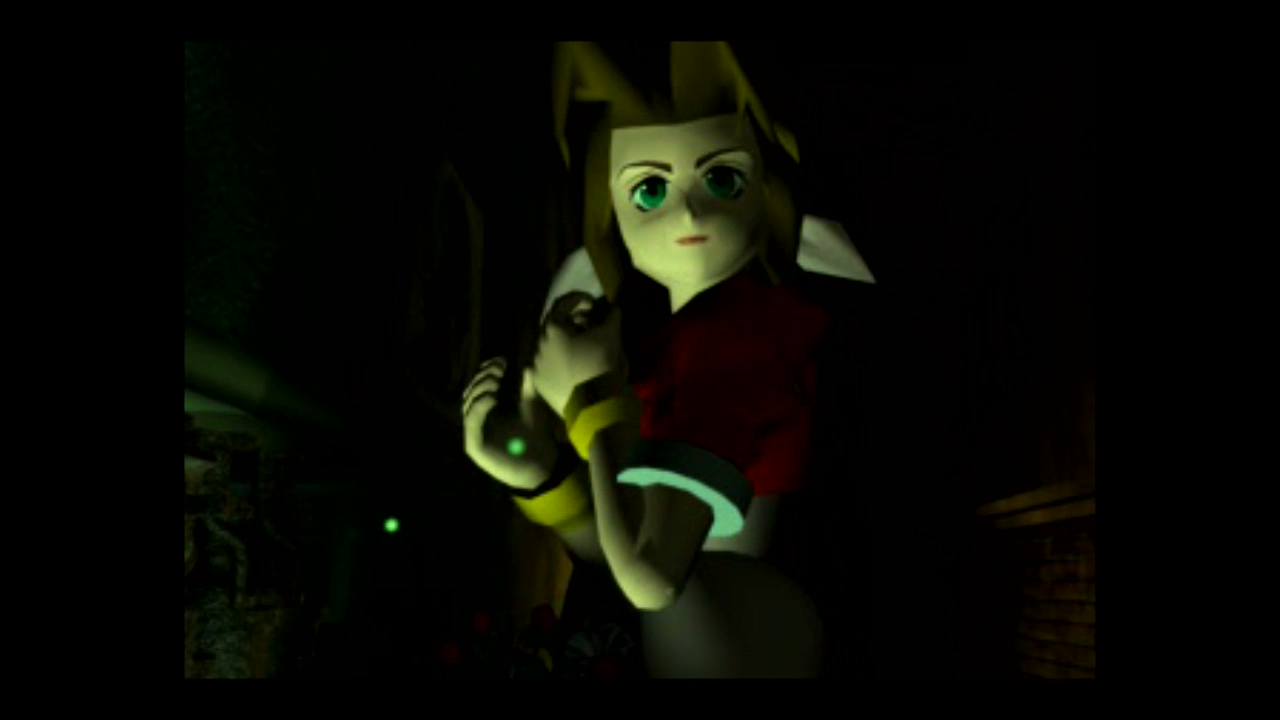 And that was the market that Sony pursued with PlayStation—the older teens, the college kids. The games had more violence, more sex, more drugs, more curse words. It was more common for the hot new game to get a “Teen” rating, or even “Mature.”

PlayStation Classic leans in to this, its game library filled with adult-oriented games and a big M rating on the box. The ESRB description of the device reads like a glowing review in a 1995 issue of Die Hard Game Fan magazine:

A few games depict impalements as well as decapitation/dismemberment, resulting in large blood stains on the ground and underneath bodies. The compilation also includes some sexual material: dialogue that states, “Bubby’s got a sticky love nest…” and “My brother knows I’m b*nging his wife…”; demons with phallic-shaped heads and/or vulva-shaped torsos. The words “sh*t” and “as*hole” appear in the game; one song contains the word “f**k.”

How much of that Mature content you’d like to experience with the PlayStation Classic is entirely up to you. I don’t think I’m going to play far enough into the original Grand Theft Auto to hear any dialogue about banging a love nest. I’m too busy working my way through Wild Arms again.

I think Wild Arms, an RPG by Sony, was actually the first PlayStation game I ever bought, but only because Final Fantasy VII wasn’t out yet. It’s a mishmash of 2D and 3D; the field graphics look like a Super Nintendo game while the battles are fully polygonal.

It’s got a killer Western-movie soundtrack, and its main theme is overlaid onto an anime introduction movie that blew me away when I first saw it. Feel the raw power of CD-ROM! 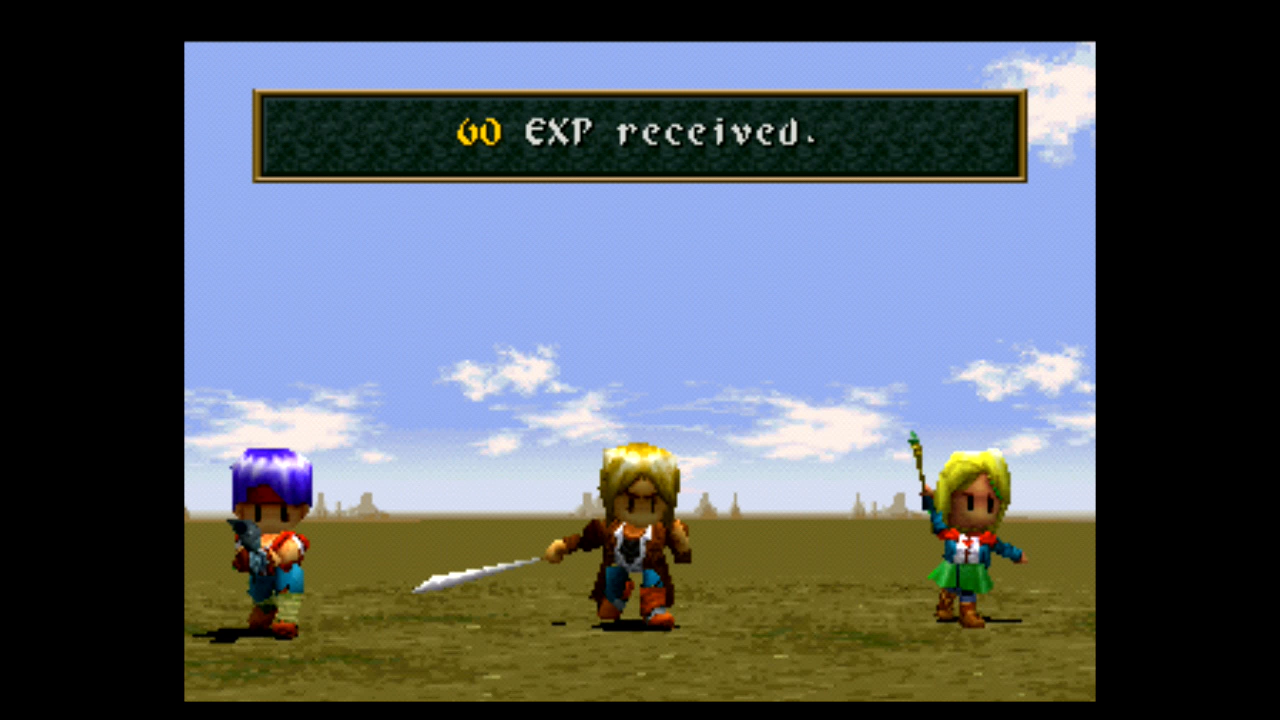 Ditto Revelations: Persona, which is certainly an interesting game but has lots of bad design decisions that made my couple hours of playtime feel like a chore. (It wasn’t until their third iterations that both of those series evolved into something closer to what we know and love today.) 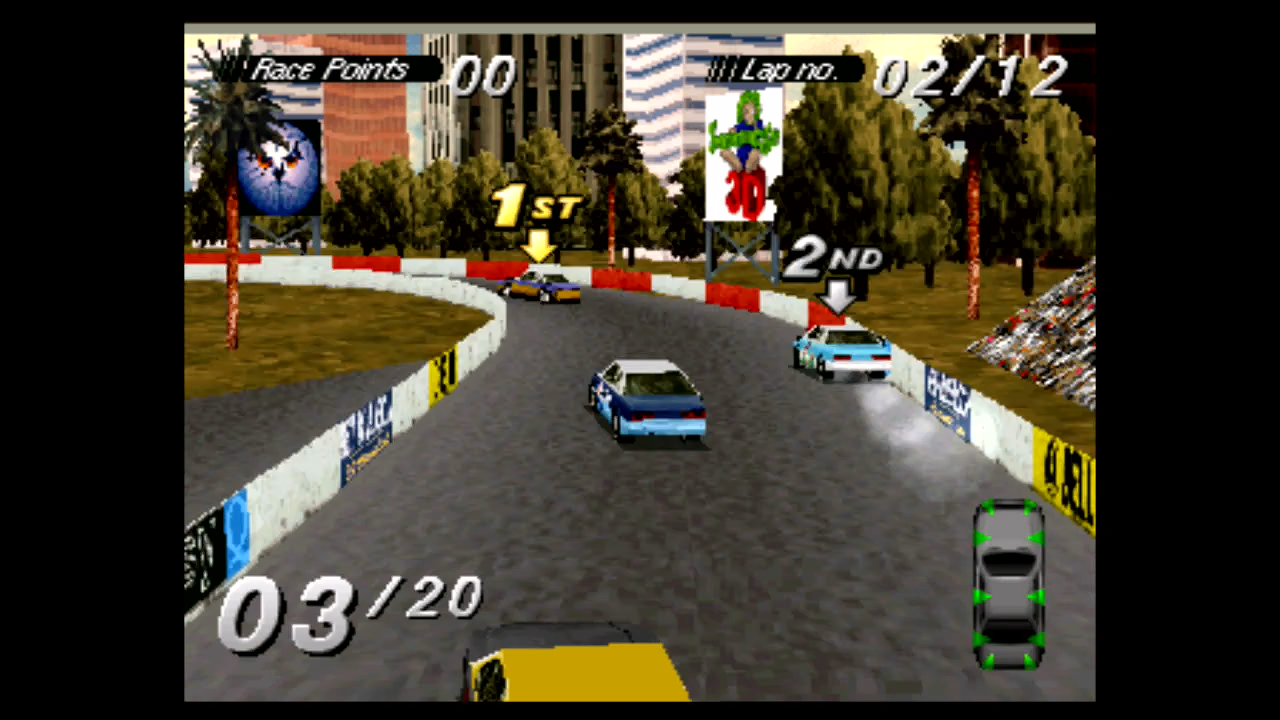 Japanese version, which also includes Gradius Gaiden and Arc the Lad among others.) 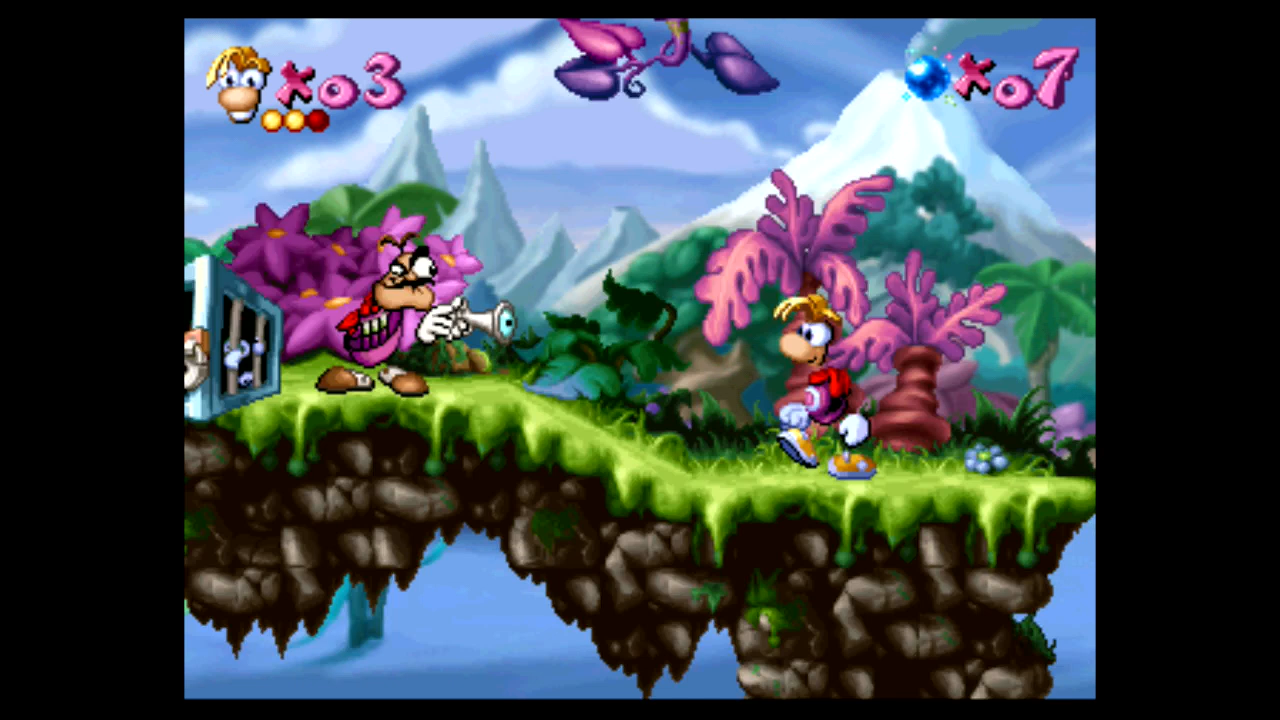 Comparing them to the original games running on a PlayStation 2 on my CRT television, the PlayStation Classic ones did seem to run more slowly.

Even with a library half-full of mediocrity, PlayStation Classic could have improved its image somewhat by adding features that enhance the basic experience. The NES Classic is not exactly what you would call a feature-rich product, but even then, it has a cool menu screen with an original theme song, a few basic display options like fake CRT scan lines, and four “save anywhere” slots per game that let you suspend and resume your gameplay anywhere. The SNES Classic upped the ante with a rewind feature and pretty borders that fill up the blank space around the 4:3 game image.

PlayStation Classic does almost none of this. The menu is drab and joyless. There are no display options, no borders. There is only one “save anywhere” slot per game, and the implementation isn’t great.

When you press the Reset button on the console to go back to the menu screen, it asks you if you want to overwrite your previous save with your new position in the game, and it’s easy to accidentally press “No” and lose your progress, especially if, say, you’ve been playing a game where O is select and X is cancel before you jump back into the menu where X is select and O is cancel.

You can, at least, access a virtual Memory Card for each game, where you can see your saved-game icons just like they appeared on the original PlayStation. This is the only little nod to the past that you’ll find on the PlayStation Classic, outside of the games themselves. 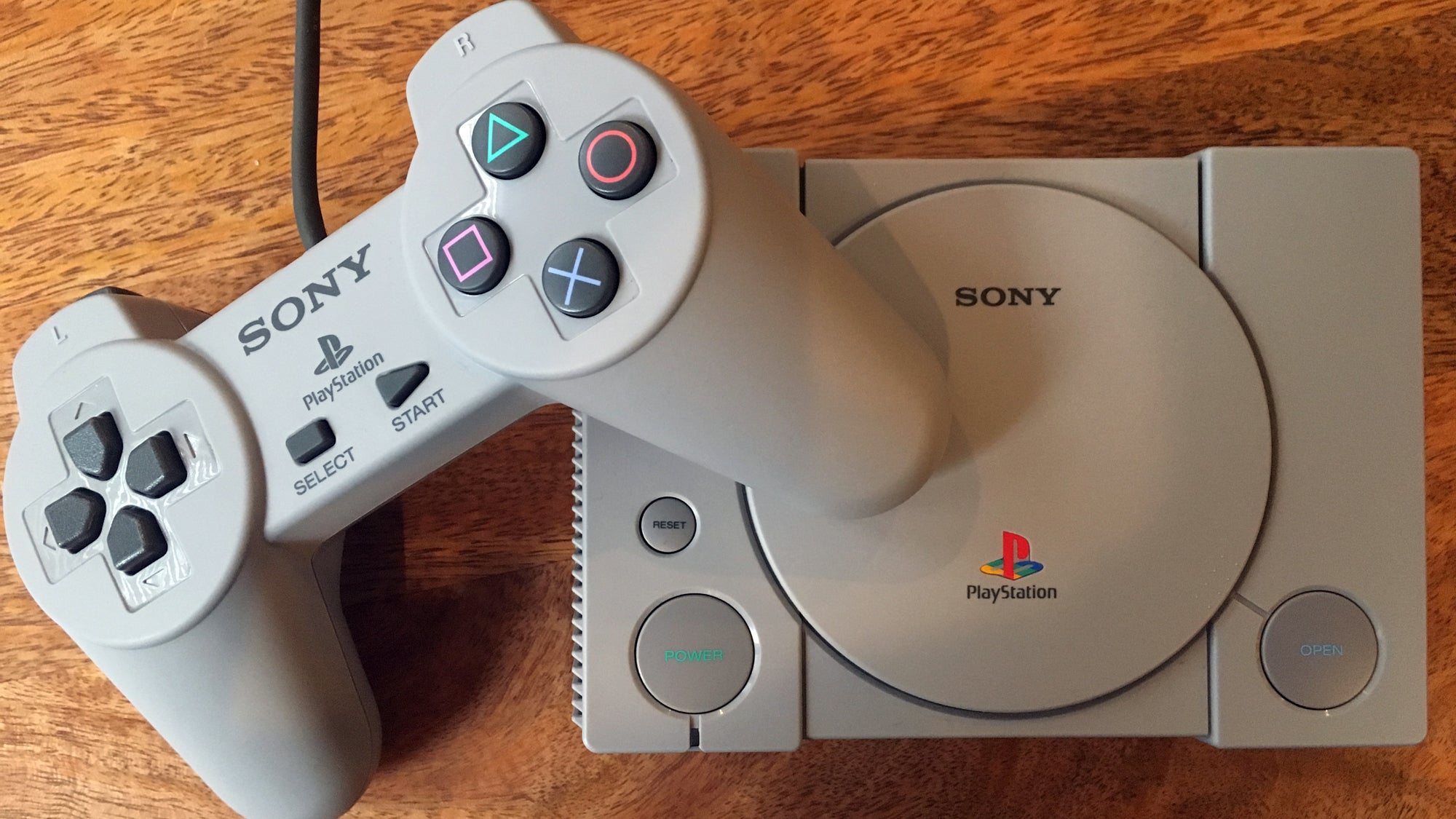 'You'll be Jumping to Flash this with more ROMs!'

Half the games are excellent, emulation is fine, hardware is adorable, controller feels just like 1995.

Half the games are meh, missing way too many platform-defining classics, barely any bonus features, some PAL games.

About 15 hours, eight of which were Wild Arms

Playing with the PlayStation Classic, it’s hard not to imagine a version of this machine that was done with more passion. Where the people in charge banged down Activision and Konami’s doors to let them get permission to put Crash or Symphony of the Night on this box.

Where someone made and won an argument that putting Parappa the Rapper on it wouldn’t negatively affect the sales of the PlayStation 4 remaster—or whatever the reason for skipping it. Where the interface gave players more options for how they wanted to play the games that made it onto the system.

Just last year, a PlayStation executive went on the record to ask why anyone would still want to play these “ancient” games. Clearly, Sony at large believes people would.

But instead of a PlayStation Classic that really celebrates the shared love for this bygone era of games, it’s a product that feels like it was delivered in the spirit of “Oh, you guys still like these old games? Well, here this is, we guess.”

The PlayStation’s games are still beautiful, but the wrapping around them is something like putting a Picasso into an cheap plastic frame.