When I’m in the mood to play a video game, I’ll grab my Switch, a PS4 controller, maybe my Xbox One controller or my 3DS or perhaps my phone. I’ve got lists of games I’m eager to start or continue on those devices. None of them require me to unwrap the cords of a special headset, attach it to my face, ensure any proprietary controllers are charged and block myself off from my co-workers, family or all of my virtual pals on social media.

That is why, even though I have fun with PlayStation VR when I try it once or twice a year, it remains my sixth choice for gaming. It’d come in seventh if I hadn’t had to shelve my gaming PC about a year ago to keep it from my baby twins and their fascination with its buttons, lights, ports and wires.

Yesterday, I was reminded of the PSVR’s sorry standing in my ranking of personal gaming priorities as I played another compelling VR game in the office. A $US5 ($7) amusement called Starbear: Taxi from the reliably entertaining studio Funktronic had me virtually sitting inside a bright blue future-scape filled with floating towns and flying cars as I was challenged to pilot a flying saucer taxi cab. I was charmed.

Earlier that day, I’d tried some Tetris Effect in VR and enjoyed how the game’s special effects wrapped around my peripheral vision.

Weeks prior, I briefly hopped into Astro Bot: Rescue Mission, another VR game from the quietly consistent Sony Japan Studio. I was dazzled by the ingenuity of its 3D platforming as it let me walk and jump a robot through some creative obstacle courses while challenging me to turn my head to find secrets in its levels (a process I enjoyed a shade more than my colleague, Chris Kohler, who was nonetheless pretty pleased with the game). 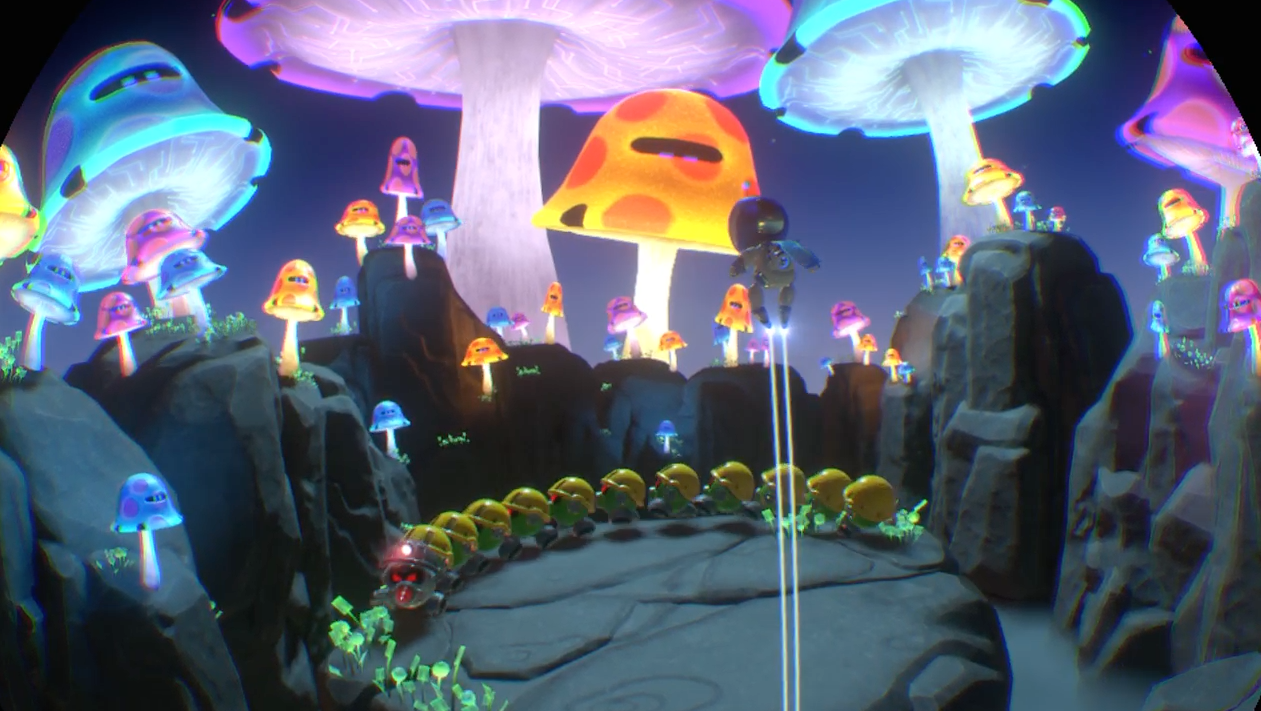 I never went back to Astrobot after having such a good first time with it. That isn’t a measure of that game’s quality any more than it is a judgement on Starbear: Taxi that I didn’t bundle up the PSVR gear in the office yesterday, take it home, and plug in the headset, the headset’s special box interfaced, and PlayStation Move controllers all into my home PS4 after my kids went to bed and my wife and I took the garbage out. Nope.

I was going to play games last night, but let’s be real: my PS4 had Red Dead Redemption 2 in suspend mode, and as soon as I turned on my PS4, I was seconds away from galloping through more of that game’s gorgeous, dangerous scenery.

If somehow Red Dead wasn’t available to me last night, maybe I’d have pulled Assassin’s Creed Odyssey on my PS4 or returned to advancing in Destiny 2. Or maybe I’d have pulled out my Switch to play more Starlink or Chasm or turned on my Xbox to finally start Forza Horizon 4 or charged up my 3DS for some WarioWare Gold or Samus Returns. On the way to work today, as I rode the subway, my choices were Switch, 3DS or phone gaming. No PSVR there, of course.

Yesterday, game designer David Jaffe tweeted that it’s “an entertainment CRIME that so many gamers still think of VR as a gimmick most of these folks simply haven’t experienced good VR.” He didn’t blame gamers but said that VR simply needs to be marketed better.

I agree, to an extent. It’s hard to impress anyone with VR until they’ve tried it, and even then, half the people that I hand my VR headset to report feelings of nausea before they’ve gotten five minutes into a game. VR is cool, but it’s currently a very hard sell to those who haven’t had much or any time to try it.

But as I played yet another pretty good VR game yesterday, I was reminded that another impediment for VR is that, as good as any games on it can be, the process of starting to play a game in VR is inherently more cumbersome and annoying than playing anything else. And when “anything else” can always consist of some brilliant games, it requires a rare mood to choose to play PSVR over the abundant other options available to many gamers.

The promise of VR — that it surrounds you with the game you’re playing, rather than just putting it in front of you — can theoretically outweigh its physical annoyances, but those discomforts are real and a daily obstacle to me playing more VR.

I don’t want to block myself off from being able to hear my kids crying at night, and I don’t enjoy playing video games with a mechanism strapped to my face. I don’t like the occasionally queasy feelings some VR games still give me, even as designers have gotten far better at designing less nauseating experiences.

If playing games in VR ever gets as simple as putting on a pair of sunglasses, I could see it ranking higher in my gaming preferences. For now, it remains sixth.

Then again… is that Star Child game ever going to come out? The one that seems kind of like a 2D Metroid in VR? That’s a mood I could get into with ease.