In my opinion, Henry Cavill is out here looking like a straight up snack in the first peek as him as The Witcher’s Geralt of Rivia. Other people on the internet do not agree.

Fans have been eager for a look at anything from Netflix’s upcoming The Witcher series since it was announced, especially given that they were already sceptical of Cavill’s casting, as well as the rest of the team behind it. They got a taste this morning, when Netflix released this screen test of Cavill in costume on their twitter account:

Get your first look at Henry Cavill in The Witcher! pic.twitter.com/1O2eWS1MkP

From where I stand, Cavill looks really hot as Geralt, and if I’m going to honest that’s priority number one. Other fans aren’t so sure, especially about that wig, which is pretty bad.

Kotaku’s managing editor and Witcher superfan Riley MacLeod told me that he thinks Cavill “looks like Christopher Lambert in Highlander with the concerned eyebrows and sad eyes, which isn’t the way I see Geralt, but which I’m obviously not complaining about.”

Staff writer Ethan Gach, who also loves The Witcher beyond all reason, told me that he looks like a “Zoolander villain.” Gizmodo staffers all freaked out over Cavill’s awful wig: 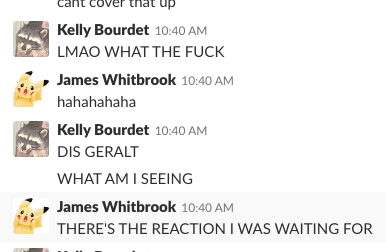 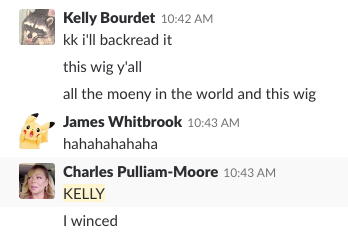 The wig is truly bad, but this is just a screen test. Hopefully between now and when the show airs they can figure out how to blend that hairline. Besides, Game Of Thrones’ first season clearly had about four dollars to spend on wigs, and that show turned out just fine. I do think Geralt needs a beard, though. Or at least some stubble.

While you’re waiting for more news on The Witcher TV show, take a gander at these jokes the internet has come up with.

I'm all here for Henry Cavil as Geralt tbh pic.twitter.com/3BuSxz7OMz

What your ordered vs what you got #TheWitcher #netflix pic.twitter.com/Lf70kPVeNW

"Oh, cool, Henry Cavill is doing Geralt for Halloween, didn't know he was a Witcher fan."
"He's in the Netflix version. That's the production costume and wig."
"Ohhhhhh noooooooo"

First look at Henry Cavill as Geralt of Rivia. pic.twitter.com/out3Am0Jph 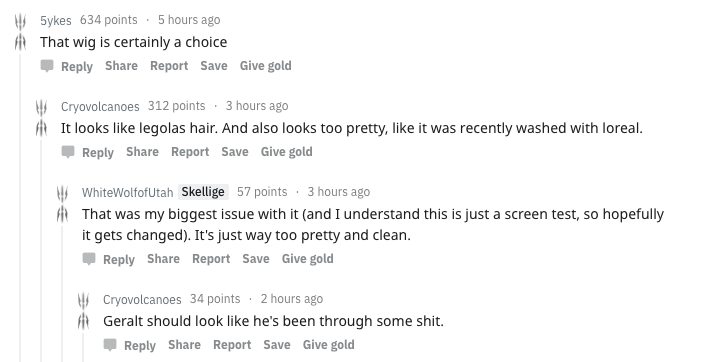