Earlier this year, Suntory announced that it was pulling Hakushu 12 and Hibiki 17 off the market. Now the Kirin Distillery is yanking one of the best Japanese whisky deals from shelves: Kirin Sanroku Cask Aged Spirit.

According to Sankei News, the decision was made to pull the blended whisky due to spirit shortages. Kirin doesn’t have enough of the stuff to ensure a stable blend and has to pull the blend.

Japan Is Running Out Of Whisky

Photo: Nathan Bullivant (Flickr)</p><p>Today, Suntory announced officially that sales of the Hakushu 12-year-old single malt and the Hibiki 17-year-old blend would stop for the time being. The reason? Some of Japan's most beloved whisky releases are vanishing.

Kirin Sanroku is distilled at the Kirin Gotemba Distillery at the base of Mount Fuji, which was one of the distilleries I enjoyed visiting while writing my book Japanese Whisky.

Asahi reports that sales increased 14 per cent year on year, and Gotemba is distilling at full capacity. Kirin Whisky is even looking investing in a new distillery to increase production.

Kirin might have planned better for an increase in production because a couple years ago, it retired one of its pot stills to be part of a new distillery tour exhibit. I’m sure it could now make better use of it to produce spirit than as an exhibit piece!

Bottled at 50 per cent alcohol by volume, Sanroku always been a good deal, giving consumer more whisky bang for their buck, er yen. 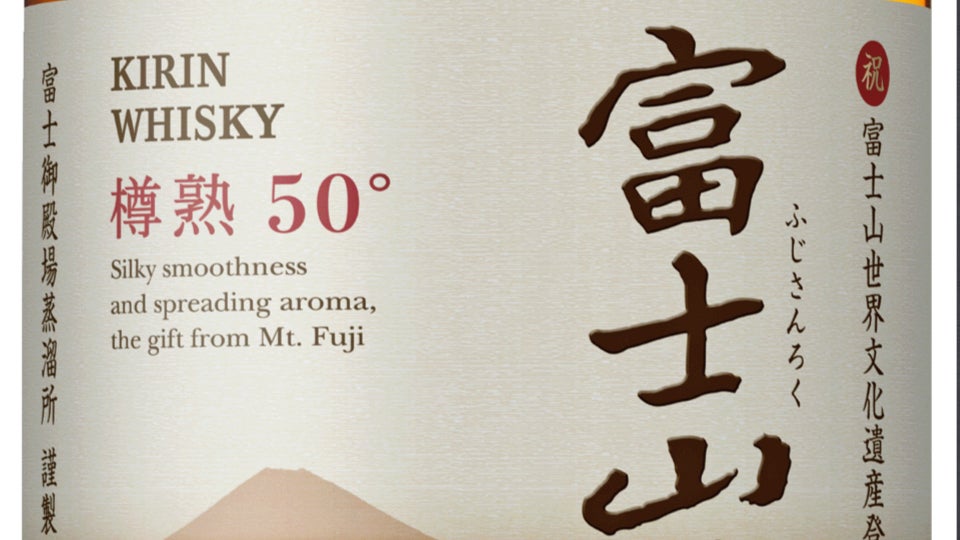 The blended whisky, which is made from grain and malt spirit distilled and bottled on site, used to be priced under a 1,000 yen ($12.04). However, a few years back, Kirin released a slightly more expensive non-chill filtered version, meaning that more of the original distillate characteristics should carry over to the final blend.

(The good news is that the more expensive Fuji Sanroku Signature Blend, which launched in Japan this past August, will still be available. It’s 5,400 yen ($65). Get it while you can, I guess.)

The kit that Kirin has at its Gotemba Distillery allow it to craft a spirit that is reminiscent of bourbon. One of my favourite things about Sanroku is how its bourbon-like qualities are wrapped in lush, soft Japanese whisky. This was often a blend I would recommend to people who wanted to pick up a bottle as a souvenir while in the country because it’s cheap and readily available at supermarkets.