The Paradox Of Online Games’ Group-Finders

One of the great online gaming paradoxes is the group-finder, a feature intended to bring people together that often does the opposite. It’s a mainstay in online games, a one-size-fits-all solution to the ever-present social gaming problem of “How do I meet people and progress?”

Functional, accessible and a little impersonal, the group-finder makes connecting with others so easy that, in effect, these connections are meaningless, and the people connecting, disposable. It’s possible that group-finders aren’t delivering on their promise long-term, at least in the games I’m playing.

The short, dramatic arc of Overwatch’s group-finder says it all. For years, to queue up for an Overwatch game, players of the team shooter had to toss themselves into the game’s chaotic matchmaker and pray for a Mercy main.

In June, Overwatch released its group-finder, which was, to me, a revelation.

Launched alongside a role-queueing system and an endorsement ranking system, the group-finder solved Overwatch’s dual problem of finding a.) a compositionally balanced group of b.) non-toxic players. No more bullying the fourth player who chose to be a damage-dealer into switching to healer.

And no more queuing up with widely-detested players who, through some loophole, had not yet been banned. The group-finder had something for everyone—not just high-minded competitive players. There were groups for throwing games and intentionally losing.

There were so-called “girls’ only” groups. There were groups for “chillin,” “hangin,” you name it.

Some time around September, there was a tonal shift. Playing the game near-daily, and making good use of the group-finder, I noticed that players had begun getting a little too picky about their teammates.

In competitive play, the group-finder had reached Mean Girls levels of “You can’t sit with us!” as group-owners scoured potential teammates’ profiles for less-than-ideal scoped accuracy rates or how many hours they have on each hero.

I once had a group-owner boot ten players in a row after deeming one after the other unworthy of her competitive matches. Of course, even the best-constructed groups would lose on occasion.

When that happened – no matter the time spent engineering a superteam of good numbers-earners—it was very, very likely the group would quietly disband. There was no loyalty. Just winning or getting the hell out of dodge.

Now, the group-finder’s index is an empty well. Logging on over the last few weeks, I’ve noticed that it’s barren. There might be a group or two looking to chat with some friendlies for few Quick Play matches. But I deem the thing dead. The group-finder was meant to connect teammates who were good at their intended roles and not toxic.

It turns out that – surprise – even people who up queue to play a damage-dealer might suck at it. It also turns out that having a teammate who really sucks can make anyone a little toxic. Now, all the Overwatch players I talk to either play with their friends or have returned to the altar of Overwatch’s chaos hell matchmaker.

I’d been let down by group-finders before. The one in the massively multiplayer online role-playing (MMORPG) game Final Fantasy XIV had similar problems.

Everything about FFXIV was designed to be seamless, including its duty-finder, essentially a group-finding system. Players just queue up to complete a dungeon or a trial; the game makes sure the groups the duty-finder churns out are balanced by player class. Once the party is set, players can just hit a button and teleport to the location of their duty.

Nobody has to communicate at all. Without anything to talk about, coordinate or even complain about, it’s easy to complete an entire dungeon without anybody saying anything more than “hey” and, at the end, “thx.” 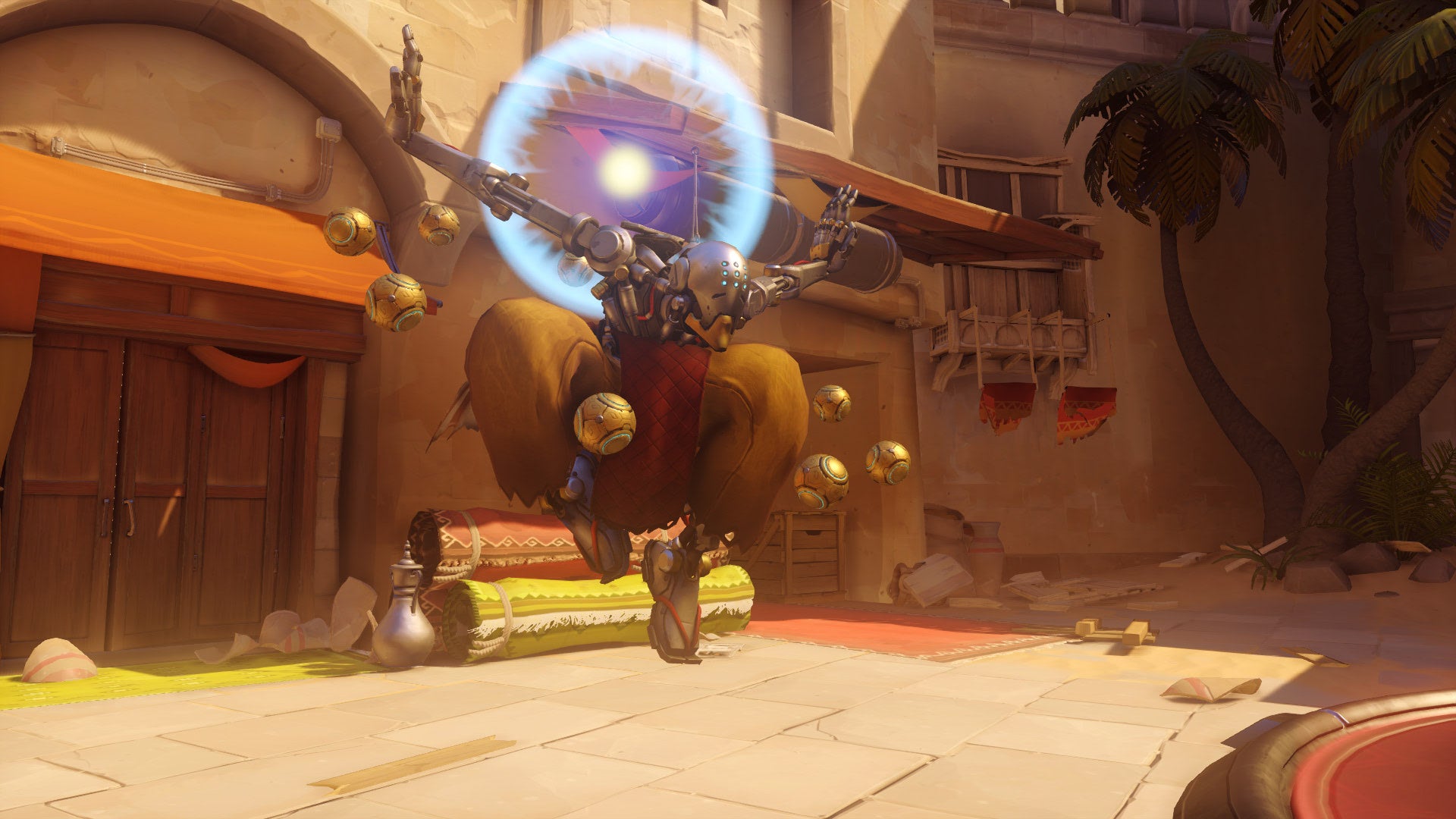 Yes, it’s undeniable that if you’re looking for a party for a Final Fantasy XIV dungeon, the game’s duty-finder will seamlessly toss you into a well-organised contingent. It definitely finds groups. Yet every time I’ve used it, it’s felt nothing but impersonal. The feature was a reaction to FFXIV’s predecessor, Final Fantasy XI, another MMORPG, and one that I had whiled away my teenage years playing.

At its peak, FFXI fostered some of the tightest communities I’ve witnessed in an online game. It also had the most frustratingly analogue group-finding system: Advertising.

On any given day, the streets of big cities like Jeuno and Aht Urhgan rang with /shouts from players: “LOOKING FOR WHITE MAGE LVL 42-45,” “NEED TANK FOR BLM AF WEAPON XARCABARD.” In /whispers, players would message strangers they’d found in an index to ask whether they’re free to do some levelling in some far-flung zone.

If they happened to agree to the pitch, that stranger might take 20 minutes, sometimes 30, to travel there.

Everything was an ordeal. It was also social glue. At the very least, there was small talk: “Where are you coming from? What were you doing there?” Other times, I’d have to go fetch people and personally escort them somewhere, which would be a horrible chore unless we sparked up some conversation. FFXI’s marvellously inefficient group-finding system forced players to connect.

Kotaku’s MMORPG expert, Mike Fahey, had the same experience when World of Warcraft got its group-finder. When I told him about my experiences with Overwatch, FFXIV and FFXI, and asked him how the group-finder impacted his social gaming experience, he sent me this:

“It’s essentially the same thing in World of Warcraft. It used to be you found a group in chat, formed a party and took on a dungeon. Communication was involved. Bonds would form.”

“World of Warcraft’s group finder killed that dynamic. Now players enter a queue and is automatically put in a party with strangers they’ll likely never see again once the run is done. It’s one of the reasons I am looking forward to WoW Classic – no group finder.”

Overwatch’s group-finder solved the problems it intended to solve, but in the process, created a new one that has plagued group-finders in so many games: making teammates disposable. When I happened to encounter some reasonable, talented and communicative Overwatch player randomly through the matchmaker, there was a certain desperation – a need, really – to latch on. We’d bond over both not being toxic (for the most part) and how toxic everyone else was. Or we’d bond over how bad all the damage-dealing players are in the Gold rank.

Playing lots of games together – and cutting down on that X-factor of random arsehole teammates – we’d get to know each other, maybe join each other’s Discord group. Sometimes, these people became my friends. Sure, I’ve added some players I met through Overwatch’s group-finder. Yet we didn’t play together all that much, or really get to know each other. Meeting them wasn’t a happy chance occurrence; it was the result of some duplicatable calculation. The group-finder had become a place for matching numbers with numbers, not people with people.

Players want all sorts of things out of online games. A lot of them just want to get better, earn more skill points, and progress in some way. Other times, they want to connect with strangers through games and, maybe, make a couple new friends.

It’s not a “one or the other” thing. I’ve had better gains in competitive modes with friends whose playstyles I’m accustomed to. I’ve built stronger social connections by fine-tuning gameplay strategies. These things go hand in hand. Sometimes, though, the balance is off.

Online gamers who only view the players they connect with as stepping stones for their own progress risk shooting themselves in the foot when it comes to progress and forgoing some good conversation. Design decisions help cultivate that mercenary mindset in players.

Group-finders at first seem like a way to foster more collaborative play. But on the other end of the calculation, there isn’t really a whole person—just a character class, a level, or a scoped accuracy percentage. I’m waiting for a group-finder that does better.