Despite the fact that Firefly barely lasted a season on television over a decade and a half ago, there seemingly ain’t no power in the ‘verse that can stop it. From Serenity, to books, to yes, other comics, there’s been many attempts to continue where the show left off.

Boom’s new comic wants to do that too, but it also wants to explore the wider world Firefly didn’t get a chance to.

Kicking off today, the new Firefly comic series—written by Greg Pak, with art by Dan McDaid — is set between the conclusion of the TV series and the film, Serenity, offering a chance to explore the continuing adventures of Mal and his motley crew as if the show had indeed never ended.

But beyond offering diehard Browncoats the comfort of a world where Firefly never got canned, the series wants to use its latest second chance to not just keep the stories coming, but also expand on the worldbuilding seeds left sown, but unnurtured, by the show’s untimely end. To learn more about how Firefly wants to delve into the wider ‘verse, we recently spoke to Pak, McDaid, and series editor Jeanine Schaefer to learn more. 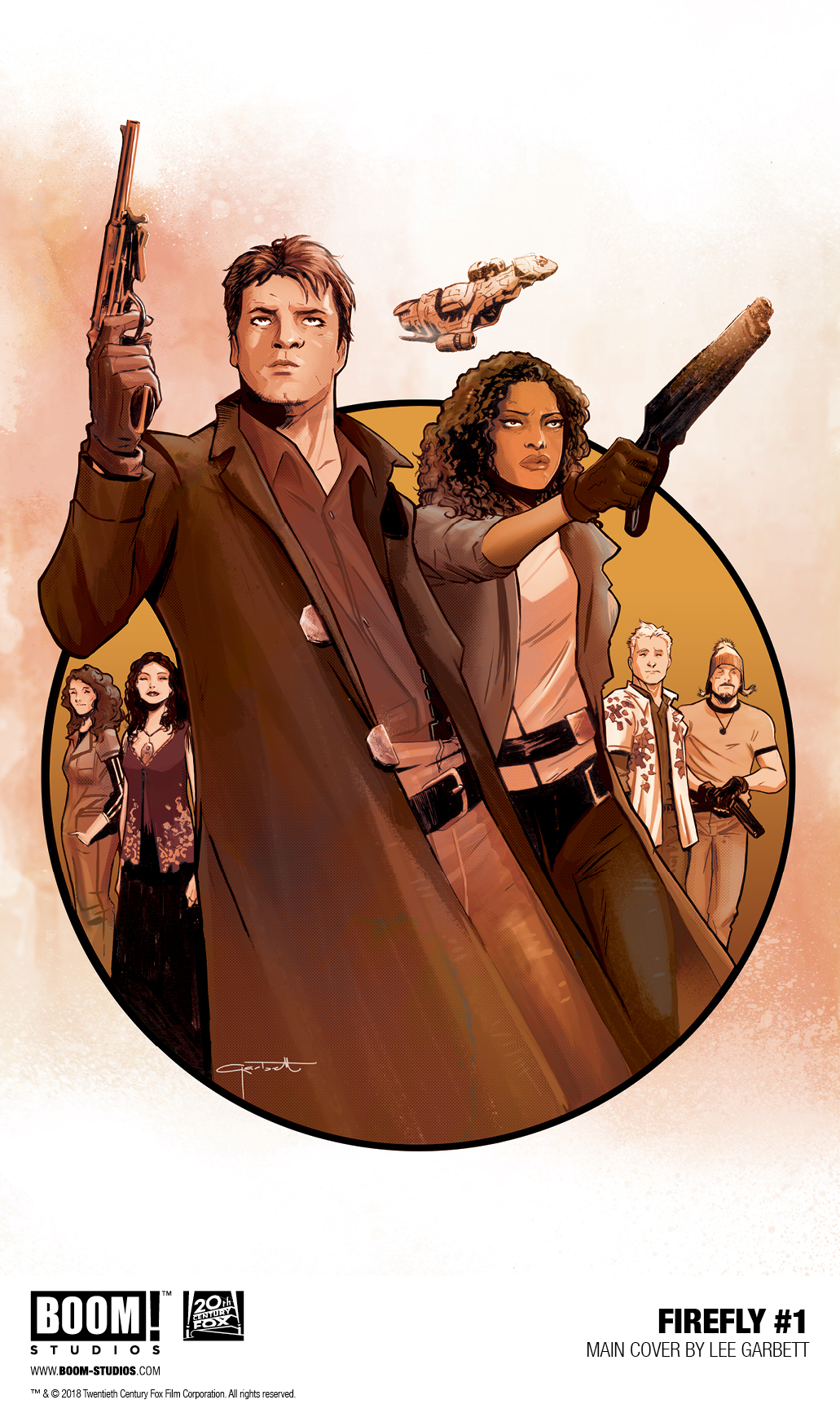 Kotaku: Tell us a little bit about your personal history withFirefly as a franchise, and how that informed you coming onboard this project.

Greg Pak: I had actually never seen the TV show before. Jeanine [Schaefer], the editor, called me up and was like, “Greg, I need you to write this book”, and I was like, “What do you mean, I haven’t actually seen the show…”, “Well, watch it!” So, I watched it and I loved it. You know, and I just got totally sucked in. I’d seen the movie. I’d really enjoyed that. But then going back and watching the show — she literally told me, “just watch the pilot,” so of course I watched the pilot, but then I had to watch all the rest of it, you know?

Over the course of a couple of days. And I just got totally pulled in by the worldbuilding — I grew up in Texas and I was a sci-fi nerd, so the whole sci-fi Western thing just totally grabbed me. But mostly, of course, it was the characters. This amazing group of characters, and it’s this tremendous mix of humour and drama, and I just loved it. So, I got hooked.

Dan McDaid: My answer is basically Greg’s! I’m sorry, I wish it wasn’t true. I think I’d seen about five episodes, in the early noughties on Syfy, and said “Oh, that looks good,” but never any more than that. Never came back to watch it for whatever reason. And then I saw Serenity, and it must have been — I think was 2005 or 2006 when it came out? [editor’s note: 2005!] — and the movie’s really good. I think, necessarily, I would see what was going on entirely, and I would think, “this is cool,” “she’s a little edgy-and cool,” and “that guy’s got a cool jacket”—this is fun, it’s a fun thing to watch.

And then I hadn’t really thought about Firefly for about 12 years, until Boom reached out to me and said, “Do you want Firefly?” But as soon as they asked me I knew immediately I wanted to do it. Because it’s so visually cool, you can’t help but immediately go “yes, that’s the stuff. That’s what I want.” And then I got caught up and watched all the episodes. And at the end I found myself gutted that that was it. It was ridiculous. So, we’re it. That’s it? We’re it.

Jeanine Schaefer: So, I am a huge Firefly fan. I watched it every week as it was coming out, we’d have block parties at a friend’s apartment of mine…I loved it. We would tape it and then watch it again, then talk about it after as the comics were coming out. So when I got the call from Boom, saying, “Hey, we have this opportunity, would you be interested?”

I like, blacked out and woke up at my desk, because I could not say no to it. It was the perfect opportunity — it has everything that I love, the story, and having something I love so much be cut short, the opportunity to add to it was like, a dream come true. It’s surreal to be working on characters that I love so much and have such a connection to me for so long. 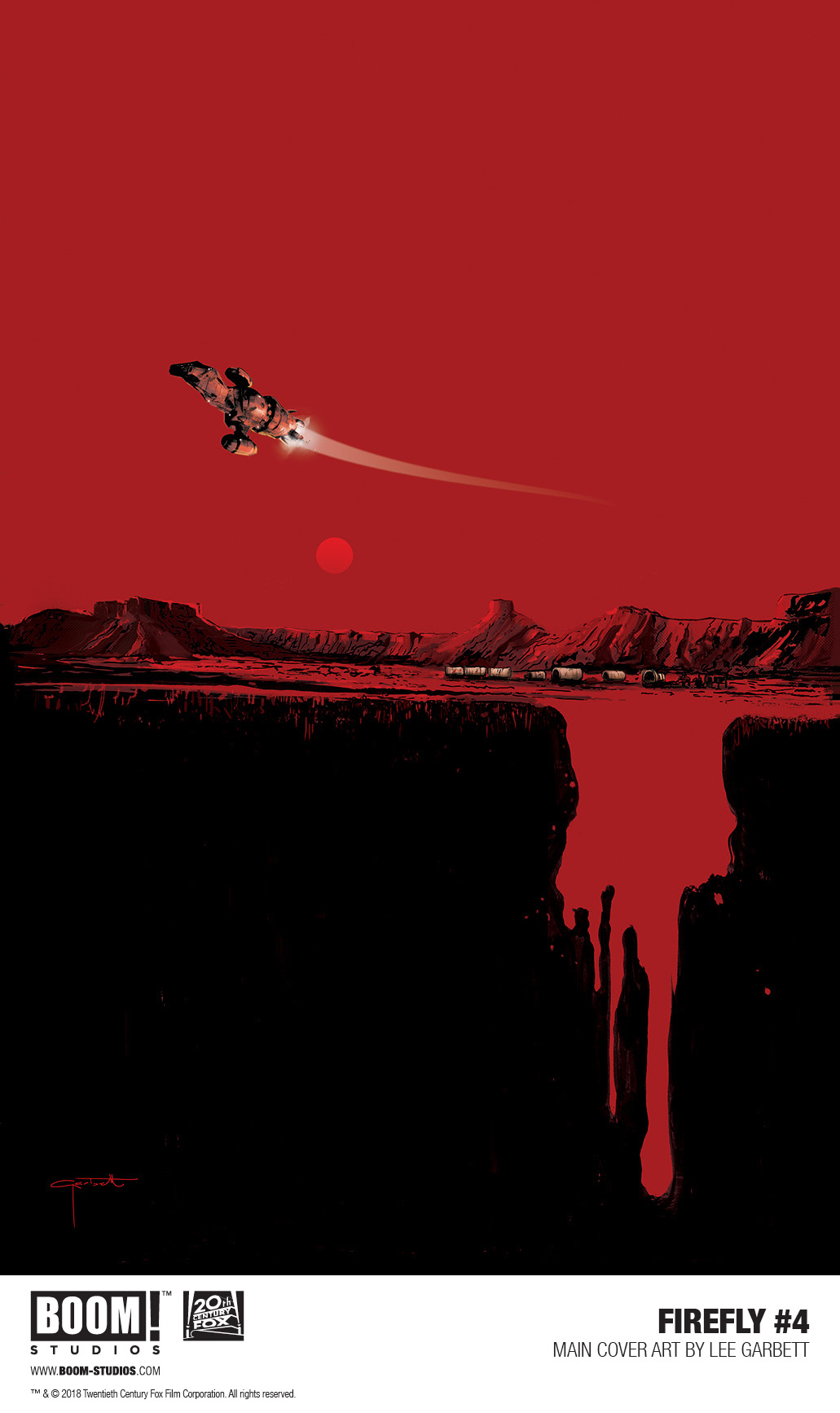 Pak: Right, I was really attracted to the project and those characters, but then also because of the world building opportunities. I mean, I did Planet Hulk, back in the day, I’ve done a fantasy/Western called Kingsbury West — this whole idea of building a world, I especially liked the outdoor adventure/Western world. It’s always compelling to me. So to be able to play in that sandbox is great.

And exploring that aspect of it just was a great opportunity. And then also, you know, like I said, I grew up in Texas, I love Westerns — all kinds of different Westerns. And just as Jeanine and I were talking about the story, I kind of realised this was the chance to use this 12-issue story arc we’ve got planned to explore different fun Western subgenres that hadn’t yet been explored in the TV show, so — that’s been a blast. All of those things, all of that, just made the whole undertaking really attractive.

There was a point where Jeanine and I were just talking before I committed to do this book, and I was really excited talking about all these different story elements that I was thinking about and all that, then, I can’t remember if Jeanine said this or if I said this, but one of us was like, “I guess you’re really writing this book, aren’t you?” [laughs]

Schaefer: I was like, “you’re writing this, immediately. There’s no backing out now. It’s done, it’s over.” I’ll add real quick when we got the nod from Joss [Whedon] that we could explore the Unification War more, he was kind of giving us the leeway to really dig into that. That was super exciting. As a fan, that was like…that was the biggest lunge forward.

Kotaku: I was going to ask, since the Unification War comes up as a major aspect of the first issue. We start seeing a bit more of Mal and Zoe’s past, and if that was something we could expect to see more of. But it sounds like that’s going to be something we’re getting.

Pak: It’s not going to be central, but it’s there.

Schaefer: Greg has really thought this out. A real, 12-issue arc where we’re going to be drawing people kind of through the experience of this thing Mal has done with Zoe in the past coming back very suddenly. And influence what’s happening to them in the present.

And so I think Greg and Dan, also — the way you’re presenting these — we wanted to kind of evoke that feeling, too, of being in the person’s point of view as they’re experiencing that again. Do you know what I mean?

McDaid: From an artistic point of view, one of the things that fuelled me as the project started was we weren’t just going to be doing essentially a sci-fi comic and a Western comic hybrid, we were also expected to be doing something kind of akin to a war comic. So, something with a lot of blood and thunder, and intense feelings and shadows, and that’s been a lot of fun.

It sounds weird to say that’s fun, but it’s been fun to dig into that and show this dark side of the Firefly universe. I was taking my cue a lot from the — for me, the best bit in the entire show—the opening five minutes of the pilot. Where you see the war, the battle for Serenity Valley. And that kind of low light panic and desperation and loss the characters have, it’s a real pleasure as an art to really get into that sort of territory.

Schaefer: And to be clear, the question if we’re going to see more of that? Yes. We’ll see more parts of that as we go on. Greg has really structured it in such a great way that the sort of balance of present and past starts to kind of reverse itself — until we see more and more of the war as it happens on the battlefield. 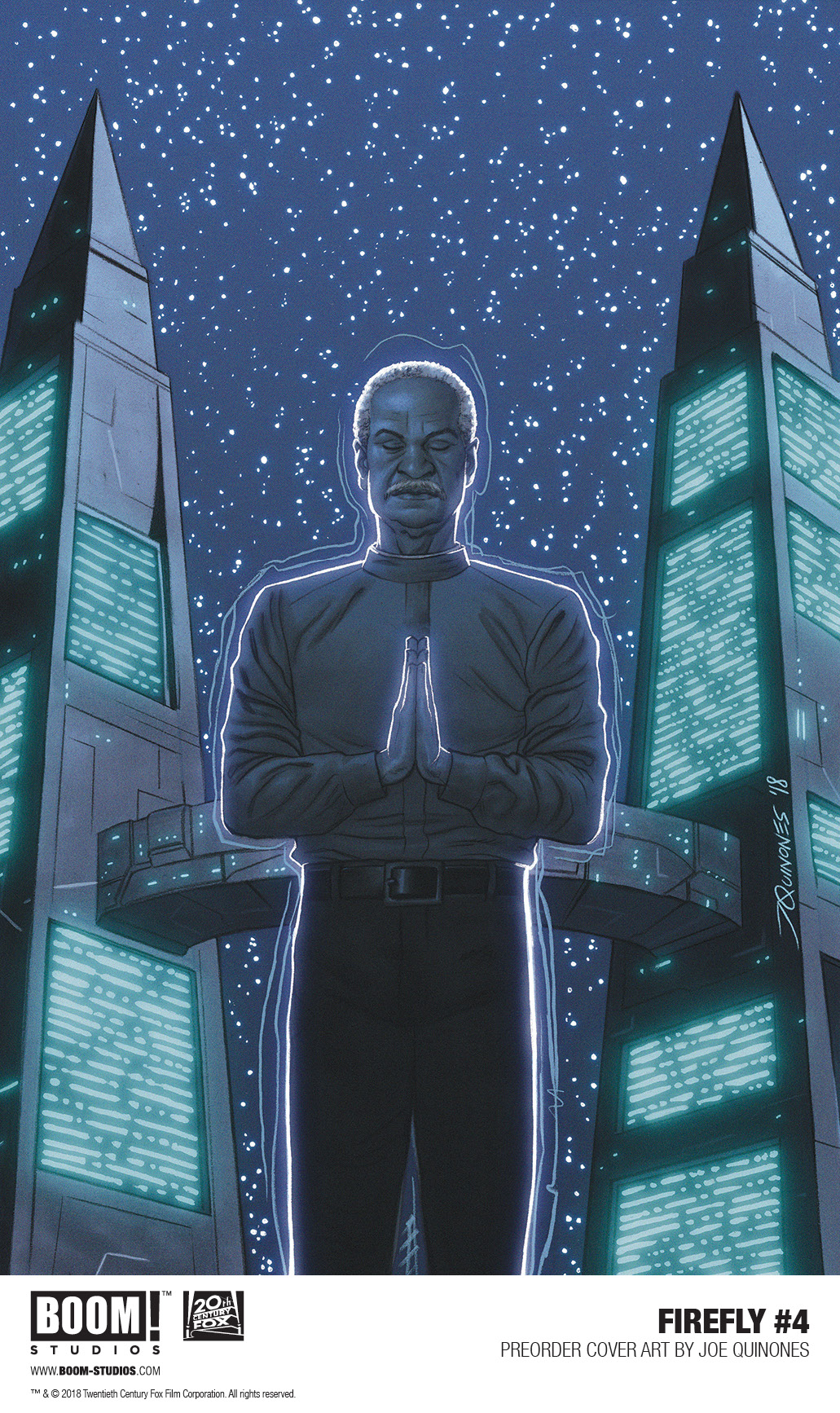