Although it’s now been years since Disney wiped the canonical Star Wars slate clean, one of its most fascinating periods—the time between the events of Return of the Jedi and The Force Awakens – is still mostly left uncovered. But one section of it in particular is still fascinating: the New Republic itself as an organisation.

The New Republic—the formal name given to the government system established as a continuation of the democracy seen in Star Wars’ prequel era in the wake of the Empire’s fall—was a fundamental aspect of the post-original-trilogy saga in the old Star Wars expanded universe that the “Disney Canon” that replaced it held over.

But the New Republic that we now know in the realm of “official” Star Wars is a very different beast. It is a lot less long-lasting than the New Republic of the expanded universe, and we only really know how it came to be and how it ended—the middle of its existence is still relatively unexplored. What of the in-between? Here’s what we know. 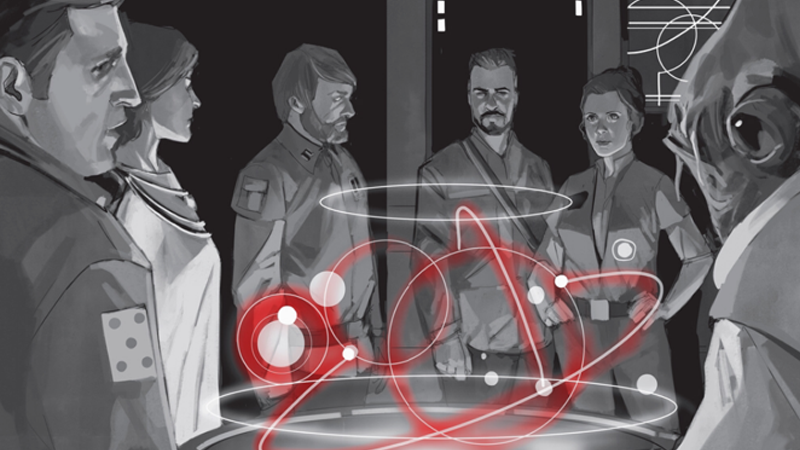 The leadership of the Rebel Alliance during its transformation into the New Republic. (Image: Phil Noto, Lucasfilm)

The early days of the New Republic

Although the New Republic wouldn’t be able to really officially get underway for several years, the Alliance formally dissolved and established the New Republic shortly after its decisive victory at Endor, taking out the Emperor, Darth Vader, and the second Death Star in a stunning blow.

Although the New Republic was now an entity, it was pretty much still the Rebel Alliance with a new name—planets still had to be liberated from Imperial control and holdouts of the Empire had to be defeated before the New Republic, which had no real formal regions of its own, could actually become the Republic it had christened itself.

The process took several months, as Republic forces moved towards Coruscant—the official seat of galactic power for the Empire, even in the wake of the Emperor’s death—as it slowly but surely began adding worlds to its cause, some liberated in battle, some willingly joining, now that retribution from the rapidly-splintering Empire was less of a threat. Even Coruscant itself became a hotbed of civil dispute, as forces loyal to Imperial Vizier (and onetime personal confidant of the Emperor) Mas Amedda battled with citizens looking to join the New Republic.

Within a year of victory at Endor, the New Republic took its first significant step toward legitimacy when, after liberating several worlds like Bespin, Akiva, Malastare, and more, the Galactic Senate—dissolved by the Emperor during the events of A New Hope—reformed on Chandrila. That’s the homeworld of Mon Mothma, who was elected the first Chancellor since Palpatine … inheriting with it the emergency powers Palpatine was granted during the outbreak of the Clone Wars decades prior.

One of Mon Mothma’s first moves as Chancellor was to give up those powers—part of her pledge in relinquishing her wartime powers included a plan to reduce the current military capacity of the New Republic by 90 per cent, entrusting civil defence to the individual member worlds of the New Republic. To Mon Mothma, it was an idea that represented a peace the Rebel Alliance had fought hard to achieve, but it was a decision that would eventually play a part in the New Republic’s unmaking. 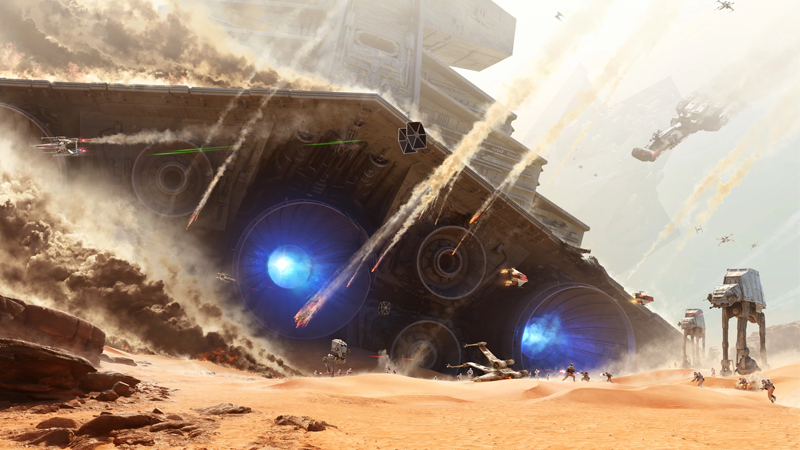 Several Imperial leaders disagreed, secretly dispatching military forces out into Unknown Regions of the galaxy to hide away from the Empire and New Republic alike – but just five years after the battle of Scarif formally began the Galactic Civil War, the Galactic Concordance brought it to an end. 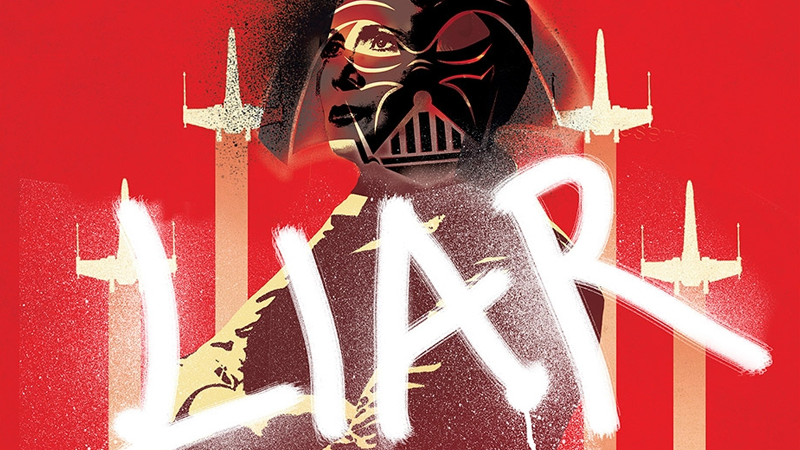 One such syndicate, the Amaxine Warriors, was part of a plot to sow further discord in the Senate that eventually publicly exposed Leia Organa—at this a popular senator and part of the populist faction – as the daughter of Darth Vader, rocking the New Republic’s political structure. Leia, disillusioned by the Senate’s infighting and inaction, retired and founded the Resistance as a paramilitary faction that would treat the First Order’s rise as a serious threat to the state of the galaxy.

But that wasn’t the only political disaster that spiralled the New Republic into further disarray; the Centrist faction within the Senate, abetted by First Order sympathisers, drafted plans to formally secede from the New Republic, openly joining with the First Order to establish them as galactic power. 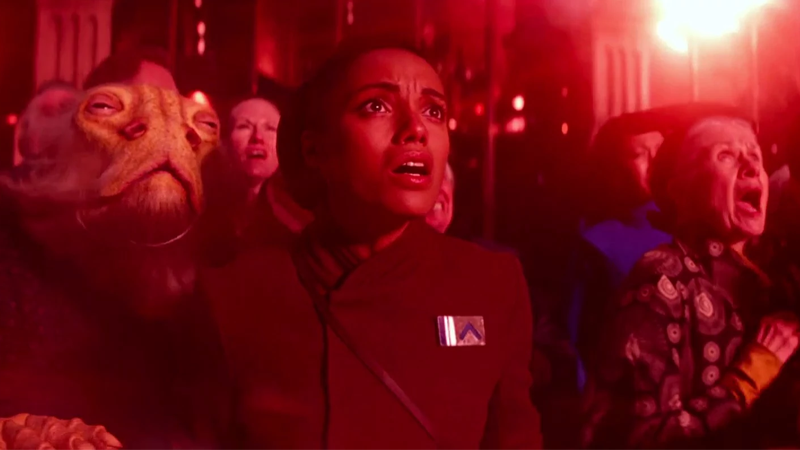 Chancellor Villecham (left), Resistance agent Kor Sella (middle), and the gathered beings of the New Republic Senate in their final moments, as Starkiller Base fires on the Hosnian system. (Image: Lucasfilm)

The fall of the Republic

The New Republic’s downfall wasn’t immediate. There were six years between the founding of the Resistance and Starkiller Base’s attack on the Hosnian system as the galaxy entered a new Cold War period.

The Resistance, small as it was, became the de facto opposition of the First Order, while the New Republic refused to take action in an attempt to maintain peace – now openly and aggressively expanding its presence in the galaxy – and because its military was now considerably outmatched thanks to the ongoing affects of demilitarisation.

What was left of the New Republic defence fleet saw multiple defections to the Resistance – from The Force Awakens’ Poe Dameron to Resistance’s Kaz Xiono – as the Senate was perpetually gridlocked in any attempt to take military action, born out of hubris and a disillusionment about the true scale of the First Order’s military might.

Which meant that by the time Starkiller Base atomised the New Republic Defence Fleet and the Hosnian system—the then-current home of the Senate under the New Republic’s final Chancellor, Lanever Villecham—during the events of The Force Awakens, what was being destroyed was really a shadow of the New Republic established just three decades prior.

While neither The Force Awakens or The Last Jedi particularly concern themselves with the wider galactic ramifications of the conflicts we see, we know one thing: the New Republic is dead. Long live the New Republic?

Time will tell what’s in store for the Star Wars galaxy’s ruling order in the wake of the New Republic’s short and sharp rise and fall – primarily because it’s going to be a long while after the release of Episode IX before Lucasfilm will allow canon material that isn’t films to flesh out this period of Star Wars’ timeline, let alone expand beyond the sequel trilogy to see what factions arise from the ashes of the New Republic.

For now, we have to make do with the picture we have of this crucial 30-year period in the galaxy far, far away. And even without further exploration, it’s not exactly a pretty one for the Republic that the Rebel Alliance fought so dearly to restore.