My Favourite Games Of 2018: Olivia Harris

With access to all the consoles and a beefy PC, I devoured plenty of games this year. Here’s the top of my crop after some considerable thought. Originally this was added purely to spite those of you party poopers who refuse to play with the rest of us, just because it’s not a ‘real’ board game. We happen to enjoy the randomness … sometimes.

But honestly I have found myself really enjoying the game more and more. It was a nice return to form with Super Mario Party ditching the group mechanics that failed in the recent games and instead returned to the best system of a free for all. The game looks lovely and the new characters and games are just generally fun.

I do wish they had kept the 50 turn game option in the game as those streams from online communities keep me young and my crops watered.

As a huge fan of the Katamari series having this title be reborn on the Switch was a dream come true. Originally on the PS2 Katamari Damacy is an experience that cannot properly be explained, but I’ll give it a go:

As the Prince of the Cosmos you must travel around the world and roll up Katamari balls, collecting items smaller than your Katamari, to become bigger and shoot them into the stars and restore the universe back to how it was before the King of the Cosmos accidentally destroyed everything. This includes stars, constellations and planets.

Don’t worry too much about the story – its just a means to have a bit of wacky fun rolling up things and causing chaos across the Earth.

The style and graphics are cute and hilarious, along with a catchy soundtrack that still gets stuck in my head to this day. My only problem with this game is that I have played it so much – playing it again is a little repetitive (completely my own fault). Dragon Quest has always been a solid series on the hand held Nintendo DS and 3DS, but the series’ debut on to the PS4 was a rough start. It took until Dragon Quest XI (the forth Dragon Quest game on the PS4) to get it right – and boy did it.

The Dragon Quest Hero games were just big hit and misses, with the series forgetting that the simplicity of the combat from the originals. Thankfully DQ XI returned to the classic turn based format that just works so well – especially combined with the stunning art and graphics on the PS4.

I’ve played a lot of DQ games and Dragon Quest XI is easily my favourite of the bunch. I never really played the other God of War games. But when I saw the gameplay and world building in the reboot I had to pick it up. What followed was an incredible story of love, parenting and destiny that hit all the right marks.

The combat was smooth and the story hit all the right notes for me. I especially enjoyed how they used the lake and different water levels as a way to use a central location to expand around over the course of the journey. This is a clever little game, the premise for Moonlighter is that you are a merchant who at night delves into the local dungeons and collects items to sell in your shop during the day. Slowly, but surely, you work your way through the dungeons and start to earn a small fortune that you can re-invest into the town and into your own gear.

That’s the whole game in a nutshell really, but it’s so much more than just that.

It seems a bit repetitive but it really isn’t. The dungeons and levels are so nicely themed and designed that it doesn’t get boring, plus they are randomly generated which adds to the fun of it all. The shop element is a delight too, with many layers of game play that come into play, as thieves try to steal from the shop and people cram in to try and get a bargain on your latest score. Easily the cutest Pokemon game to date. For years fans have been requesting new mechanics and the return of fan favourites – like having your Pokemon follow behind from the remake of the second generation – and Gamefreak came through with a revamped edition of the Kanto region with an all new style and game play elements that feel just right.

For a game that really is just Gamefreak showing us the new engine and capability of the Switch before the next generation of Pokemon releases next year, Pokemon Lets Go Pikachu/Eevee is a home run for the studio.

Over the past few years Pokemon games have gotten a little stale, with Pokemon X and Pokemon Y being the last to bring anything new to the series for some time, since then Pokemon games have felt pretty repetitive. (Which is fair in a series that is over 20 years old!)

The move to the Switch has given this series new life and has invigorated new love for the series in me. 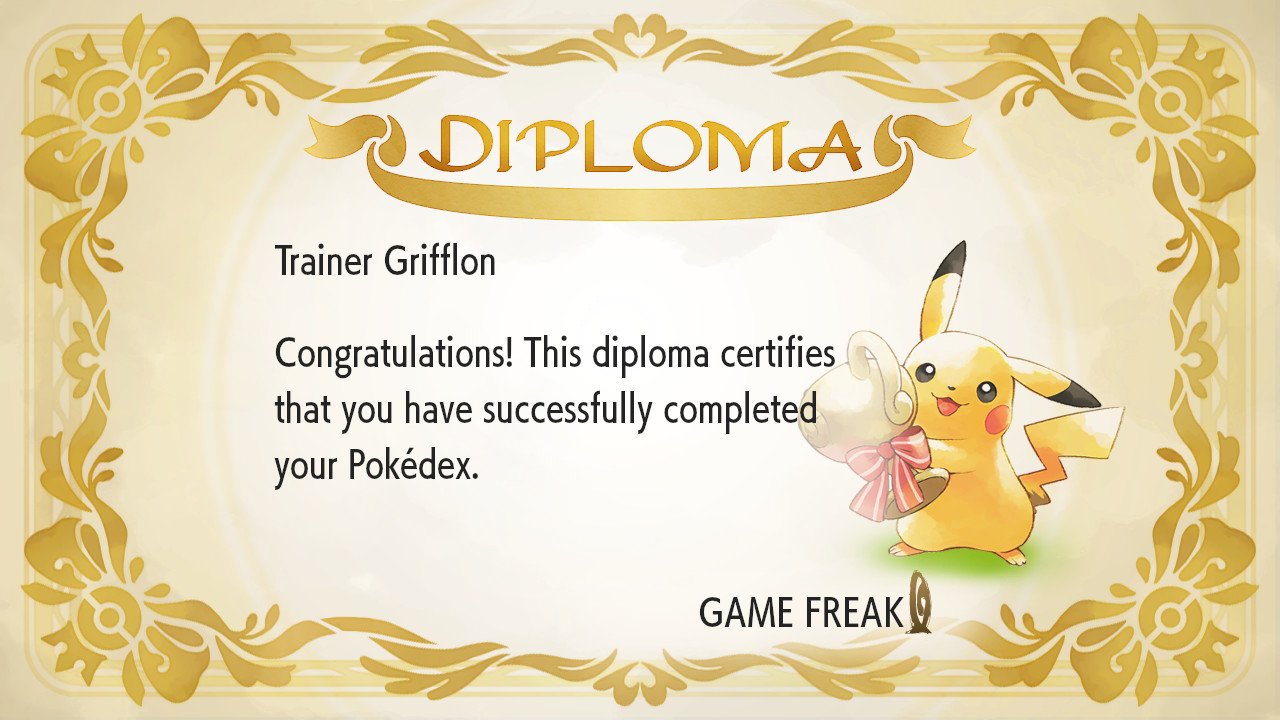 I remember messing around with the first Red Dead Redemption (Not Read Dead Revolver) and enjoying it to an extent. It didn’t quite have the roleplaying elements for me to completely engross myself in like the Assassins Creed open worlds did at the time and ever since. This all changed when RDR2 hit the scene.

Finally I had a sandbox game that encouraged me to take my time and breathe in the scenery. I was able to take the game at my own pace, to ignore the missions when I felt like it and just be a cowboy in the early settlement phases of the American West. A stunning experience and the only mobile game I have ever included on a list like this. Before this game I didn’t even consider the mobile genre to having anything substantial to add to the gaming world, you know besides a terrible money pit, but now I understand the capabilities of the medium.

I’ve always thought that a game rests on its writing and the visuals, which is why indie games appeal to me so much more than triple A games do. Florence is a perfect blend of writing and visual effects to tell a personal story that touched me deeply.

I won’t talk about it in too much detail as it needs to be experienced on your own and in your own way, so go out there and get ready for things to get a little too real. While I didn’t technically play this game, I did watch the entirety of it over my partner’s shoulder when he was reviewing it. During that time I laughed numerous times and directed my boyfriend towards which area I wanted him to destroy – sorry ‘fix’ – next. The story is hilarious and the game play tickled that Katamari fan inside me.

The story can be played in a single sitting and is honestly a story I will be playing these holidays to try and see what else I can get out of it. I could not put this game down. Dead Cells is one of my all time favourite rogue-likes, and that is saying something from someone with 500+ hours in The Binding Of Isaac: Afterbirth. Dead Cells is like a Metroidvania and Rogue-like combined in one. The game consists of playing in ‘runs’ where once you die you have to start again – much like many rogue-likes – but the game play and mechanics come straight out of a classic Metroidvania.

In my first game of Dead Cells, I died after about four minutes. In my most recent one, I lasted almost an hour. The time difference between those two attempts says a lot about how Dead Cells evolves as you play it, and how you evolve alongside it.

While you may not get that far in your runs – with the end goal being getting to the end and defeating the final boss – each time you do a run new things unlock. When you defeat enemies in the world you are rewarded with souls – along with other methods of obtaining souls ingrained in the game play – which can be spent on upgrades and unlocking new items into the RNG of the game for your next run.

The system is perfect and encourages replay in really clever ways, with the end boss not being the end of the game, but just the beginning of a new level of difficulty. I have sunk countless hours into this title and I am nowhere near putting it down.

Above all the rest Monster Hunter World is by far my game of the year. With completed copies on both the PC and PS4 I have sunk unthinkable hours into this game. Everything about it just works so well – from the brilliant world building, environments and characters – to the satisfying combat and art of the hunt.

The fighting style is matched perfectly to the design of the game, where realism and ‘anything goes’ is fully embraced. It feels so similar to Bloodborne that jumping into this system was easy to do. I’ve even managed to harness a number of different weapons and styles because of this.

The theme and overall tone of the world is lovely, I adore the Palicos and cats littered around the world and my companion has saved my skin more times than I can count. The food in Japanese games always looks delicious and here is no exception, with my quick trips to the canteen before a hunt always leaving me salivating.

Honestly every little thing in this game was perfect. I had always wanted to try and play a Monster Hunter game, but found them wildly intimidating to play – thankfully it seems that Capcom was aware of this when creating Monster Hunter World.

World was made with new players in mind and the ease of entry and learning curve was perfect for those of us playing the series for the first time. I understand many people who had played the previous games found it to be a little ‘easy’ for them, but honestly there are plenty of other games in the series that they can enjoy while the newbies learn on World.