entertainmentlion forgequincrediblethe pull listthe warning
To sign up for our daily newsletter covering the latest news, features and reviews, head HERE. For a running feed of all our stories, follow us on Twitter HERE. Or you can bookmark the Kotaku Australia homepage to visit whenever you need a news fix.

If and when we make contact with life from other planets, there are a number of different ways that things could play out. Everything could be perfectly peaceful, and maybe even kick-start a new age of scientific advancement. Or, we could be thrown into a cataclysmic war against beings we’re not at all equipped to fight.

The worlds in this week’s best new comics both teeter on the brink of huge changes thanks to the sudden appearance of things from outer space — and they both take interesting looks at what first contact might mean for humanity. 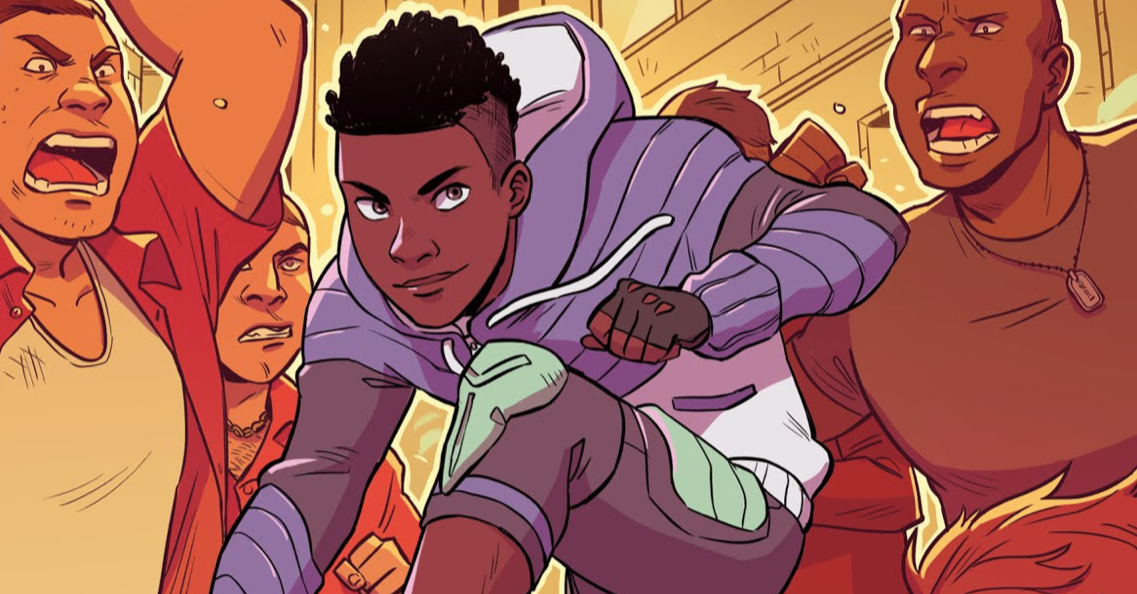 Lion Forge’s Quincredible, from writer Rodney Barnes and artists Selina Espiritu and Kelly Fitzpatrick, is set in the same universe as the publisher’s Catalyst Prime and Noble series, which tell the story of how a group of astronauts become superhumans after coming in contact with a mysterious asteroid.

While Lion Forge’s other superhero comics set in this world have mainly focused on how the fateful asteroid altered those who came in direct contact with it, Quincredible tells the story of how civilians are being affected — specifically because of a meteor shower that devastated a number of homes on Earth.

Quin, a young boy from New Orleans, finds his life forever changed when one of the strange meteors destroys his home. Strangely, Quin emerges from the wreckage unharmed, and not long after the accident, he realises that something about the meteor has imbued him with invulnerability.

Despite the fact that Quin’s powers are the sort that usually make for epic superheroes, he’s unable to see that for himself, which is what sets Quincredible apart from other superhero origin comics about young people first discovering the nature of their abilities.

Quin’s power isn’t exactly a detriment to him and he’s intelligent enough to understand that, but there’s an honest kind of guilelessness to him that makes him relatable. He’s a kid, and all the reverence for superheroes in the world can’t change the fact that he’s still got a lot of things about himself to figure out before he steps up to the plate to become the hero he was meant to be. (Rodney Barnes, Selina Espiritu, and Kelly Fitzpatrick, Lion Forge)

Image’s The Warning, from writer and artist Edward Laroche and colorist Brad Simpson, is a book whose initial quietness belies the unfathomable danger the people of the world find themselves facing when it’s discovered that a far-off planet has broken away from its natural orbit and is heading straight for Earth.

An alien invasion, though terrifying, is the sort of event that people can wrap their minds around easily enough. Ships show up, they might be hostile, you take to the skies to try and shoot them down. Simple. An entire planet purposefully shooting through space in order to make contact, though, is a prospect that no one could have possibly anticipated or prepared for.

And so, the few people made aware of the situation do what they can, and organise to take the best course of action they can come up with on such short notice.

Even though there isn’t any action to speak of in The Warning‘s first issue, it’s in the stillness and overwhelming normality of everyone’s lives that really makes the looming danger so apparent. Panic is shot through everyone’s emotions — but considering the sheer magnitude of what they’re dealing with, all they can really do is just keep moving forward and praying for the best, because there’s no time to stop and be horrified. (Edward Laroche, Brad Simpson, Image Comics)