At the close of every year, Kotaku highlights not just video games but gamers—people who did noteworthy or influential things in the world of video games.

This year, we’ve decided to honour an entire community, one that did its best to group together and recover after a senseless, unthinkable tragedy.

In the early afternoon on August 26, a gunman shot two people and injured nine more at a Madden qualifier tournament hosted by the Good Luck Have Fun (GLHF) Game Bar in Jacksonville, Florida. Kotaku’s Gamers of the Year for 2018 are the two victims, Elijah Clayton and Taylor Robertson, as well as the entire Madden esports community that gathered to grieve, support one another, and celebrate their lives. 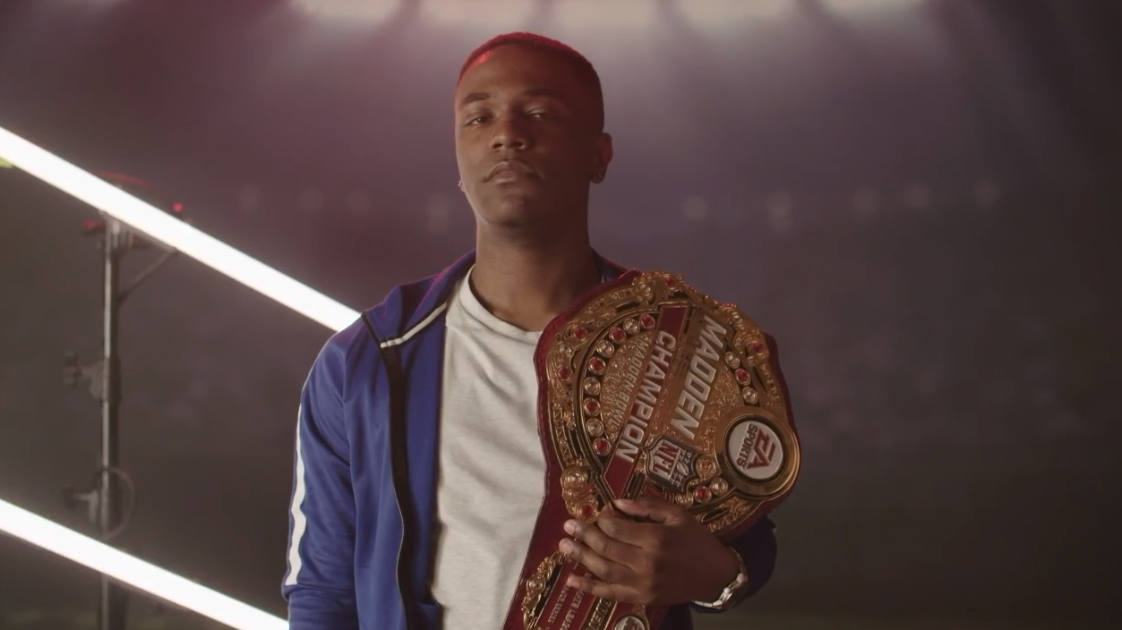 Elijah “Trueboy” Clayton was the first one shot. The 22-year-old had just scored a touchdown in the round of 32 when the red dot from a laser sight for an 8mm handgun appeared over his chest, as could be witnessed on the tournament’s live stream. Clayton played football in high school, first at Chaminade College Preparatory in West Hills in 2012, then at Calabasas High School after transferring in 2013.

During that time, the LA Times reported, Clayton would also play Madden on laptops and in the computer labs at school with his friends.

According to Brad Kaaya, an NFL quarterback who is currently on injured reserve for the Indianapolis Colts and a former classmate at Chaminade who spoke to the LA Times, Clayton was great at mimicking different teams’ defensive squads and had a knack for the strategic side of the game. By the time Clayton started playing Madden competitively in 2015, it didn’t take long for him to make waves in the community.

In 2017 he managed to qualify as one of eight finalists in the Madden 17 Club Series finals in Los Angeles, before going on to place 3rd in the Madden 18 Ultimate League this past April. Clayton amassed $US96,000 ($136,230) in winnings and some friends speculate he might have gone on to be the 2019 season’s best player, but it was his friendly and inspiring demeanour that they say was his bigger contribution to the game.

“He was super genuine, super caring, really kind,” Shay “Young Kiv” Kivlen, a friend and peer of Clayton’s in the Madden scene, told ESPN in the days following the shooting.

“Like if he cared about you, he was going to go out of his way [to show it]. If you needed anything from him, he was going to do it.” There are reports of Clayton reaching out to different players on social media, either to congratulate them recent successes or try and offer some comforting words when things were going poorly. 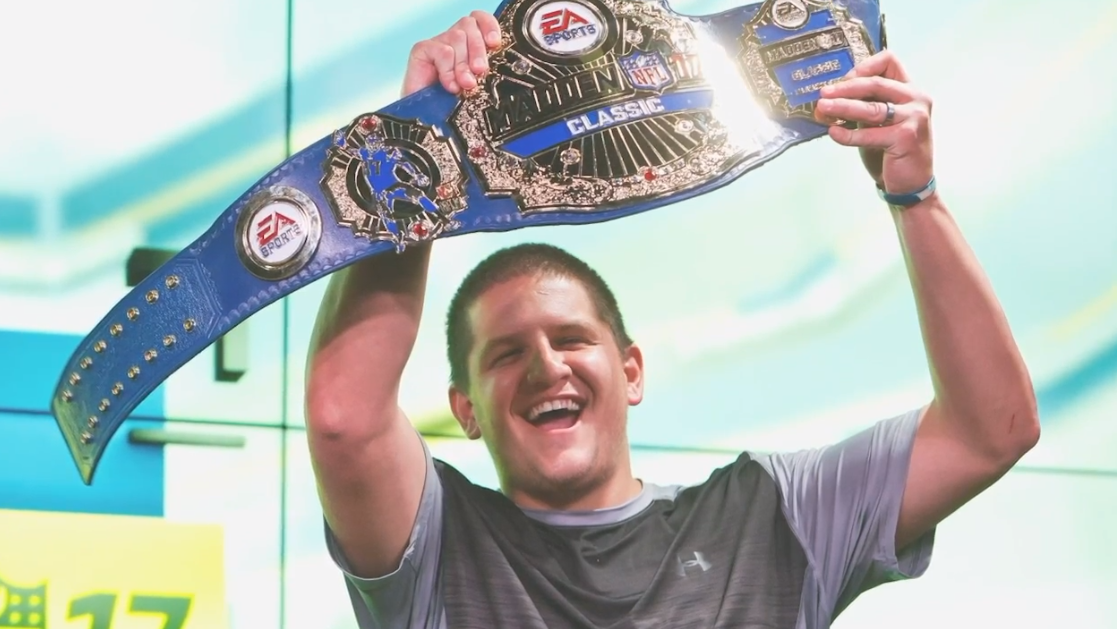 Taylor “SpotmePlzzz” Robertson was the second person killed that day. He was also a former high school football player, whose combination of good natured enthusiasm and cerebral skill made him one of the pillars of the competitive Madden community.

The 27-year-old from West Virginia worked at a bank and played Madden on the side, with the dream of someday using the earnings to buy a patch of land in his home state for his wife and son to call their own.

Where Clayton was an up and coming star in the community, Robertson was a veteran, having already cemented his legacy by taking first in the Madden 17 Classic.

“It’s certainly possibly for any player to get to this level,” Robertson wrote in his EA Sports Profile. “You just have to put in the time, you have to grind, you have to play a lot of games, and just work on getting better. So anybody out there who’s looking to get into it, just start practicing

ZAN, the program manager for Muthead, a third-party league that runs its own Madden tournaments, recalled on Twitter that Robertson said he would drive to his grandparents for a better internet connection so he could stream all of his games when he was first invited to participate in the league.

“One of the most polite, gracious, and professional guys I have come across in my life,” ZAN said. “Not just Madden.”

Shay Kivlen, who was also friendly with Robertson, called him one of the nicest people he’d ever met. “Never said anything bad about anyone — just super positive and a super-positive attitude,” he told ESPN. “Like it was inspiring to see just how kind he was and how nice he was.”

Kivlen could have also died that day in Jacksonville. Another of the game’s stars, Kivien took first at this year’s Madden Bowl. He would have been in the room when both Clayton and Robertson were killed, except he’d decided to go back to his hotel room to rest after losing earlier in the day. Days later, he spoke about his survivor’s guilt.

“It goes through my mind all the time,” Kivlen told ESPN. “If I win that game, I’m probably standing right behind [Clayton], watching his game. And who knows what would have happened, especially if I was the target.”

Kivlen changed his Twitter background to a memorial for both Clayton and Robertson following their deaths showing pictures of them, the years they lived, and the message “Rest in peace.” Several other players have followed suit, and also participated in fundraising tournaments as well the charity stream event hosted by EA in early September after the company donated $US1 million to a Gofundme campaign to be administered the victims and their families.

EA chose to have the National Compassion Fund, a non-profit organisation, oversee the distribution of the fund, with $US10,000 ($14,191) being paid out immediately to the families of the two victims, followed by a minimum of $US5,000 ($7,095) for those who were hurt during the shooting.

Another Madden player, Justin “Swizzy” Saline, started a GoFundMe campaign specifically for Clayton and Robertson to try and get the families more financial support faster, which ended up raising just over $US50,000 ($70,953). 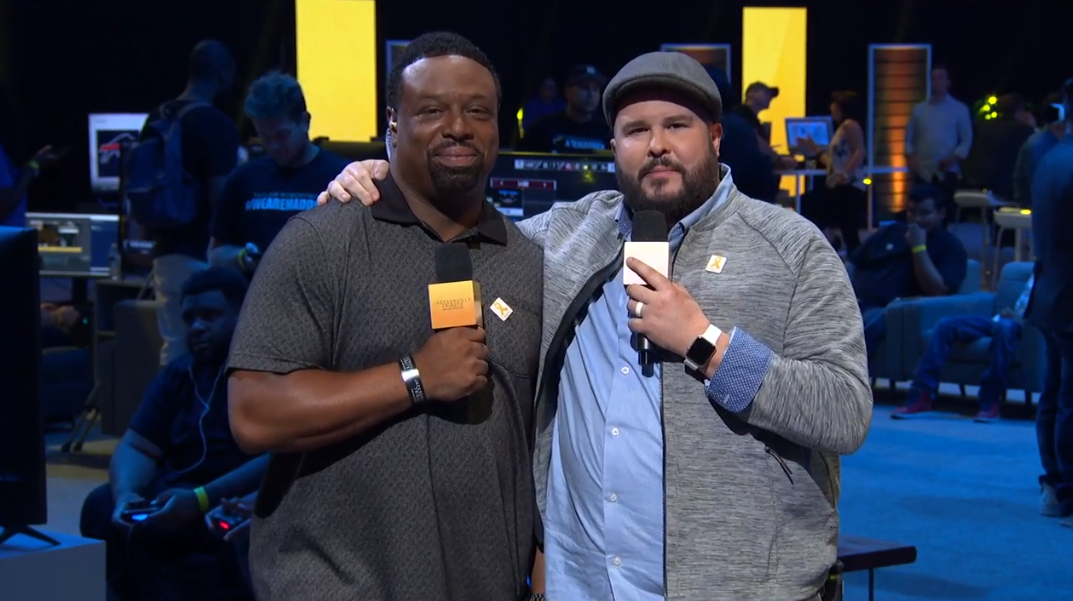 One player, Ronald “SirusTheVirus” Casey, used his body to shield two of the event’s younger attendees during the attack: 18-year-old Joel Crooms-Porter and 25-year-old Matt Clark. All three came out of the shooting unscathed, with one of the mums taking to Twitter to praise Casey for prioritising her son’s safety.

The competitive Madden community has tried to celebrate the lives of Clayton and Robertson and the stories of the survivors. On September 3, Kivlen did a charity stream with Tampa Bay Buccaneers wide receiver Mike Evans that was hosted by Cameron Kasky, a survivor of the Parkland school shooting earlier in the year.

They raised an additional $US7,937 ($11,263) for both fallen players’ families. On October 6, the Muthead League canceled its season 6 plans and instead held a charity stream where pros played for fun and the $US10,000 ($14,191) prize was instead donated to the Clayton and Robertson’s families.

While some wounds have healed, others haven’t, and maybe can’t. Timothy ‘oLARRY’ Anselimo, an NBA 2K player who was at GLHF because he had decided to try and start making inroads with pro Madden, was shot three times, including one bullet that went through his thumb. Following two surgeries and physical therapy, he’s been signed to compete for the Minnesota Timberwolves in the upcoming season of the NBA 2K League.

Following a recent interview with NBA TV’s Beyond the Paint in which he opened up about his recovery, Anselimo shared his struggle with PTSD in the wake of the shooting in a message to his friends and fans on Twitter.

“I’m just now finding the strength to try and get back to a normal life but believe me it isn’t easy,” he wrote. “Having to always watch over your shoulder, dropping the shampoo bottle and jumping out of the shower because your brain thinks it’s gunshots again. I was lucky enough to not be this way my whole life but unfortunately will be this way for a long time.” 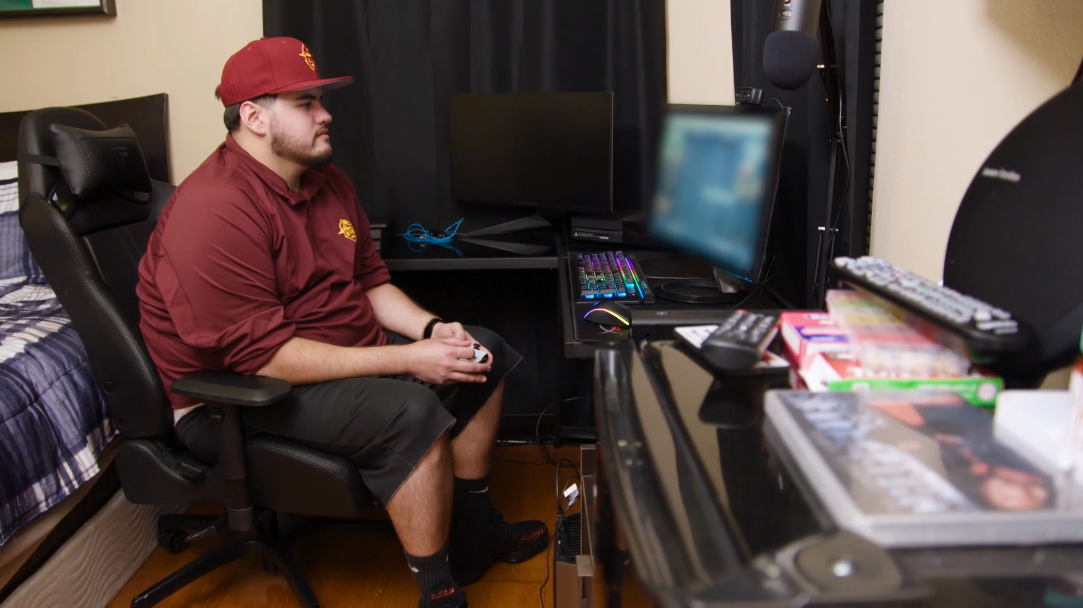 Drini Gjoka, who plays for Complexity’s Madden team, was also injured that day. Luckily, the bullet only grazed his thumb. “I will never take anything for granted ever again,” he tweeted immediately afterwards. “Life can be cut short in a second,” he said.

Recently, he told Kotaku in an email that that day changed the competitive Madden community, bringing those in it closer together through their shared experience. “After the event I 100% feel more connected to the community,” he said.

“These guys I travel to play against and talk to are all my brothers, we all have each others back if anything goes wrong.”

Tony Montagnino, who was shot in his lower back and leg, said the increase in positivity and bonding between the pro players has been a silver-lining to the tragedy. “There’s a lot more hugs than handshakes when we see each other now,” he told Kotaku in an interview over the phone.

“There’s a lot more ‘Hey man I love you’ instead of ‘I’ll holler at you later.’” Montagnino said that there seemed to be much more security at a recent tournament in Las Vegas. While EA hasn’t yet issued any report about how it will move forward with local qualifiers in the future, he’s hopeful the company will continue to take security concerns more seriously. Gjoka agrees.

“They did a great job of not letting anyone that’s not involved with the tourney in the venue, and felt completely safe inside,” he told Kotaku.

He and other players have taken to expressing that sentiment with the hashtag #WeAreMadden, a symbol both of solidarity and an attempt to put human faces to millions who play one of the most popular video game series of all time. Before competing in the Madden Classic at the beginning of the month, Kivlen noted it was his first major event without Clayton there to cheer him on. “Hopefully I can make him proud this weekend,” he wrote on Twitter.

But by the tournament’s end, despite finishing third, he also seemed rejuvenated by the familiar faces who were still around.

“The best thing about this weekend for me was seeing everyone again. It really is a brotherhood. Nothing can tear us down,” Kivlen said. “Seeing everyone come together in the wake of losing our brothers Trueboy and Spot was something special and I’m proud to be a part of this community.”