The news came as a shock to hundreds of Heroes of the Storm players and broadcasters, many of whom say they now find themselves out of income streams with no warning.

“We are troubled by the way the announcement was made; namely the impolitic choice to use social media to share such a message that effectively ended the careers of hundreds of players, content creators, casters, production crews overnight – and broke the hearts of countless fans,” wrote Darrie, the general manager of an esports team called Method, on Twitter this morning, echoing the thoughts of many other former Heroes of the Storm players and managers.

“As someone who’s commentated Heroes of the Storm since 2015, I mostly really feel for the 200+ pro players who have lost their jobs via a blog post today,” wrote caster Wolf Schröder on Twitter late last night.

“I always loved casting Heroes, so it’s tragic to see it go so suddenly. Thanks for all the kind messages today, friends.”

Although Blizzard said in a blog post last night that Heroes of the Storm would continue to get regular updates, the death of Heroes’ burgeoning esports league has wide-ranging consequences for those supported by it.

The HGC, which launched in 2016, offered a base salary as well as prize pools to nearly 200 players. Some of those players are now fuming, in large part because of Blizzard’s lack of communication.

“Fuck you, honestly,” wrote former player Johan Lauber on Twitter last night. “Working 6 hard months with new fantastic teammates for this shit. Radio silence for weeks. I sent multiple email[s] and all i got back was that they are working on finalising the details.”

“I feel like this is unacceptable by any company to kick so many people in the arse using a blog option, after being constantly asked (since Blizzcon was over) about plans,” wrote former player Maksym “Mopsio” Szczypa on Twitter this morning.

“I wouldn’t be upset of they told me that there is an option of no HGC but at this point I wasted one month of my life and nobody will give it back. However I am grateful for opportunity to play this game competitively. I give myself some time to get back in shape in league and see if I can do well (Russian LCS for example). If not then I will pursue other career, maybe as chef.”

Chris “Tetcher” Ivermee, a British caster for Heroes, told Kotaku that he’d been making around $US4,000 ($5,569) a month during the season. He received a day rate from Blizzard that he relied upon to pay his rent and bills.

“It was my only source of income outside my stream,” he said in a Twitter message.

Ivermee, like other Heroes of the Storm casters and players, is reeling. He’s started a Patreon and said he plans to launch new initiatives with his former colleagues soon.

The reduction of Heroes of the Storm comes at the end of a year in which Blizzard has prioritised cost-cutting. As we reported last month, Blizzard has been looking to both spend less money and bolster its development teams so it can ship more games.

Under new chief financial officer Amrita Ahuja (who joined recently from Activision) and chief operating officer Armin Zerza, Blizzard has been shifting priorities. Scaling down Heroes of the Storm and axing the game’s esports league—as well as the collegiate league Heroes of the Dorm, which offered scholarship money to winners—are the latest moves in this plan. 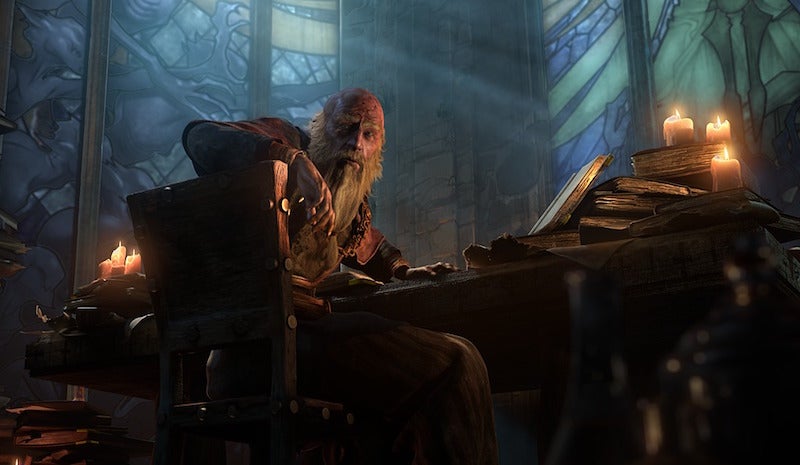 The Past, Present, And Future Of Diablo

On November 2, 2018, Blizzard closed its annual BlizzCon keynote by announcing, to scattered applause, a Diablo game for phones. It was a baffling marketing decision that immediately set off controversy, as fans of Blizzard’s iconic action-role-playing game franchise loudly accused the company of neglecting its PC players.

“The Heroes team will continue to have a smaller but dedicated development team that will continue supporting the game with new content,” the rep told Kotaku in an email.

“Imagine moving region, self-funded, and investing everything into HOTS then 1 year later @blizzheroes gives the cold shoulder to HGC 2019,” he wrote on Monday. “Some courtesy to players, casters and others affiliated is expected in the form of an announcement please.”

When the announcement finally happened, he seemed resigned—and ready to move on. “No point feeling sorry for myself,” he wrote yesterday.

“I’m taking this as an opportunity to escape Blizzard esports in general. Going to enjoy my vacation in Australia, before returning to the UK to go all in on @lolesports. Going to stream my grind and hopefully I can pave out a happy future.”