Counter-Strike: Global Offensive has gone free-to-play, bringing a slew of hapless new players, probably a massive wave of hackers, and a battle royale mode. The mode, Danger Zone, feels less of a full-blown battle royale and more of a well-made mod. Even if Counter-Strike’s gunplay is second to none, Danger Zone isn’t going to stand up to top dogs like Fortnite or Blackout any time soon.

If I had to use one word to describe Danger Zone, it would be “small.” It’s a word with good and bad connotations. On one hand, each match of Danger Zone is fast, and takes advantage of Counter-Strike propensity for intense and sudden gunfights.

On the other hand, the experience often feels insubstantial. While there’s moments of heart-pounding action to be found, much of my time playing Danger Zone has been spent asking a question: Who asked for this?

I used to play tons of Counter-Strike, specifically 1.6 and eventually Counter-Strike: Source, but then fell off the wagon once Global Offensive came around. Jumping back into CS feels as easy as riding a bike, which is good, because I feared the Danger Zone would be packed with hardcore 1,000-hour-plus veterans.

The balance is something more manageable. You’re going to play against aces, sure, but much like Call of Duty: Black Ops 4’s Blackout mode, even the vets are still adjusting to battle royale gameplay, which evens things out a bit.

Danger Zone feels incredibly fractured. Counter-Strike’s gunplay remains astounding—after all, it gave rise to one of the dominant esports—but Danger Zone attempts to break up the action with a slipshod mixture of design decisions that never really cohere into a greater whole. 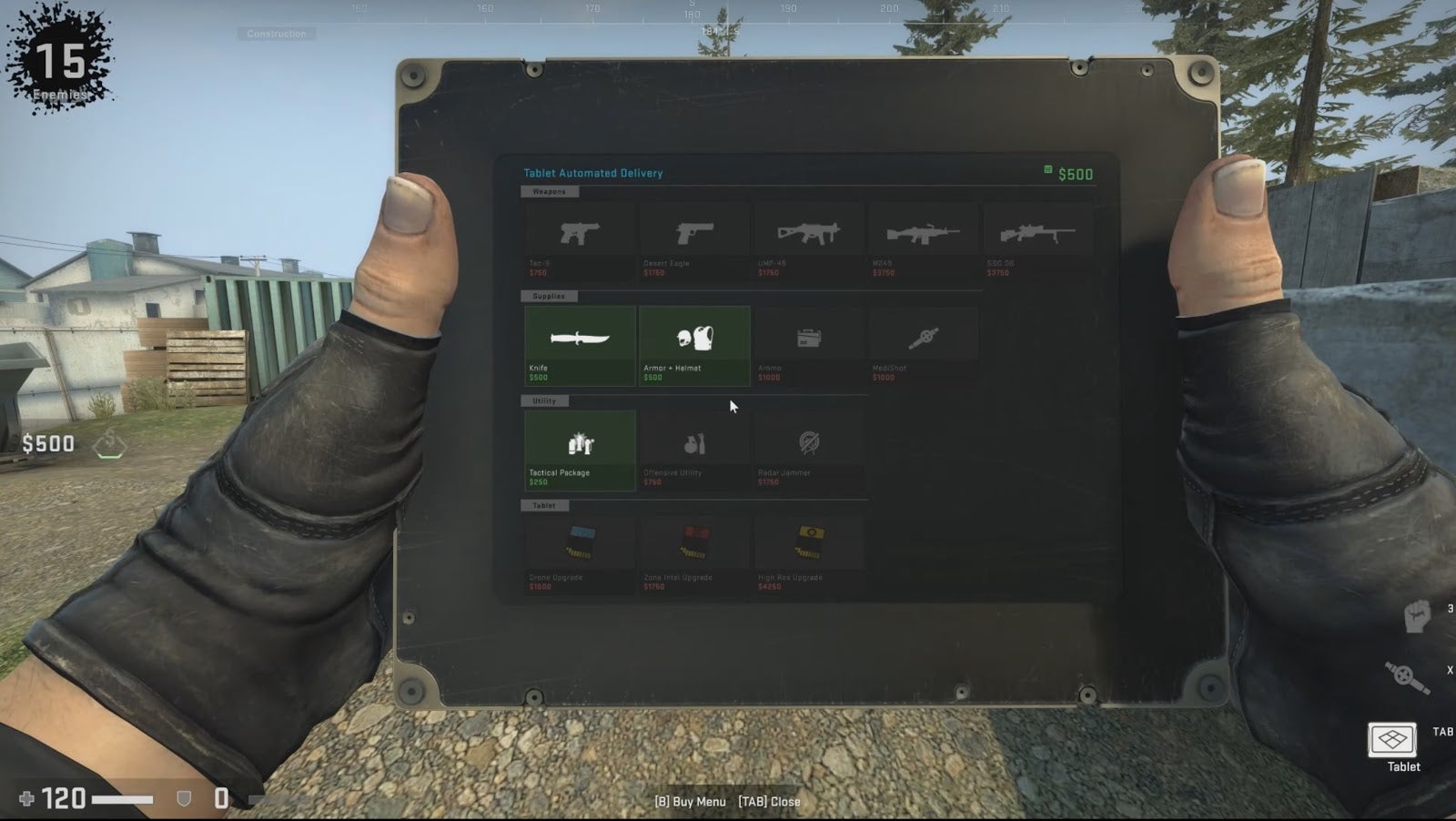 Matches are 16 players in size, and take place on the tiniest battle royale map I’ve ever played. In a lot of ways, I felt like I was playing Trouble In Terrorist Town.

You select a starting point and rappel into that location. After that, the game is on. But while it is possible to find guns in the open world, it’s far more likely that you’ll find wads of cash. As you amass funds, you can then pull out a tablet to purchase weapons and armour, much like you do at the start of Counter-Strike match. Your gear is delivered via a loud drone that drops it into your location. These drones are key gameplay tools that observant players can use to locate enemies.

Danger Zone stops and starts a lot. You wander and pick up a gun with seven bullets, maybe you kill a guy, then you take a moment to loot gear and cash before calling in a drone. The start of a Danger Zone match is one of the strangest-feeling things I’ve encountered in a battle royale: it abandons frantic looting in favour of what is arguably a slower period of resource gain.

Ammo is scarce and guns feel rare. The characteristic bloodbath is initially absent. The lack of ammo means most gunfights devolve into clumsy bouts of first-person fisticuffs.

My first victory ended with a flank against this completely oblivious gamer guy.

Then everything explodes. The map is small but well suited to Counter-Strike’s action and the play area constricts quickly. Rockets fall down on sections of the map. The playzone shrinks and multiple players face off. In spite of this, Danger Zone doesn’t really have much of an identity when the shooting starts.

It’s Counter-Strike, which still feels good, but I hardly ever got the sense that I was carrying out a long-term strategy. I just happened to have enough bullets and decent enough aim, while being in the right place at the right time. Victory still feels great, but everything is too compact to really come off as tactical.

It’s fun but I can’t see anyone, even Counter-Strike fans, getting hooked.