Everything Announced At The Game Awards 2018

geoff keighleyNintendosonythe game awardsXbox
Image: The Game Awards trophy, produced by WETA.
To sign up for our daily newsletter covering the latest news, features and reviews, head HERE. For a running feed of all our stories, follow us on Twitter HERE. Or you can bookmark the Kotaku Australia homepage to visit whenever you need a news fix.

Today is the 5th annual The Game Awards, hosted by Geoff Keighley, which acts as a kind of mini E3 at the end of the year. There are a bunch of world premiers and gaming news that comes out during this show – so lets delve into what happened this year. First up we got a killer world premier with an indie Nintendo Switch title from Annapurna Interactive.

It seems to be a cool cyber punk game with a heavy focus on music and audio based game play. The style and gameplay looks hella cool. Can’t wait to give Sayonara Wild Hearts a try in 2019.

Return To The Savage Planet What seemed to be a preview for Biomutant at first turned out to be an all new game by Publishers 505 Games about a exploring and surviving on a savage world with next to no equipment or help.

The style looks to be a bright and colourful world filled with danger, not unlike Subnatica. The Stanley Parable is coming to consoles with all new endings and sequences to explore. Which is an excellent opportunity to pick up the game if you have never played it before. For those of you who have and enjoyed the game, why not pick it up and see what new things you can find? Among Trees looks like a survival experience about getting back to the basics and learning about nature in a beautiful cell-shaded aesthetic. A peaceful survival game, maybe not depending on that bear, is right up my alley. Its the rumored Marvel game we have been hearing about for some time, now finally made real. It seems like everyone has shown up for the fight this time around, with numerous heros and villians making an apparance in the trailer.

Interestingly it is also a Nintendo Switch exclusive. Rocket League is getting all new DLC. Not much to say on that really. The box art for Far Cry: New Dawn appeared earlier today, but a listing on Amazon has revealed more nuggets of info about the game. Most importantly, those characters on the cover? They're New Dawn's villains.

Well this is it. Ubisoft has decided to do their own Fallout series with Far Cry – turning the nuclear apocolypse from Far Cry 5 into an all new story.

Following the events from 5 the world has recovered from a nuclear war and the world has been engulfed by nature once again. It seems that violence is the only answer in this new world, not too far from our own. Supergiant Games has an all new game coming out this year in early release and I couldn’t be happier. Supergiant Games is known for their outstanding music, amazing visuals and satisfying gameplay. If Hades is anything like their previous titles then we are in for a treat

It is also the very first title on the Epic Games Store. Get it tonight. I know I will. It is time to BE THE MONKEY. Play as our late animal decendents all those thosands of years ago in Africa. More to come on this title next year.

Crash landed on – what we can only assume – is Earth, a party of four looks to survive in a barren world. Scavengers seems to be a world in which the characters will have to cooperate to survive, and compete against others in a first person shooter style mode to win.

Dead by Daylight: Darkness Among Us

Dead By Daylight is getting some all new DLC. More spooky villains and what seems to be a new area too. EA has come out of the woodwork to give us some kind of backstory or setting to the upcoming release title Anthem.

Journey Is Coming To The PC Journey is finally coming to the PC. This game is a must for anyone who enjoys good music and visuals.

Journey is available on the Epic Game Store now. Yes the rumors are true, CTR is back! Play the fully remastered racing game on Sony Playstation.

Crash is back in the driver’s seat! Go fur-throttle with Crash Team Racing Nitro-Fueled, available June 21, 2019 on PlayStation 4, Xbox One and Nintendo Switch. pic.twitter.com/wJr2yMUXRz An all new game from Obsidian, the makers of Fallout: New Vegas. They’ve taken that Bethesda style and made it their own, with humor and violence at the center of their new IP The Outer Worlds. 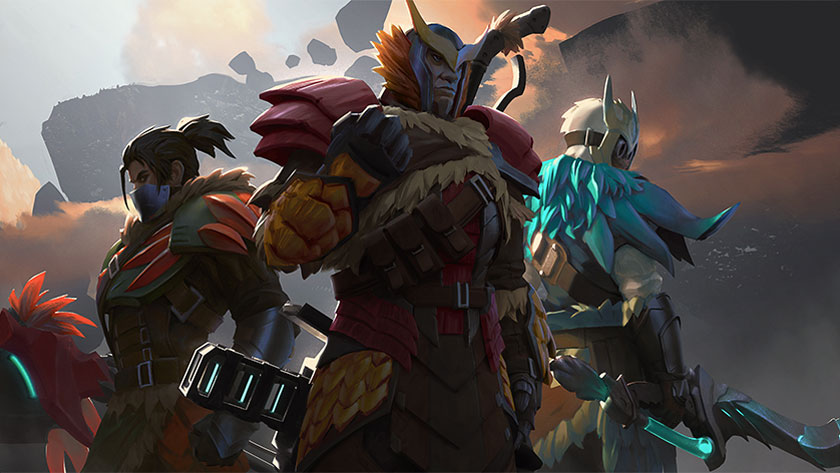 The early access PC game has an all new trailer out to celebrate their huge content release online. Dauntless is a kind of pseudo Monster Hunter that is still under development, but can be played in beta now. An adorable indie title for the. A small creature exploring what looks to be a big world. A captivating story and one that looks like it will resonate well with Journey fans.

Seriously cute. Also that music is a nice touch.

PUBG has an all new map and mode of 6v6. Its a winter map, so snow leaves tracks that will leave traces from players. All new equipment is available and the new content is live now on PC. The update comes to PS4 tomorrow. From the creators of ARK – you know the one with the dinosaurs – comes an open world game comprised on the idea of exploration and conquering the whole world. The world can hold 40,000 players in one environment. That is amazing. If it works and runs better than ARK on launch then this will be huge for this team. 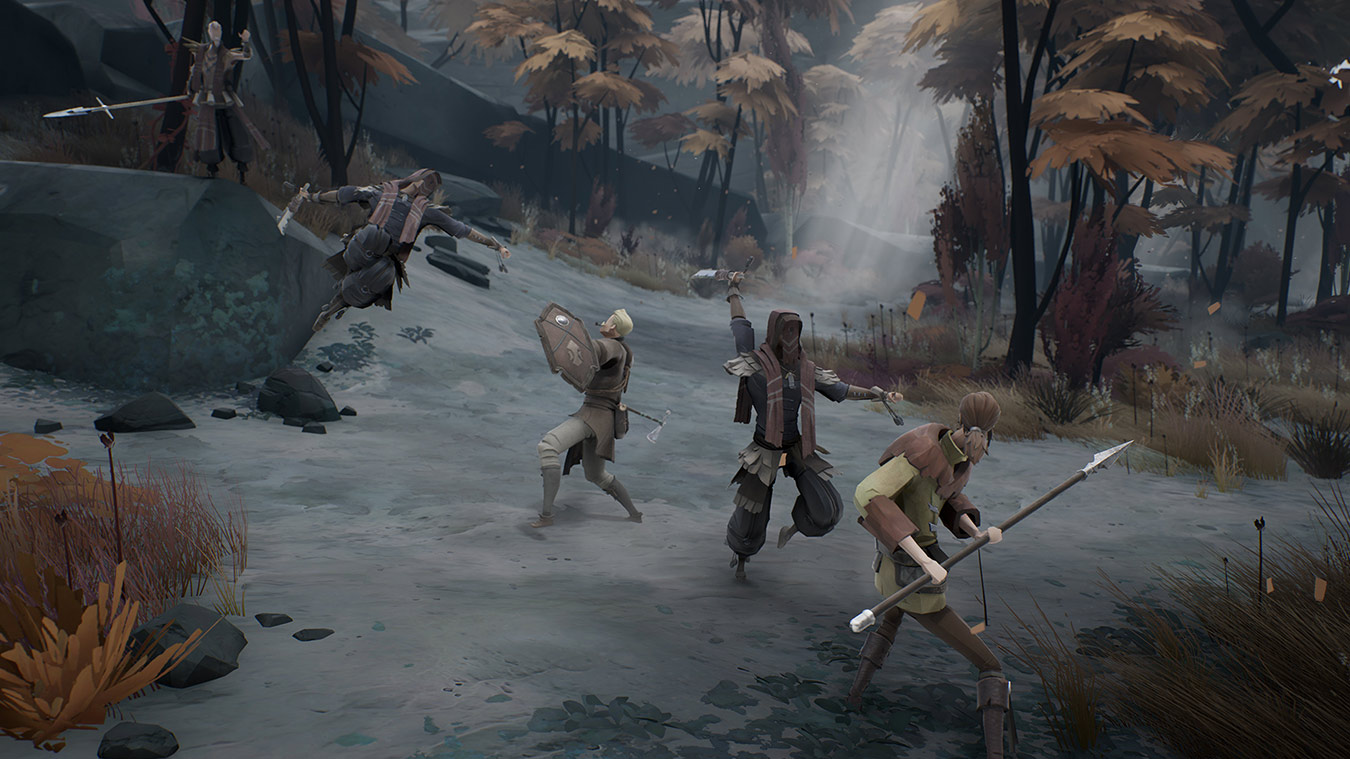 From New Zealand developers comes a Dark Souls-esque game on PC and console. The story revolves around building a town and bringing people back to live from a desolate world. It’s open world and shares a lot in common with Dark Souls aside from the tone, which is more spiritual.

Ashen is available now on the Epic Games Store and Xbox Game Pass. The game most of the chat was hyped for showed up. It was a quick trailer, but enough to spark the fire inside of me to get hyped once again for a Bioware game.

Not to be outdone by the other amazing indie games on display this year, Giant Squid showed up to present their new title and all the stunning visuals they have been working on. I think that was Austin Wintory on the music again…

Survived By looks to be a cool new top down rogue-like game that allows you to play with friends and wipe out the evil enveloping the land. When your character dies they are replaced by their next descendant, which is a nice touch, an element becoming more common in games that have a ‘run’ mechanic. The Netflix series is now a 16 bit video games as well. Play as Will’s Mum and the Sheriff Jiff Hopper in what seems to be the plot of season 2.

In an awkward transition on stage – classic awards show – we got a look at the newest trailer for Mortal Kombat 11. The game looks like a Mortal Kombat game, not much to say yet until we see more. FINALLY. After being announced a few years ago we got out first real look at the long awaited sequel. Raz is back and delving into the dark corners of peoples mind’s once again. I cannot wait for this game and I have a feeling some other people feel the same way. Christmas is coming to Season 7 of Fortnite and we got to see the world change in real time.

A New Look At Rage 2 Before the early 2019 release Bethesda has released an all new trailer for Rage 2, showing off the explosive atmosphere and slapstick violence Rage is known for. Holey Moley! No one saw this coming. With only a few hours to go before the launch of Super Smash Bros. Ultimate Nintendo pulled a rabbit out of their hat in the eleventh hour. Joker is coming to Super Smash Bro.s Ultimate, along with his Persona.

This is a part of the first DLC pack and gives us a tastes of whats to come.