featurefortune islandforza horizon 4impressionsmicrosoftplayground gamesxbox one
To sign up for our daily newsletter covering the latest news, features and reviews, head HERE. For a running feed of all our stories, follow us on Twitter HERE. Or you can bookmark the Kotaku Australia homepage to visit whenever you need a news fix.

Though I appreciate the rocky cliffs and craggy hills of Forza Horizon 4‘s new Northern Isles-inspired Fortune Island, I worry that once I finish all the expansion’s treasure hunts I’ll lose my appetite for brown emptiness.

Fortune Island is Forza’s newest DLC. Located somewhere to the north of the main game’s English countryside, it’s a relatively smallish landmass consisting mainly of scrub and rock. Aside from a small town near the gaudy neon festival site and a bit of dense pine forest, most of Fortune Island is large and empty. 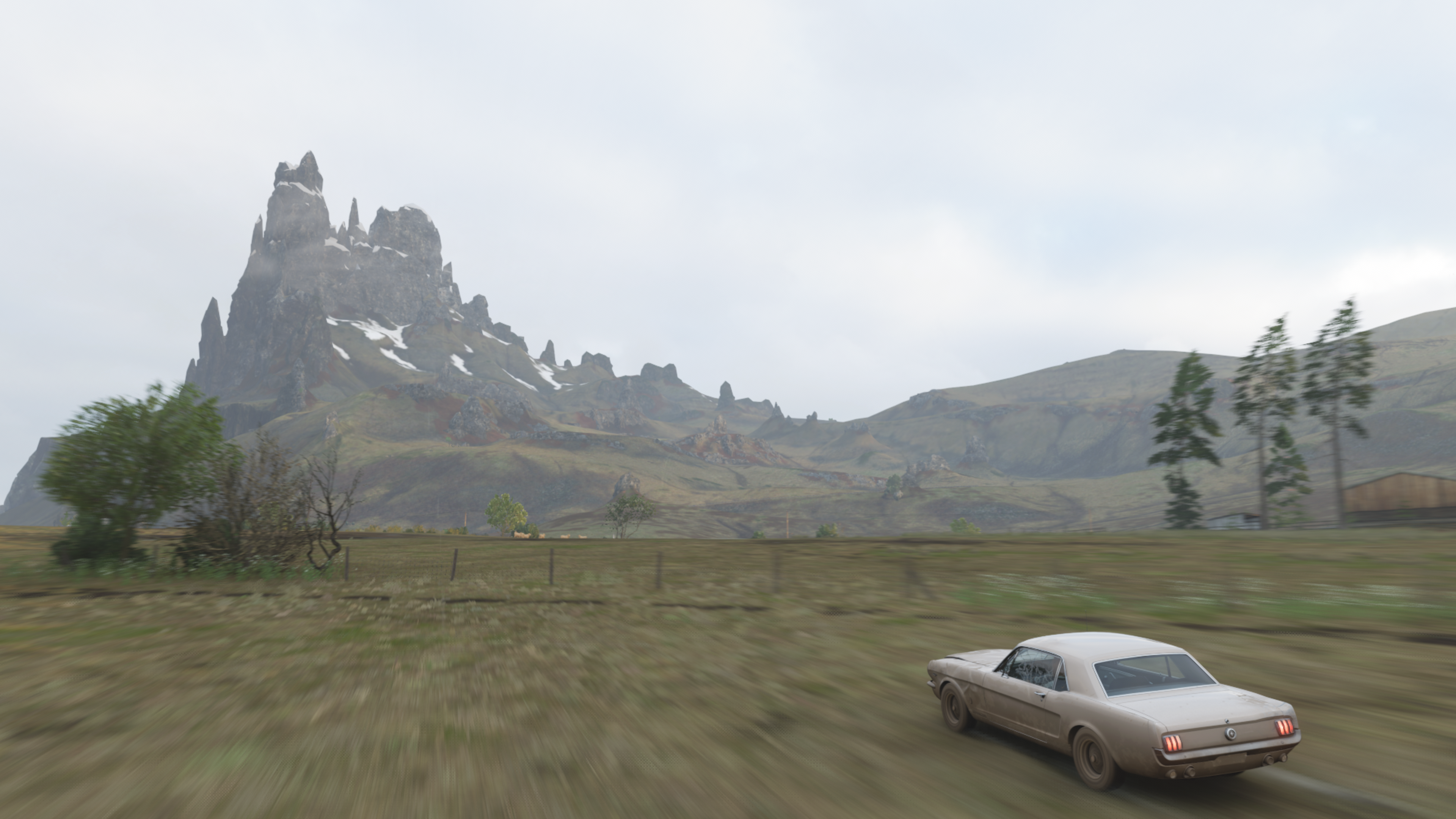 There aren’t many roads on the island, and many of them are dirt, making it a haven for rally and off-road vehicles. The Dodge Ram concept truck that players take control of during the expansion’s exciting opening sequence is perfect for this place. That opening sequence is a showcase for one of Fortune Island’s major features, harsh weather conditions. Lightning crackled across the sky and rain poured as my brave little pickup leaped and swerved its way from the island’s small navigable beachhead to the Horizon Festival proper.

The expansion’s focus on off-road racing and brutal weather reminds me a great deal of Storm Island, one of the expansions released for Forza Horizon 2.

But since this expansion takes place in the northern reaches of Great Britain, we’re treated to sights like the shimmering Northern Lights. For all its blandness, Fortune Island is still pretty in its own way, with miles of brown scruff rolling into jutting, snow-coated rocks. It’s stark and lonely, even online with other players tearing about.

There’s definitely excitement to be had here. Fans of drifting will enjoy a long, twisting track that winds down from the island’s highest point. The bumpy hills crisscrossed with stone and wire fences make it great terrain for building large skill chains.

Oh, and there are copious amounts of deer. So many deer. 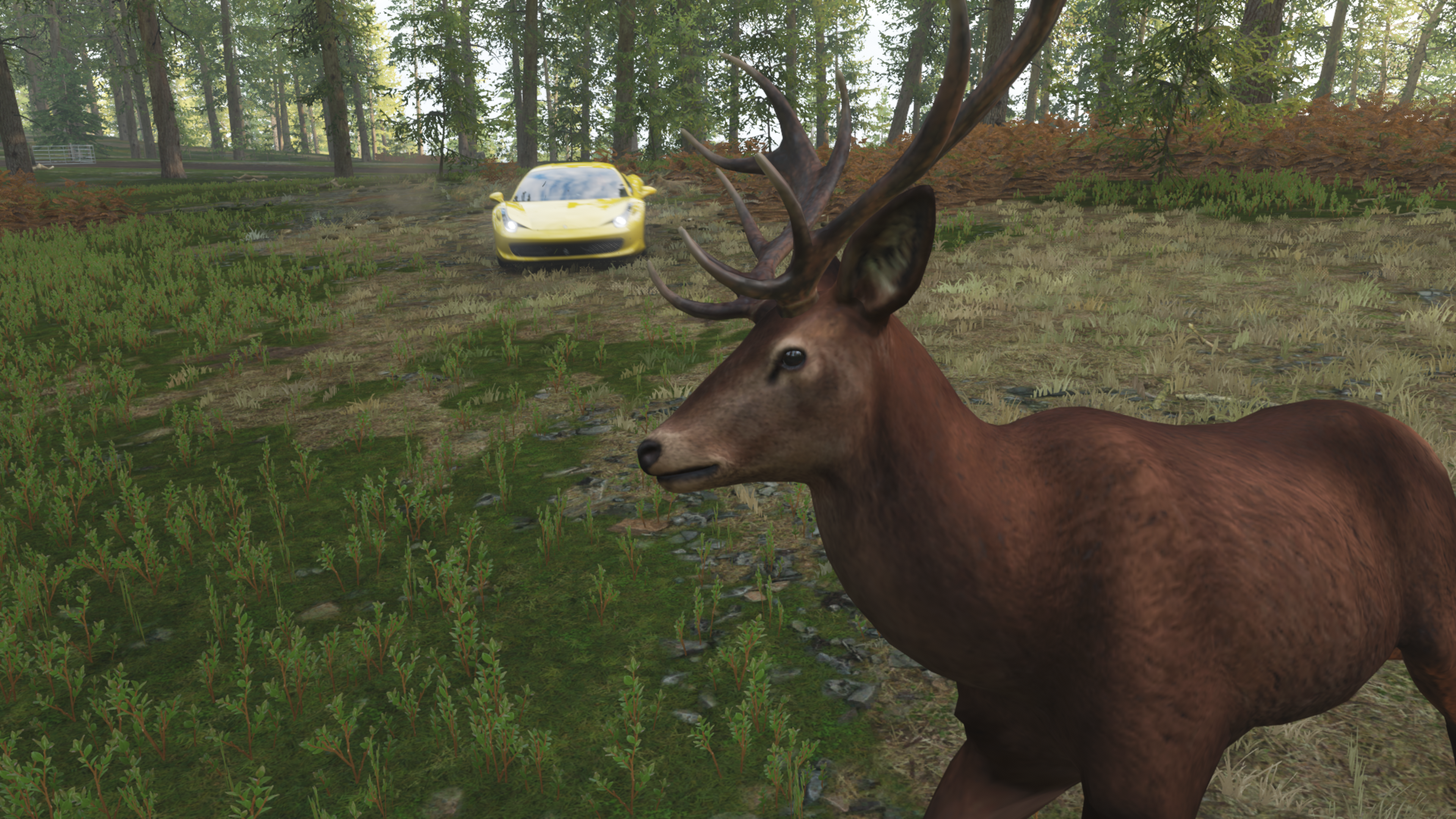 One of the main draws of Fortune Island is the expansion’s Treasure Hunt. As players complete races and earn influence towards earning the ultimate title of Island Conqueror, riddles are unlocked that, when solved, lead players to treasure chests filled with in-game cash. Blaze a trail from point A to point B on the map fast enough, and the general location of the treasure chest is revealed. 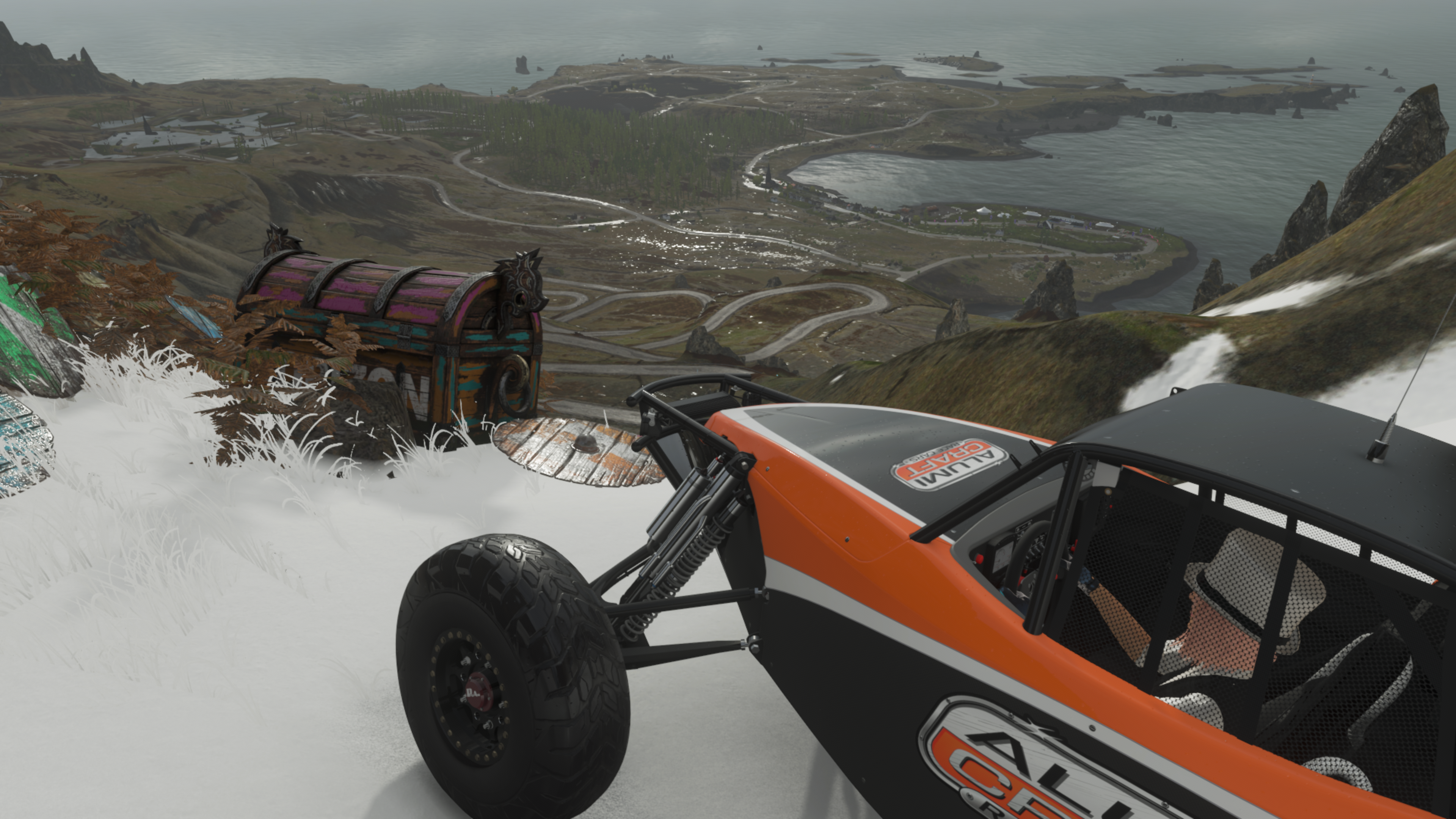 Who leaves a box filled with a million credits sitting on a mountainside?

The Treasure Hunt is a fun activity. Unfortunately it’s also very limited. There are ten chests to find, and players must achieve ranks in the Island Conqueror challenge in order to unlock them.

So there’s a whole lot of racing over same-y terrain in order to earn these short bursts of excitement.

When Microsoft announced the Fortune Island expansion, they said it would be large and treacherous, filled with danger and excitement. So far I’m not feeling it. It’s nice, good for a bit more driving fun, but nothing earth-shattering.

There is hope, however. Fortune Island is subject to Forza Horizon 4‘s changing seasons, so we’re only seeing springtime right now. Imagining clinging to the island’s cliffsides in the driving snow of winter and barreling across hillsides green from the summer sun has my heart pumping.

It’s a bit drab right now, but who knows what the changing seasons will bring?