GTA Online’s latest update, Arena War, added a new deadly reality show to the game, and with it some dangerous new vehicles and game modes. But this latest update is hiding a secret outfit that players have discovered back in their nightclubs. To unlock this secret, players will need to repeat a small action over 500 times.

In the bathroom you can find an attendant, who has been in the game since nightclubs were added in the After Hours update. This character can be tipped, and players who want to get the outfit will have to tip a lot.

The third and final message only appears after players tip 575 times. (This will take most players about 15 minutes to complete.) After 575 tips, players receive the final message, “Bearing The Truth” and are also awarded the robes. GTA Series Videos has a great short video showing how to get the robes and what they look like.

The fact that the outfit is a set of Epsilon robes is notable. The Epsilon Program is the Scientology-inspired cult found in GTA V and GTA San Andreas.

In GTA V, one of the main characters can actually join the cult. The secret messages players receive for tipping the bathroom attendant are the same name as some of the missions players compete for the cult in single-player. Bearing The Truth is a mission where players have to wear the blue robes for 10 in-game days, without changing.

These new robes aren’t the first secret outfit Rockstar has included in GTA Online. A few months back, Rockstar included another easter egg outfit, which was unlocked by drinking a powerful alcoholic beverage, blacking out and then waking up with the shirt.

This was random, and some players had to black out dozens of times before getting lucky and unlocking the easter egg. Interestingly, that secret outfit was also related to the Epsilon cult. It was a blue t-shirt with the word “Kifflom” on it, a word the cult uses often. You even woke up on the Epsilon building when you unlocked it. 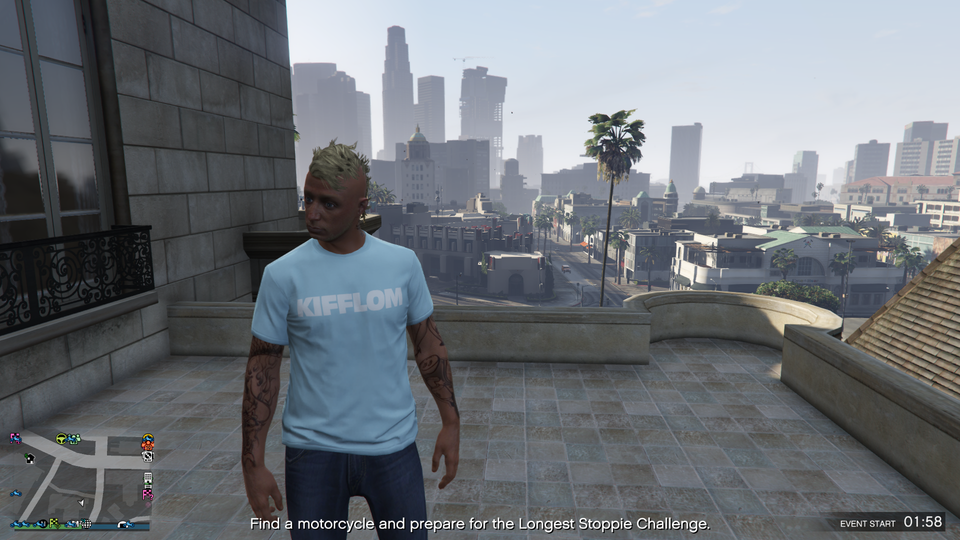 Players are reporting different issues with the robes.

For some, the robes are disappearing when they log out of and log back into GTA Online. Other players can’t get the robe no matter how much the tip the attendant. Maybe this is part of the mystery? Or, more likely, this is a bug that Rockstar will hopefully fix soon.

Will future GTA Online updates add more Epsilon clothing or secrets? Will this ultimately lead to an Epsilon-themed update, something a lot of players have wanted for years? 2019 might be a big year for the Epsilon cult in GTA Online. Kifflom, brother-brother.