musicpianistarhythm gamesswitch
To sign up for our daily newsletter covering the latest news, features and reviews, head HERE. For a running feed of all our stories, follow us on Twitter HERE. Or you can bookmark the Kotaku Australia homepage to visit whenever you need a news fix.

The holiday season is an excellent time to listen to soothing classical music. You know what’s better than listening? Playing it in Pianista for the Nintendo Switch, the classical version of DJMax. It’s like an involuntary music appreciation class.

When I say Pianista: The Legendary Virtuoso is the classical version of DJMax, what I mean is it is exactly DJMax, only instead of licensed tunes it uses royalty-free classical music. Developer Superb Corp, featuring folks who’ve worked on all sorts of music games including DJMax, have gathered 77 songs from 23 legendary composers, translating them into short, tappable tunes.

Notes travel down four or six lane paths, and players must hit the correct buttons as they cross the line at the bottom of the screen. For added fun, two players can each grab a Joy-Con and handle half the on-screen notes. It’s simple, sweet and fun.

One of the best things about rhythm games like this are how deep players can get into the music. The notes coming down the lane are like a map of the song. The greater the difficulty, the more accurate and detailed the map becomes.

Take that formula, usually applied to obscure Asian pop songs, and apply it to some of the most iconic compositions in the history of arranging notes, and you’ve got an outstanding exploration of classical music. 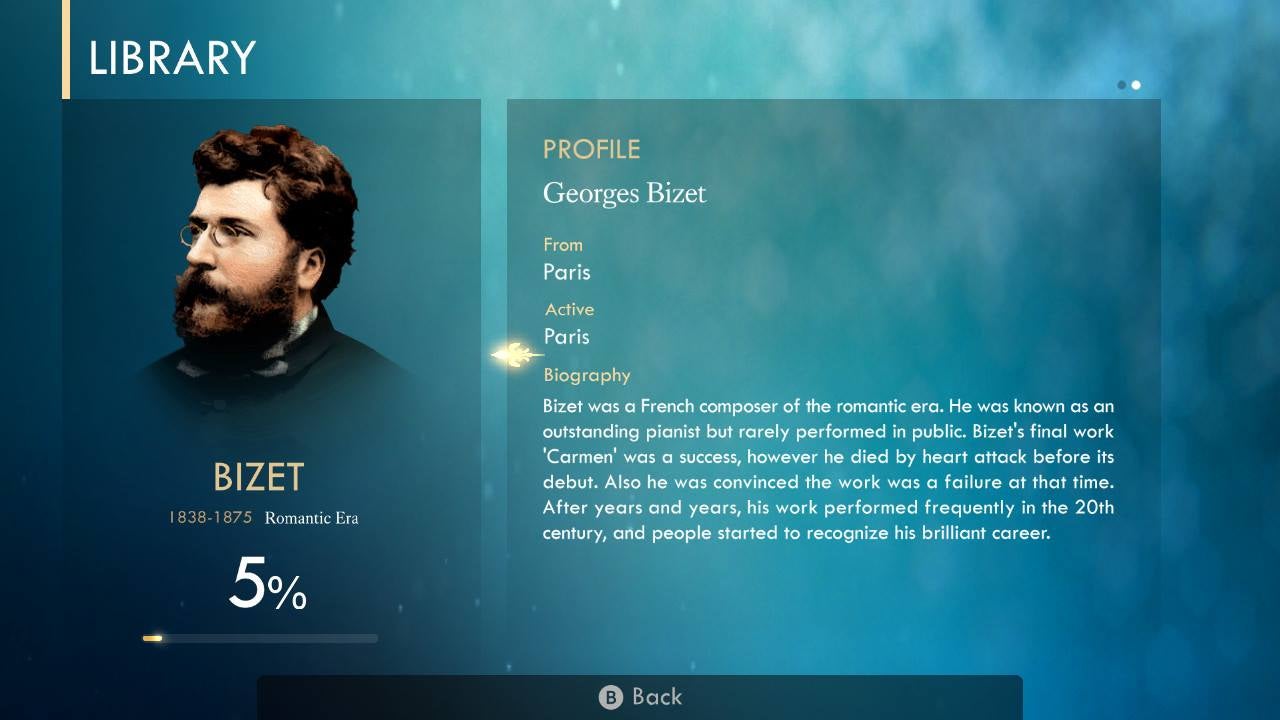 To be able to competently play through a Pianista song on high difficulty, one is forced to hear and appreciate some of the more subtle sounds present in classical tunes. Music I’ve been hearing all of my life gains new layers of complexity as I train my fingers to fly across the Switch buttons.

Here’s a good example. Beethoven’s “Moonlight Sonata (Third Movement)“ is a very complex construction. Notes and changes go by so fast that it’s difficult for the untrained ear to follow. But when the composition is gamified, the player/listener has no choice. It’s either appreciate the music, or fail.

Pianista has given me a new way to appreciate music that’s been playing in the background for most of my life. My attention span is not long enough to sit and listen to classical without doing seven other things at the same time, but the game gives me reason to focus.

I’m hearing grace notes, trills and subtle glissando I’ve never noticed before. Plus, since there are global leaderboards, I can, if I apply myself, become the best classical music DJMax player ever. Hooray!

Pianista: The Legendary Virtuoso is available now on the Nintendo Switch. It’s marvellous. 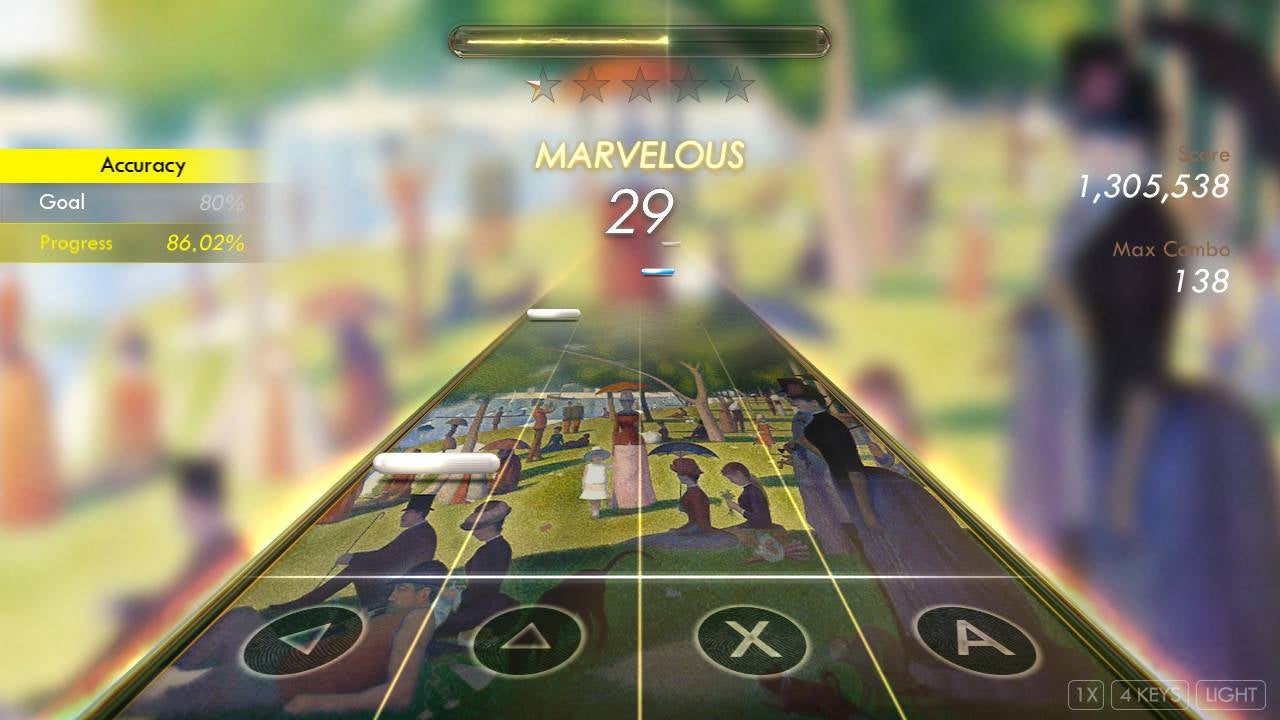