I’ve been leisurely playing through my copy of Kingdom Hearts II on the PS4 the past week, and while playing the other day I was struck by an odd thought: “This is just like Twin Peaks.” I immediately took to Twitter, and I was instantly goaded into writing about this thought. So here we are.

Look, I don’t know how the hell to do this without spoiling both Kingdom Hearts and Twin Peaks, so if you care about that maybe go spend your time doing something else today.

I don’t think that Kingdom Hearts and Twin Peaks are mirrors to one another. I’m not spinning some weird theory about how Sheriff Harry S. Truman disappeared from the third season of Twin Peaks because he got ‘Norted. Instead, I think they are similar because of the way that they tell their story and how they expect their audience to interact with them.

Twin Peaks is kind of a sprawling story. There are two television seasons, a film, three books, some Japanese commercials, and a massive third season that’s almost as complicated as the rest of it combined. Similarly, Kingdom Hearts is comprised of at least eight games (depending on how you count some additional content) in wildly different genres, manga, novels, a card game, and probably some other things I don’t know about.

They have some obvious similarities in how they’re plotted and how their worlds function. Both are about big, giant conspiracies. Both make sure that the audience is given information bit by bit which is then contextualized later. Both follow a plucky hero but are unafraid to leave that hero’s journey for hours at a time. Sometimes that hero is frozen in time and space, recovering from something horrible that happened. And, finally, both have a robust cast of side characters who all have their own perspective on the plot and seem to know way more about the world than the audience does. In both franchises, this is often frustrating.

Those are all story similarities, though, and although we can play a fun game of matching (Riku is really a lot like Albert when you think about it), I am much more interested in how they share a method, and an ethic, of storytelling. 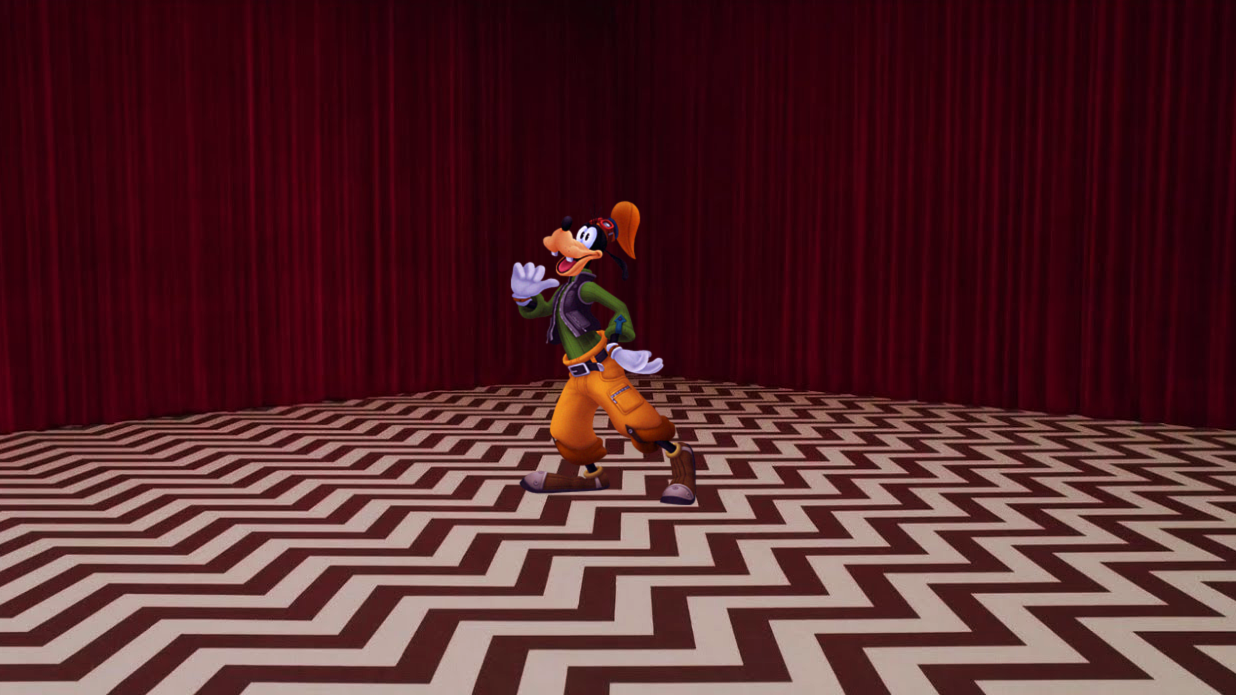 These two series have grand narratives that are spread out over many different individual works. Both are transmedia experiences, and that means that you have to really dive in and get serious if you want to understand every single plot point. When I say that these two franchises share an expectation of an audience, this is what I mean: both Twin Peaks and Kingdom Hearts thrive off of viewers and players who are invested enough to grasp the entirety of their narrative.

It’s no mistake that both have detractors who absolutely will not shut up about how confusing, and therefore bad, these things are. These people apparently look at the absolute wall of knowledge that these series require, and they puzzle at why anyone would give it the time of day. And, you know, they’re not wrong. It takes a lot of time and energy to figure out how exactly David Bowie turned into a giant steaming teapot. Similarly, if you’re invested in the plot of Kingdom Hearts, you have to do a lot of tracking of humans, Heartless, and Nobodies, all of which can be the same person somehow.

But what I love about both Twin Peaks and Kingdom Hearts is that they simply trust me with that massive amount of knowledge. They both know that if given enough time and enough purposeful clues that people will figure these things out of their own accord. They give you something big, and how you interact with that bigness is up to you.

Kingdom Hearts produces a big, weird conspiracy that shoots through Organisation XIII and Ansem and Xenmas and literally Mickey Mouse wielding two ornate swords. If I want to figure out how all of that goes together, I can totally do that. If I want to just follow the emotional arc of Sora and his buddies as they happen to intersect with all of that strangeness, I can do that too.

Twin Peaks has a massive story about the development of nuclear weapons, government cover ups of secret mystical creatures, time travel, and the unyielding spirit of sacrificial innocence in a universe of violence. It also has a fun plot about a man who loves coffee and is trapped inside an alternate reality for more than two decades while an evil clone is out causing chaos in the world. These things are connected, of course, but if you wanted to watch Twin Peaks and think of it solely as the latter story with a few zany weird things in there, no one is stopping you. You can still have a great time.

What I appreciate so much about the relationship to their audience that is shared by Twin Peaks and Kingdom Hearts is that they are willing to trust their audience to exercise judgment. There are plot threads, and those plot threads have linkages, but part of the fun of these franchises is doing a little bit of the unlocking yourself. These texts are fundamentally open for interpretation at certain points, and there’s a thrill of taking in all of that information and coming to a conclusion that you’re happy with. 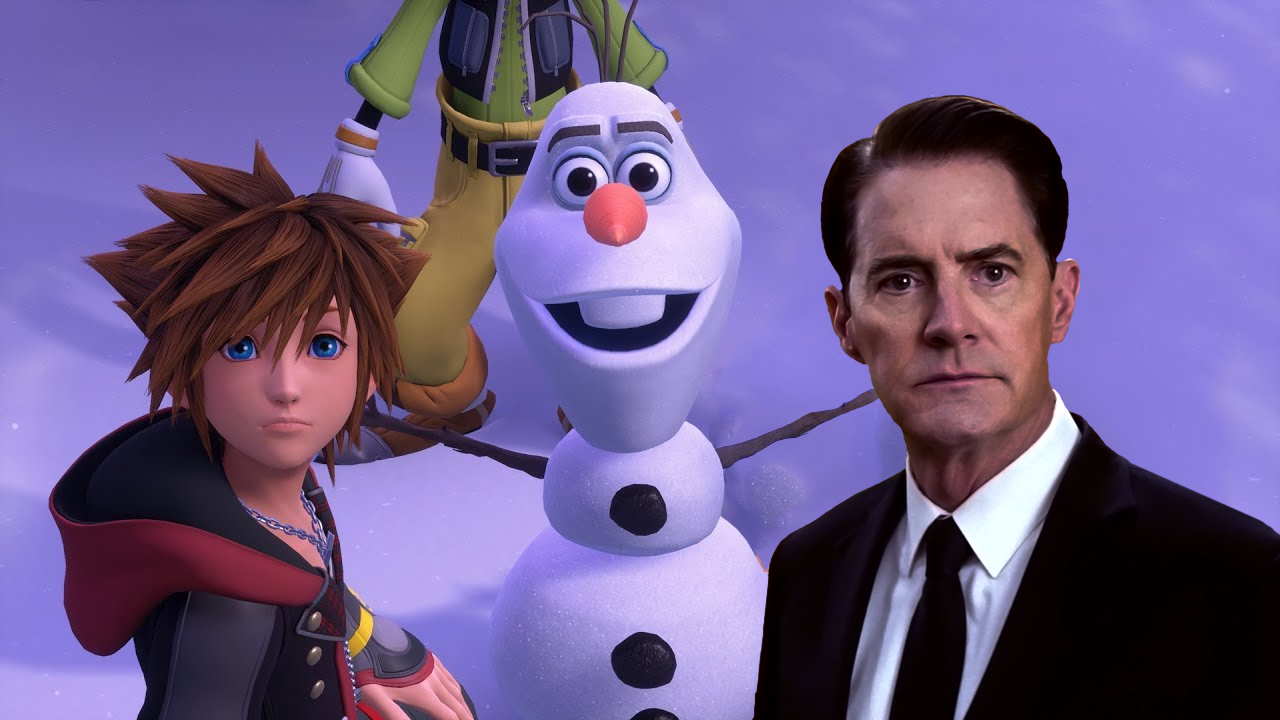 Of course, not all people like this. Some want their media objects to explain what they mean in no uncertain terms. Others might want to nail down a plot themselves, accepting no other interpretations and creating elaborate fan theory videos to ground their case. That’s OK! There’s many different ways to enjoy the wide range of things you can play, see, and experience in this wide world. However, it seems to me that policing the boundaries in this way is just antithetical to the joy of interpretation in franchises that clearly want you to be exercising those muscles.

It’s my hope that Kingdom Hearts III provides closure on that series in the way that the last episode of the third season of Twin Peaks did: providing us with some answers, but not ones that sit very well. Dale Cooper’s “what year is this?” is one of the greatest lines of television history, loaded with ambiguity, and I need something like that from Kingdom Hearts.

I’m looking for a moment in which Sora, standing with Kairi and Riku, notices something amiss on the island. He looks offscreen, smiles, and the game cuts to the credits. That would be the kind of moment that would truly unify the missions of these works, and I would give anything to see it happen.

Both Kingdom Hearts and Twin Peaks trickle out important information over long periods of time, and with the release of Kingdom Hearts III I will begin looking forward to another decade of speculation about what’s happening here. Maybe they’ve realised some shared affinities and will fully commit.