The Fantastic Four might have only just recently come back to the Marvel Universe — but that’s not going to stop Marvel Comics from getting its fans riled up about some plans to change everything we knew about how the First Family came together.

Not much is known so far, other than a cryptic teaser poster released by Marvel today—promising that in 2019’s blockbuster summer event, “Marvel History is destroyed.” Because, really, is it a Big Two summer comics event if one or more realities aren’t threatened with impending cataclysm? Or if things aren’t declared to be never the same again!? 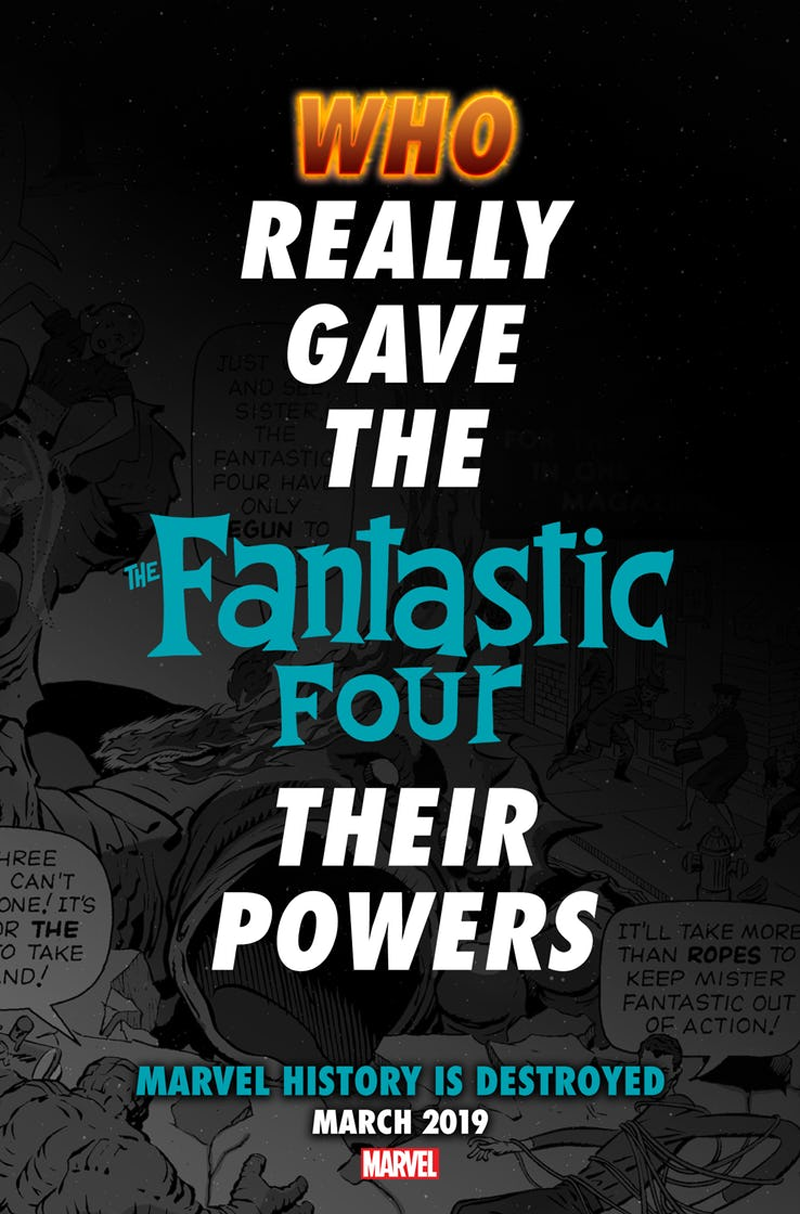 Part of that destruction, apparently, will be a revelation that it was not being doused with cosmic rays during that fateful spaceflight that saw the family transformed into one of the most beloved superteams of all time — and that it’s not even a case of what did, now, but who.

So who could be behind the reality-altering shenanigans? Is it a tweaking of current reality into a new shape, or something more inline with a refinement of nearly 60 years of continuity, akin to Secret Wars’ quasi-reboot? Are the First Family the only heroes that’ll be affected, or can we expect more of Marvel’s oldest and most iconic stars to find their pasts changed? And, really: Will things ever be the same again!?

We’ll have to wait and see. For now, Marvel’s not saying much other than whatever’s happening, it’s all kicking off in March 2019.