Monster Boy And The Cursed Kingdom: The Kotaku Review

I spent an hour and a half tackling a single platforming sequence in Monster Boy and the Cursed Kingdom. Not an entire level or area. Just a short series of perilous jumps that I couldn’t quite get my head around. I loved every teeth-gritting, cursing-under-my-breath moment.

Monster Boy and the Cursed Kingdom is a spiritual successor to the classic Wonder Boy/Monster World series. Players take on the role of Jin, a young boy who must stop his Uncle Nabu from using his magic to transform the kingdom’s inhabitants into animals. Fighting magic with magic, Jin travels the land in search of relics that grant him new forms with special abilities to help him in his quest.

Forms like the pig, with a snout capable of sniffling out hidden secrets and the ability to wield destructive magic. Or the diminutive snake, crawling through small passageways, clinging to walls and spitting poison. Eventually Jin earns the ability to transform into a frog warrior complete with upgradeable equipment, and we’ve got a full-blown action RPG on our hands.

Each new form brings with it new ways to navigate the sprawling game world. Snake form uses size to its advantage, going where its larger counterparts can’t. Frog uses his sticky tongue as a grappling hook to swing and propel himself into the sky. And then there’s the lion, with the ability to charge across platforms and through obstacles. Which brings us back to the sequence I was talking about back in the opening paragraph.

I had just reached an area of the game featuring cloud platforms. Before I could traverse those, I had to find a pair of lighter-than air boots, a task which required another fretful platforming sequence. By donning the boots, I was able to move on to the next area, which started off another series of cloud platforms, leading to a jump through a spike-laden passage. 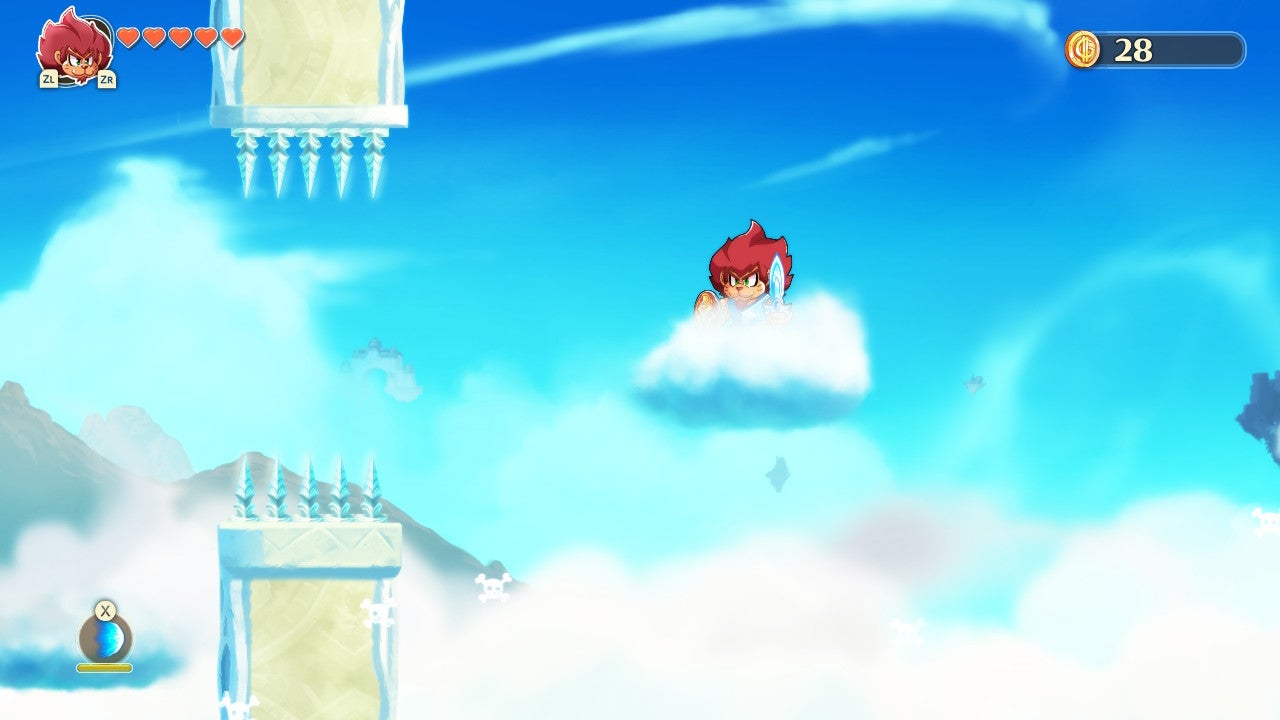 I tried double-jumping (thanks, lighter-than-air boots) through the spiked passage. On some attempts I would make it through unscathed, but most of the time I landed on the spikes, losing most of my heath. Immediately following the spikes is a tricky jump to a moving platform, followed more spikes to leap. If the first set of spikes didn’t get me, the second would. Or I’d miss the moving platform. Past those is a bit requiring Jin transform into snake form to crawl. Forgetting snakes can’t wear boots, I plunged through a cloud to my death.

I went on like that for an hour and a half. Progress. Die. Get a little further, miss a jump. Die. Eventually I realised I could use the lion’s charge to pass the first set of spikes, and I started getting further. When I finally made it to the next save point, I cheered. “You made it?” my wife asked. I didn’t even realise she was watching. 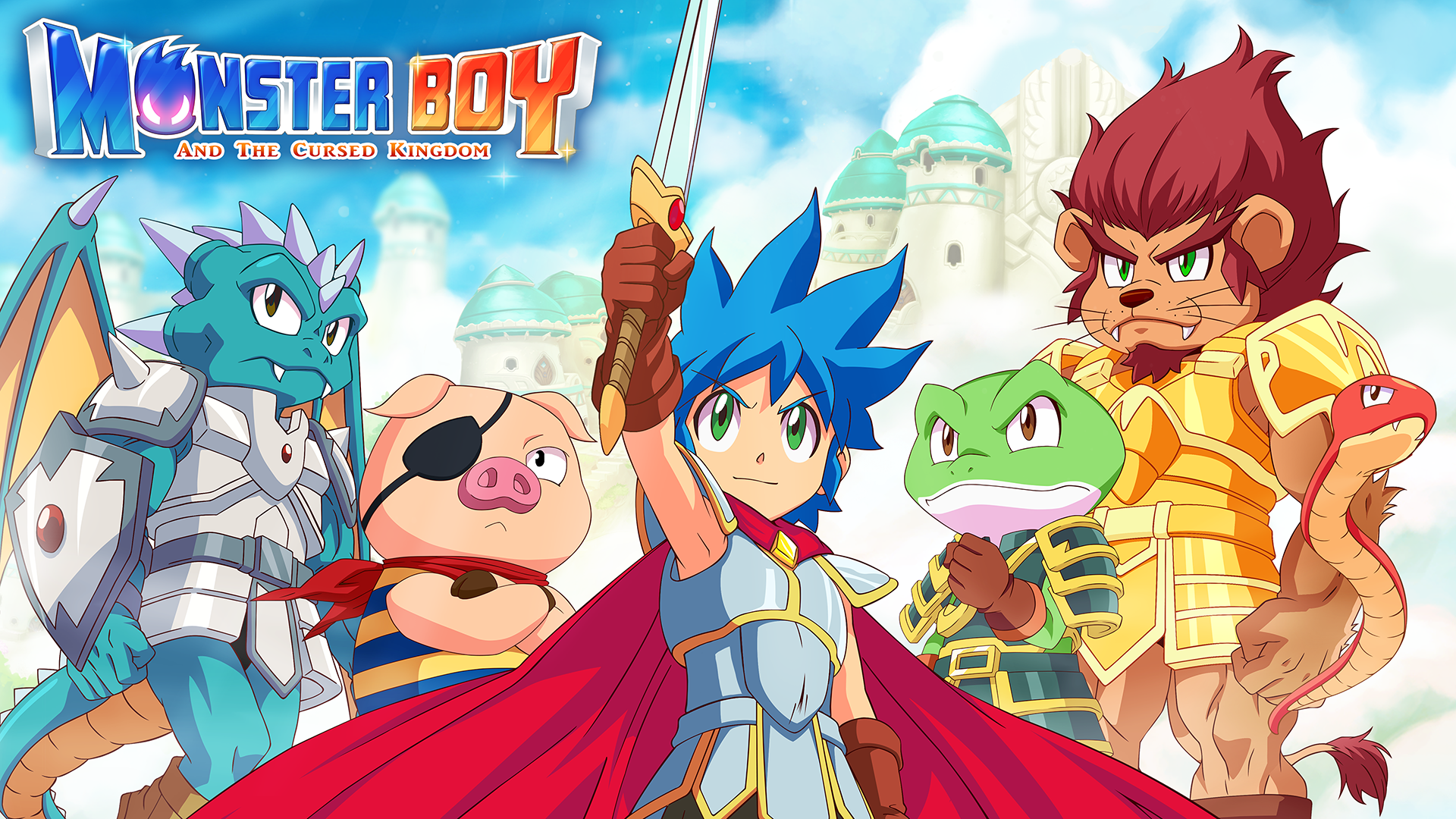 Monster Boy And The Cursed Kingdom

BACK OF BOX QUOTE

RPG, Because Jason Said So

When the jerk developers toss in an extra grapple point to fake players out.

10-12 hours of platforming RPG action, some of those hours spent recklessly charging the same area over and over again. Still got a bit to finish.

But yes, I made it, and the sense of accomplishment was strong. Monster Boy and the Cursed Kingdom is a game that does not shy away from challenge. Some Metroidvania-style games get easier the more abilities the player unlocks, but Monster Boy takes the opposite approach. When Jin gets a new ability, marathon platforming sequences get even more complex. Charging in lion form through a level while deadly lava rises, transforming into snake to navigate a small maze of passages before changing to frog for a precision tongue-swinging sequence — it’s a rush. It’s good to play a game that gets harder the further you get.

There’s also a lot of death, and a lot of starting over from the beginning of a lengthy routine. The cycle would be frustrating if the game’s precision controls didn’t impart such a sense of confidence. From the opening moments of the game, when Jin is just a boy with a sword, to deep into the thick of it, stringing together special moves and rapidly changing forms, movement is tactile and intuitive. Even after dying two dozen times, I still felt like no challenge was insurmountable. 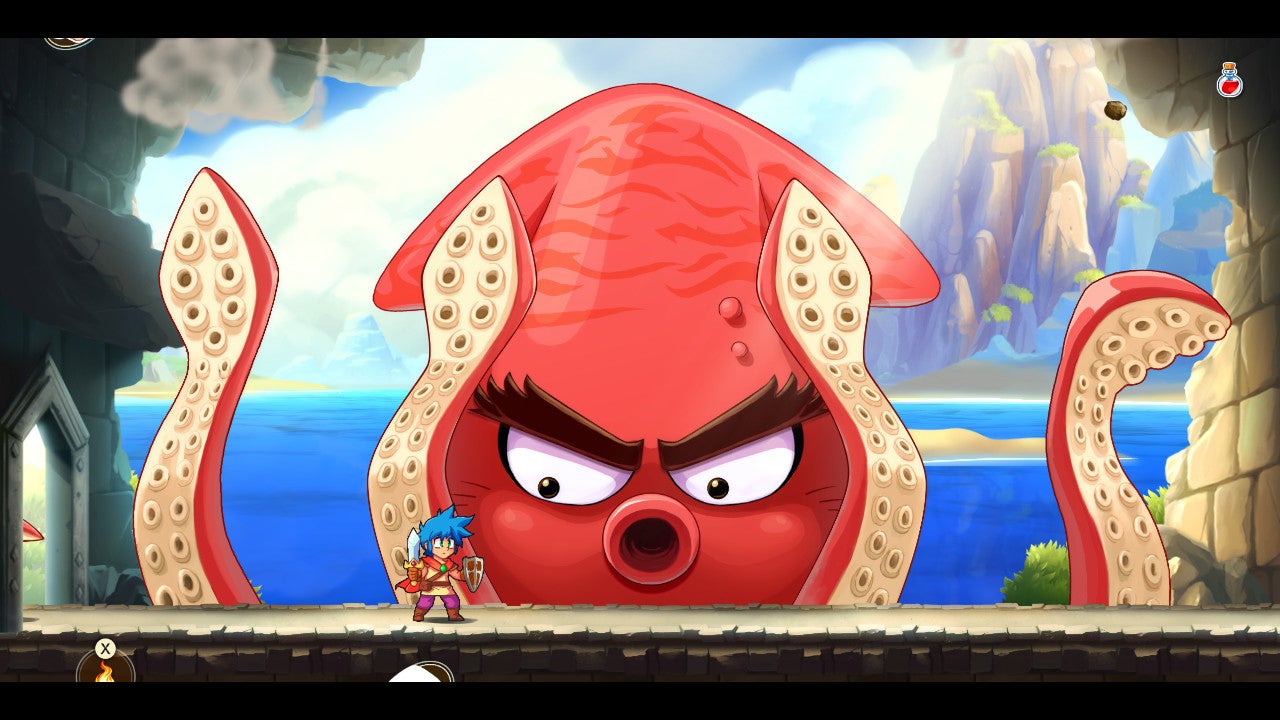 Monster Boy and the Cursed Kingdom is more than frantic platforming action. There’s plenty of slow-paced exploration to do as Jin navigates hidden temples, dense forests, frozen caverns and other suitable adventuring areas. Killing monsters to earn coins used to purchase and upgrade equipment plays a big role in the game. Non-player characters occasionally impose upon our hero to complete tasks or search for hidden treasures. There’s even a hub city where Jin can hang out and recharge between adventures.

And if you really want to relax, try one of Monster Boy and the Cursed Kingdom’s many boss battles. Almost always situated near a save point and a shop to replenish health and magic, bosses in the game are pushovers, quickly falling to Jin’s magical and physical prowess. Considering how much effort it takes to get to many of the game’s bosses, these fights are downright tranquil.

So the boss fights are easy. That leaves me more time to appreciate the beautiful hand-drawn sprites developer Game Atelier has crafted. Monster Boy is a crisp, gorgeous take on the art style of the original Wonder Boy series. It’s not quite as striking as the painted look developer Lizardcube created for last year’s remake of Wonder Boy III: The Dragon’s Trap, but it’s got an attitude I enjoy. Especially the pig. Pig’s got sass.

Having played both Monster Boy and the Cursed Kingdom and Wonder Boy: The Dragon’s Trap, I find there’s an interesting contrast between the two games. The Dragon’s Trap is a remake of a 1989 Sega Master System game, so while it is slightly prettier, the graphics are cosmetics applied to gameplay that’s nearly three decades old.

Monster Boy and the Cursed Kingdom is a spiritual successor that draws inspiration from Wonder Boy III, modernising the formula that made the original game such a classic. The action is faster, the controls more responsive, the visuals are sharper and the music is more full and lush. It improves on the original in every way. It’s even a little more sadistic. 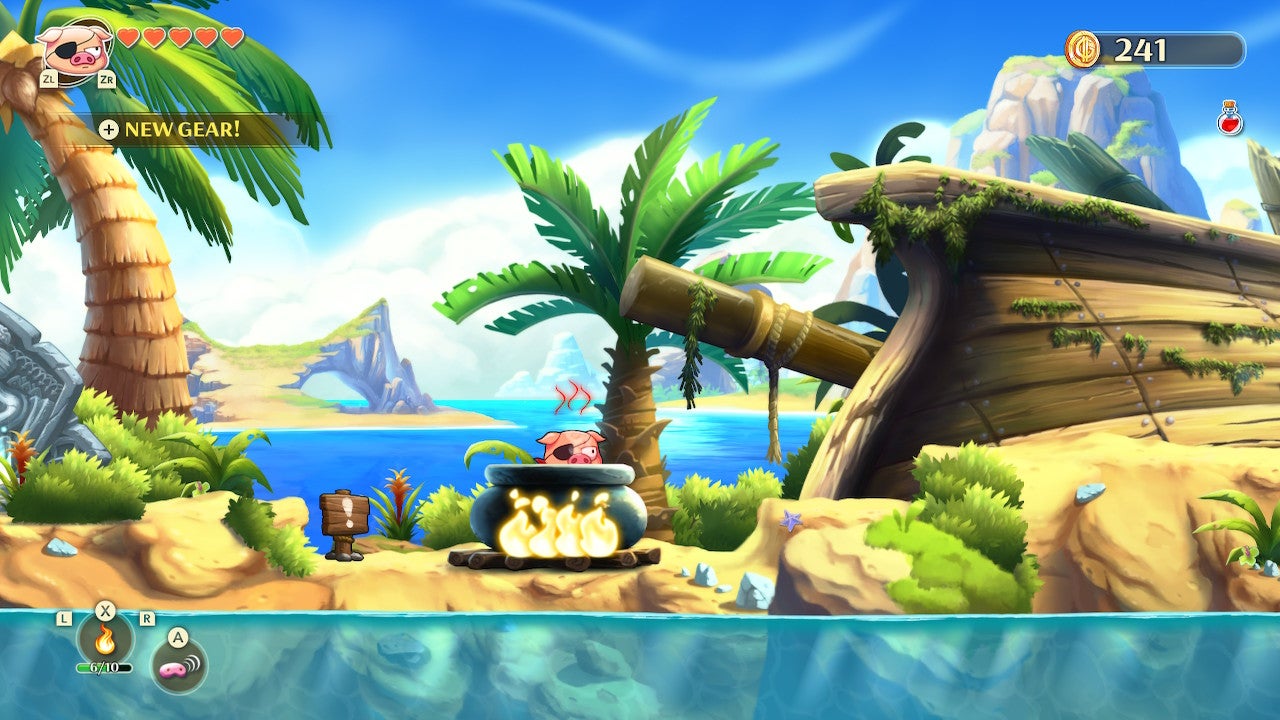