Having recently acquired a Playstation 4 Pro, I sat down to decide what game I would play with its graphical boosts. After some consideration, I opted for Final Fantasy XV. I played it when it first came out and enjoyed it a lot. But the game’s grown since then, with DLC campaigns, expanded story sequences, and side events.

Which left me with another decision: do I leap right into the new stuff or come across it naturally throughout the story?

Final Fantasy XV is a smart game, but it shipped with a lot of rough spots. A ten year long development cycle with multiple directors didn’t help, even if eventual project leader Hajime Tabata did a decent job righting the ship. At launch, though, the game had some strange problems.

An entire late-game chapter was so laborious that it later got altered in a patch; in its first iteration, major plot beats seemed to be missing, and there were clear gaps left in places where DLC content was later meant to fit.

Since I last played, Final Fantasy XV has changed. Each party member has their own little story segments in which they go on solo adventures, and the Royal Edition expansion adds new dungeons and revamps the ending.

There’s a photo mode, the ability to swap party members in combat, and more. Jumping back into the game, I felt excited but also torn. I could leap to a lot of this new content via chapter select or side menus, but would that feel right?

Narrative consistency means a lot to me. I tend to place a premium on analysing story beats and structure. I have bones to pick with FFXV’s gameplay, but when it clicks, it clicks hard. The larger issue for me was always the story, and specifically, the way the game used to fall apart in the fifth act. I felt an intense temptation to see all the fixes to this part of the game, but I got the sense that rushing to that part wouldn’t make for as clean of a storytelling experience.

As much as I’m eager to see what Prompto, Ignis, and even Gladio were up to throughout the story, leapfrogging from moment to moment seemed a recipe for a janky and disjointed replay.

Maybe I could have gotten away with checking out side events like the Final Fantasy XIV crossover event at my leisure, but something felt wrong about that. I decided to truly replay all of the story to see how everything fits. 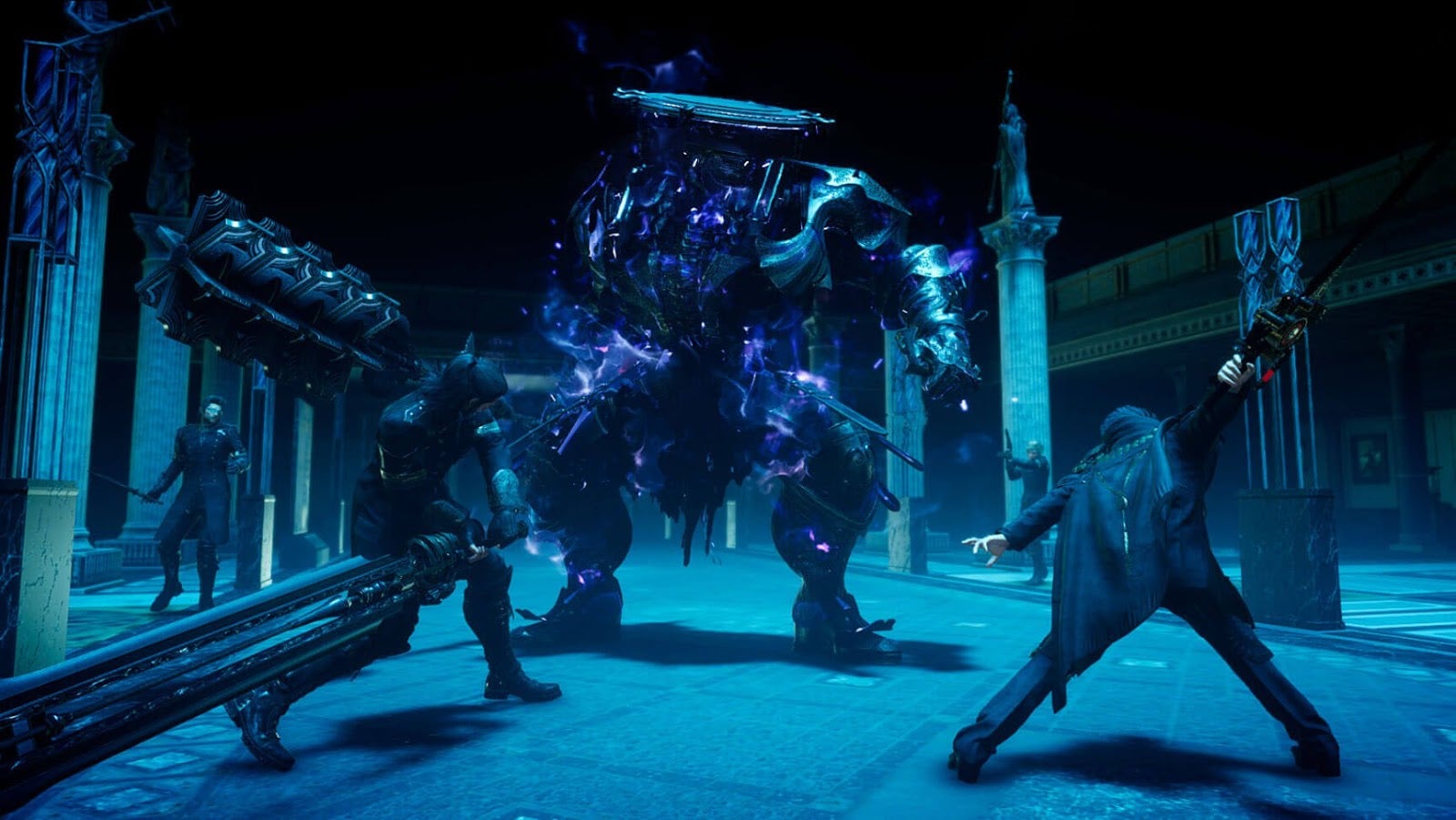 The Royal Edition added tough new boss fights to the end of the game.

In an ideal world, I might have waited until canceled in the wake of Tabata leaving the project.

But I am not a time traveller or alternate universe hopper, so I must re-examine this game in its current form. For me, that means replaying the entire story in order and making a better narrative than was originally there.

I’ve already started up a New Game Plus, which keeps my character’s boosted stats and makes progress faster. It keeps the pace brisk and allows me to swap out to DLC missions when the proper time arrives.

I’m excited to see how Final Fantasy XV has matured. I like this game, even its messier debut version, and now I want to give it a second chance. By weaving the new content with the old, I hope I find a marvellous new tapestry to admire.