Nier Automata’s 2B Is Too Good For SoulCalibur VI

When SoulCalibur VI launched with The Witcher’s Geralt as a playable character, I was like, “OK, that makes sense. He’ll fit in.”

This week Bandai Namco added Nier Automata’s android protagonist 2B to the mix, and well, I feel bad for the rest of the roster. She’s too much for them.

It’s not YoRHa No. 2 Type B’s fault. She was designed and built to be an attractive addition to any combat team line-up, post-apocalyptic future or ancient past.

It’s just that, compared to the rest of SoulCalibur VI’s roster, she’s a tad bit overpowered. 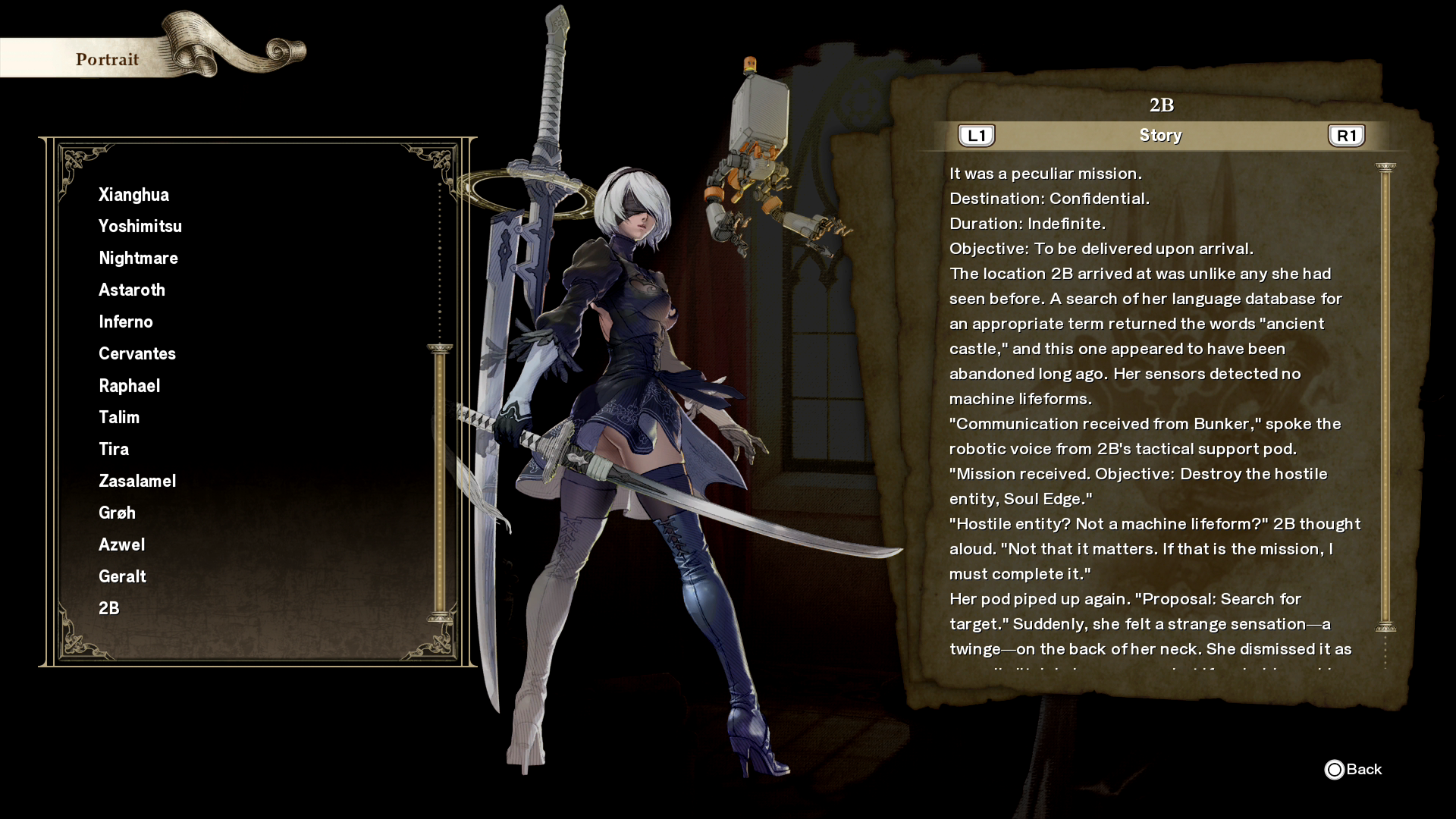 They’ve got swords. She’s got two swords, each with different attack styles. She’s also got fist weapons, used to batter opponents with a barrage of up-close punches. She kicks, and since her feet are made of metal and synthetic flesh, I’m counting them as weapons as well. 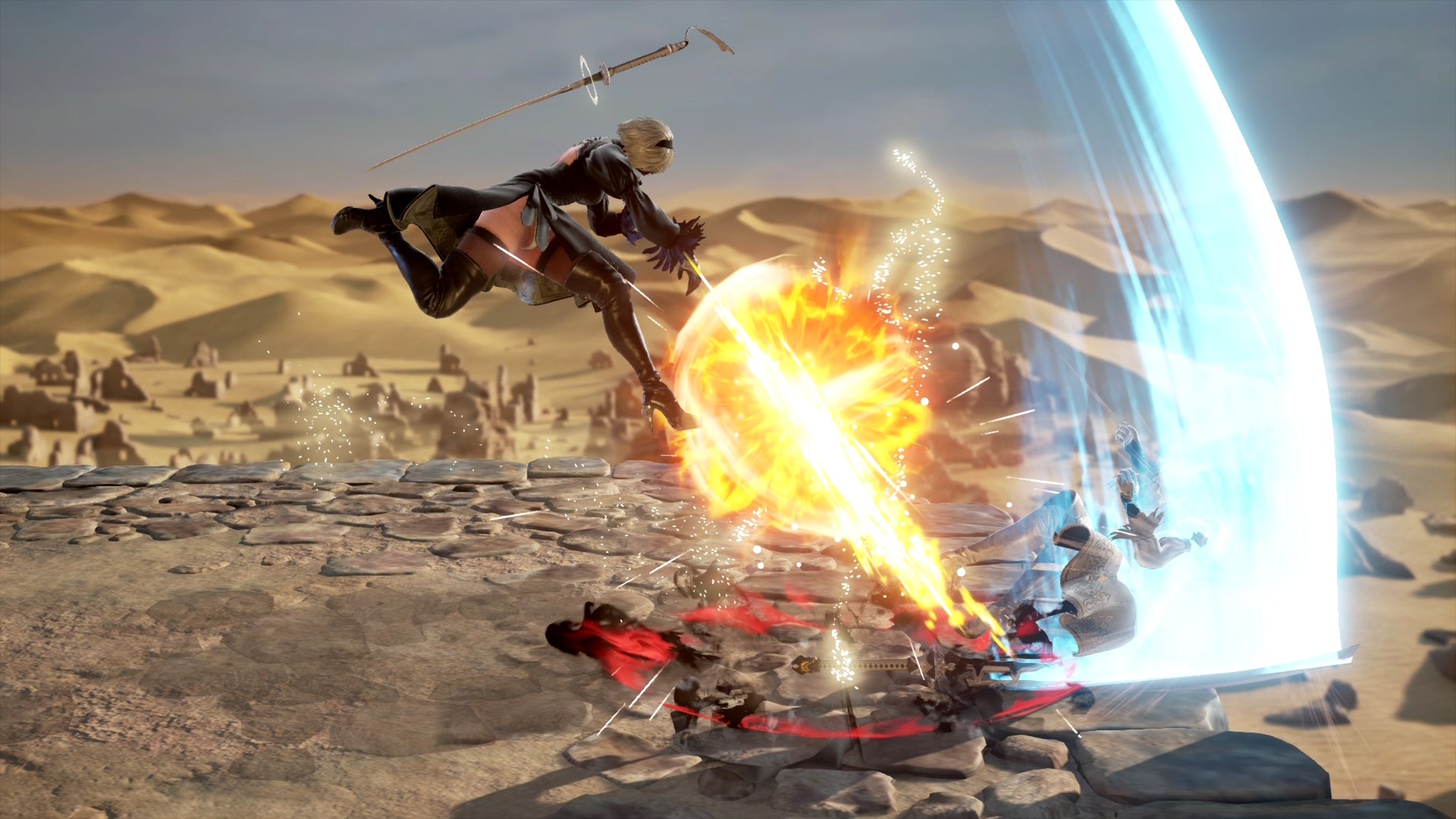 What the hell is she doing to that poor doppelganger?

Plenty of SoulCalibur characters have weapons analogous to those portions of 2B’s arsenal, but none of them have Pod 042, her tactical support unit.

What’s a ancient fantasy warrior supposed to do when a flying robot starts firing lasers or impaling them on hard-light blades? Die, I guess. That sounds about right.

Not only does 2B bring her particular brand of badassery to the SoulCalibur VI mix, she also brings a slice of apocalyptic heaven. Her City Ruins: Eternal Apocalypse stage is packed with the sort of technology that would give Cervantes and crew heart attacks.

Geralt: *stares at the giant lumbering android in the distance, gibbering like an idiot* 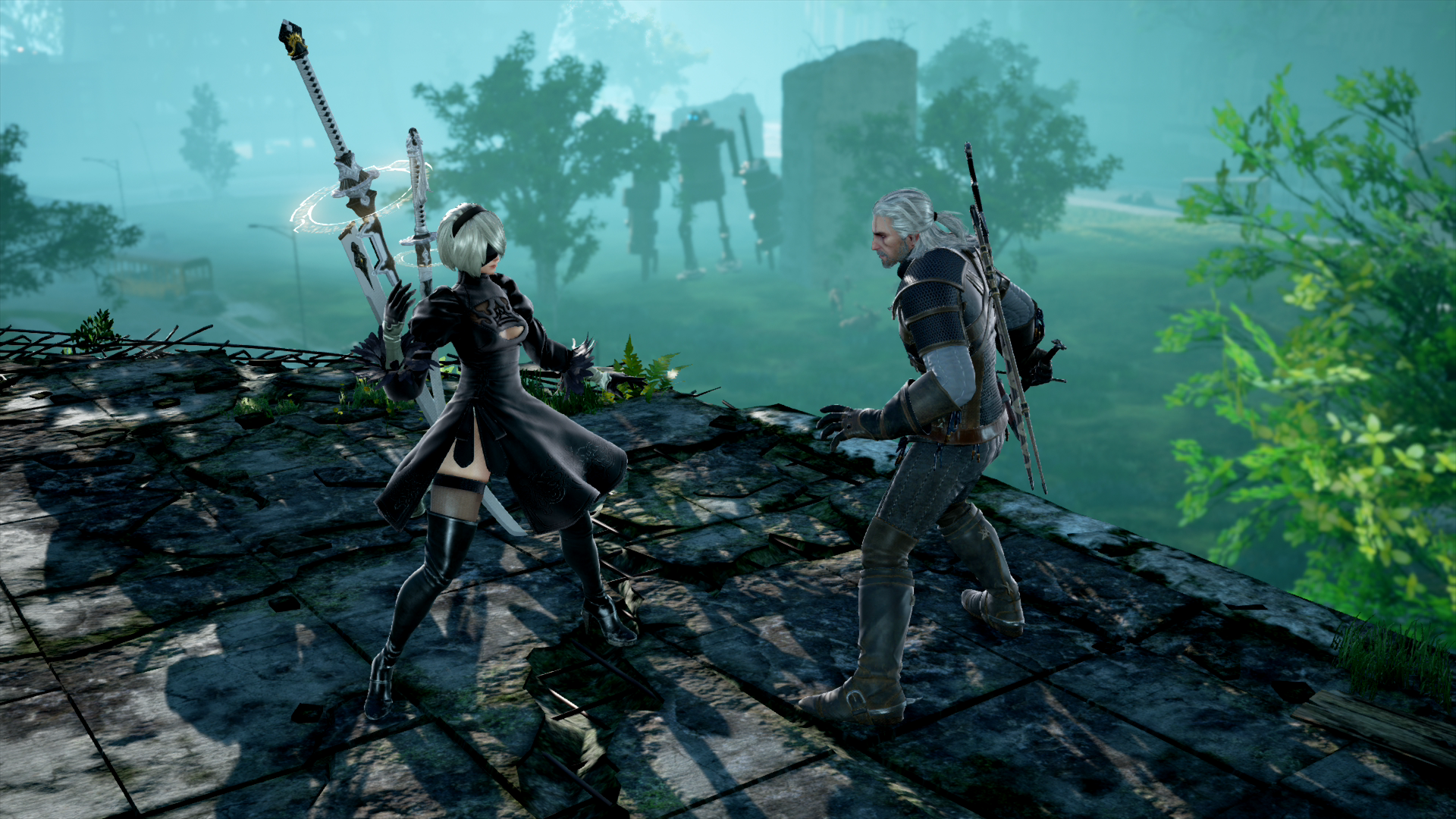 It’s a beautifully constructed stage, filled with little nods to players of Yoko Taro’s masterpiece. For instance, not that she needs him, but what’s 2B without her partner, 9S? 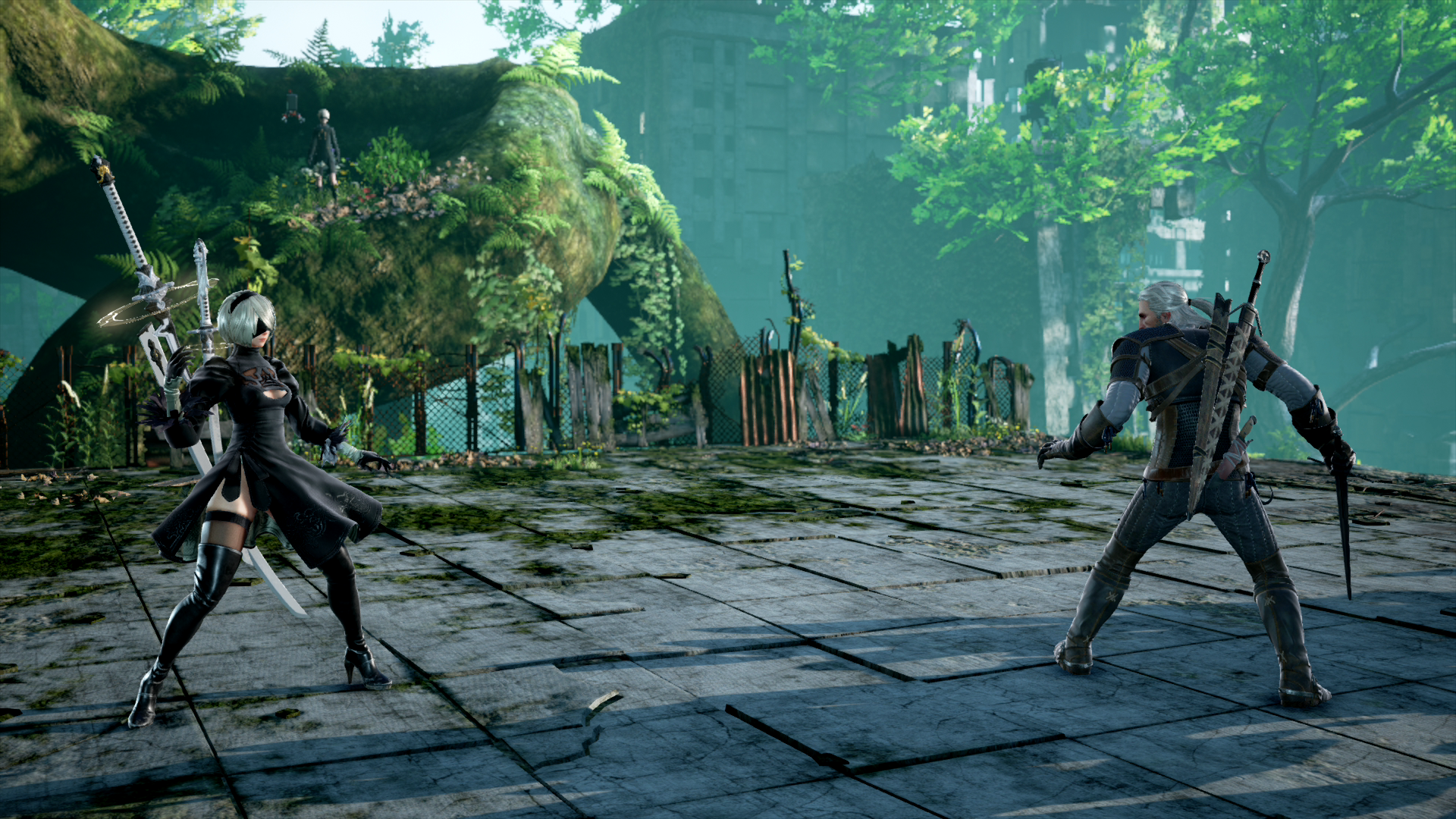 He’s in the tree you guys.

And of course there are the most charismatic characters from Nier Automata, those loveable, huggable robot buddies. When I play 2B on her stage, it’s like SoulCalbur VI is transformed into a much more interesting game. I love SoulCalibur VI, but 2B upgrades it to a whole new calibre of…look, the pun isn’t working. You get the point.

Joking aside, 2B is a fine addition to SoulCalibur VI’s roster. Honestly, she’d be a fine addition to any game’s roster. Pokemon, Smash Bros., Madden—all games could benefit from some Nier Automata loving. She just feels a little bit overpowered here. It might be the love talking. Ultimately, I’d rather have 2B than not 2B.

And hell, she’s just one character. It’s not like her inclusion is going to spawn an endless army of 2B-style fighters. Ha ha ha, that would be silly.