year in review
Facebook may have decided that you shouldn’t see the news, but we think you deserve to be in the know with Kotaku Australia’s reporting. To sign up for our daily newsletter covering the latest news, features and reviews, head HERE. For a running feed of all our stories, follow us on Twitter HERE. Or you can bookmark the Kotaku Australia homepage to visit whenever you need a news fix.

2018’s games have blindsided me in many different ways, but one thing remains true: video games are straight up digital magic. Whether they make me emotional, sit on the edge of my seat or zone out for hours on end, I still feel that same wonder wash over my brain. Here are my top 10 favourite games of the year. 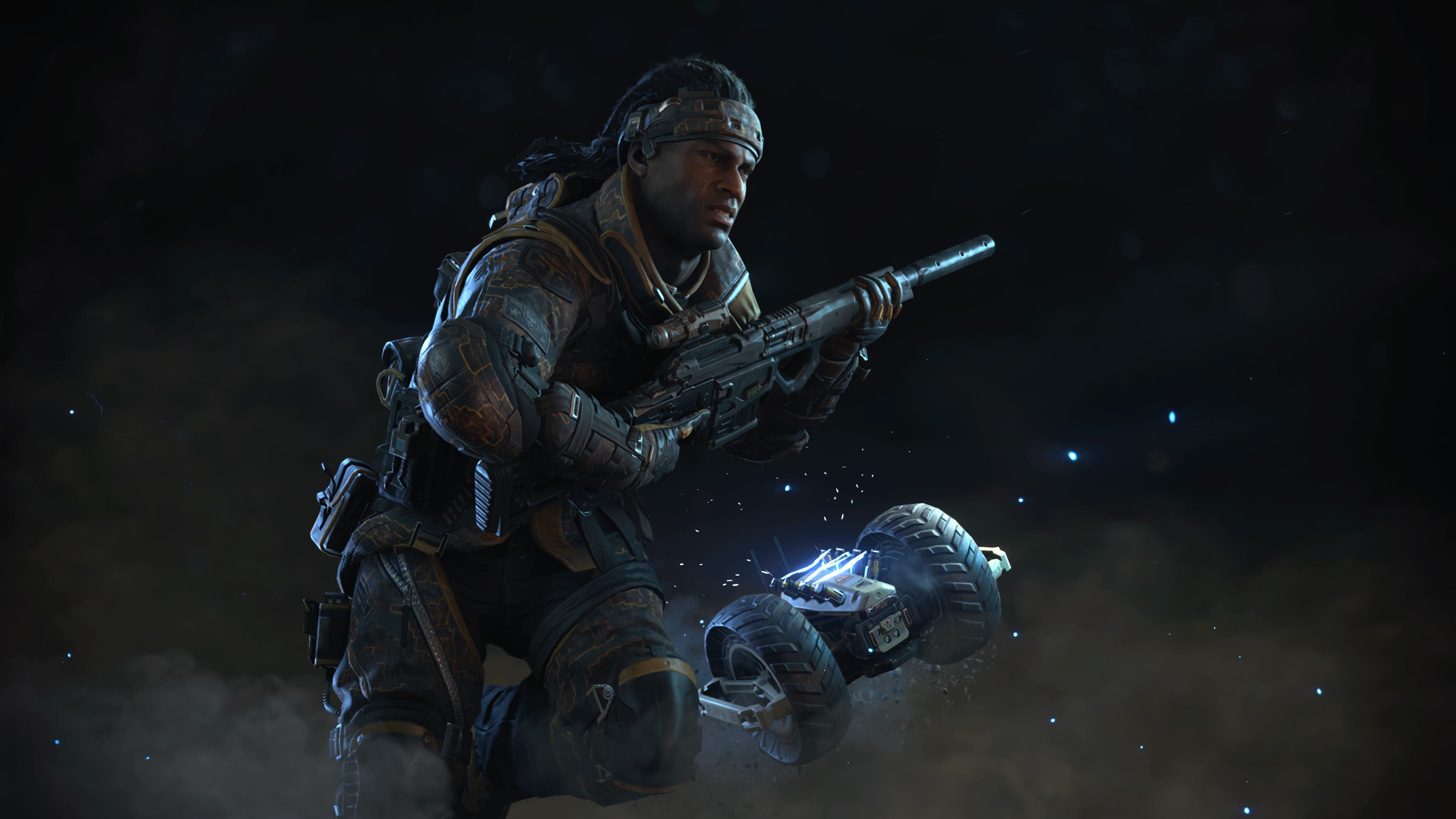 I tend to be more of a Battlefield person, so I was surprised that BLOPS4 took up more of my time this year than Battlefield V. I spent a decent amount of time in the standard multiplayer modes, but for me, Blackout is where it’s at. The fast-paced fight to the death filled with fun perks, vehicles, and gadgets that made it feel unique. Plus, there’s no building. It reminded me of the methodical strategy of PlayerUnknown’s Battlegrounds but with that slick Call of Duty polish. 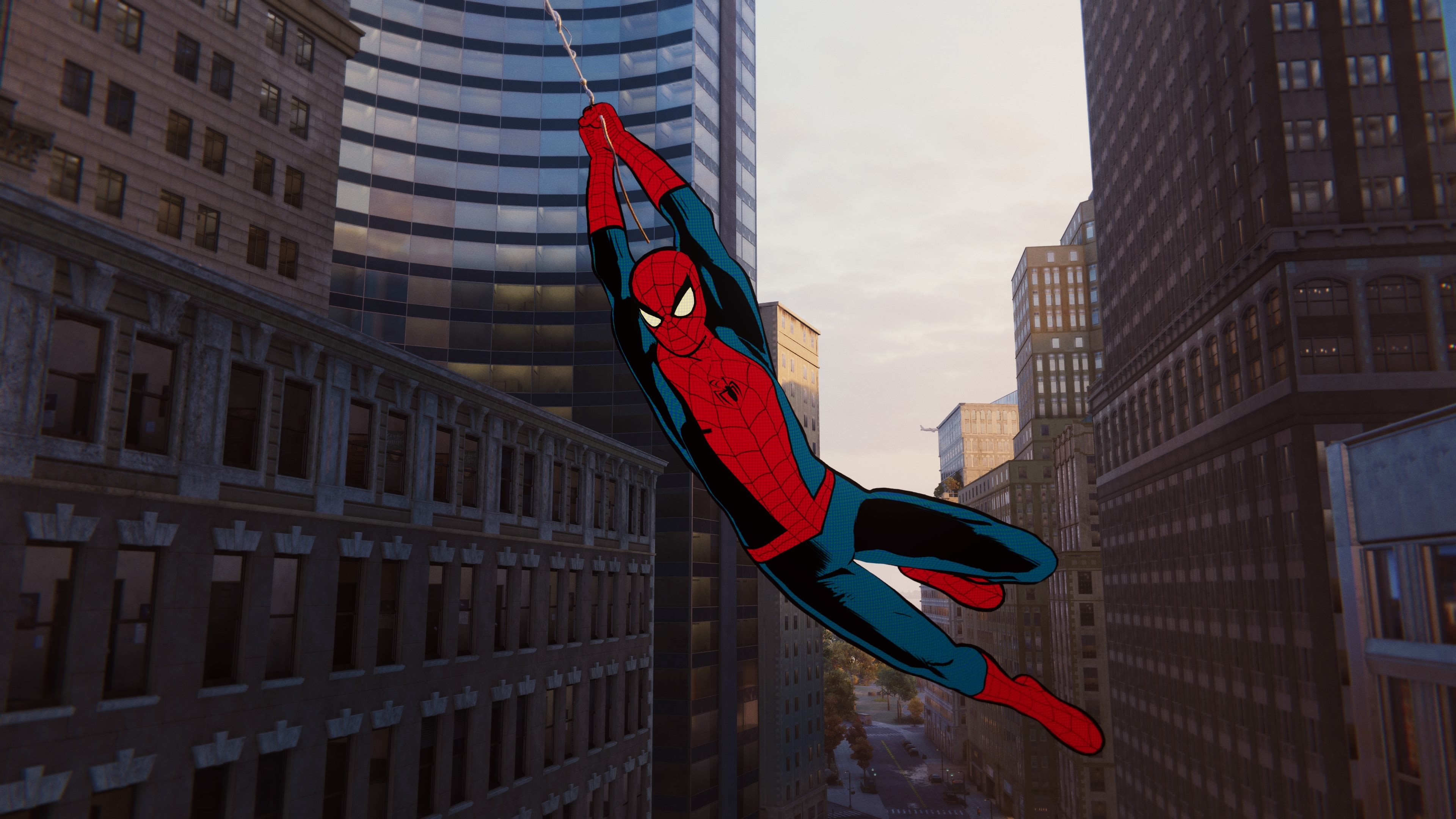 This lovingly-made Spidey mixtape was the first game in ages I can remember completing 100%. Sure, it’s a pretty standard open world game full of a million collectibles and sequences with quick time events, but it features my personal favourite superhero, who is so much fun just to move around with that the repetition feels like an excuse to rehearse a new routine you’ve been working on. While some aspects felt a bit out of touch and hard to ignore in 2018, it also had a story that felt both familiar and new at the same time. 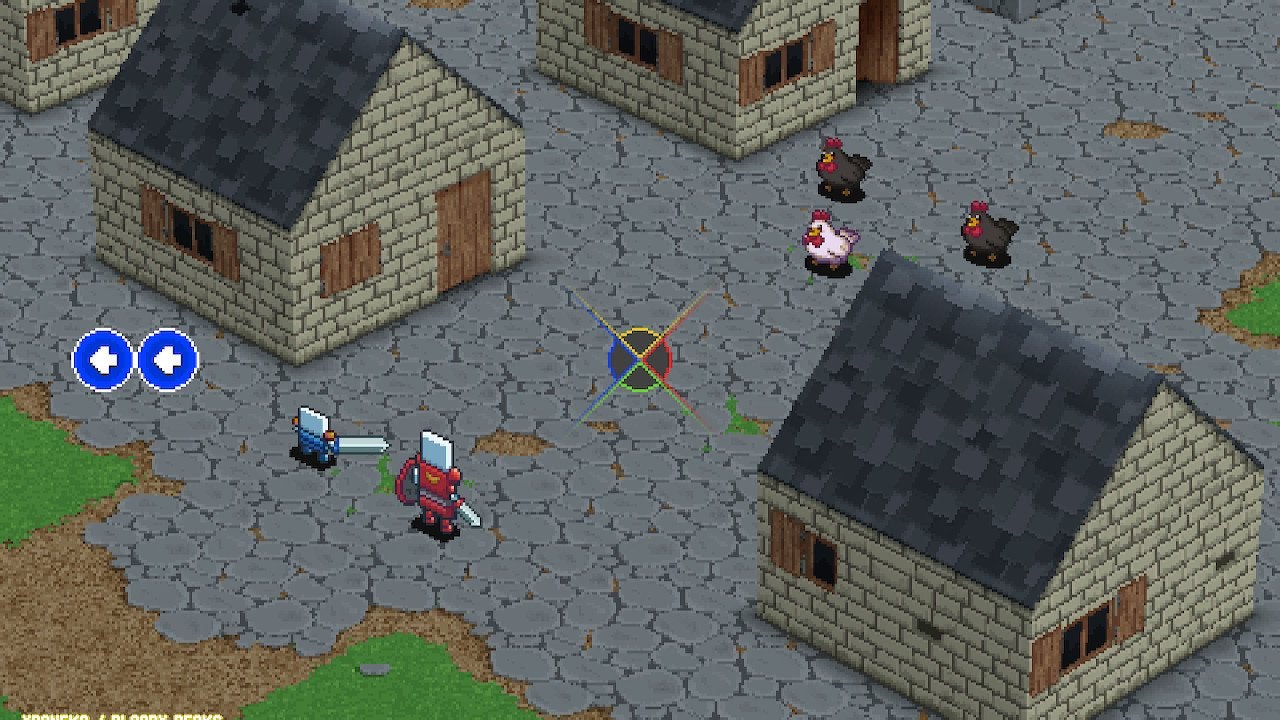 Ah, the rhythm game, something I will probably never stop enjoying. Old School Musical take a super simple concept and makes it a joy to experience. From the fantastic soundtrack to the trip through video game history, it’s one of those games that just continuously gets better as you unlock more levels. It’s so easy to lose track of time playing this game and feel your eyes light up as you encounter a new art style or catch that subtle inside joke. 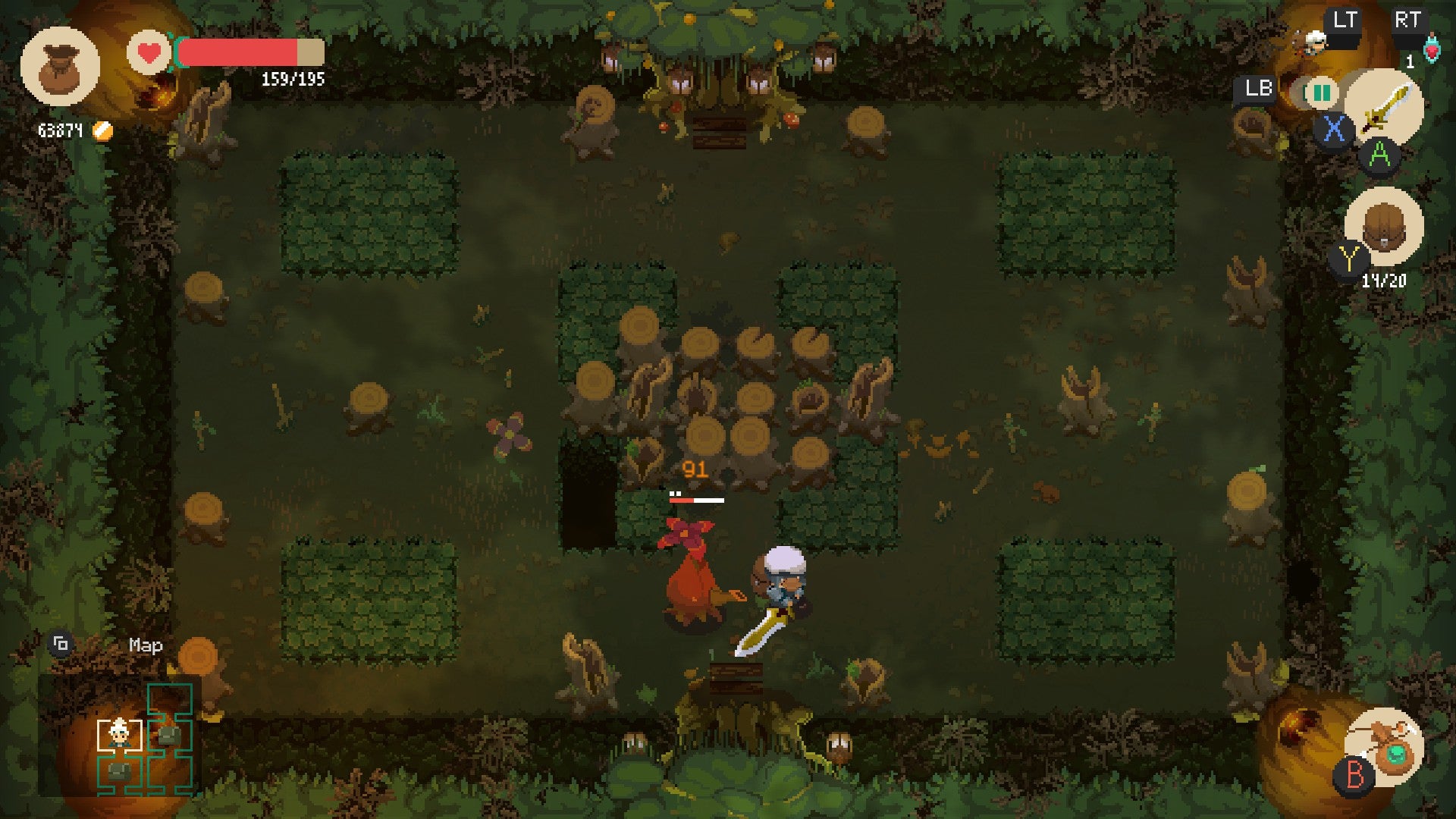 Having a day job and working on your passion project at night sounds like any other day for most of us. Moonlighter takes that concept and synthesizes it into an infinitely satisfying loop that has you explore dungeons, fight giant monsters and then return in the morning to sell things you collected on your adventures. I played a ton of it on PC and desperately waited for the Switch version to really sink my teeth into it. It’s definitely made me miss my subway stop more than once. 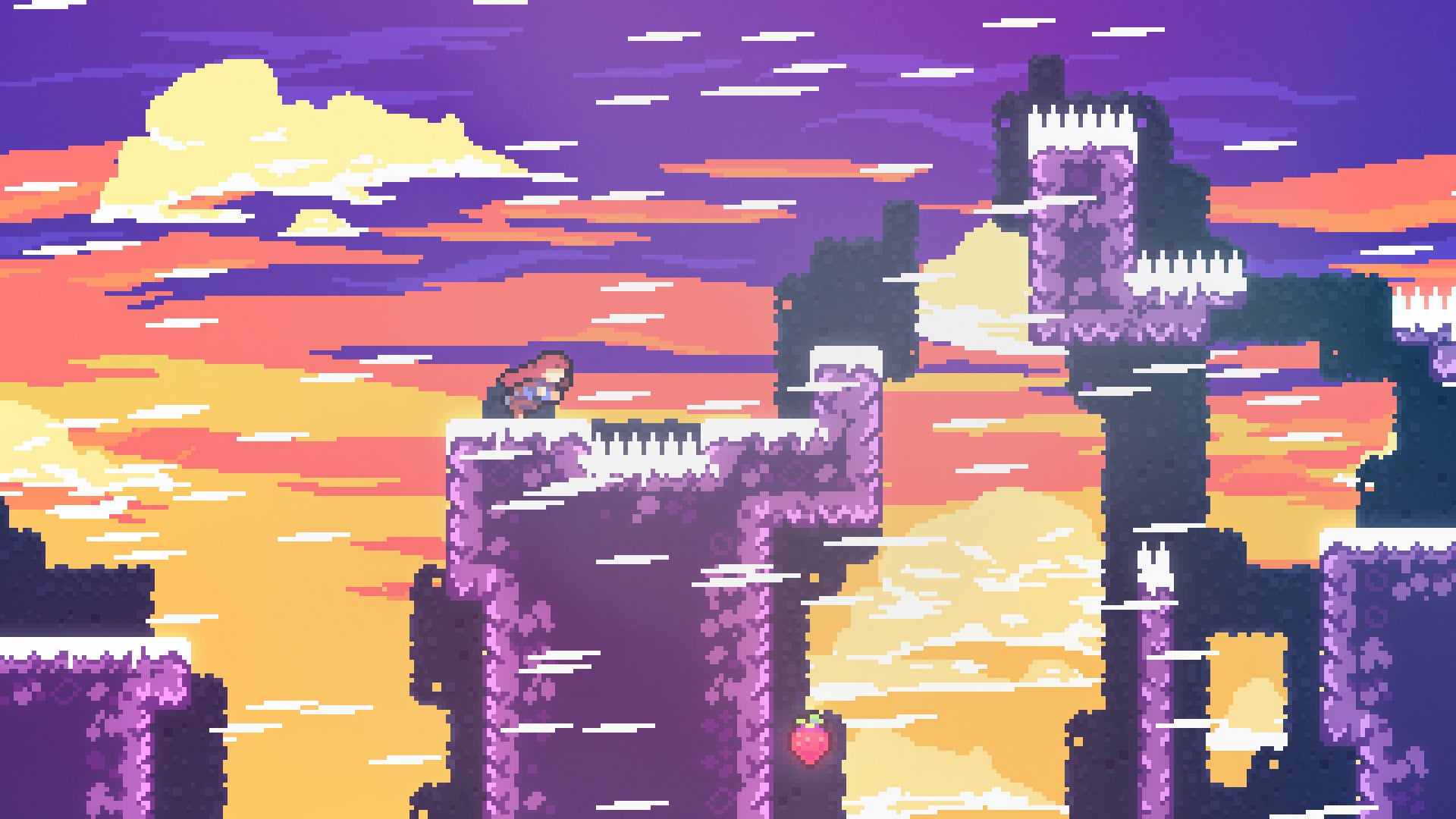 I love going into a game with so much hype around it and having it prove to me that it’s worth every last bit. On the surface, Celeste is a 2D platformer that has brutally tricky level design that encourages you to be persistent and become comfortable with failure over and over and over again. It also tells a beautifully uplifting story of a hero who overcomes her own internal obstacles and reminds you that no matter what, there’s always a way forward. 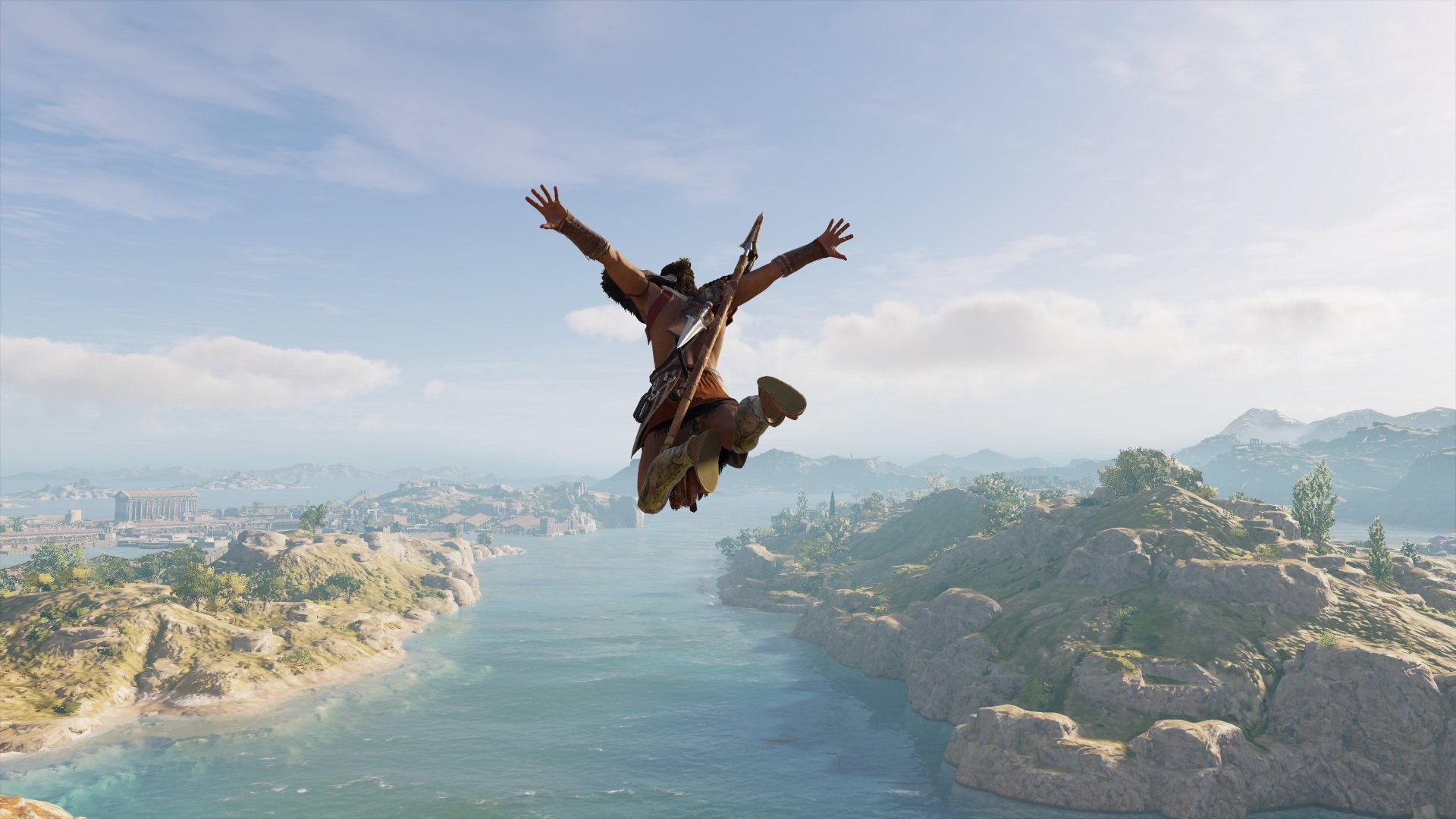 I had zero interest in this game when it was announced and went into it with my expectations pretty low. After diving head-first into the gorgeous digital recreation of ancient Greece, I found myself exploring ruins, taking out entire forts full of soldiers, and Spartan kicking snakes like a pro. It’s terrifying and awe-inspiring how much there is to do in this game, and leaping from great heights to do it over and over again feels invigorating. 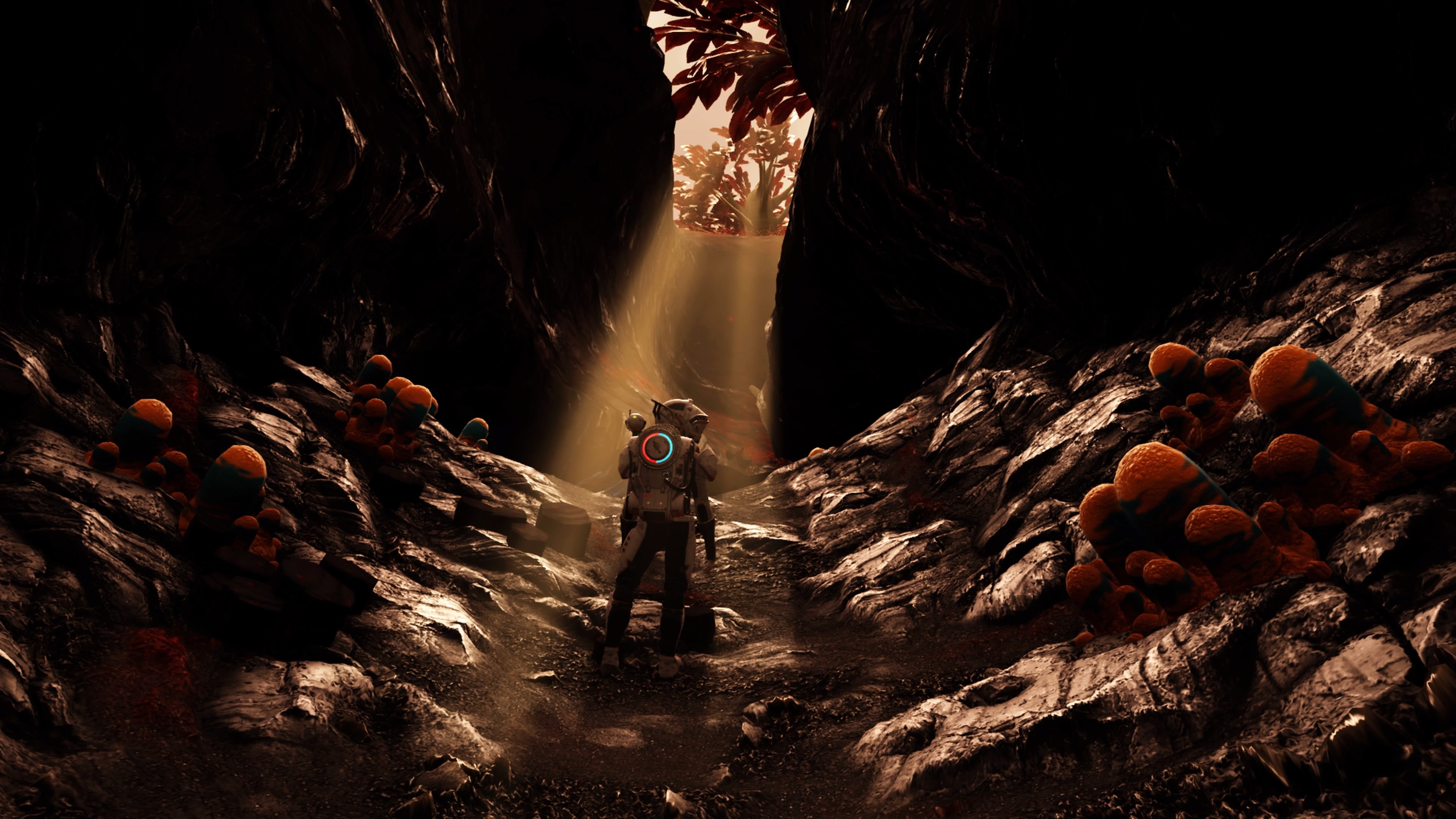 2018’s NEXT update gave No Man’s Sky actual multiplayer, unlimited base-building anywhere on a planet, a third-person camera, character customisation, fleet missions, new crafting recipes, a major graphical overall, and honestly too many things to list here. I like to think of this game the same way I think about travelling. Some folks like cruises and bus tours; others might enjoy discovering things on their own outside of an all-inclusive resort. No Man’s Sky NEXT basically asks you to do the latter, except now you can discover that fun with friends. It’s never too late to get where you’re going, and Hello Games certainly proved that this year. 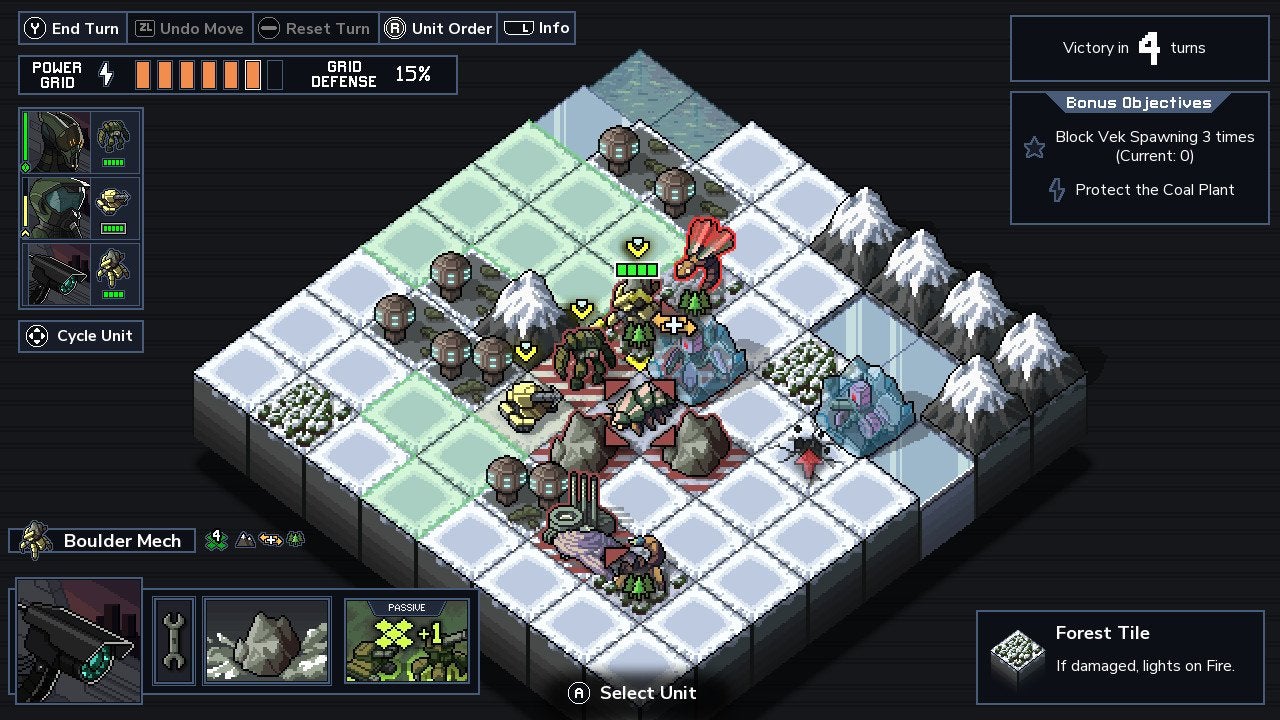 Add Into the Breach to the list of games first released on PC that I would then pour more time into on Switch. Into the Breach is a turn-based tactics game where your primary goal is to prevent invading giant insects from destroying buildings and depleting the shared Grid Power spread out across multiple islands. Sometimes you pull off heroic moves where everyone survives unscathed. Other times, you barely make it out alive, down one pilot and retaining that painful lesson for next time. It’s the kind of game where you probably spend more time studying the screen than pressing actual buttons. 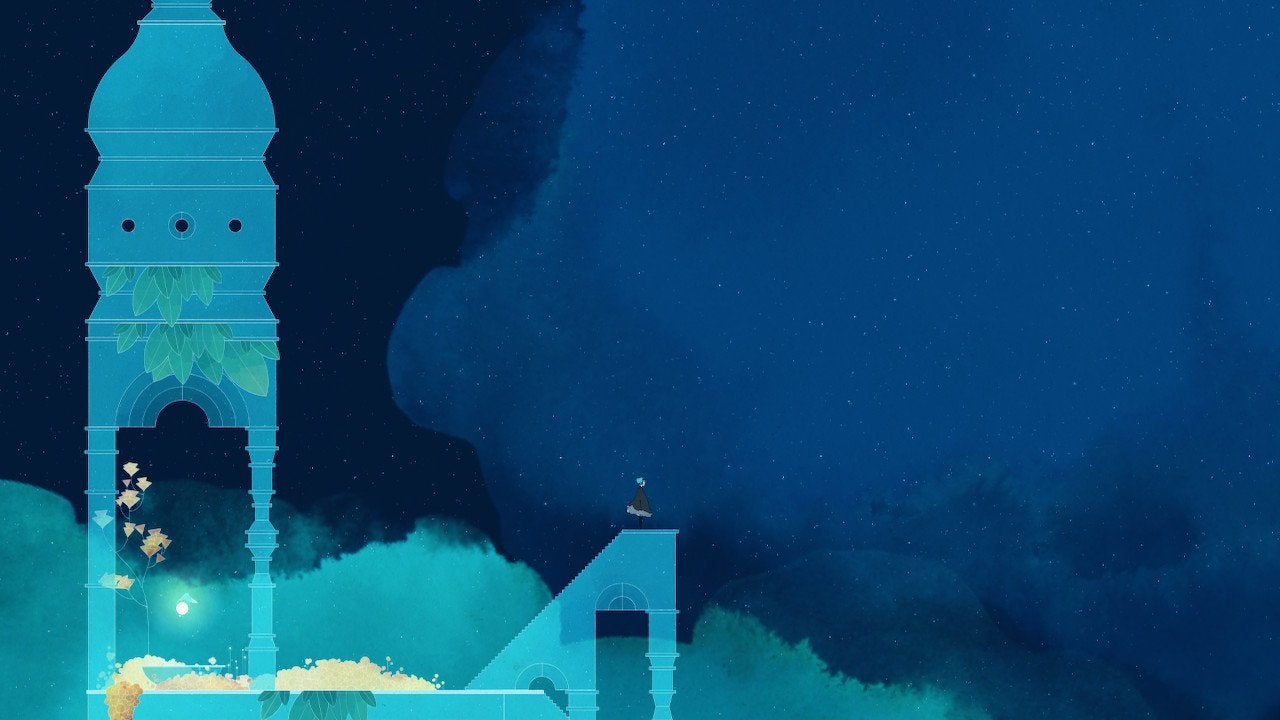 Within the first 10 minutes of Gris, I knew I was in for something different. Gris is the perfect blend of remarkable presentation, surprisingly intricate gameplay and a wonderfully captivating parable that left me in tears. It reminds me that there is an abundance of magic still left to be found using mechanics and designs that I think I’m so familiar with already. It reinforced the lesson that old obstacles become useful tools later on when the going gets tough. This game slid in right as 2018 came to a close and completely blew me away. Gris is why I play video games. 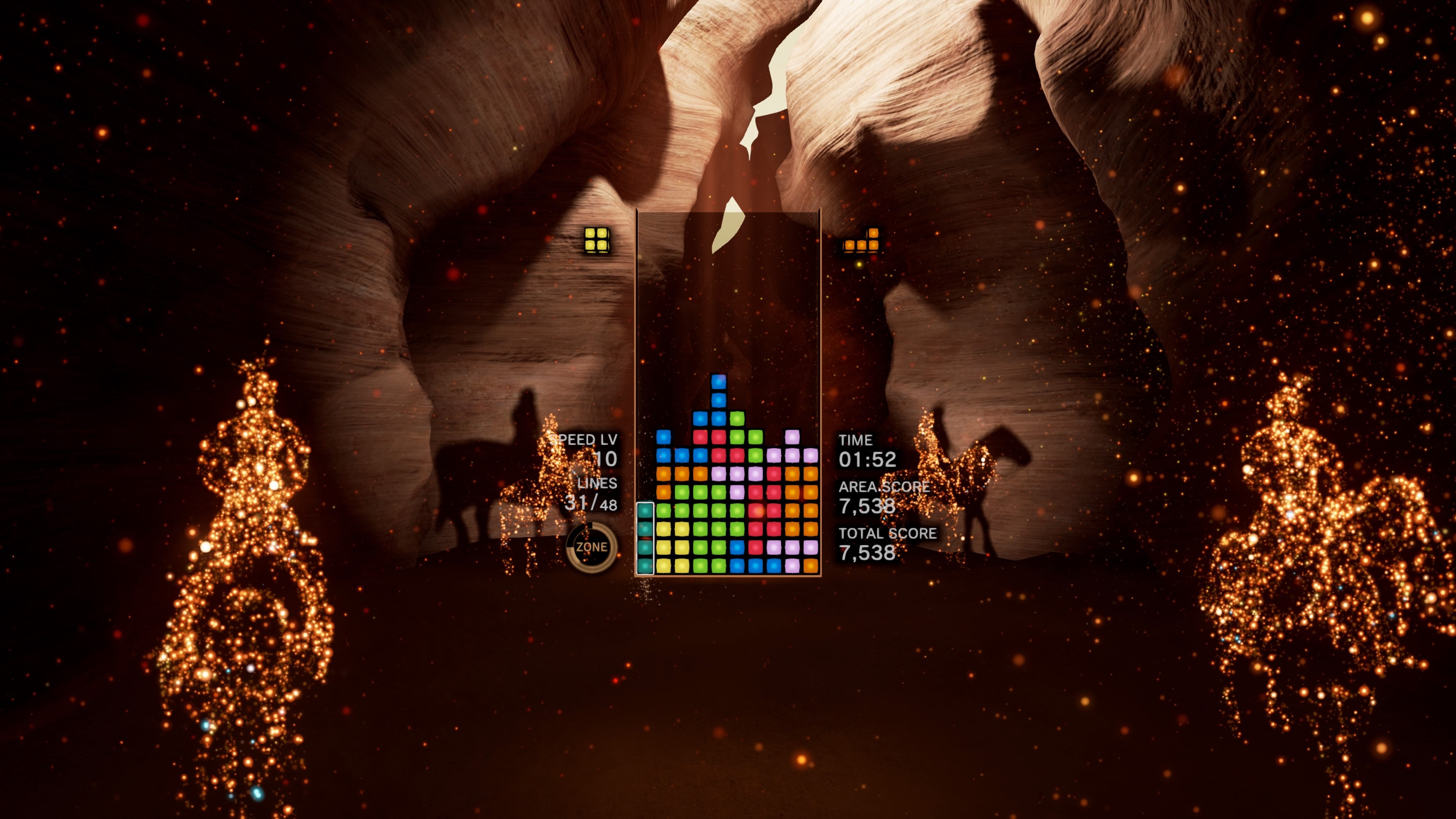 I am convinced Tetris Effect was made just for me. A new version of a game that I’ve been playing since early childhood, made by one of my favourite game creators and a team whose work I adore. Tetris Effect is an experience, especially in virtual reality, that explores the beauty of our known universe and lovingly delivers a message of hope to the player. I played most of the game eyes wide open, smiling from ear to ear until the game’s explosive finale brought me to tears. 2018 might have felt like a nightmare at times, but Tetris Effect reminds me to never lose hope. Not a ton of games communicate these kinds of messages, let alone a Tetris game. Its ending song’s lyrics say it all: “Look at this world we’re made for. Come with me. We’ll take tomorrow. Everything you want, is waiting for you.”