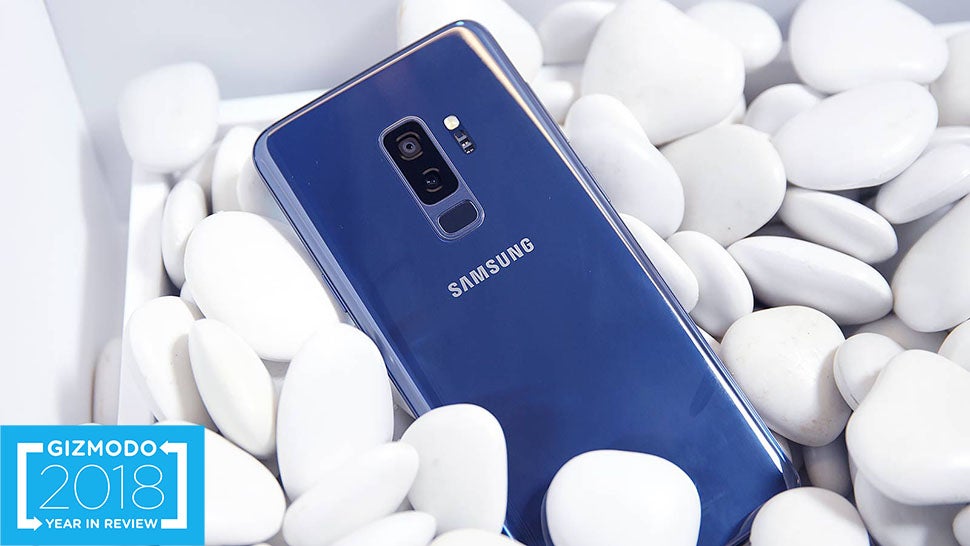 It’s been a weird year for Samsung. While the South Korean giant managed to hold onto the top spot for global smartphone sales, many of its Chinese rivals started closing the gap with Huawei CEO Richard Yu going so far as to say that Huawei could steal the number one spot by as early as 2019.

But the bigger issue is that as good as Samsung’s phones were in 2018, so many of its products were overshadowed by things that won’t be available until halfway through next year, assuming you can even afford them.

When To Buy A New Phone

At the same time, Samsung’s problems don’t simply boil down to its competition getting better, because many of the company’s issues are self-inflicted. Some of Samsung’s major initiatives still haven’t panned out, and in the ever-evolving smartphone world, Samsung failed to both lean into its strengths and shore up its weaknesses. Here’s what went wrong with the Galaxy in 2018.

By far the biggest issue for Samsung this year is the Galaxy S9, which simply didn’t offer enough improvements to entice the sort of people who buy new phones every year to upgrade. Thanks to Samsung’s foundries, the GS9 was the first phone out sporting a Qualcomm Snapdragon 845 chip, while Samsung’s display division ensured the GS9 also has the best screen around. But once other phones caught up, what were the GS9’s most distinguishing new features? A rear camera with the world’s first dual aperture lens on a smartphone, barely smaller bezels, and funky AR emojis. That’s not nearly enough.

While the camera addict in me loves the nerdy aspect of having dual apertures, the real-world results were just OK. Meanwhile, AR Emoji look like a shitty knock off Bitmoji. But where the hell was the new design. Going back to GS5, Samsung offered noticeably sleeker designs on every phone. The Galaxy S6 ushered in the era of glass sandwich phones, while the S6 Edge featured the world’s first dual-curved display, both of which are design statements that still influence the way phones look today.

Next came the S7, which brought back the S5’s water-resistance and microSD card slot and took the S6’s style and turned it into something that looked like a sophisticated space pebble. And then came the S8, one of the best-looking phones ever made. Not only did it bring us closer to the bezel-less promised land than ever before, it still left enough room up top for front cams and an iris scanner without needing a notch, it also sported a clever virtual home button in place of the old fingerprint reader.

Well, now we seem to have some actual facts.

Earlier today a whole heap of info about the S10 was revealed – including the specs, release date, sizes and UK pricing. Here are all the details.”]

Then the S9 came out, and it was sort of more of the same. Aside from moving the rear fingerprint sensor to the middle of the phone instead of off to the side (which if we’re honest, was never that big a deal), the S8 and S9 are indistinguishable. To make matters worse, after a year of hate, Samsung didn’t get rid of the Bixby button or even make its function customisable. Samsung, if you’re going to put a button on a phone that only does one thing, you better make sure that thing is fucking fantastic. Sadly, as any Samsung phone owner knows, fantastic is one of the last words anyone would use to describe Samsung’s digital assistant.

And when you expand the view to larger company-wide issues, Samsung’s slowness to update its phones to the latest version of Android is downright embarrassing. Samsung is the biggest phone maker in the world, and recently took P&G’s position is the world’s biggest advertiser, and yet four months after its release, not a single Samsung flagship phone has gotten an upgrade to Android 9 Pie. The only Samsung phone with Android 9 is the mid-range A8s, which isn’t available outside of Asia and was just announced last week. When people talk about Android having a fragmentation problem, Samsung is one of the biggest reasons why.

Software, in general, is still a weak point for Samsung. And even though the current Samsung Experience Android skin isn’t nearly as bad as the TouchWiz used to be, given the success of the Pixel 3, software is a shortcoming Samsung can no longer afford. On top of that though, the Galaxy App Store is a mess, Samsung was late to the trend of using AI to enhance your photos, and its new policy regarding the use of free themes in the forthcoming Android 9 update sucks. That’s a damn shame because a lot of the user-friendly design choices made in OneUI sound good, but they still make up for the fact that it’s way overdue.

Even more concerning is that in 2018, it felt like Samsung got away from what it does best: class-leading, industry-defining hardware. On a pure specs comparison, aside from having a lower-res screen, the OnePlus 6T blows away the GS9 for $US100 ($139) less (but it also isn’t available in Australia). And while the Note 9 and its built-in stylus remains the best big phone this side of the Pacific, the Huawei Mate 20 Pro offers full 3D scanning face recognition, reverse wireless charging, an in-screen fingerprint sensor, and three rear cameras—all things that the $1,500 Note 9 doesn’t have.

Weirdly, one place where Samsung decided not to play it safe was with its ads. Because instead of doing the right thing and putting photos taken by its devices for use in promos, Samsung was caught, not once, but twice trying pass off pictures shot on a DSLR as smartphone photos. I don’t really care if the ads only showed up in Brazil, Malaysia, or anywhere else, the corner cutting and dishonesty don’t reflect well well on the company’s decision making.

If Samsung wants to hold onto its top spot, Samsung needs to go all out. Give your flagship phone—both big and small—dual cameras, more RAM, and the kind of world-first features that make people remember how much innovation Samsung has inspired over the years.

Yes, Samsung’s 5G phone and wild bendy boy are coming, and its new punch-hole selfie cam seems neat. But it’s important not to let tricky tech like under panel sensors fall by the wayside either. With total phone sales declining across the globe, the market is only going to get more competitive. There’s no room for Samsung to leave anything unpacked anymore.