Street Fighter V has had its share of disappointments since it arrived in 2016, from a shoddy launch to installing dangerous backdoors for malware in players’ computers.

Capcom’s latest brilliant idea is to plaster the entire game with advertisements, turning the most storied fighting game franchise of all time into a billboard.

The decision to insert “sponsored content” into Street Fighter V was attached to a recent update that made the game free-to-play for a limited time, allowing folks to try the game without buying it until December 19.

These new advertisements, which can be turned off in the options menu, slap the Capcom Pro Tour logo everywhere, from strategic positions on each character’s outfit to the stages in which they fight.

Leaving the advertisements turned on will allow players to receive paltry amounts of in-game currency.

Players who leave the feature on have also been treated to static, full-screen advertisements for downloadable content before matches and even when entering training mode.

While the downloadable content-focused ads are annoying and ugly, it’s the characters that suffer the most from this new initiative. Capcom has done their absolute best to cover each fighter in gaudy Capcom Pro Tour stickers, making them look more like Nascar vehicles than the individual, iconic characters they are. Guile, for instance, exchanges his traditional American flag tattoo for the tournament decal. 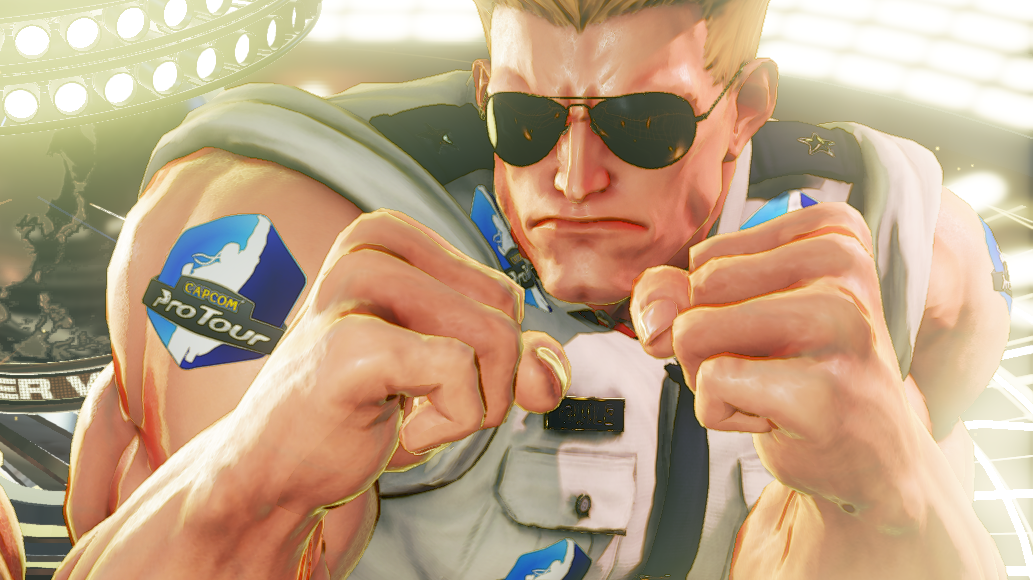 Dhalsim’s necklace of child skulls, which he wears to honour the young people in his village who succumbed to plague, has been desecrated in the name of promoting the Capcom Pro Tour. 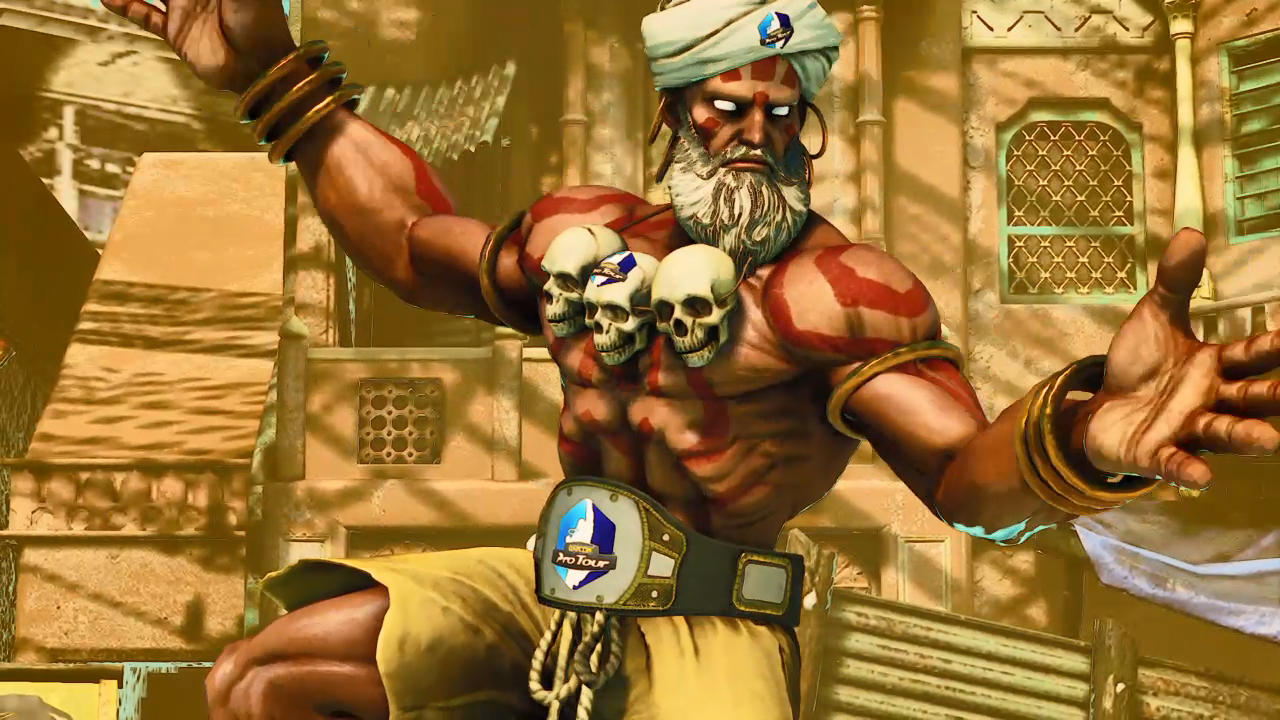 Some characters have even had pieces of clothing added to their outfits in order to make more space for ads. Dhalsim, as you can see above, has been given a championship belt, along with the classy Urien, seen below. 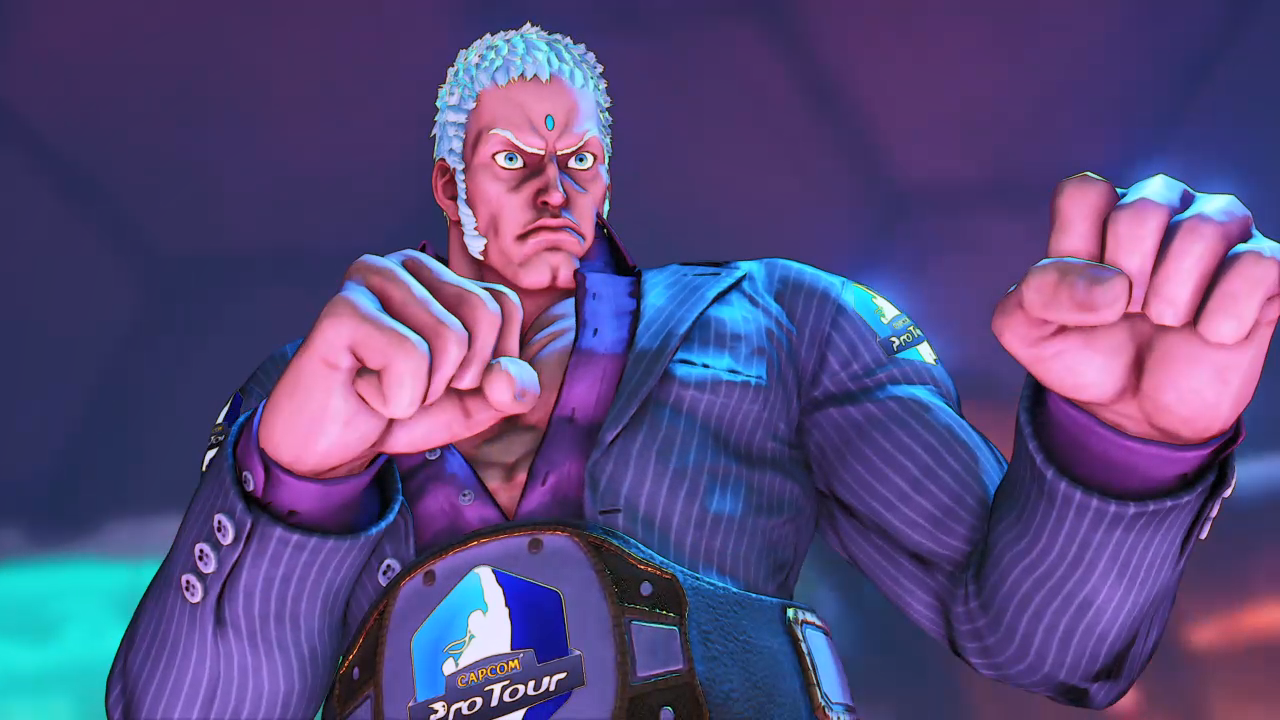 The most egregious example, however, comes courtesy of Akuma. The demonic fighter’s classic Shin Shun Goku Satsu super, which ends with his back facing the camera to display the Japanese ‘heaven’ kanji, now shows the Capcom Pro Tour logo instead.

It’s hard to overstate just how iconic the attack is within the fighting game community – Hajime “Tokido” Taniguchi famously posed in front of a projector in 2010 after defeating his opponent with the move—but I guess Akuma’s back was too much real estate for the developers to leave unblemished. 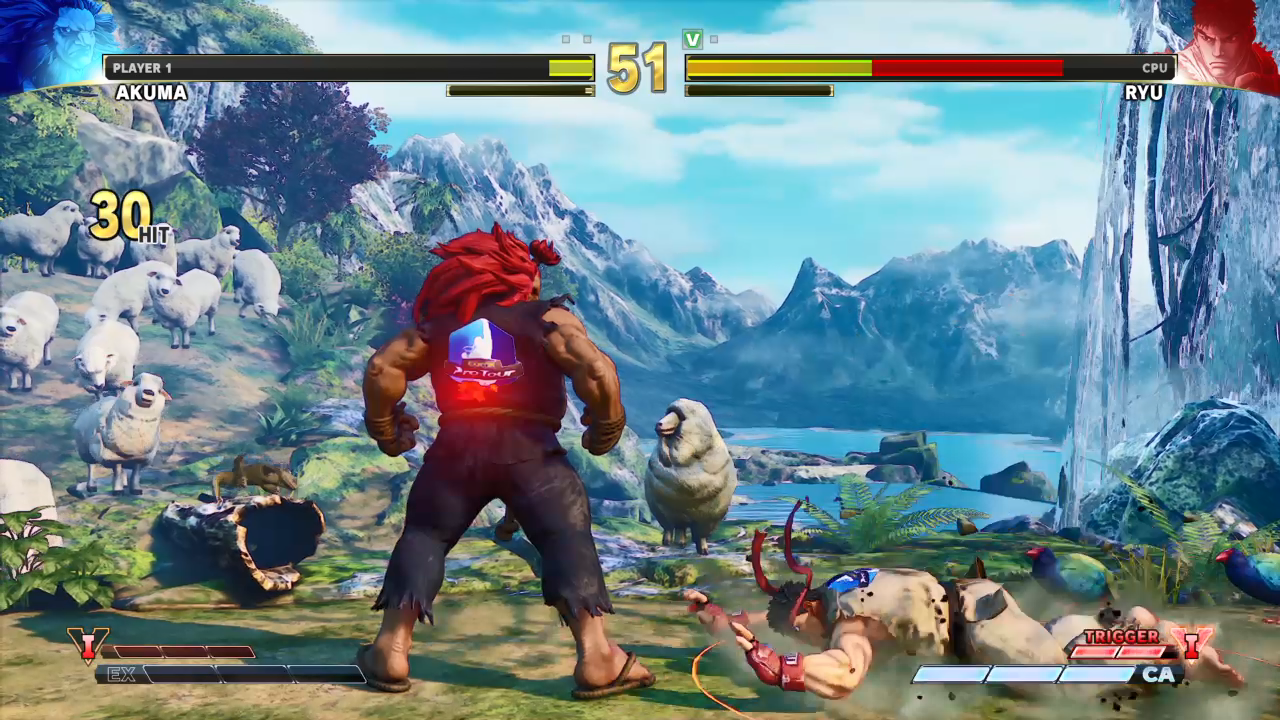 To be fair, this isn’t a new phenomenon, at least when it comes to Street Fighter V’s stages. For the last few years, Capcom has released downloadable content packs that include special arenas that highlight the importance of the Capcom Pro Tour and are typically used during big events. These stages have often been modified to display logos for Evo and Red Bull to correspond with the current competition.

The prevalence of the logos in the latest update does raise new questions about how far Capcom will go to promote brands within the Street Fighter V framework. For now, Dhalsim’s necklace is honouring Capcom, which is strange enough given the context, but it would be even weirder to see a Red Bull logo there.

Street Fighter V’s optional advertisements are a product of the times. Many video games are no longer contained experiences that only ask for shelf price and nothing more, and instead are ongoing services that continue to offer bonus content to the player, for a price. Street Fighter V is a full price product, and until now, the game would only milk your wallet when offering you more DLC fighters to buy. In-game ads are prominent mostly in free-to-play games, not in games that you pay for.

Is this a sign of things to come for a franchise that used to reign supreme in the world of fighting games? Will the ads remain endemic to brands that are common in the fighting game community (Red Bull is a frequent tournament sponsor), or will they eventually expand to things like Burger King and Jones BBQ and Foot Massage? The pessimist in me thinks things will only get worse from here, but hopefully the negative community reaction will encourage Capcom to be more thoughtful about which logos, and how many, they expect players to endure.