Way back at the beginning of 2018, you kind of had feeling it was going to be a good year at the movies. Two weeks in, we had a contender in the form of Paddington 2. February brought the $993 million hit Black Panther and the hypnotic Annihilation. And even before that, film festivals introduced us to Hereditary, Sorry to Bother You, and Anna and the Apocalypse. Then in April, A Quiet Place surprised audiences everywhere and hadn’t even hit summer yet.

Yes, 2018 was a great year for film and despite there being a lot of strong contenders, here are the genre films we voted as the best (and worst) of the year. 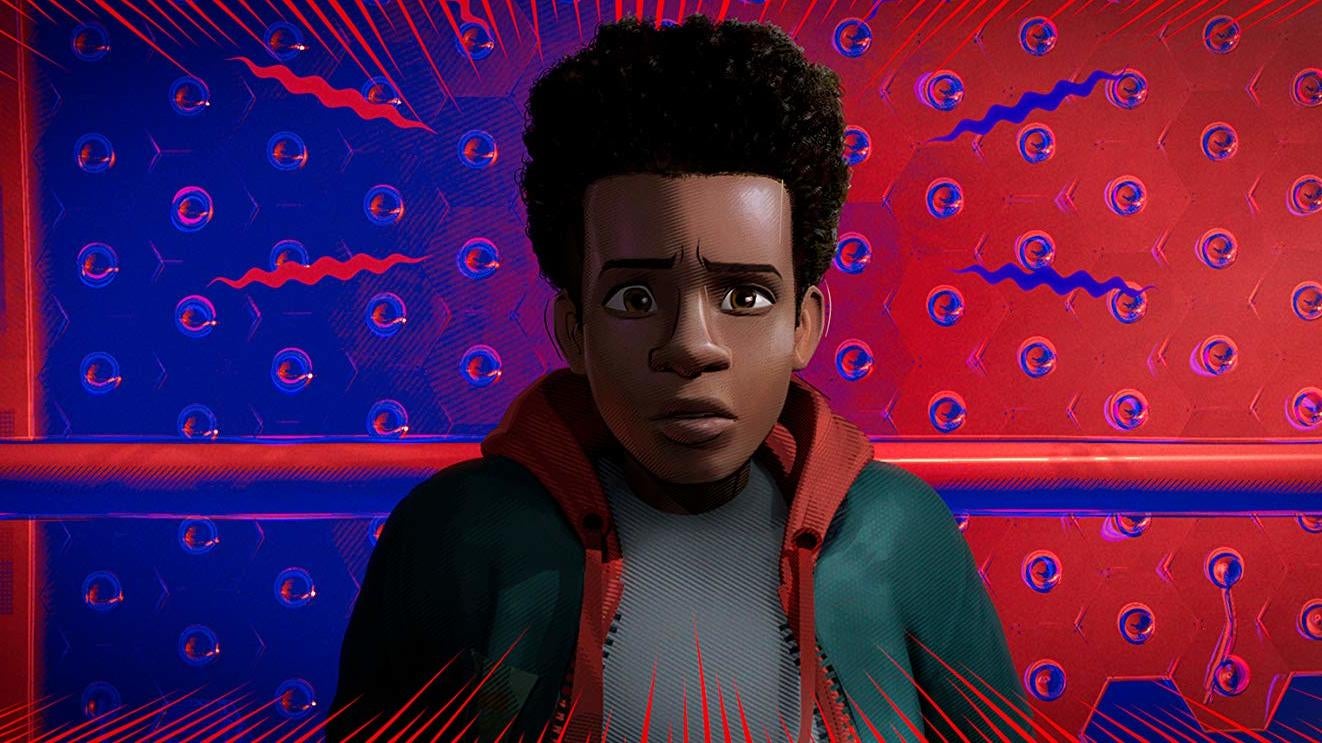 Miles Morales is the star of the incredible Spider-Man: Into the Spider-Verse. (Image: Sony)

1. Spider-Man: Into the Spider-Verse

Can you believe this? A Spider-Man movie is the best movie of the year. And not just any Spider-Man movie, an animated Spider-Man movie featuring Miles Morales meeting other Spider-people from different dimensions. There’s no way when any of us first heard about what would become Spider-Man: Into the Spider-Verse that we could have dreamed the film would be as incredible as it is. That it would look so good, be so exciting, have such poignant and important messages, and truly nail the heart of the character. 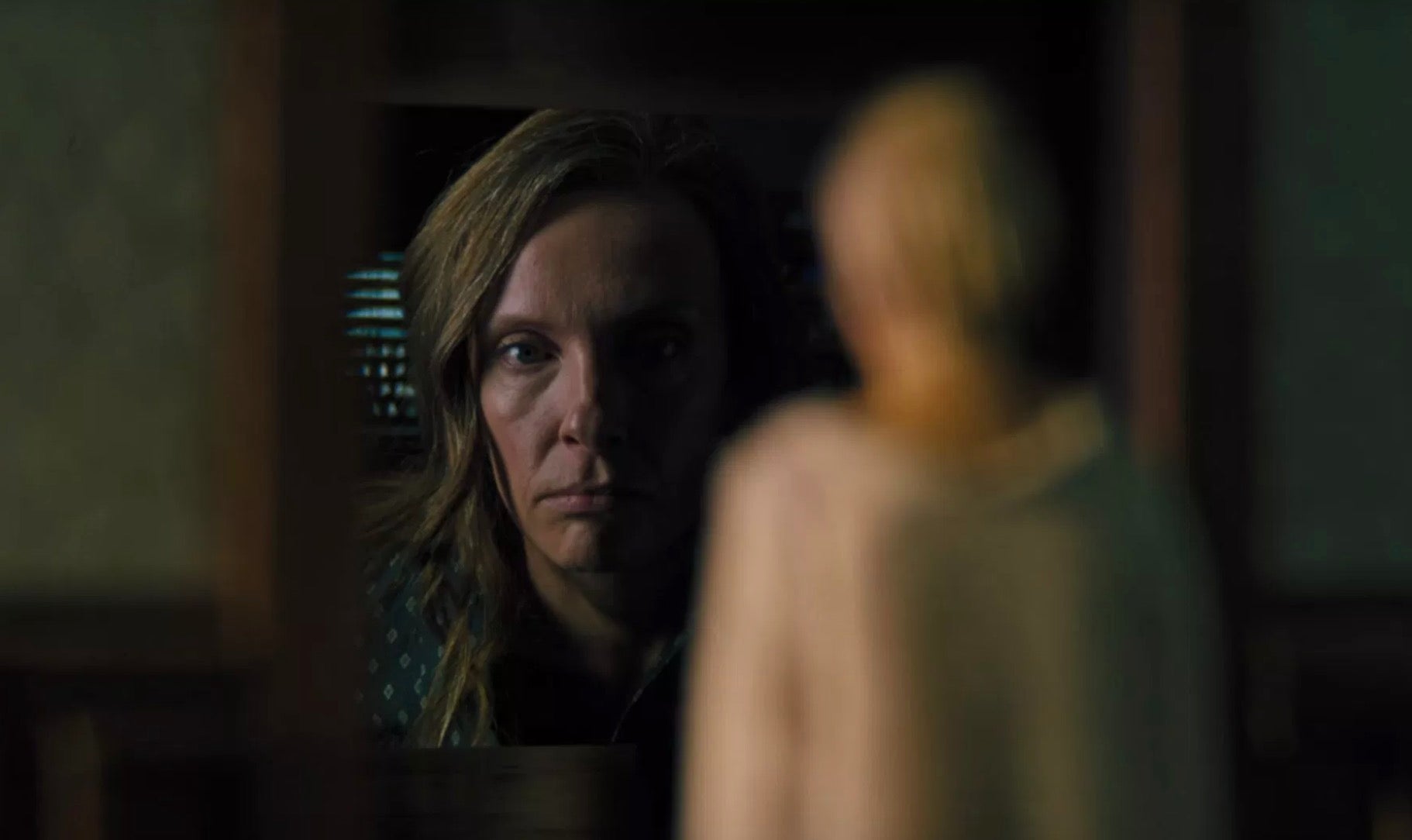 Today’s world is so scary on its own that fictional horror can sometimes lose a little of its impact. It takes a truly frightening, fucked-up kind of movie to not just be scary, but be scary in ways that feel unique. Ari Aster’s Hereditary does that and more. It’s the story of a family going through an unimaginable set of circumstances who soon come to realise it may all have a disturbing higher meaning. Toni Collette’s lead performance is unsettling and magnetic, plus the film’s build-up into its finale is so nerve-wracking, it may temporarily freeze your motor functions.

These are just some of the reasons why Hereditary is so special. 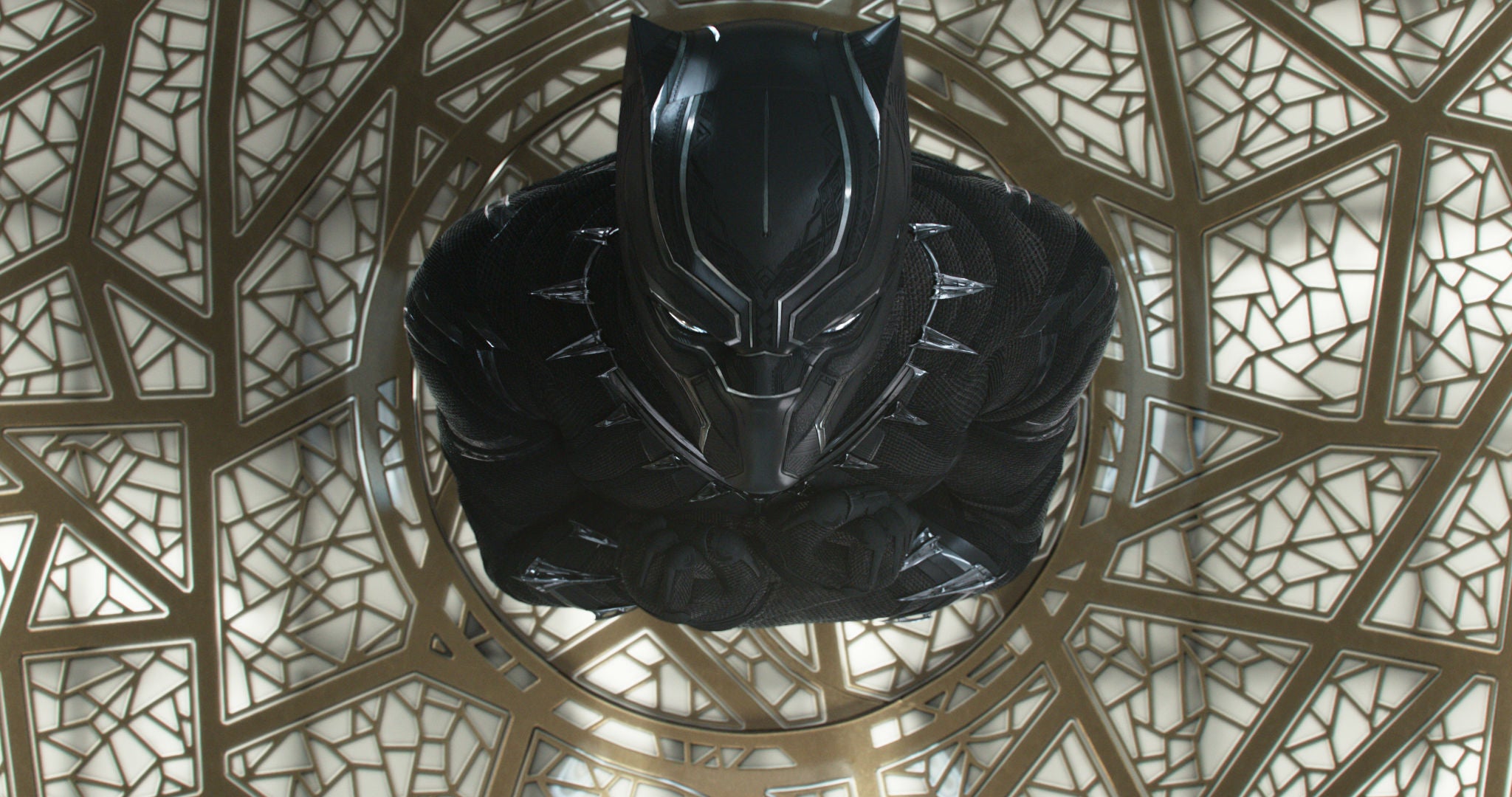 Plain and simple, 2018 was the year of Black Panther. Director Ryan Coogler not only made a film that became a cultural landmark, but it also turned a superhero Hollywood had ignored for years into a hero for all times. Thanks in large part to a supporting cast that may be better than any other superhero movie has ever had, audiences were floored by this Marvel tale of a young prince becoming a reluctant king, set in world that both looked nothing like ours (with its designs and technology), and a lot like ours (with its nearly all-black cast), combined in a high-octane, superhero package that made its themes accessible to the masses. Wakanda forever! 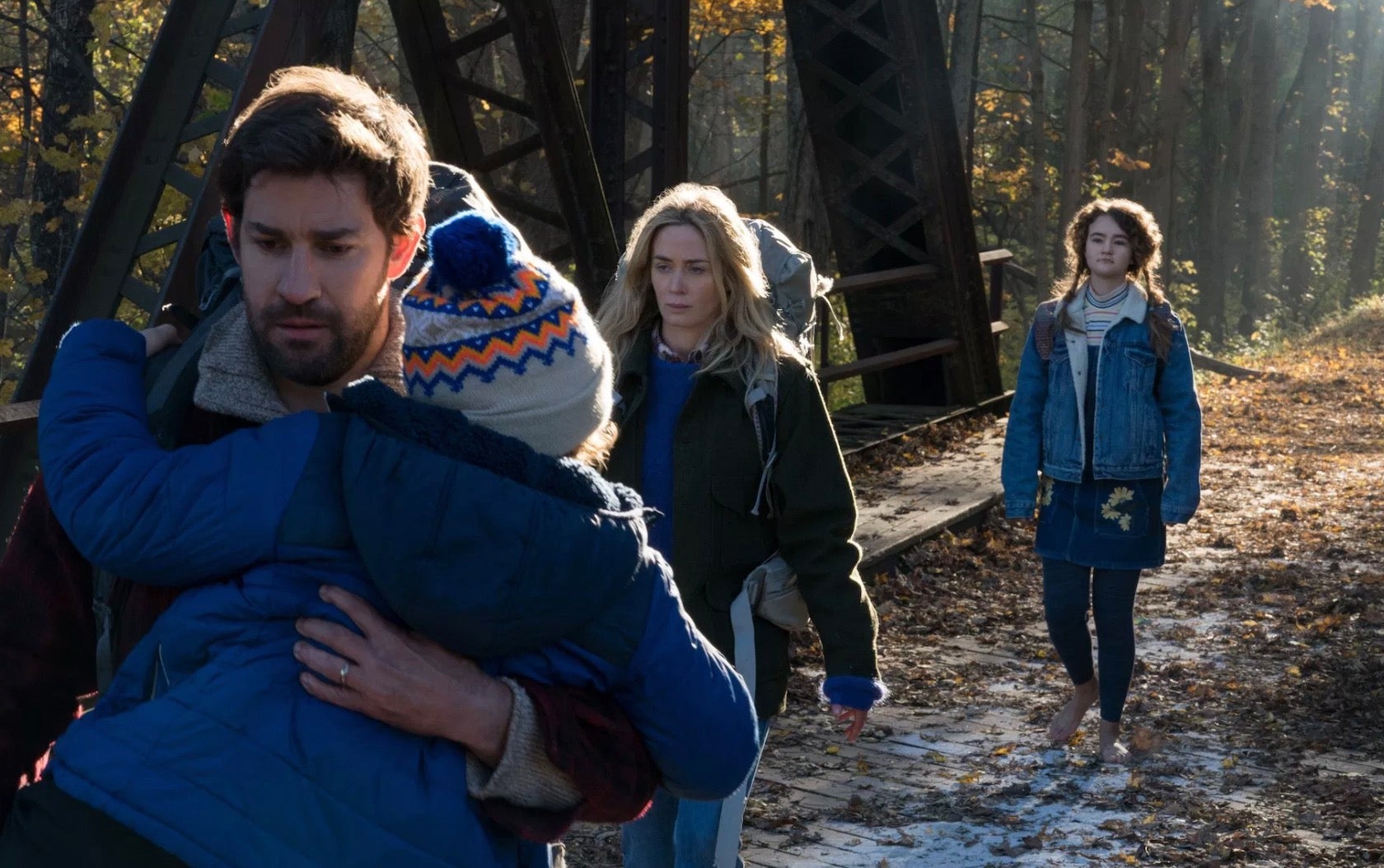 A family has to be very, very quiet in A Quiet Place. (Photo: Paramount)

Upon hearing about A Quiet Place, everyone’s first thought was probably “A horror movie directed by that guy from The Office? Yeah. Sure. That’ll be great.” But it is great. It’s a visceral, intense thrill ride with a simple premise, intriguing world, great characters, and strong human emotions. It doesn’t hurt either that the guy from The Office, star and director John Krasinski, cast Emily Blunt, one of our best actresses (who also happens to be his wife), in the lead, giving the film a badass mum at its center to battle the ooey, gooey, hyper-sensitive-to-hearing monsters.

Few movies came as out of left field and stayed in our minds quite like A Quiet Place. 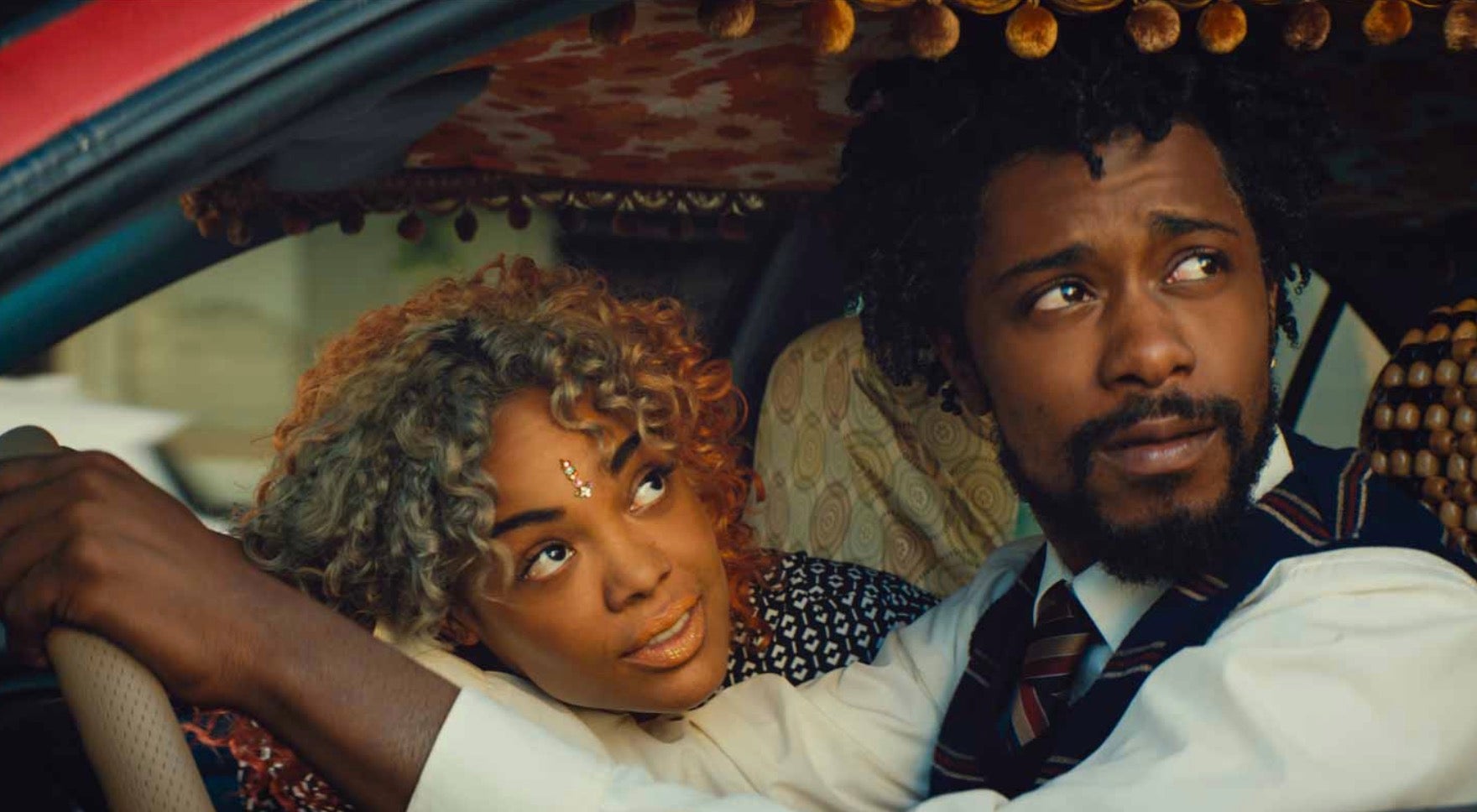 Tessa Thompson and Lakeith Stanfield star in Sorry to Bother You. (Photo: Annapurna)

5. Sorry to Bother You

First-time feature director Boots Riley didn’t hold back with Sorry to Bother You, a biting, hilarious, and downright disturbing commentary on socio-economic issues and the world at large. Beginning as the tale of a black man who puts on a “white voice” to rise up the ranks of a telemarketing company, the cast, including Lakeith Stanfield and Tessa Thompson, gleefully tries to prepare us for what’s to come—but it’s just not possible to anticipate the creative twists this movie takes. Riley’s imagination and flair for filmmaking are overwhelming and he shocks his audience into dumbfounded awe with where he takes this subtly sci-fi story. 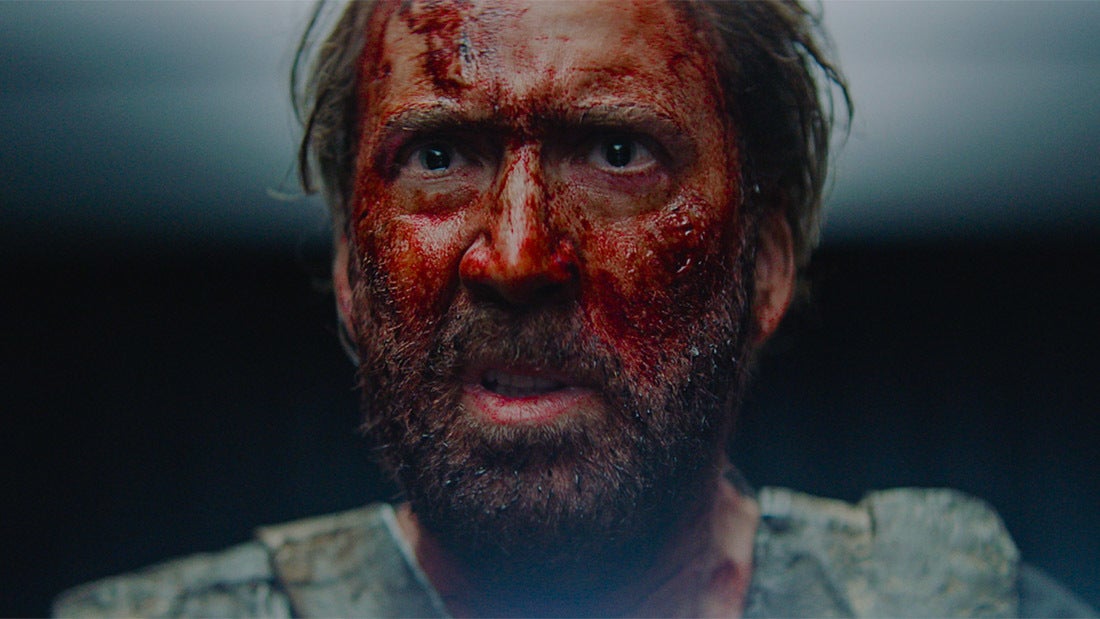 Sometimes great movies can be more of an experience than merely a traditional viewing situation. Like going to a concert, closing your eyes, and just letting the whole environment wash over you. Panos Cosmatos’ Mandy is like that. It’s both the story of a man dead set on revenge and also a colourful pastiche of a bygone, psychedelic era. And that would be pretty cool on its own, but then you throw Nicolas Cage into the mix, give him a bunch of crazy weapons, and add some awesome action. The result is a movie that’s not for everyone, but it’s very, very much for us. 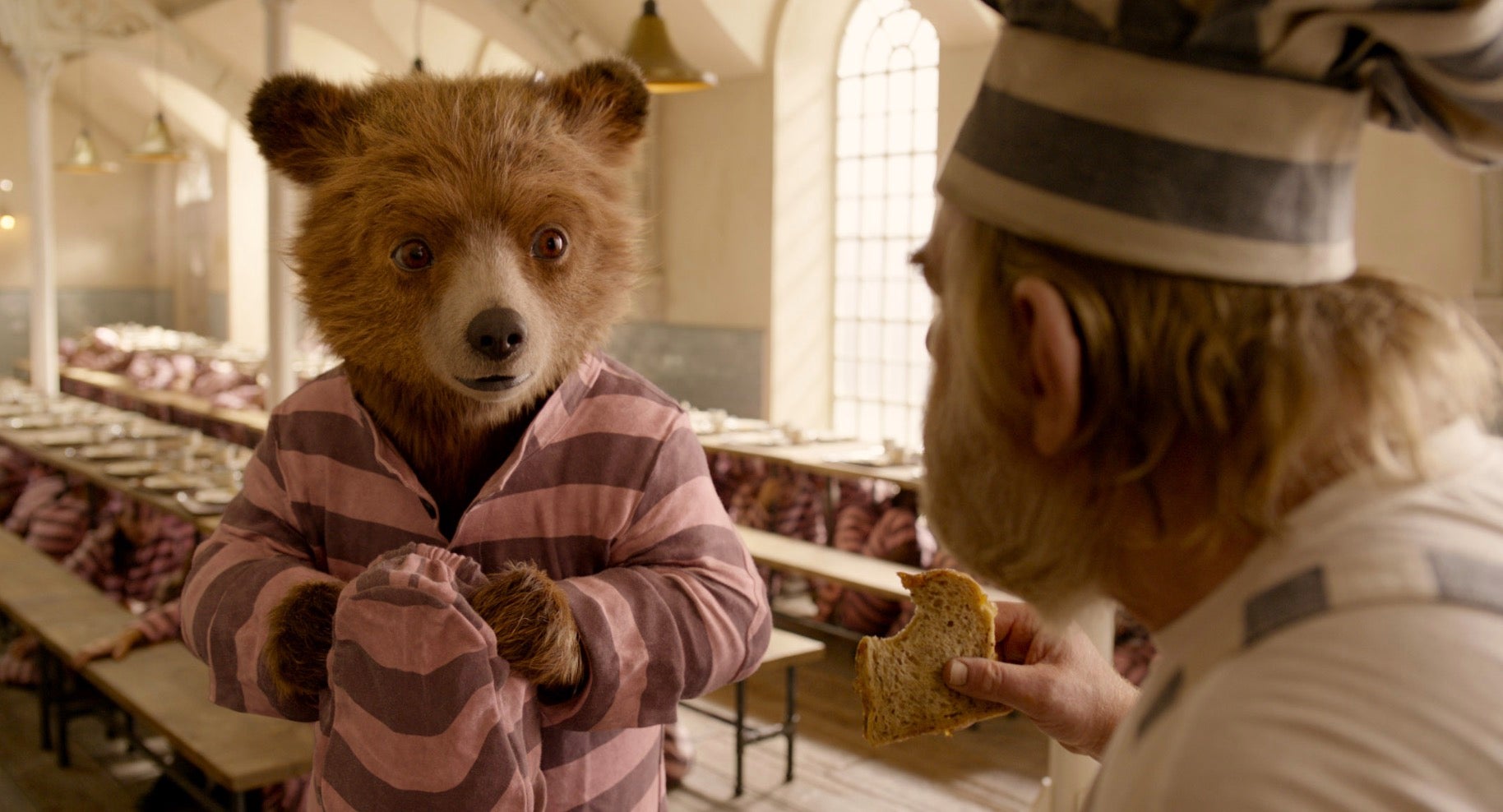 Don’t knock it until you try it. That’s kind of the attitude you have to have with Paddington 2, a film some people might be embarrassed to watch. “Really, a sequel starring a CG bear who eats marmalade?” Trust us: director Paul King has crafted not one, but two simply delightful movies with the Paddington series, and this sequel is arguably superior, featuring not just an infectious amount of heart and fun, but a hilarious prison subplot, a wacky villain turn from Hugh Grant, and so much more.

Alex Garland’s Annihilation is one of the best films of the year. (Photo: Paramount)

Though it’s wildly different from the novel it’s based on, Alex Garland’s sumptuous story of scientists who travel into an indescribable physical anomaly still has us wonderfully confounded months after its release. The film is filled with incredible actors (such as Natalie Portman, Tessa Thompson, Jennifer Jason Leigh, and Gina Rodriguez) giving incredible performances, in a captivating story that unfolds in a way that it becomes more interesting as it goes along. Throw in some great action sequences, non-stop gorgeous visuals, and an ending that sparks fierce debate, and you’ve got a real winner. 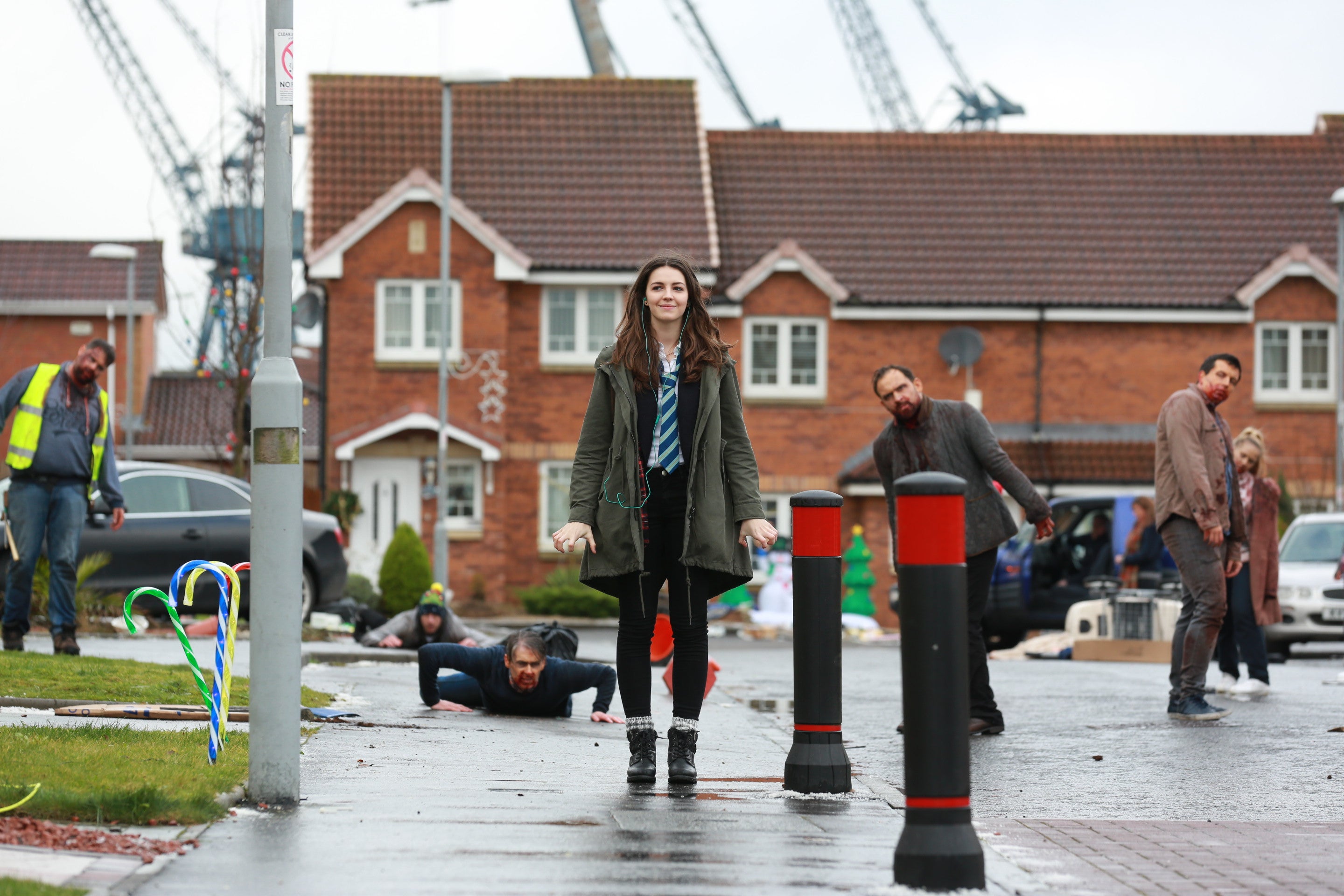 If you think this shot from Anna and the Apocalypse looks a little like Shaun of the Dead, you get 10 points. (Photo: Orion)

9. Anna and the Apocalypse

Anna and the Apocalypse is the best high school, Christmas, zombie musical of all-time. It may also be the only high school, Christmas, zombie musical of all-time—but hey, that’s fine. This little film directed by John McPhail is filled with gory zombie action, high school angst, and enough toe-tapping pop songs to tie it all together. Sometimes its ambition outweighs its output, but that ambition and soundtrack carry it really far, ultimately becoming a film that’s destined to become a cult classic at any time of year. 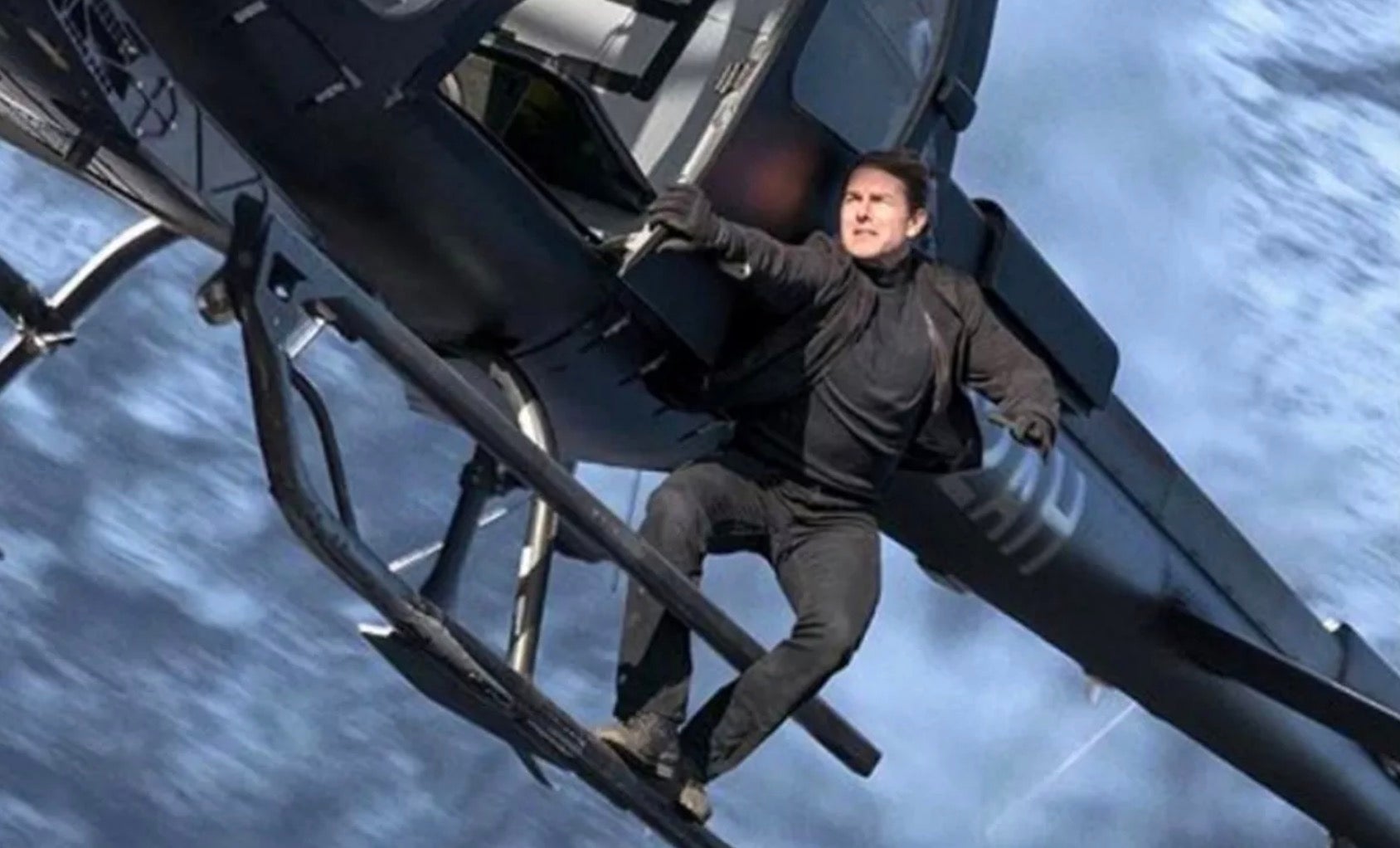 When it comes to big-budget Hollywood action films, which is saying something), combining a cool, spy-fi story with action set pieces that rank amongst the best in the history of film. The helicopter chase alone is worth the price of admission, and that’s just one of many edge-of-your-seat action scenes. It’s just pure popcorn movie magic at its finest. 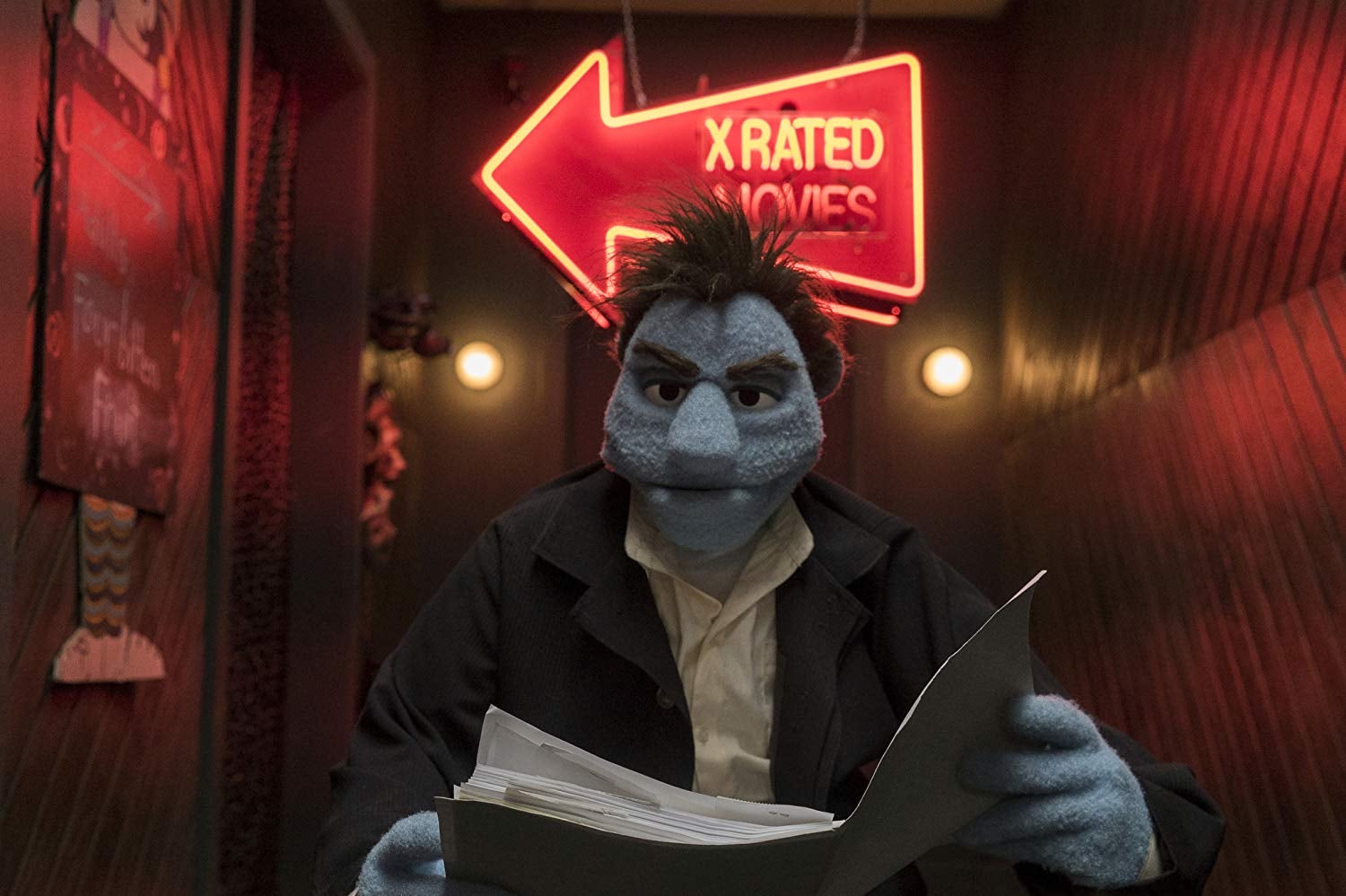 The idea of an R-rated puppet detective movie from director Brian Henson starring Melissa McCarthy sounded pretty good. Hell, it even looked good when we visited the set. But the result was not good.

It wasn’t close to good. It was damn near an embarrassment, filled with jokes that don’t land, characters that don’t matter, and a tone that was completely off the mark. The whole movie felt like watching the outtakes from what you’d hope would be a better movie.

A running theme in this list is, “On paper, it should have worked.” So here you have writer/director Shane Black returning to a franchise he helped pioneer in the late 1980s, with a talent that gave us films like Kiss Kiss Bang Bang and Iron Man 3, and a story set after the original film featuring Predators coming to Earth to hunt something important. And yet, the film is such a mess it’s almost hard to watch. The story is jumbled, the performances are all over the map, the action is lacking, and the final surprise ends up being a huge bore.

Almost nothing works in a film that should have been great.

3. Fantastic Beasts: The Crimes of Grindelwald

Many of the problems with The Crimes of Grindelwald can all be traced to the ending. Everything is centered on this big mystery—but once the mystery is revealed, it feels completely unmotivated and confusing. Which is what this film does to this whole franchise: It’s a film that moves the Wizarding World forward in such an incremental, insignificant way, the fact the movie exists at all is basically a disappointment.

In 2018, we realised that when a movie studio invests millions in a movie and then sells it to someone else before it comes out, that’s usually not a good thing. Case in point: The Cloverfield Paradox, which debuted on Netflix early in the year and then immediately vaporized from our minds. It’s somehow just so flat and boring, despite its intriguing premise of Earth disappearing while astronauts are in space. Even the franchise name recognition couldn’t make it more memorable.

Robin Hood would’ve been a solid film if it had embraced the fact that it was terrible. But instead of giving us a ridiculous action adventure that tailgated on Taron Egerton’s charisma and didn’t care that it was historically inaccurate, we got socio-political commentary about Antifa set against the backdrop of a guy stealing shit from a Star Wars villain’s casino. The movie failed because it thought it had a message, and it truly would’ve been so much better without one.