big shortcard gameccgstock marketvalvewolf of artifact
To sign up for our daily newsletter covering the latest news, features and reviews, head HERE. For a running feed of all our stories, follow us on Twitter HERE. Or you can bookmark the Kotaku Australia homepage to visit whenever you need a news fix.

The in-game economy for Valve’s new digital card game, Artifact, was upended earlier today after the company accidentally created an exploit that made it possible to buy its card packs at a heavily-discounted price. While Valve said the impact wasn’t huge, it’s led to renewed debate within the game’s community about what Artifact should be.

Around 5:00 PM on Wednesday, Artifact’s economy started going into freefall. The total cost of the game’s starting card collection was $279 at 5:18 PM, according to a third-party website that monitors what individual cards are selling for on the Steam Community Marketplace. By 9:48 PM the total cost was down to $227, a drop of nearly 20 per cent.

The cause, it turned out, was a massive influx of new cards from players who had found a way to buy card packs at a roughly 55 per cent discount. Overnight, Artifact had been added to the Valve Complete Pack, a collection of games discounted by 55 per cent.

The Complete Pack allows players to buy only the games they don’t already own. Players who already owned everything except Artifact were thus able to purchase the game, which includes 10 packs of cards normally priced at $2.65 each, for just under half that amount.

It’s also possible to remove games from a Steam library, creating a loop that players could exploit to get A

Later in the morning, Valve tweeted through the Artifact Twitter account that the issue had been resolved. “There was a Reddit panic about an exploit that allowed purchasing packs at a discounted rate,” the company wrote. “The exploit was quickly fixed and only about $US2500 in card value entered the economy this way — a negligible amount relative to the market size and hourly volume.” 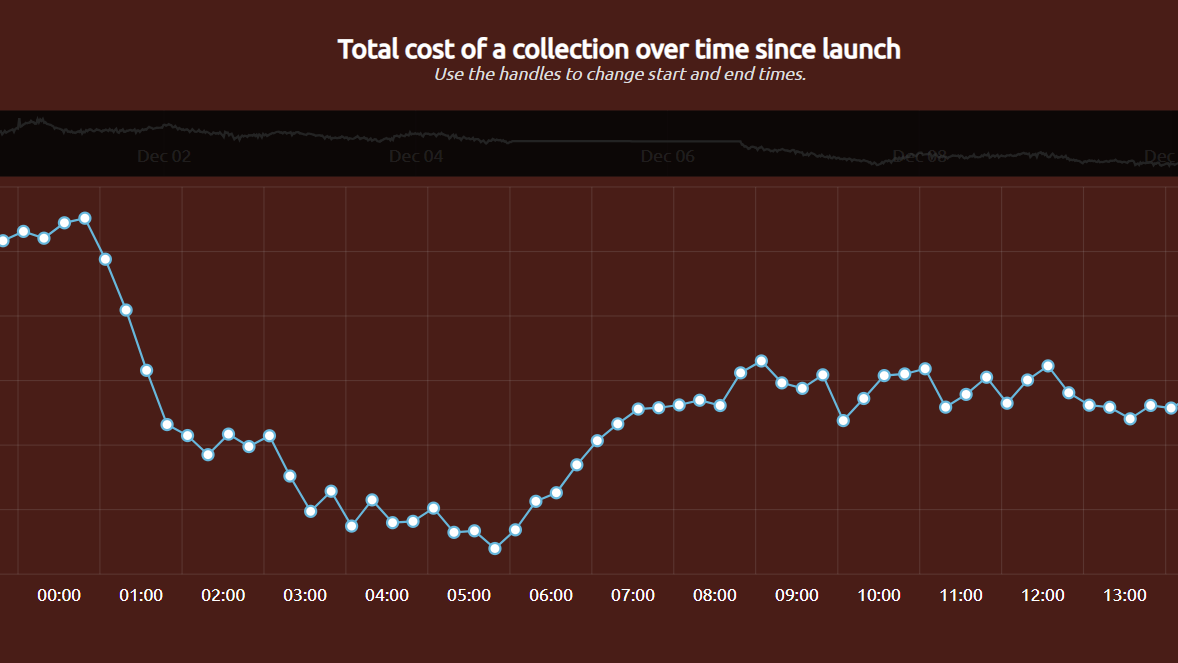 After Valve removed Artifact from the Complete Pack, card prices started returning back to normal, with the cost of an entire set back up to $266. But the damage was already done, at least in the minds of players who have taken to treating the card game like a stock market and think of their card collections as assets.

“I thought the whole idea in Artifact was for a TCG where cards ‘maintain value,’ now Valve is doing this?” one person wrote on the game’s subreddit. “I feel ripped off.”

Others saw the total cost of Artifact temporarily coming down as a victory. One of the major criticisms of the game since it released has been the lack of a free-to-play progression system and the fact that there’s no way to get new cards or play draft mode for prizes without spending more money.

Even as someone who likes being able to buy the cards I want (for relatively cheap) instead of playing the card-pack-opening lottery, it definitely feels like there’s something lacking when you win a match and it doesn’t accrue into anything in the long run, not even climbing a leaderboard.

Valve said earlier in the week that changes are coming to the game in a Thursday update that will finally make it possible for players to communicate with one another during matches via chat, and triggering voiced dialogue of certain cards they’ve placed on the board. More updates are also planned for the weeks ahead, apparently.

In the meantime, the peak concurrent number of players for the game as listed on Steam Charts has been falling a couple thousand every night since the game launched, from around 60,000 to around 10,000.