World Of Warcraft’s Blood Elf Daddy Got A Makeover

Blood elf fans have long drooled over the elegant tresses and warm, fatherly voice of Lor’themar Theron. The Regent Lord of Quel’Thalas got a serious upgrade with World of Warcraft’s recent Tides of Vengeance update, his flowing clothes and bobbing ponytail putting player characters to shame.

The newly physics-fabulous version of Lor’themar was discovered by blood elf players travelling to the capital city of Silvermoon in the process of acquiring their race’s Heritage Armour, freshly added to the game in the Tides of Vengeance update.

In hunting down their pretty armour, they discovered something prettier than they could ever be. 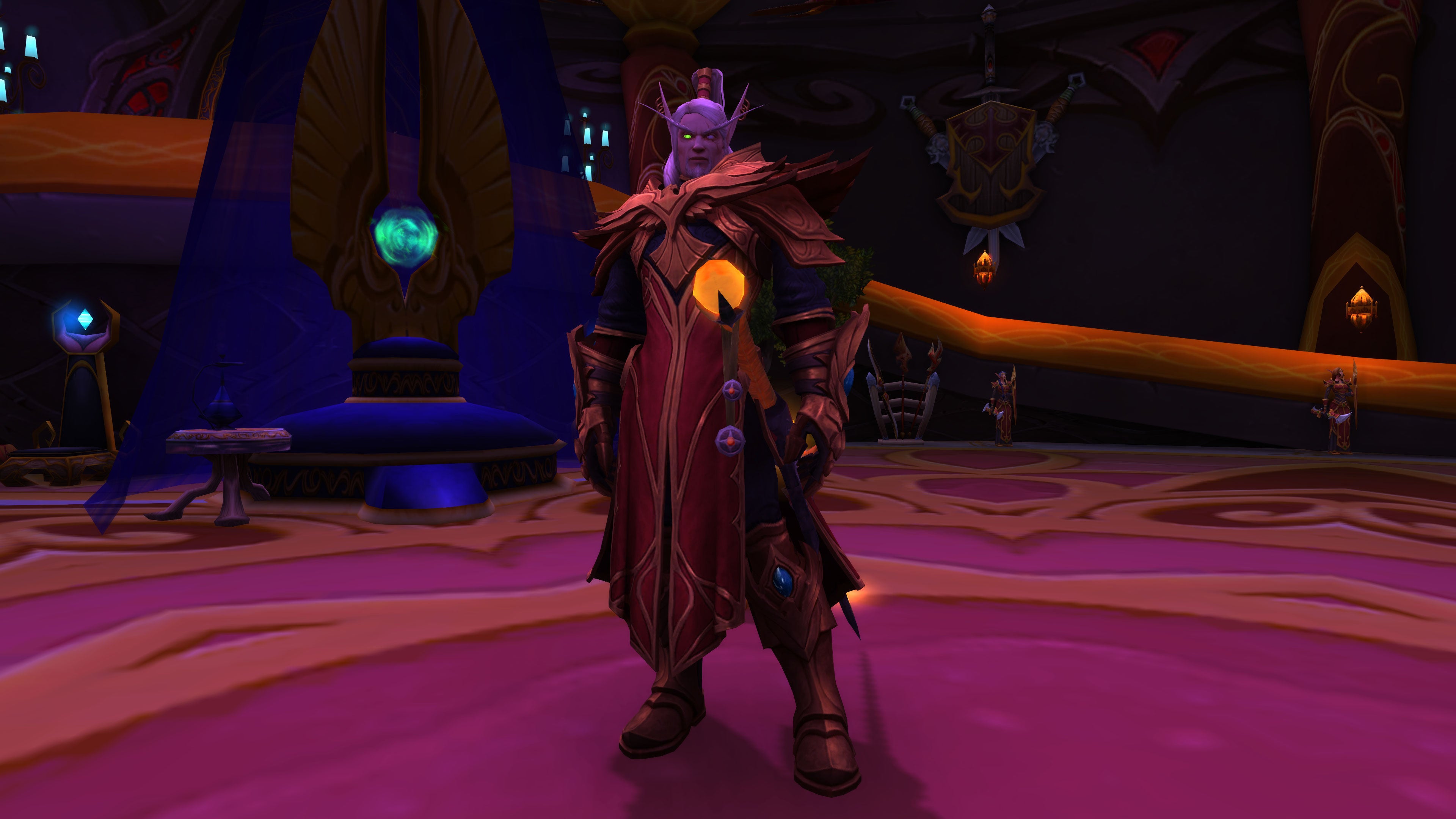 He’s simply stunning. For those of you unfamiliar with Lor’themar, here is an older image. We’ll call it the “before” photo. 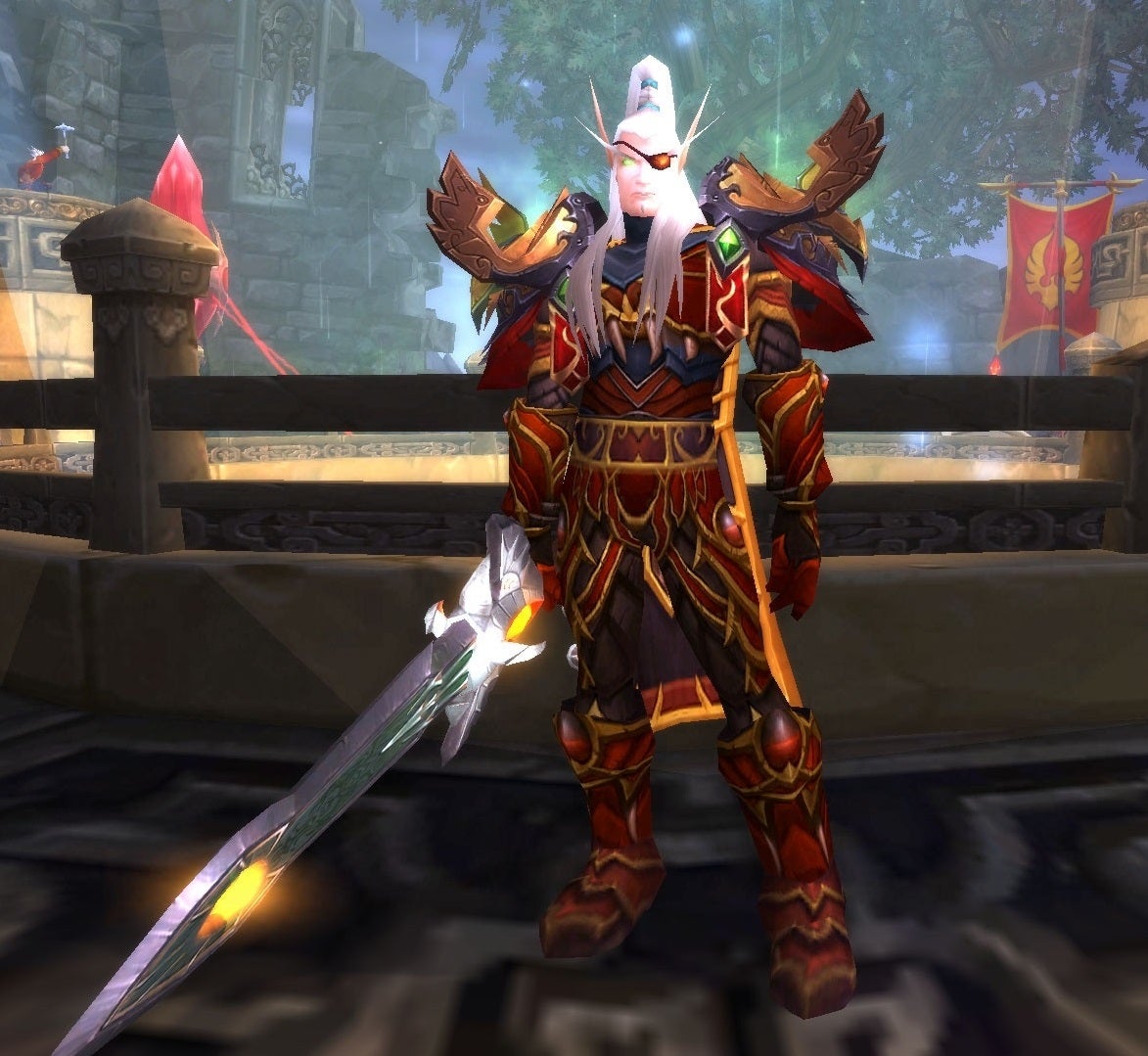 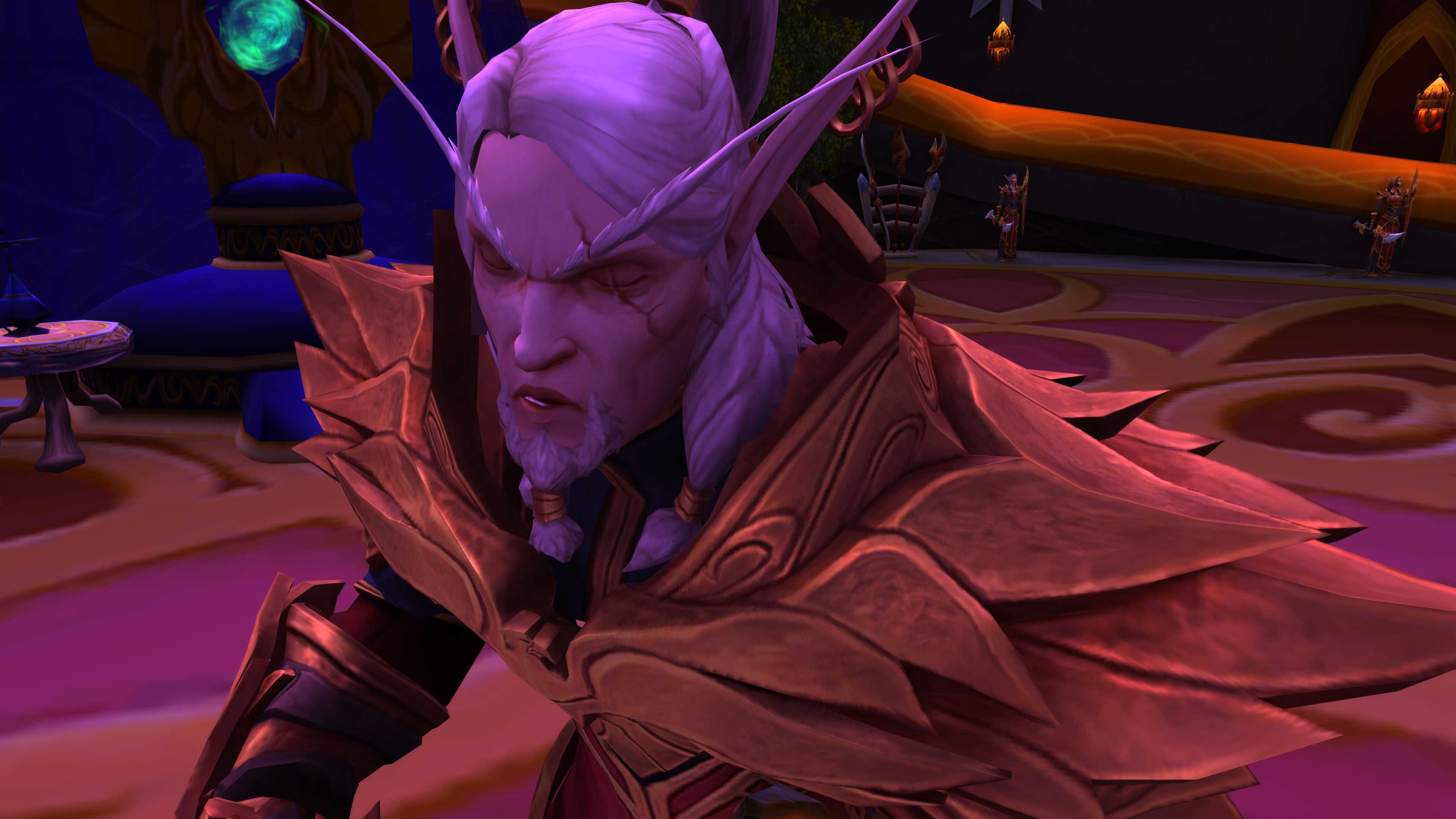 What’s this expression on his face? Use your imagination.

His armour textures are exquisite. His ponytail bobs and weaves. According to blood elf players on the World of Warcraft Reddit, it gets even wilder when he’s riding a horse, like “a big, floppy penis.”

His tabard flows like … well, cloth. Even his little beardlets wiggle as he moves.

Why the hot new look for Lor’themar? Wasn’t the position of power, missing eye and the powerful voice of actor Gideon Emery enough, Blizzard?

There’ve been physics like these implemented in World of Warcraft before, but nothing with this level of complexity. I reached out to Blizzard to ask why Lor’themar was getting special treatment. Were they testing out physics that would one day be implemented across the board, killing graphics cards around the world?

I’m still awaiting a response, but I’m guessing the answer will be the most obvious one: Lor’themar just deserves it.