Update: Ariana Grande got her tattoo “fixed,” but at best, it’s still an odd kanji tattoo. At worst, she’s made the tattoo worst.

Japanese can be read left to right like in English. It also can be read in vertical columns going right to left, top to bottom. 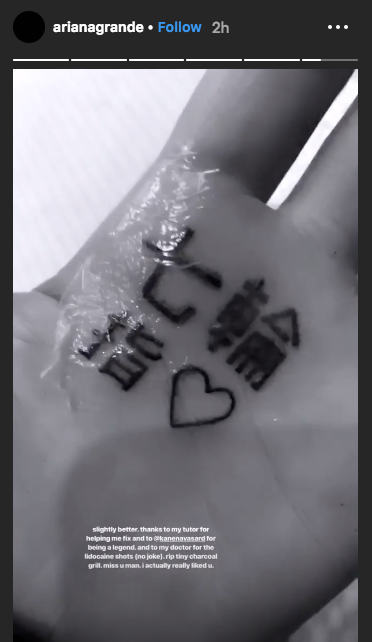 Grande added the kanji 指, meaning “finger,” to attempt at turning the kanji 輪, meaning wheel or hoop, into the word 指輪 (yubiwa), meaning “ring” as in for a finger. However, the kanji 指 and 輪 are split into different lines, so it looks strange. In English, it would be like writing “seven ri” and then “ngs” in another paragraph for “seven rings.” Japanese kids are taught not to split kanji characters in school because reading becomes convoluted.

Now, you could split kanji for a stylised design, but that’s with correct Japanese. People can figure out that the characters are split and understand the meaning. Since the way that “seven” is written is still wrong, this is awkward and confusing.

As in Grande’s music video, the correct way to write “seven rings” in Japanese is 七つの指輪 (nanatsu no yubiwa) and not simply what her tattoo has, 七指輪 (shichi yubiwa or nana yubiwa—I’m not sure because that phrasing doesn’t exist in Japanese). It’s awkward and wrong.

Grande posted a photo of her tattoo. In Japanese, it reads, 七輪 (shichirin). You can see the pic photo (via Grande’s official Japanese Twitter), which has since been deleted from her Instagram.

The kanji character 七 means “seven,” while 輪 means “hoop,” “circle,” “ring,” or “wheel.” However, when you put them together, the meaning is different! 七輪 (shichirin) is a “small charcoal grill” and not “seven rings,” which is written differently in Japanese.

Here is a shichirin:

There is even an English language Wiki page for shichirin.

A Google image search for 七輪 brings up these pics: 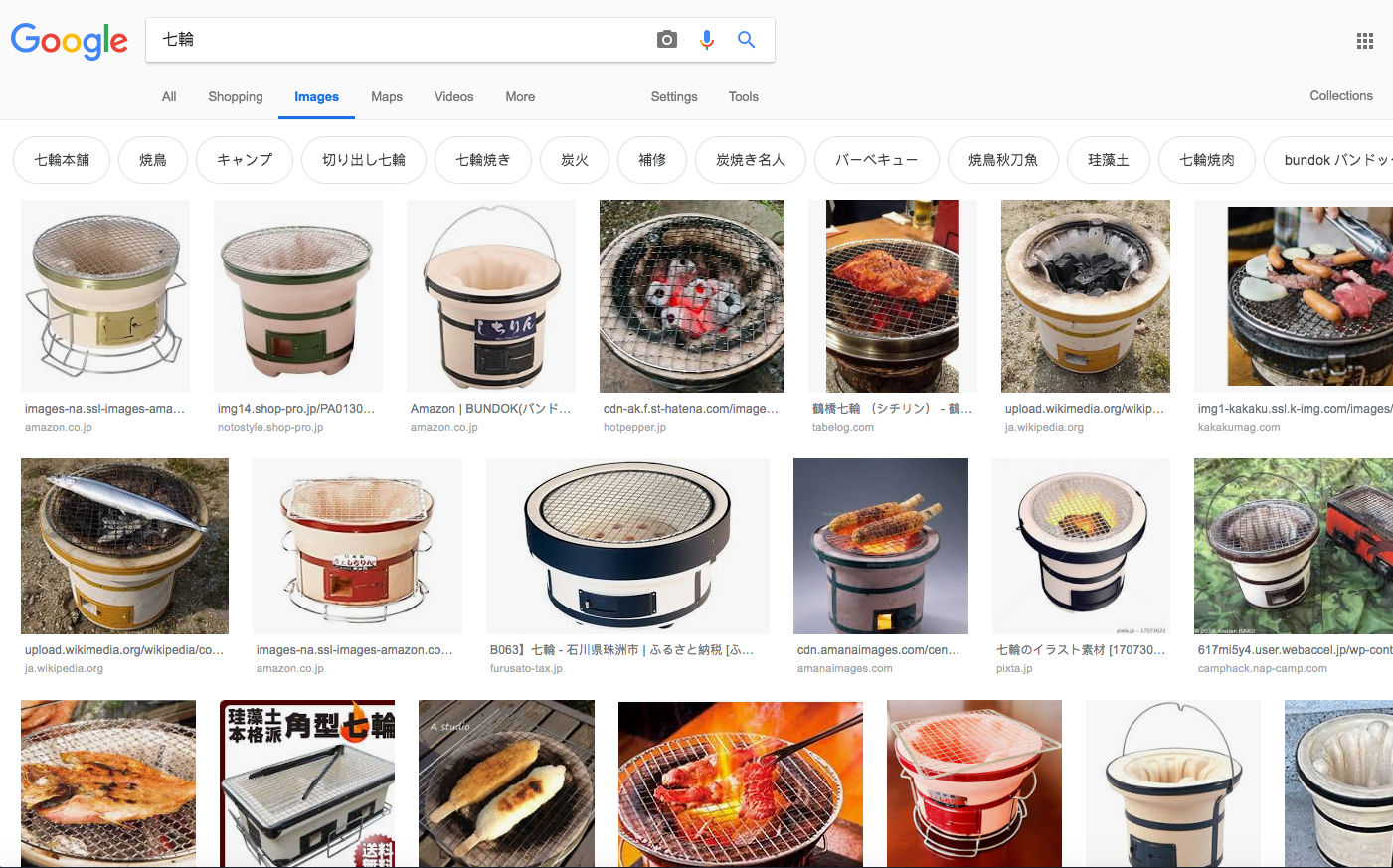 The most unfortunate thing of all is that Grande has people in Japan operating a Twitter account for her (next time ask them to check stuff!) and the video for “7 Rings” has the proper Japanese.

In the video, it’s correctly written as 七つの指輪 (nanatsu no yubiwa) or “seven rings.” It’s a shame she didn’t show that text to her tattooer.

How did this tattoo mistake happen? In a now deleted reply, Grande wrote, that she “left out ‘つの指’ which should have gone in between,” thus shortening the correct 七つの指輪 (seven rings) to 七輪 (small charcoal grill.” Whoops!

Continuing, she wrote that “it hurt like fuck” and “still looks tight,” adding that, she “wouldn’t have lasted one more symbol.” But those symbols have significance and unfortunately here, they totally changed the meaning of this tattoo.