Bowser Jr. Finally Gets His Due

When Bowser Jr. came onto the scene in 2002’s Super Mario Sunshine, the first words out of his mouth were “Leave my mama alone!” He’d kidnapped Princess Peach because Bowser had told him she was his mother and was trying to stop Mario from rescuing her. After Mario eventually defeated him, Bowser Jr. confessed to his dad that he knew deep down Peach wasn’t his mother all along, but said he still wanted revenge on Mario, a sentiment that earned his father’s approval. It was a twisted way for such a young character to make his debut. The new remake of Mario & Luigi: Bowser’s Inside Story tries to give the prince some much-needed time to sort out his identity in its new mini-campaign: Bowser Jr.’s Journey.

Bowser Jr. has appeared in dozens of games ranging from main entries in the Super Mario Bros. universe like Super Mario Galaxy to one-off sports games like Mario Hoops 3-on-3. Sometimes he’s a central antagonist. Other times he’s simply around for comic relief and to bring out his father’s sentimental side. Until now he’s never been the hero of his own story though.

As far as stories about kids and their parents go, Bowser Jr.’s Journey is more Home Alone than Hamlet, but in the best spirit of the latter it shows a character learning to grapple with reality when their parents suddenly go missing. 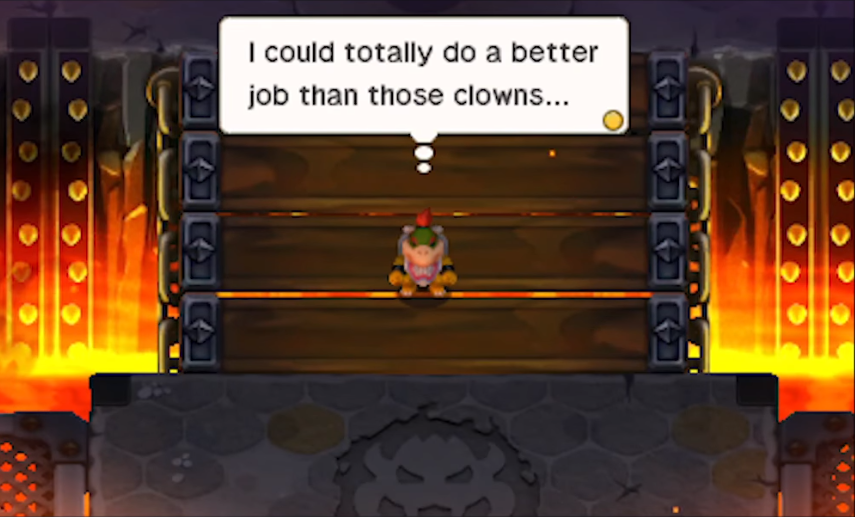 “One of the focal points was putting focus on a character that’s not usually been cared for as much,” Akira Otani, a producer at Nintendo, told Kotaku during an interview with several of the game’s developers using translators provided by the company.

Nintendo’s previous Mario & Luigi remake for the Game Boy Advance game Superstar Saga featured a new companion campaign featuring a forgettable new character named Captain Goomba and followed that character’s TKTK SUCCINCT SUMMARY OF WHAT CG WAS DOING. The additional story campaign for Bowser’s Inside Story is much more fleshed out, tying in more closely to the overall plot of the rest of the game and featuring a much more interesting and complex figure. The writing has also been given a lot more attention and polish.

“Bowser Jr. has been showing up in the Mario & Luigi series just a little bit and he shows up as kind of a prankster,” said Shunsuke Kobayashi, the director of AlphaDream, the studio behind all of the Mario & Luigi games. “But with this particular story what we wanted to do with this character was show a growth story that basically says he’s still a kid who is very much looking at his father and trying to be like his father and growing up.” 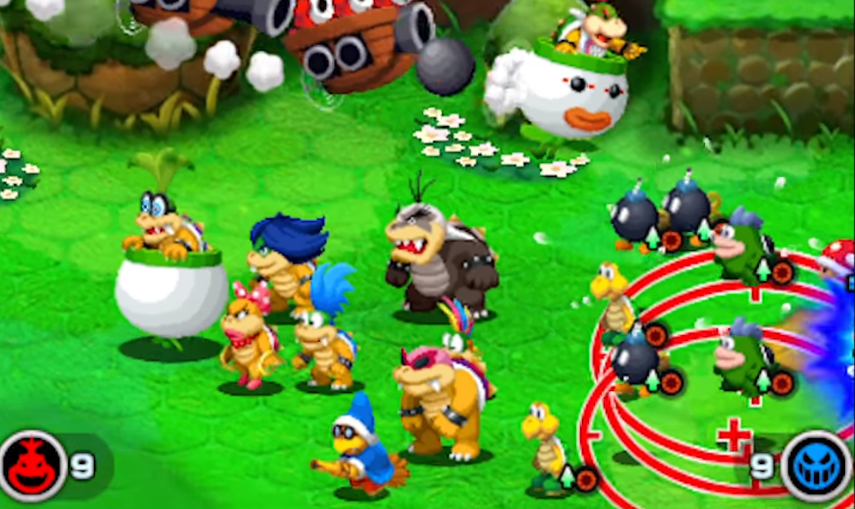 While his father is out trying to win back his castle from Lord Fawful with two Italian plumbers hopping around throughout his body, Bowser Jr. decides to try and impress his father by finding a way to heal the Goombas infected by Blorbs disease. But his ego gets in the way and he slowly alienates everyone around him.

Even the Koopalings threaten to abandon him at one point, tired of being disrespected and playing babysitter to a spoiled brat, a tension made all the more interesting by the fact that the Koopalings were Bowser’s original children before Nintendo retconned them into the thankless role of minions in the early 2010s. “Lord Junior…I know you’re in charge, but not even your dad talks to us like that…” Wendy tells Bowser Jr. at one point when he’s being an extra pain in the arse.

Kobayashi said the goal of this subplot was to give the character more depth by forcing him to overcome obstacles rather than just be thwarted by them. In Super Mario Sunshine, Bowser Jr.’s plan fails and that’s that. In Bowser Jr.’s Journey, hitting rock bottom isn’t the end but a prelude to him finding out what it really means to be King of the Koopas (hint: it’s about more than just trying to get a pat on the back from your dad). 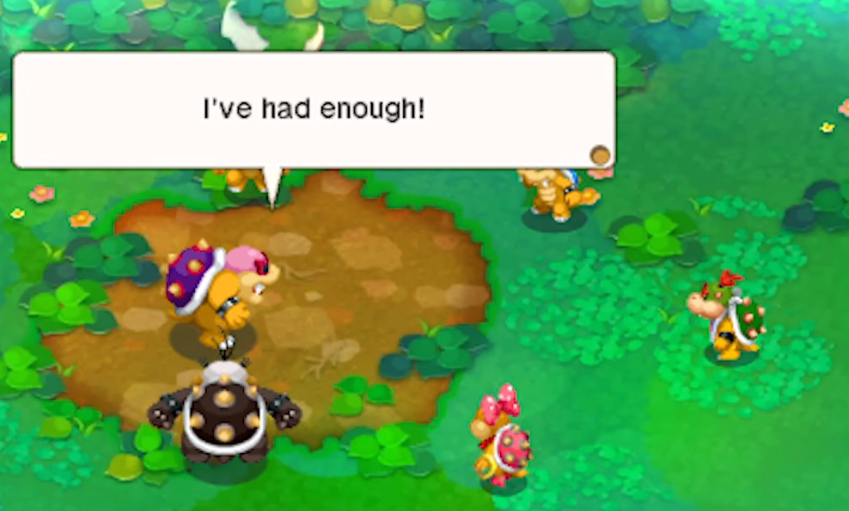 This decline is mirrored in the gameplay in smart ways too. Based around squad battles with light real-time strategy elements rather than platforming puzzles and RPG combat, Bowser Jr. can nominate one of the Koopalings to be his captain during fights, granting stat bonuses to the rest of the team and unlocking powerful abilities that can change the tide of battle. All of these advantages are tied to the individual Koopalings’ personalities, making their eventual absences not only poignant in terms of the story, which designer Akiko Sugimoto said was one of the main goals, but also in terms of the increased difficulty as the game goes on.

I’ played through Bowser Jr.’s campaign over the last few days. While the added content does a surprisingly good job of fleshing out his character, it also gave me a new appreciation for Bowser as a flawed parent and someone who has to deal with a selfish child while trying to rule a kingdom and defeat the Mario brothers. Yoshihiko Maekawa, a producer at AlphaDream, said one of the goals of the remake was to try and bridge the gap between the older and younger fans in the 10 years since the game was originally released.

“We wanted to portray father and son so that when a grown up plays the game they feel they can related to Bowser and when the kids play they’ll feel for Bowser Jr. so they both can enjoy in a different way,” he said. The Mario & Luigi games have always been targeted at a younger audience, but Bowser Jr.’s Journey feels written specifically with their parents in mind. It’s certainly not going to change anyone’s philosophy of child development, but in the world of Mario at least it’s one of the more complex tales of growing up Nintendo has tried to tell. Bowser Jr. still has no idea who his mum is, but by the end Bowser Jr.’s Journey his personality seems much less defined by that fact.