Meet The Fan Who Can Beat Mario Games Without Moving Right

Stefan was about five years old when he first played a Mario game. It was the classic Super Mario Land on an old Gameboy. He played the game with his older brother. At the time he found the game too hard. “I don’t think I was ever able to beat the first world back then,” said Stefan. Later on he would play Mario 64 and he fell in love with the series. But the idea of challenging himself in Mario games wouldn’t go away.

Back in 2013, Stefan was playing and loving every minute of New Super Luigi U. So after beating the game he didn’t want to stop. So he went back and beat it as fast as he possibly could.

“At this time I didn’t even know what speedrunning was,” explained Stefan. “I did some basic routing of the game, and got a time close to an hour.” Stefan thought he had a good time, but then he checked out the speedrunning community around the game and realised he wasn’t close.

(Currently any% speedruns of the game hover around the 28 minute mark.) 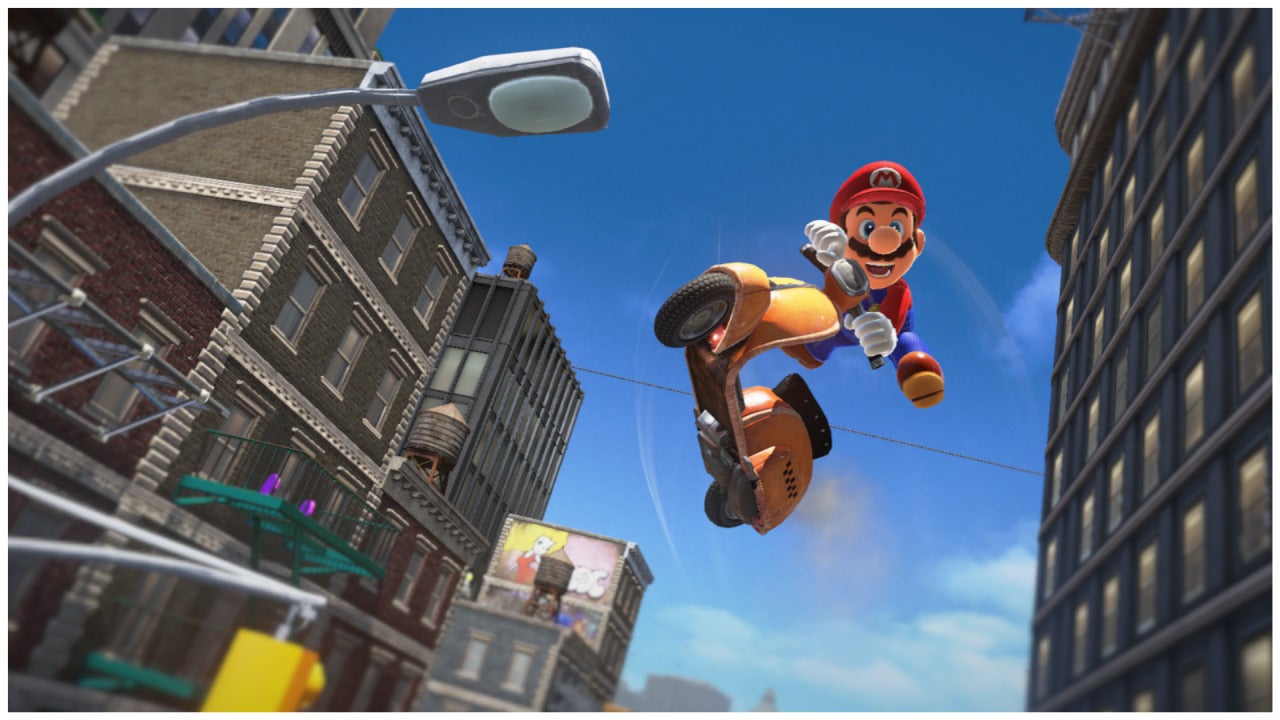 Stefan wasn’t discouraged by these faster times. Instead, he became excited about learning new tricks and digging deeper into a game he already loved. But Stefan wanted more challenge and more ways to replay these games he cherished. So he started thinking of funny ways he could challenge himself while playing games like New Super Mario Bros and Super Mario Odyssey.

“I usually go for something that sounds like it could be fun,” said Stefan. “Stuff like ‘Is the joystick needed in Odyssey?’” After coming up with a challenge, Stefan plays around with the game to figure out how doable it is.

Sometimes he runs into challenges that just won’t work, like his attempt to beat all the 200cc cups in Mario Kart 8. But when a challenge seems like it can be completed, he begins playing the entire game and looking for the areas where his self-imposed rules will add the most difficulty. 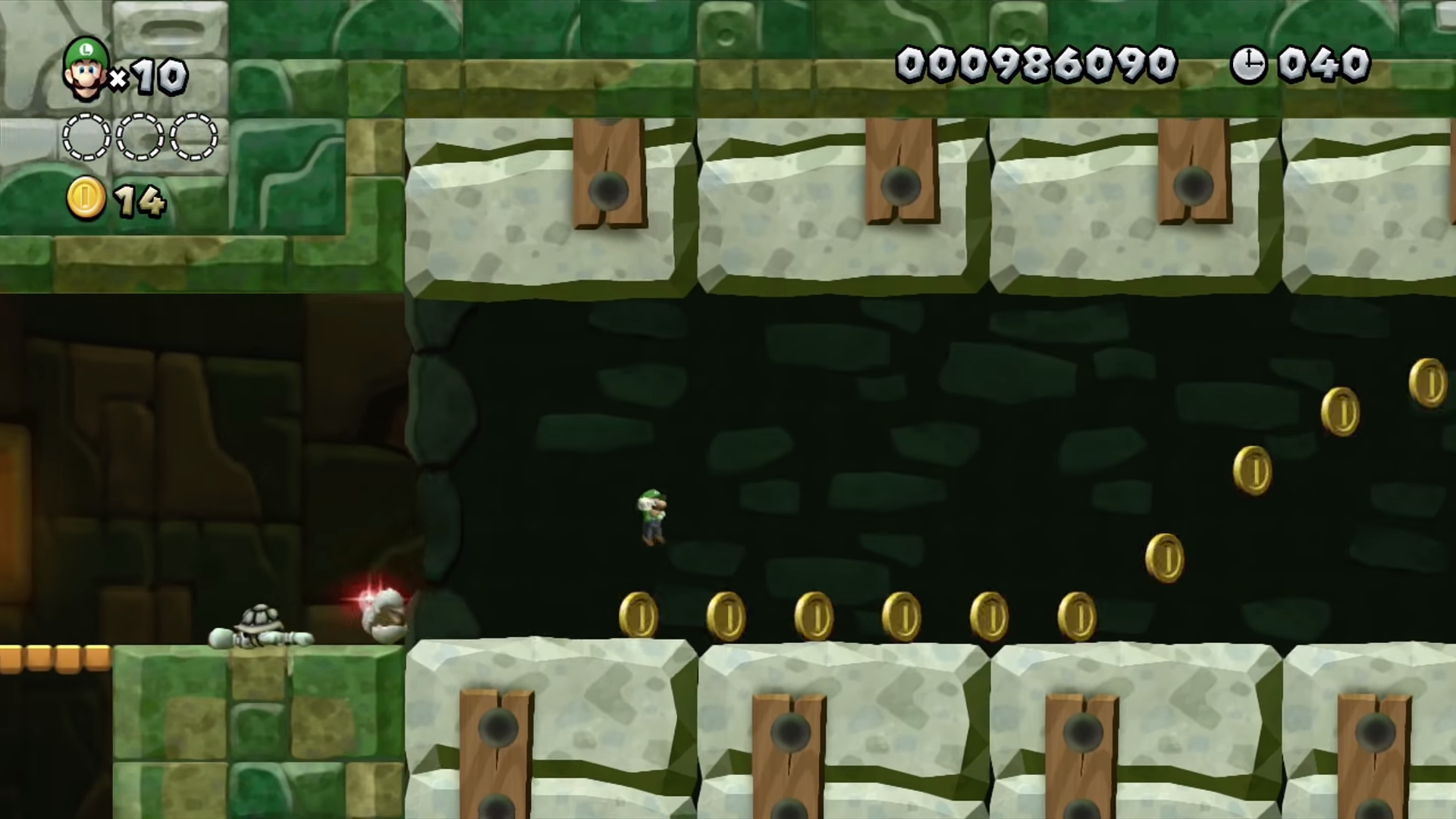 A great example of one of these hard spots is in one of the last levels in New Super Luigi U. For most players who encounter this hallway, they won’t find it very challenging. But when you’re trying to avoid every coin in the game, this hallway is a nightmare. Stefan spent hours trying to figure out how to beat it without grabbing a gold coin.

Eventually he discovered that as small Luigi he could jump between the coins. This was extremely difficult to pull off because the hallway is trying to crush the player and because Stefan had to dodge fireballs too. But after hours and hours of grinding he completed his challenge. He beat New Super Luigi U without touching a single coin.

Stefan has a whole YouTube channel filled with videos of him beating various Mario games in different and difficult ways. He’s beaten Super Mario 3D Word while always crouching, figured out a way to upload an impossible level in Mario Maker, beaten Super Marios Bros U using the minimum number of right button presses and avoided every coin in Super Mario 3D Land.

In his videos, Stefan explains how he is completing these challenges, the obstacles he is facing and how the different games work. Sometimes he uses bizarre tricks, like bashing Mario’s head against wall hundreds of times to slowly move him without using the left stick. Other times he just has to spend hours perfecting a single level using perfectly performed jumps.

While Stefan does self-imposed challenges in other games, he believes Mario games are still the best for these types of challenges. “I’m not entirely sure what wizardry Nintendo does with the Mario games,” said Stefan. “But whenever I have an idea for something to try in a Mario game it works out.” He has tried other similar challenges in games like Rayman Legends, but these other platformers just can’t be beaten using these absurd limitations.

“Something about the design in Mario games is special that makes them perfect for challenges, but I can’t say what it is exactly.” 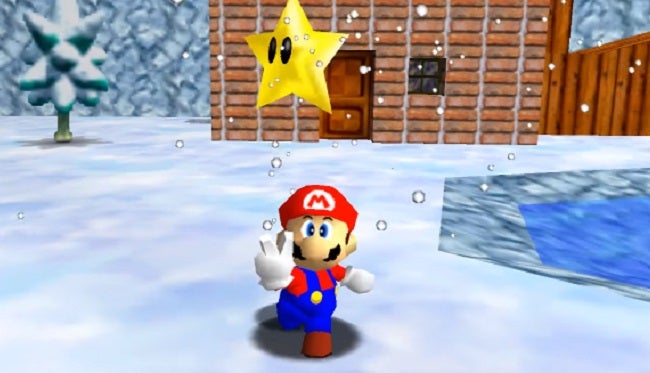 While Stefan plays a lot of New Super Luigi U and other newer Mario games, he still prefers Mario 64. He’s been replaying that classic game since he was six. “The movement in [Mario 64] just never gets old!”

And Stefan isn’t done with challenging himself. He has more ideas including figuring out the lowest number of jumps it takes to beat a 2D Mario game.

He also wants to take a look at challenges that don’t have a yes or no answer. Stuff that he and the community can optimise. When he released a video of what he thought was the lowest possible score in New Super Luigi U, he says the Mario community came together and helped him shave the score down from his 50k to 5k.

“That was amazing!” said Stefan. “It reminded me of how surprised I was when I learned that there are people out there that are able to beat Luigi U in half as much time as I did.”