Minecraft was released in 2009 and since then has been updated constantly. Updates have added new worlds, new creatures, modding tools and more. But finally, after 10 years of waiting, Minecraft finally has composting.

Sure, the last major update for Minecraft added cool underwater sea life, but can a dolphin turn useless plants into fertiliser? No. Instead you’ll need the new composter block. This new block, which was added in the latest PC snapshot update, allows players to turn old plants and veggies into useful bone meal, which in Minecraft can make plants and trees grow faster and bigger.

The new composter can be built using a few pieces of wood and fencing. Once built players simply throw in some unwanted seeds, plants or food into the wooden box. Once enough organic materials has been added players are able to harvest some bone meal. How plants and seeds become bone meal is just another strange Minecraft mystery. Best not to think about it.

Fans had already created mods adding their own custom composter blocks into the game, like this mod added last year. But now composting is part of the vanilla Minecraft experience.

While the new composting block is useful for turning excess crops into bone meal, players are also using the new block for decorations purposes. Some Minecraft fans think they look like bee hives and are using the compost blocks as fake bee hives. 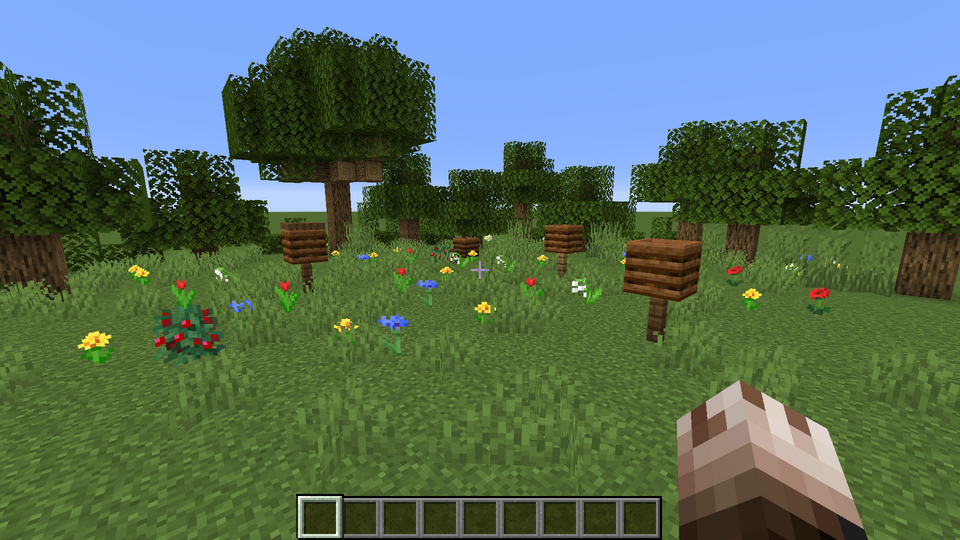 Currently, if you want to do some composting yourself, you’ll need to play the Java version of Minecraft and activate snapshots in the Minecraft launcher. Though like most snapshot features, these compost blocks will be added to other versions of the game eventually.